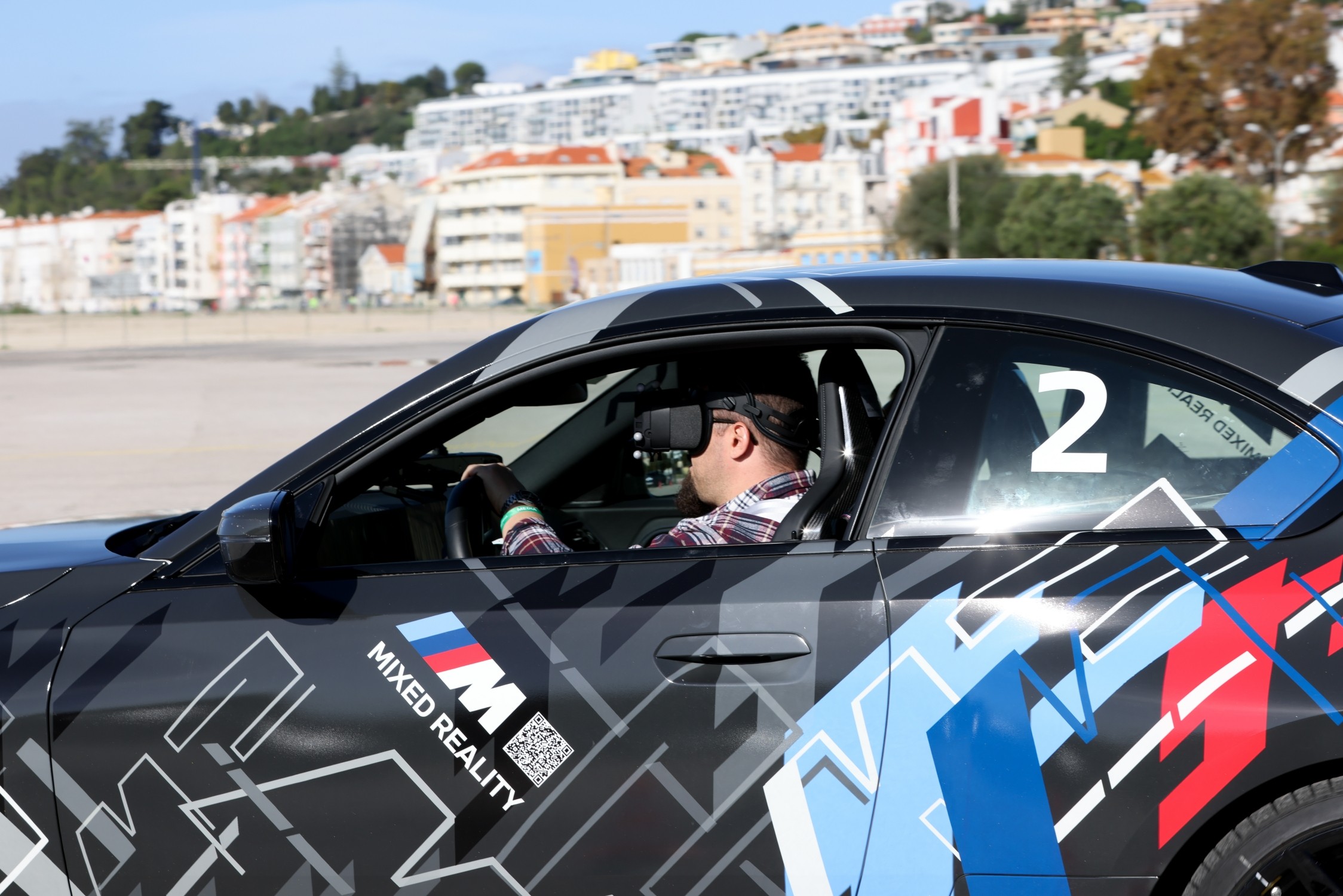 At this year’s Web Summit in Lisbon, the BMW Group is presenting a mix of real driving and a virtual environment for the first time. ///M Mixed Reality is the name of the extraordinary experience.

Integrated gaming elements for a unique BMW M driving experience
The unique mixed reality1 approach, which a team of BMW M engineers developed together with Epic Games for the BMW M2, allows drivers and their vehicles to immerse themselves in a virtual world. People need to be able to experience the new feeling of driving a BMW with VR/MR glasses while mastering challenges at high speeds as in a racing game. Integrated gaming elements, such as avoiding obstacles, collecting virtual “coins,” etc., reinforce the immersive in-car experience. True to the motto: Drive the Change, Change the Drive. The system takes all movement and rotary axes of the BMW M2 into account. The vehicle itself becomes the controller, in this case the fastest controller in the world.

“Anyone who asks what virtual experiences in the automotive sector might look like in future: That is the answer. People must be able to experience this new feeling — and with ///M Mixed Reality, we offer them a suitable solution for this,” says Frank van Meel, CEO M GmbH.

With ///M Mixed Reality, the BMW Group is bringing technology to the high-profile driving sector, consistently relying on the principle of human centricity, in which the use of innovative technologies is driven by people’s wishes and needs. As part of this approach, the BMW Group laid the foundation for ConnectedDrive more than 20 years ago by installing modern communication technology in vehicles. “At BMW M, we have always been testing the limits of what is technically feasible and thus, among other things, laying the foundation for new immersive experiences,” says Frank van Meel. A first insight can be found here (Link to the video).

The BMW Group is already using mixed reality technologies in many forms of application, merging real and digital worlds more and more. These include Augmented Reality 2 applications, cross-team development of vehicles, Virtual Reality 3 solutions for production planning and the iFactory Lydia. Using the powerful gaming engine from Epic Games (Unreal Engine), this became the BMW Group’s first factory, which was completely planned and simulated in a virtual environment. By the beginning of next year, the BMW Group will also digitize all production sites using 3D laser scans.