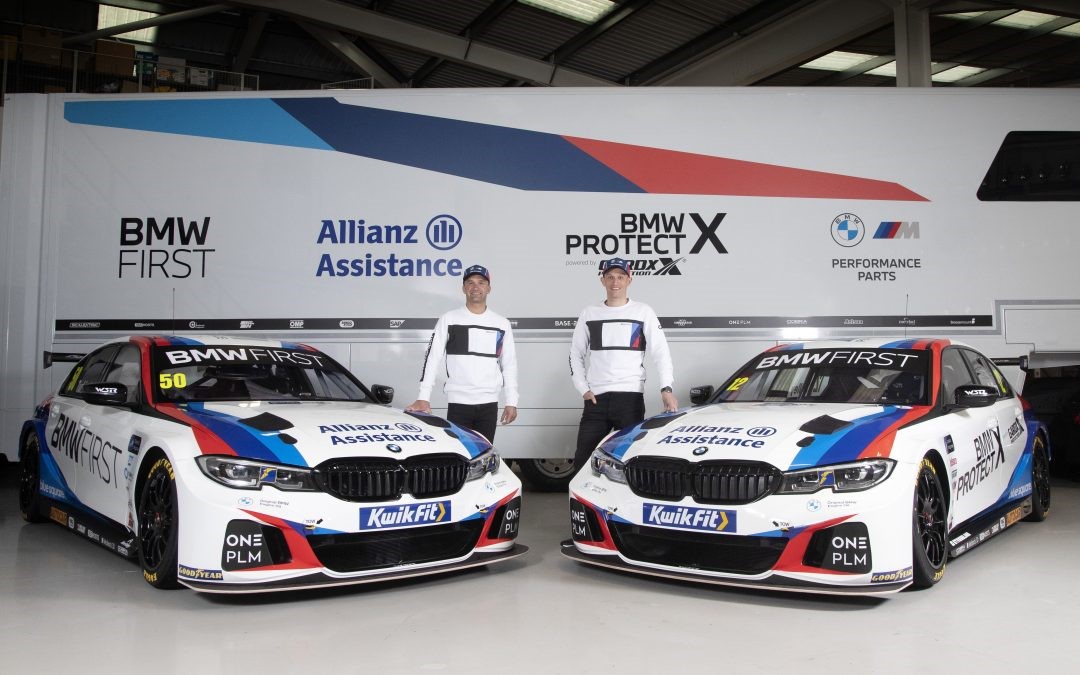 Team BMW are proud to present the definitive colours of the WSR-run BMW 330e M Sport that will compete for British Touring Car Championship glory in 2022 as BMW M celebrates its 50th anniversary.

A predominantly white race car is not only inspired by classic BMW race machinery of the past, but also aligns with the BTCC’s move to hybrid-electric powerplants and a push for greater sustainability.

Dominating the rear section of the car is the iconic BMW M combination of red, blue and violet created in 1972 by BMW designer Wolfgang Seehaus, which has become synonymous with success in touring car racing across generations.

Four-time BTCC Champion Colin Turkington and team-mate Stephen Jelley, with a combined 63 race victories in the series, were present to take the covers off.

Having broken the series’ all-time record by winning a sixth consecutive Manufacturers’ crown in 2021, WSR-run Team BMW seek to extend the record further this year as well as aiming to add the Drivers’ and Teams’ titles.

The 64th British Touring Car Championship season kicks off at Donington Park, in the East Midlands, on April 23-24.

Dick Bennetts, Team Principal, said: “It’s always an exciting day when we showcase our new livery for the season. It’s no different in 2022 and this year we have two extra factors in both the move to hybrid powertrains and greater sustainability as well as celebrating BMW M’s 50th anniversary. I was involved in several BMW Motorsport projects in the 1970s with Formula 2 and the BMW M1 Procar series, and I don’t think I’d have predicted to still be involved all these years later. The livery combines both the traditional M colours with a modern look and I think fans of the BTCC are going to love it.”