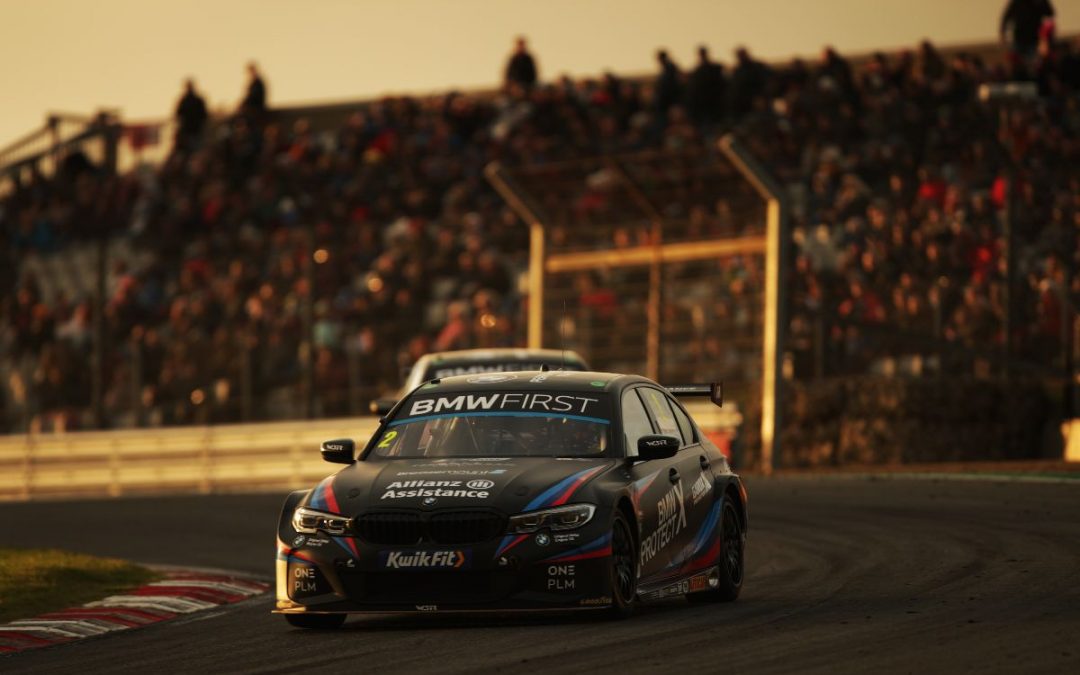 Team BMW made history at Brands Hatch on Sunday as they secured a record-breaking sixth consecutive Manufacturers’ title at a thrilling British Touring Car Championship finale.

The efforts of Colin Turkington – who secured the runner-up spot in the Drivers’ Championship – Stephen Jelley and Tom Oliphant across the season ensured the unprecedented milestone was reached by the WSR-run team’s BMW 330i M Sports.

It is the 15th overall BTCC title won by WSR – every one of them coming with BMW cars – and the 14th in the past eight years for the Sunbury-on-Thames team.

Northern Irishman Colin came into finals day as one of five drivers in with a chance of taking the title, but a strong seventh-place finish in Race One from eighth on the grid meant it quickly became a two-horse race for the overall crown.

With the four-time champion’s success ballast reduced significantly from 66kg (which made his BMW 3 Series the second-heaviest car in the opener) for Race Two, Colin passed key title rival Ash Sutton and fought his way up to fourth by the chequered flag.

Sadly his final race lasted little more than a lap; forced off the track at Graham Hill bend and then breaking his right-rear suspension while off the track.

His runner-up spot in the Championship means he has never finished lower than second overall since returning to WSR at the beginning of the Team BMW programme in 2017.

Team-mate Stephen Jelley staged a legendary fightback during Race Two, climbing 11 places from 23rd place on the grid on the first lap and eventually ending up ninth – a result that gave him pole on the partially-reversed Race Three grid.

The Leicester racer had lost a top-10 finish in Race One when an electrical glitch caused a misfire and led him to back off over the final lap-and-a-half.

He was then on course for a strong result in the final when he was spun to the back by a rival at Surtees corner; an incident that left him 12th in the Drivers’ Championship.

Tom Oliphant staged an equally heroic recovery from 27th on the Race Three grid to finish 15th and claim the final point.

The Leamington Spa-based racer was an innocent victim in a Race Two incident at Surtees that involved six cars and left him with extensive damage to his front-right corner, but incredible teamwork by the WSR mechanics got him back out for the finale.

He’d earlier finished 11th in Race One to end the year 16th in the Drivers’ Championship. Team BMW rounded out the year fourth in the Teams’ points.

Colin Turkington said: “We’ve made history today for BMW in the Manufacturers’ Championship, which is a great thing to be a part of for myself and the team. My target this weekend was to win the Drivers’ Championship, but it wasn’t to be this time. We did everything we could, got the maximum from the BMW in Races One and Two with the ballast we had, but it was always going to be a tall order because of the way the points were coming into the weekend. We’ve won races this year, shown what we were capable of and we can walk away knowing we did the best job we possibly could.”

Tom Oliphant said: “I’m proud to have been a part of not only a Manufacturers’ Championship success, but a record-breaking one for BMW and I’ve had two mega weekends this year in particular that have been quite important in that. Today wasn’t great, but the mechanics did an incredible job to fix the damage on my car in what was quite a short gap between Races Two and Three – they were still doing the tracking when the rest of the cars were going to the grid, but they made it. The car was spot-on in Race Three and I enjoyed coming through the field.”

Stephen Jelley said: “I’ve enjoyed the year massively. Coming back to WSR for the first time in over a decade and not only representing such an iconic brand as BMW, but being part of a record-breaking title success is the highlight of the season for me. It’s been a bit of a frustrating weekend, especially in the last race. The balance of the BMW was great in the corners, but I just didn’t have an answer for the cars I was racing with on the straights, and to get turned around like that with a move that was never on is really disappointing.”

Dick Bennetts said: “We’ll always remember 2021 as the year we helped BMW make history as the first winner of six consecutive Manufacturers’ Championships. It’s an honour to represent BMW and on behalf of WSR I’d like to thank BMW UK for their incredible support of our team over a number of years. We’ve secured second place in the Drivers’ Championship with Colin, won five races, led a lot of laps and had all three of our drivers finish on the podium. Today was an anticlimax on-track, largely down to some very poor driving standards and I hope this is something that can be addressed for 2022.”