Big BMW M Motorsport show at the Norisring, with title wins, racing legends and a farewell to the BMW M6 GT3 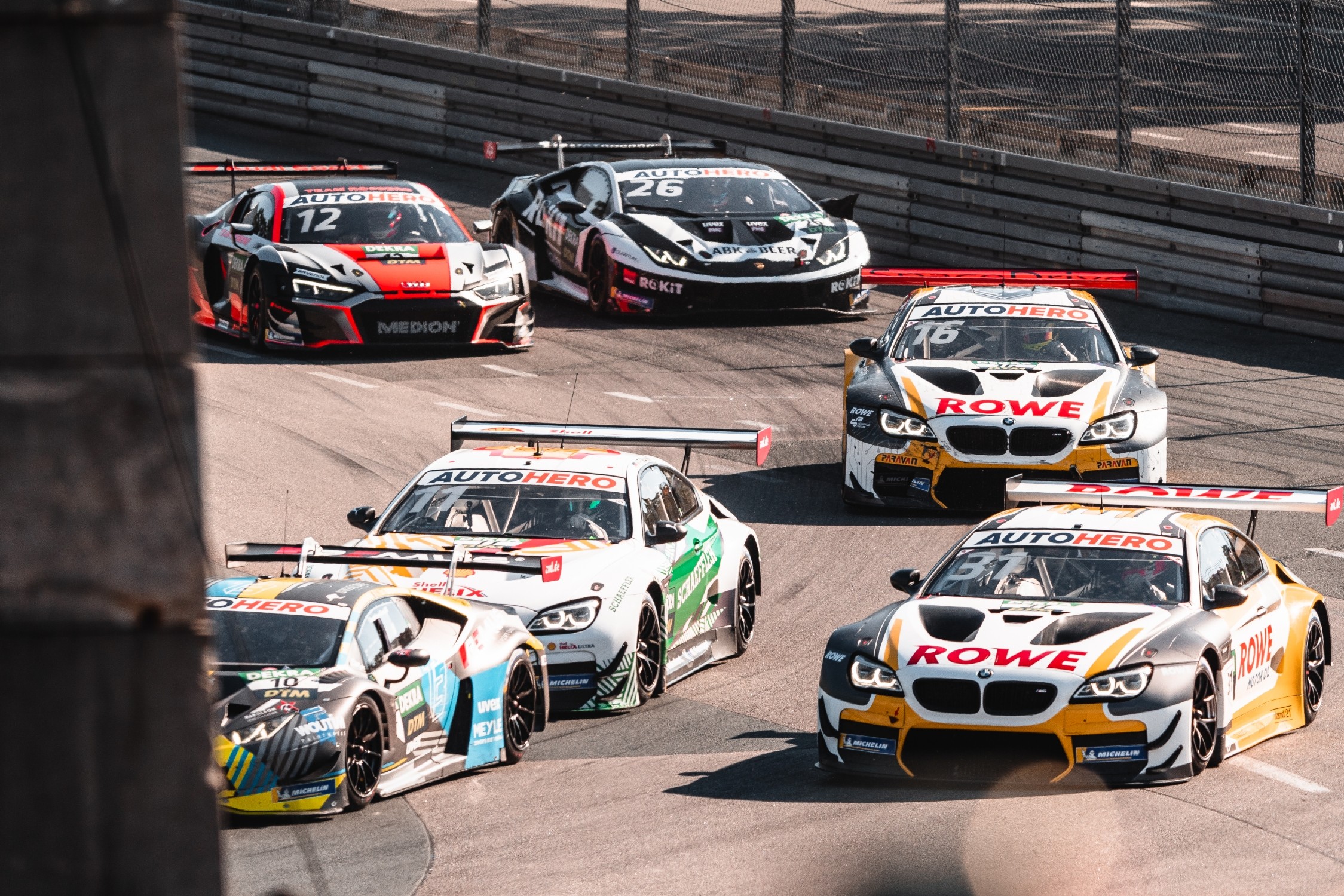 The DTM finale at the Norisring (GER) was quite a spectacle. Motorsport fans in the full grandstands and packed paddock were treated to a feast of action both on and off the track, and BMW M Motorsport played a major role. As well as bidding farewell to the BMW M6 GT3 from the DTM, the spotlight was also on the title deciders in the BMW M2 Cup and the DTM Trophy. The historic BMW M Motorsport endurance legends also provided some very special eye candy.

It was a visibly happy Marco Wittmann (GER) who emerged from the Walkenhorst Motorsport BMW M6 GT3 after the 16th and final race of the DTM season. Seventh place in his home race at the Norisring was a successful end to what has, on the whole, been an extremely successful season. He finished fourth in the championship, with 171 points, two wins, two pole positions and five podiums to his name. “Finishing seventh was a satisfactory way to end the season. We were not expecting that before the race, so I am really happy,” said Wittmann. “I can be particularly pleased with fourth place overall in the championship. For me, the highs and the victories this season definitely outweigh anything else. The performances we gave this year were huge.”

As well as Wittmann, ROWE Racing drivers Sheldon van der Linde (RSA) and Timo Glock (GER) also raced in the DTM in the farewell season for the BMW M6 GT3, which will be replaced by the new BMW M4 GT4 in 2022. They finished eleventh and 17th in the Drivers’ Championship.

The BMW M2 Cup crowned the champion of its inaugural season at the Norisring. Louis Henkefend (GER) won three races and scored a total of 177 points in the #17 BMW M2 CS Racing. “I am incredibly happy! That is a big load off my mind,” said Henkefend. “Thank you to everyone who has supported me throughout the years. This title means an awful lot to me.”

The goal of the BMW M2 Cup is to offer talented young drivers the opportunity to prove themselves and go head-to-head on a big stage in identical cars at the highest technological level. This goal was well and truly achieved. “It was fantastic to be there live at the Norisring for the finale of this season’s BMW M2 Cup, and to experience the magnificent atmosphere in Nuremberg. That is motorsport at its best,” said Thomas Felbermair, Vice President Sales and Marketing BMW M GmbH. “Congratulations to Louis Henkefend on winning the Driver title in the inaugural season of our new one-make cup with the BMW M2 CS Racing. His consistently strong displays make him a worthy champion. It was a great pleasure to see him and all the other drivers racing against each other at such a high level over the course of the season. The performances of the many talented young racers are confirmation that we were spot on with the alignment of our BMW M2 Cup. Thank you to tolimit for organising and implementing the racing season, as well as all the partners for their support. I can hardly wait for the second season next year.”

Britain’s Ben Green, in a BMW M4 GT4 run by FK Performance Motorsport, won the title in the DTM Trophy in a truly nail-biting finale. He led his closest rival William Tregurtha (GBR, Mercedes) by just six points going into the final race on Sunday. Fittingly, the two title contenders ended up battling it out amongst themselves for the race win and with it the title. It was Green who eventually emerged triumphant, winning the race and defending the top spot in the overall standings. In total, Green won five races over the course of the season. Michael Schrey and Theo Oeverhaus (both GER) each one won race in the BMW M4 GT4. They ended the season fifth and sixth in the Drivers’ Championship. FK Performance Motorsport also won the Team title with 268 points. In the Manufacturers Championship, BMW was victorious with 302 points. One of the biggest favourites with the crowds in the Norisring paddock were the BMW M Motorsport endurance legends. BMW Group Classic presented some of the most spectacular and iconic BMW race cars, offering a taste of things to come when BMW M Motorsport enters the LMDh class from the 2023 season. Fans were able to admire and watch the following cars in action as they took to the track for a number of show runs: a replica of the 1973 BMW 3.0 CSL, the BMW M1 ‘Münchner Wirte’ from 1981, the 1992 BMW M3 E30, the BMW McLaren F1 GTR Long Tail from 1997, the BMW V12 LMR from 1999, and the 2015 BMW Z4 GT3. At the wheel of the cars were Peter Oberndorfer (GER), Prinz Leopold von Bayern (GER), Johnny Cecotto (VEN), Peter Kox (NED), Marc Hessel (GER), Bruno Spengler (CAN) and BMW M Managing Director Markus Flasch.

“It was fantastic to be back at the Norisring after two years, and to see the fantastic fans, some of whom had come here specially to meet me,” said Spengler. “It was very special to drive the BMW Z4 GT3, with which I contested the 24 Hours of Spa-Francorchamps alongside Alex Zanardi and Timo Glock in 2015, in front of this great backdrop. That is a really cool car, which is great fun to drive.”