THE HISTORY OF THE PIRELLI CALENDAR 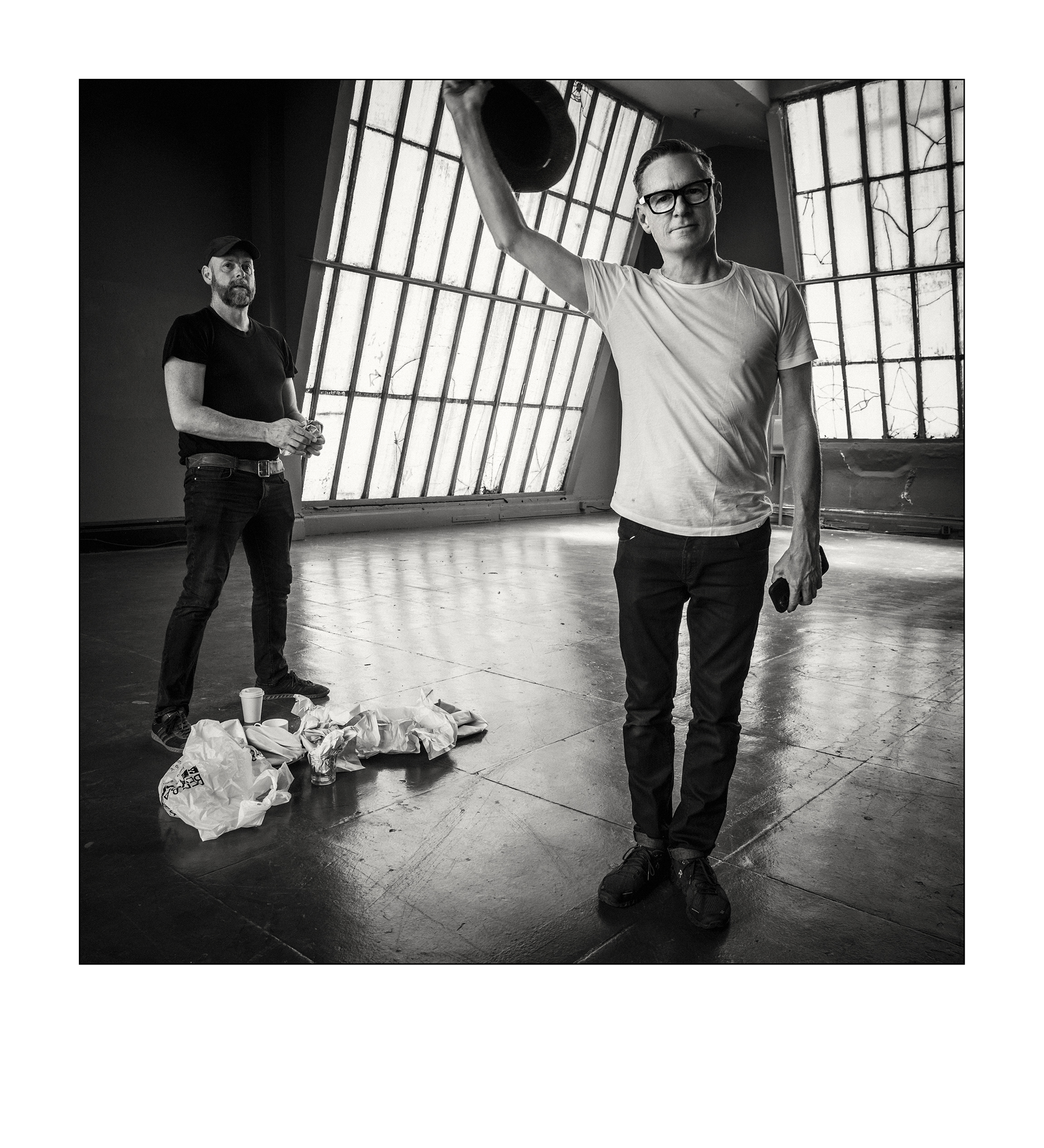 The Pirelli Calendar, also known as “The Cal”™, was the brainchild of Pirelli UK Limited, the Group’s British subsidiary, which worked on the project with ample leeway. In 1964 the Brits, looking for a marketing strategy to help Pirelli stand out from domestic competition, appointed the art director Derek Forsyth and British photographer Robert Freeman, famous for his portraits of the Beatles, to produce what was an entirely innovative project for its day.

The result was a refined, exclusive product with artistic and cultural connotations that from the start set it apart from the world of fashion and glamour. For 50 years since then, “The Cal”™ has continued to mark the passing of time with images by the most highly acclaimed photographers of the moment – capturing and interpreting contemporary culture and often setting new trends. The three lives of “The Cal”™

The history of the Pirelli Calendar can be divided into three periods:

The early years of “The Cal”™ were the days of the Beatles, rock music and the mini skirt, but also youth protest movements and anti-Vietnam peace rallies. The Calendar soon cast off its original role as a “corporate freebie” for key clients, becoming an exclusive publication destined for a select few recipients. The models were mostly young newcomers, photographed in atmospheric, elite settings: exotic beach backdrops and natural locations. But even these early glossy images yielded a glimpse of the Calendar’s true aesthetic and cultural philosophy: “The Cal”™ aspired to be a sign of changing times.

In 1968 Harri Peccinotti took inspiration from the poetry of Elizabeth Barrett Browning, Allen Ginsberg and Ronsard, while the following year he rejected formal poses for more natural, spontaneous shots captured on California’s sunny beaches. In 1972 Sarah Moon became the first woman photographer to shoot the Calendar, shattering taboos along the way.

The announcement in March 1974 that publication was to come to a halt caused much more of an outcry in the British and international media than the launch had, a sure sign of the growing success of the Pirelli Calendar.  In the following decade, various books, collections and anthologies, in different languages, were devoted to it, the most famous being a 1975 publication covering the ten years of “The Cal”™, complete with a nostalgic foreword written by none other than David Niven.

1984 finally saw the hotly awaited return of the Calendar. Under a new art director, Martyn Walsh, the Calendar went back to its roots, including discreet, almost subliminal references to the Group’s hero product: tyres.

On the beaches of the Bahamas, alongside the beautiful models photographed for the 1984 Calendar by Uwe Ommer, mysterious tracks appeared in the sand: the tread pattern of Pirelli’s latest creation, the P6 tyre. In terms of product placement it was a subtle but all-pervasive presence, evoking the technology that dominated the era.

In 1987 Terence Donovan created a ground-breaking Calendar featuring only black models, which included a 16-year-old Naomi Campbell at the start of her career. The following year Barry Lategan included a male model for the first time in this traditional showcase of female beauty.  In 1990 Arthur Elgort produced the first Pirelli Calendar all in black and white, devoted to the Olympics and to the German film director Leni Riefenstahl.

In 1993, coinciding with the end of another decade and after a change in the company’s top management, there was another important turning point. Pirelli upped its ante internationally, launching high profile advertising campaigns (including the famous image of sprinter Carl Lewis in red stilettos) and the Calendar became one of the key tools for conveying the Group’s new image. The artistic direction moved into the company’s Milan headquarters and it was decided that all references to tyres should be dropped. “The Cal”™ thus went back to being itself, an artistic publication with no limitations or restrictions placed on its creators except the canons of style and good taste. Pirelli, after all, is an international brand that is not identified with a single product family, but evokes a broad spectrum of values and meanings, first and foremost a commitment to innovation and the quest for excellence, elements that have always inspired the Calendar too.

In 1994 Herb Ritts launched the new era of “The Cal”™ with a phenomenal line-up of supermodels: Cindy Crawford, Helena Christensen, Kate Moss and Karen Alexander. His calendar, entitled  “A Homage to Women” set out to capture “the women of the ’90s and their place in the world: proud, sexy and beautiful on the inside”. Since then the creative talent of the photographers and the spellbinding allure of the models have been the cornerstones of the Pirelli Calendar’s success. Its connection with the world of fashion and glamour have become even stronger: for runway stars, appearing in “The Cal”™ is the equivalent of making it, and the competition between newcomers is fierce.

The biggest names to grace the last few editions of the century include Christie Turlington and Naomi Campbell (again) in 1995 (photography by Richard Avedon); Carré Otis, Eva Herzigová and Nastassja Kinski in ’96 (photography by Peter Lindbergh), and Inés Sastre and Monica Bellucci (the first Italian model) in ’97.

In 1998 Bruce Weber devoted a few shots to male film stars and singers, including Robert Mitchum, John Malkovich, Kris Kristofferson, B.B. King and Bono, while Alek Wek and Laetitia Casta were the faces of 1999, shot by Herb Ritts, and 2000, by Annie Leibovitz.

The twenty-first century opened with a Pirelli Calendar photographed in Naples by Mario Testino, starring among others Gisele Bündchen and Frankie Rayder. In 2002 the Calendar featured numerous actresses and two celebrity granddaughters: Lauren Bush (aged 17, the granddaughter of George Senior) and Kiera Chaplin (granddaughter of the great Charlie). The 2003 cast, photographed once more by Bruce Weber, was a particularly impressive one: with three Italian beauties (Mariacarla Boscono, Eva Riccobono and Valentina Stilla) alongside famous models like Sophie Dahl, Heidi Klum, Karolina Kurkova and Natalia Vodianova, and male stars from film and sport (Alessandro Gassman, Stephane Ferrara and Richie La Montagne).

The 2004 edition, on “The Cal”™’s fortieth anniversary, focused on the hopes and dreams of divas like Catherine Deneuve and Isabella Rossellini and was entrusted to the technological creativity of Nick Knight. In 2005 it was Patrick Demarchelier’s turn: in “O espirito do Brasil” he photographed models of the calibre of Naomi Campbell and newcomers like Adriana Lima on the sun-drenched beaches of Ipanema and Copacabana. Renowned English/Turkish duo Mert and Marcus were at the helm in 2006, choosing the retro 1960s allure of the Côte d’Azur and sensual beauties like Jennifer Lopez, Kate Moss and Gisele Bündchen.

2007 was the year of Hollywood’s finest, showcasing five divas: Sophia Loren, Penelope Cruz, Hilary Swank, Naomi Watts and the up-and-coming Lou Doillon, photographed by the Dutch partners Ines and Vinoodh Matadin in California. In 2008 Patrick Demarchelier photographed The Cal™ once more, opting for locations in Asia for the very first time. Entirely shot on location in Shanghai, the cast mingled East and West, including the Chinese actress Maggie Cheung and the top model Doutzen Kroes.

In 2009 famed artist Peter Beard took “The Cal”™ to Botswana, shooting internationally acclaimed models like Daria Werbowy, Lara Stone and Mariacarla Boscono. Beard, who lived in Kenya for 30 years, is one of the world’s greatest photographers of the mystery and allure of Africa. The 2010 edition was entrusted to the American photographer Terry Richardson, “enfant terrible” known for his raunchy, provocative style, working with laid-back, sassy characters like Miranda Kerr, Lily Cole, Rosie Huntington and Ana Beatriz. Behind the 2011 calendar was the creative genius of Karl Lagerfeld: artist, aesthete and multi-talented fashion legend. In his Paris studio Lagerfeld created “Mythology”, a calendar that reflected his passion for classical Greek and Roman culture. His dazzling cast of male and female personalities included the models Baptiste Giabiconi and Brad Kroenig and the actress Julianne Moore. The 2012 edition was the work of Mario Sorrenti, the first Italian photographer, who chose Corsica as the setting for “Swoon”, starring Milla Jovovich, Kate Moss and Isabeli Fontana.

In 2013 “The Cal”™ was entrusted to Steve McCurry, one of the world’s most famous photo reporters, whose shots for Pirelli revealed the changing social and economic situation in Brazil. His cast, which included the Brazilian actress Sonia Braga, the singer Marisa Monte, and the models Adriana Lima, Petra Nemcova and Summer Rayne Oakes, all shared a common commitment to charity work, supporting NGOs, Foundations and humanitarian projects.

To mark the 50th anniversary of the Pirelli Calendar in 2014, it was decided to edit the photos that had been taken by Helmut Newton in 1985, but which for various reasons had never been published.

The following year, in 2015, the Calendar went off in yet another direction, and many of the themes that had only been touched on in previous editions now took centre stage in the photographers’ visions.

The first was Steven Meisel, who decided to adopt a classic format – 12 models in 12 photos – with cinema heroines and icons of advertising and of the transgressive world of fashion. He introduced a highly topical theme – that of “curvy” models (Candice Huffine) – thus opening up a new season in the life and aesthetic of the Calendar. The next step came with the 2016 Calendar, for which Annie Leibovitz decided to portray 13 successful women, from all walks of life. The tennis champion Serena Williams posed in front of her camera, as did the singer Patti Smith, the performer and musician Yoko Ono and the critic and writer Fran Lebowitz. But, among others, there were also Agnes Gund, president emerita of MoMA, the blogger Tavi Gevinson, and Mellody Hobson, president of Ariel Investments mutual funds.

The following year, the baton passed to Peter Lindbergh. At a time when the world’s leading media channels were portraying women as ambassadors of perfection and youthfulness, Lindbergh offered and supported a different kind of beauty, not perfect but more real, and capable of arousing emotions. Hence the title, “Emotional”, of the 2017 Calendar, with 14 international actresses, including Nicole Kidman, Penelope Cruz and Uma Thurman. In the 2017 edition, the German master became the only photographer to have been asked to make the Pirelli Calendar for a third time, after the one he created in the El Mirage desert in California in 1996, and the one of 2002 which he shot at the studios of Paramount Pictures in Los Angeles.

In 2018 came Tim Walker, who chose to portray “Alice in Wonderland” with a cast of 18 emerging and well-established names, including Naomi Campbell, Whoopi Goldberg, Sean “Diddy” Combs and Ru Paul. Alice was played by the model Duckie Thot, whose personal story – as the daughter of Sudanese refugees who moved to Australia – made her the perfect modern-day reincarnation of Alice, a heroine with no roots and a symbol of restlessness.

The aspirations and dreams of women came to the fore once again in the 2019 Calendar. Albert Watson entitled his Calendar “Dreaming” because, in four small films, it illustrated the stories of four women determined to achieve their objectives. The images are not just portraits, but freeze-frames that investigate the women and their visions: Gigi Hadid, Misty Copeland, Julia Gardner and Laetitia Casta with Sergei Pollunin, Alexander Wang and Calvin Royal.

The theme of the 2020 Calendar became the versatility of women. The photographer was Paolo Roversi, whose “Looking for Juliet” was a photographic reinterpretation of Shakespeare’s tragedy. Juliet is played by nine women, who create a personality that is simple and yet complicated, and ingenuous yet passionate to the point that she is driven by love to take her own life. Roversi explores the complexities of the female universe by searching for the “Juliet” in every woman. Beauty, strength, tenderness and courage all coexist In a single figure, as we see in the gestures, words, smiles, tears and eyes of the protagonists, who include Emma Watson, Claire Foy, Rosalia, Indya Moore and Christen Stewart.

Pirelli did not publish the Calendar in 2021 due to the spread of Coronavirus. It will be back in 2022 with the edition by Bryan Adams that will be presented in November 2021.