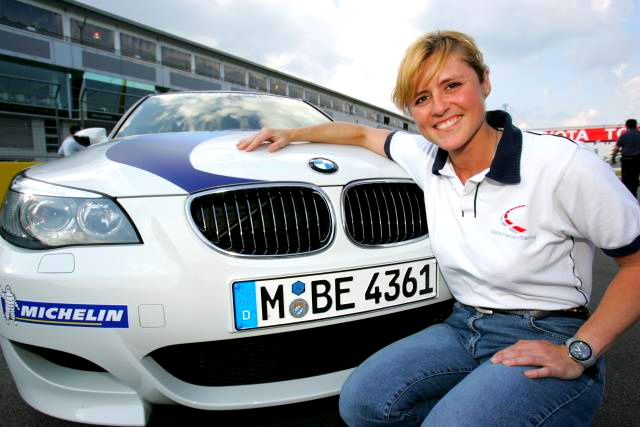 Sabine Schmitz, the unique and friendly female pilot with the heart of a lioness, sadly passed on at the age of 51 after losing a three year battle with cancer. Her achievements behind the wheel on Top Gear, driving the M5 ‘Ring Taxi’ for over 10 years, and for the lucky few Club members in 2005/2006 who were able to sample her skill in what we dubbed the ‘Silverstone Taxi’ for two wild laps around the circuit, the best view ahead was mostly seen through the side windows.

Please send in your recollections and images by March 31st to officeadmin@bmwcarclubgb.co.uk for our tribute to Sabine that will feature in the May issue of Straight Six magazine.