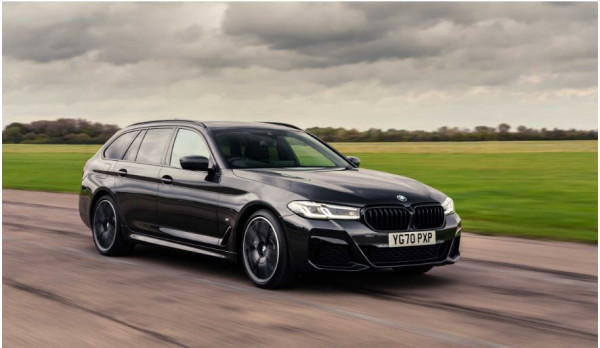 BMW rolls out most extensive remote software upgrade in its history.

BMW Group is once again underlining its leading role in digitalisation with the biggest and most extensive new Remote Software Upgrade in the premium manufacturer’s history so far, with more than 750,000 vehicles worldwide receiving updates to BMW Operating System 7. The upgrade includes new, expanded and enhanced functions, such as BMW Maps, Google Android Auto™ and eDrive Zones. The new software version will be available to customers in the UK from November 2020 and can be downloaded to vehicles directly over the air and installed free of charge. Customers will receive a push notification in their vehicle or via the BMW Connected App on their smartphone as soon as the upgrade is available.

Overview of new and expanded function.

BMW Maps offers an entirely new navigation experience. The route calculation of the first cloud-based system is significantly faster and more dynamic by combining real-time information with forecast models. It also provides additional contextual information on points of interest, such as ratings, business opening hours and photos. Destination input has also been significantly updated and is now easier and more intuitive to operate.
Google Android AutoTM will be available as a new feature following the upgrade, allowing customers to use the functions of their smartphone in the car via a wireless connection. The customer can use Google Assistant or touch operation to access their apps without having to operate their smartphone directly. Google MapsTM also shows navigation guidance in the Info Display and Head-up Display.

Autocar has recognised BMW 330e as the best Best Company Car on the market at its inaugural “Britain’s Best Cars” Awards 2020. Standing out in a competitive segment, Autocar said that the combined electric motor and TwinPower Turbo 4-cylinder petrol engine puts the BMW 330e plug-in hybrid in a league of its own.

Mark Tisshaw, editor, of Autocar said “Fleet cars have always had it all to do to evade the plain and dull, and now that electrification has become such a potent influence on the market, they can be complicated, heavy and expensive to boot. The BMW 330e always has the power to cut through all that; it’s a car to look forward to driving on every morning commute, that doesn’t just sell itself on paper but in day to day use as well”.

The Parkers New Car awards reflect the findings of the team’s expert reviewers with the team identifying the BMW 330e as the Best Company Car 2021, thanks to its blend of design and technology.

Keith Adams, editor of Parkers.co.uk said: “The latest BMW 330e plug-in hybrid continues to blend its smart looks and entertaining driving experience with low running costs. It offers affordable BIK costs with its 39g/km CO2 output and good fuel economy from its petrol engine. That’s not all, though. Thanks to its special XtraBoost function, this efficient car is also capable of being a very fast one for 10 seconds at a time. The 330e is part of a legendary range of cars that’s made famous for being more rewarding than its rivals – and that’s true for this super-efficient plug-in hybrid. And it’s still the one to beat for company car drivers.”

The What Car? Used Tow Car Awards 2020 in association with The Camping and Caravanning Club, judge vehicles on their value and reliability when bought on the used car market. The awards are broken down into weight categories, with the BMW 520d xDrive Touring wining both the 1700-1899kg category and taking the overall award win.

The judges said “The BMW 5 Series Touring in 520d xDrive form offers customers a lot; it’s rewarding and stable to drive and it’s strong yet frugal diesel engine hits the sweet spot for performance and economy. The high kerb weight makes it a suitable match for a broad choice of caravans and the xDrive four-wheel drive system makes towing secure in all weathers. Sealing the deal it it’s extremely comfortable interior which offers plenty of room for passengers and luggage”.

From city cars to family cars and SUVs, the Auto Express New Car Awards highlight the innovation, technology and engineering on offer in the new car market today, with the BMW X5 45e clinching the 2020 award for Large Premium SUV of the Year.

Steve Fowler, editor, said, “The BMW X5 xDrive45e uses a sumptuously smooth and powerful 3.0-litre straight-six turbo petrol engine mated to a 24kWh battery and electric motor for a total of 389bhp. It’s fast, refined and economical, with the potential to travel up to 54 miles on a charge. You can spec the X5 with seven seats if you need the extra flexibility, while BMW’s iterative approach to infotainment means that the brand’s current in-car tech is the best in the business”.

BMW secured a triple win at the 2020 Business Car Awards, with success in the Premium Medium SUV, Premium Car and Executive Car categories for the BMW X1, BMW 3 Series and BMW 5 Series respectively. The judging panel takes into consideration total cost of ownership and fitness for purpose, balanced with driver appeal.

Simon Harris, editor, said of the BMW X1 win, “BMW’s early and rapid development of RDE2-compliant engines, which have specific benefits for company car drivers, along with the all-round competence of the X1, made it the choice of our expert judging panel”.