BMW Has Prepared For Mass Production Of Its First Electric Crossover

No coronavirus will stop BMW from launching its new all-electric iX3 in China this summer. The crossover will make it easier to drive without local emissions in a new efficient way. Alas, it’s not coming to the US sooner than 2022 but we all know that it’s just a matter of time.

BMW is preparing to start mass production of iX3s at the end of summer 2020, with the first SUVs to go on sale a few months later.

iX3 pre-production copies have long been coming off assembly lines of BMW Brilliance, a joint venture in Shenyang, China. That’s where conventional X3s for the local market are also manufactured. Recently, the company has also released its 200th electric crossover and announced that mass production of the iX3 will start on time since the crossover has successfully passed all the tests and is ready for certification.

Apart from China, electric iX3s will also be available in Europe.

Although the appearance of the serial BMW iX3 was declassified back in April, the official images clearly show that pre-production crossovers are still “camouflaged.” Apparently, the full-fledged premiere of the electric crossover will take place within a few weeks, although the main technical characteristics have been known for a long time.

The iX3 does not have many external differences compared to the two-year-old concept. Almost all typical design elements have made it to the serial model, except for maybe those front plastic “nostrils,” which now have different designs. The electric crossover is still only distinguished by blue inserts, missing exhaust pipes, and previously promised aerodynamic light-alloy wheels. Interestingly, for now, you can’t even see an additional charging flap on the left front fender.

Depending on the configuration, the iX3 will offer several decor options, e.g. a plug imitating a grille; bumpers, sills, and discs which can be decorated with blue inserts. Also, the window edging and branded BMW “nostrils” designs may vary.

The interior will almost completely repeat the traditional X3. Apparently, only the steering wheel and dashboard graphics will change. Also, special inserts may appear in the interior.

The serial model will not necessarily have contrasting decorative inserts on the bodywork – this design package will, apparently, be optional, available for its own price. And in case you don’t need those efficient aerodynamic light-alloy wheels, designed to reduce electricity consumption, other options will be available as well.

To recap, mass production of electric iX3s will be launched at the Chinese BMW Brilliance JV plant in Shenyang, where conventional X3s are assembled for the local market. 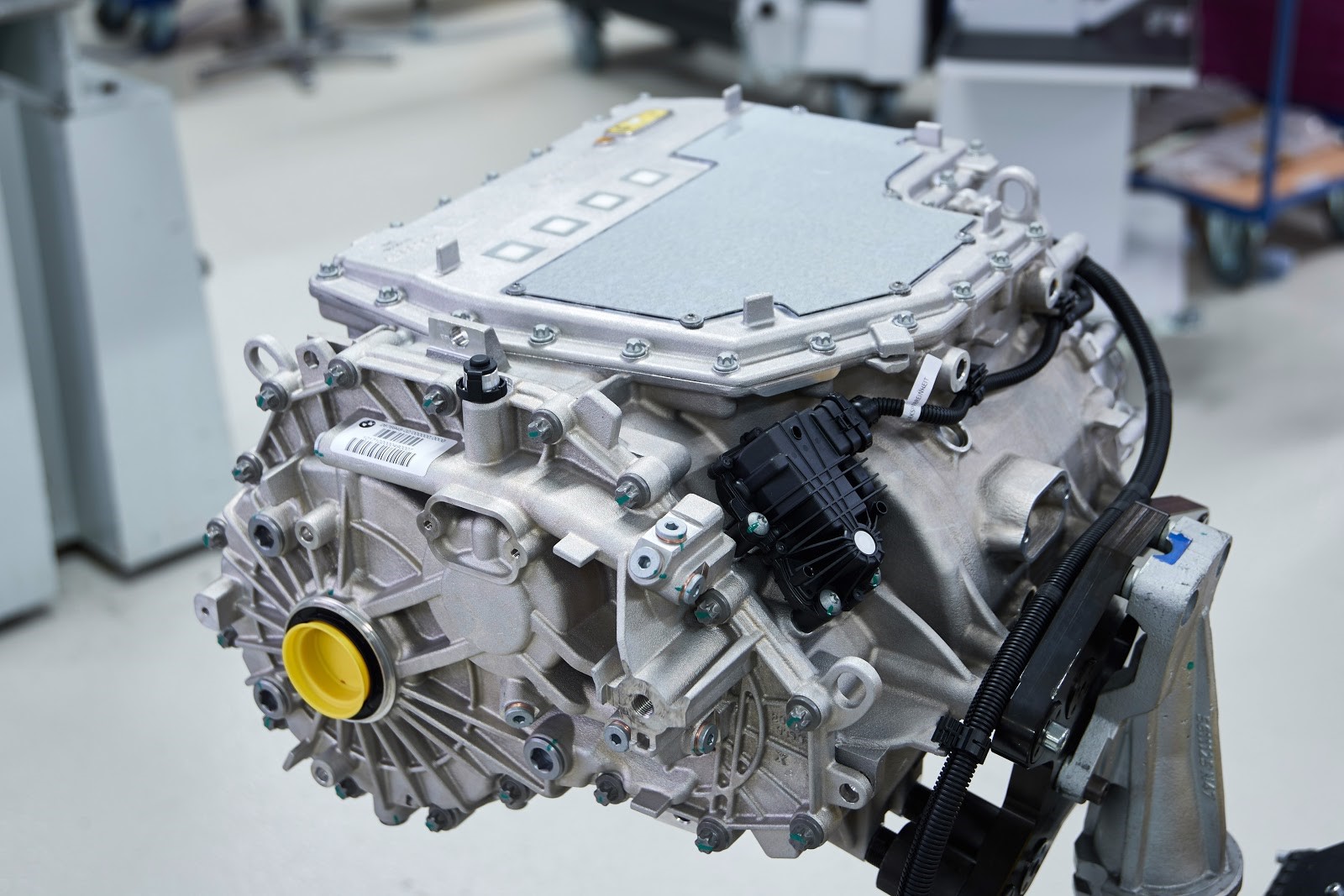 According to engineer experts from Mechanic Faq, first things first, the electric motor in BMW iX3 will transfer all its power to the rear wheels, which further improves the drive system efficiency. Moreover, the BMW iX3’s power range will benefit from the engine design which incorporates traditional BMW RWD experience.

Higher range due to greater battery efficiency. The iX3 will be equipped with a traction battery with a capacity of 74 kWh, which will run for approximately 273 miles (440 km) on a single charge according to the WLTP (Worldwide Harmonised Light Vehicles Test Procedure) procedure. In its segment, the iX3 not only boasts uniquely low energy consumption of less than 20 kWh/60m (WLTP figures) but also a new battery size & range ratio.

Thanks to the favorable efficiency level of drive components and high energy density of the battery, the iX3 achieves a range that is only possible in conventional electric vehicles with heavy and bulky batteries.

The iX3 high-voltage battery is an integral part of the 5th generation of BMW eDrive. It is based on the latest evolutionary NMC-811 technology in a typical BMW prismatic design. BMW has outstanding development opportunities in this area. This know-how meets the exact characteristics concerning the use of battery materials and design, according to which battery components are manufactured. Continuous research and development not only increase energy density but also constantly improve all battery characteristics, including durability and safety.

In general, the battery shows optimum performance from what is currently available. At the same time, BMW engineers reduced the proportion of cobalt in the battery by another two thirds. Compared to the previous BMW Group technology, the energy density of the iX3 has increased by approx. 20%.

For the iX3, raw materials like cobalt and lithium are purchased directly by BMW itself and then transferred to the battery manufacturer. In addition, the scalability and compact design of the battery pack have been further optimized. The battery components are grouped into modules at BMW specialized production sites. These modules, in turn, generate high-voltage batteries that fit each model.

The battery is installed in an absolutely flat position on the iX3’s floor. Thanks to this positioning, passengers and trunk space are not affected, compared to traditional drive BMW X3 models.

The ratio between engine horsepower and drive system weight is improved by approx. 30%, compared to the previous generation.

In addition, the iX3 will have an “exceptionally powerful electric motor” with a maximum output of 210 kW/286 HP. 295 lb-ft of torque ensure high initial acceleration and optimal engine RPMs even at high speeds thanks to BMW design measures.

Another engine feature in the iX3 is the design method which eliminates the need for rare-earth elements.

The German company is proud that the electric crossover will be the first BMW model with a 5th-generation electric powertrain with a modular architecture. Moreover, the iX3 will be the first model with all powertrain options, including gas and diesel engines, as well as a hybrid with AC charging capability. With this impressive variety of options, the company will take into account various customer needs and requirements, as well as provide maximum efficiency in reducing carbon emissions.

However, it seems that BMW will not have any other vehicles with such a wide range – in 2021, the i4 and iNext, which have only been announced as electrical hypostasis, will join the crossover. Mercedes and Audi chose this strategy initially, thus, the EQC and E-Tron are only available in electric range.

The 5th generation BMW eDrive technology is the key to future-oriented stability of vehicles with electrified drive systems. It is the result of consistent development within BMW EfficientDynamics and experience gained by the BMW Group in the electric mobility field in over 10 years.

All transmission components used for the BMW eDrive technology have been developed by the BMW Group, which ensures the high quality of the product and each component. The drive system and the high-voltage battery have been optimized in terms of power and energy content and, thus, can be used in various vehicle concepts and segments.

With the iX3, BMW EfficientDynamics is taken to another level. The range of technologies is presented at its best – an all-new drive component with high efficiency and typical brand power features. The fifth generation of the BMW eDrive technology includes a drive unit that combines an engine, system electronics, and transmission in a central housing. As a result, the required drive space and weight are significantly reduced. 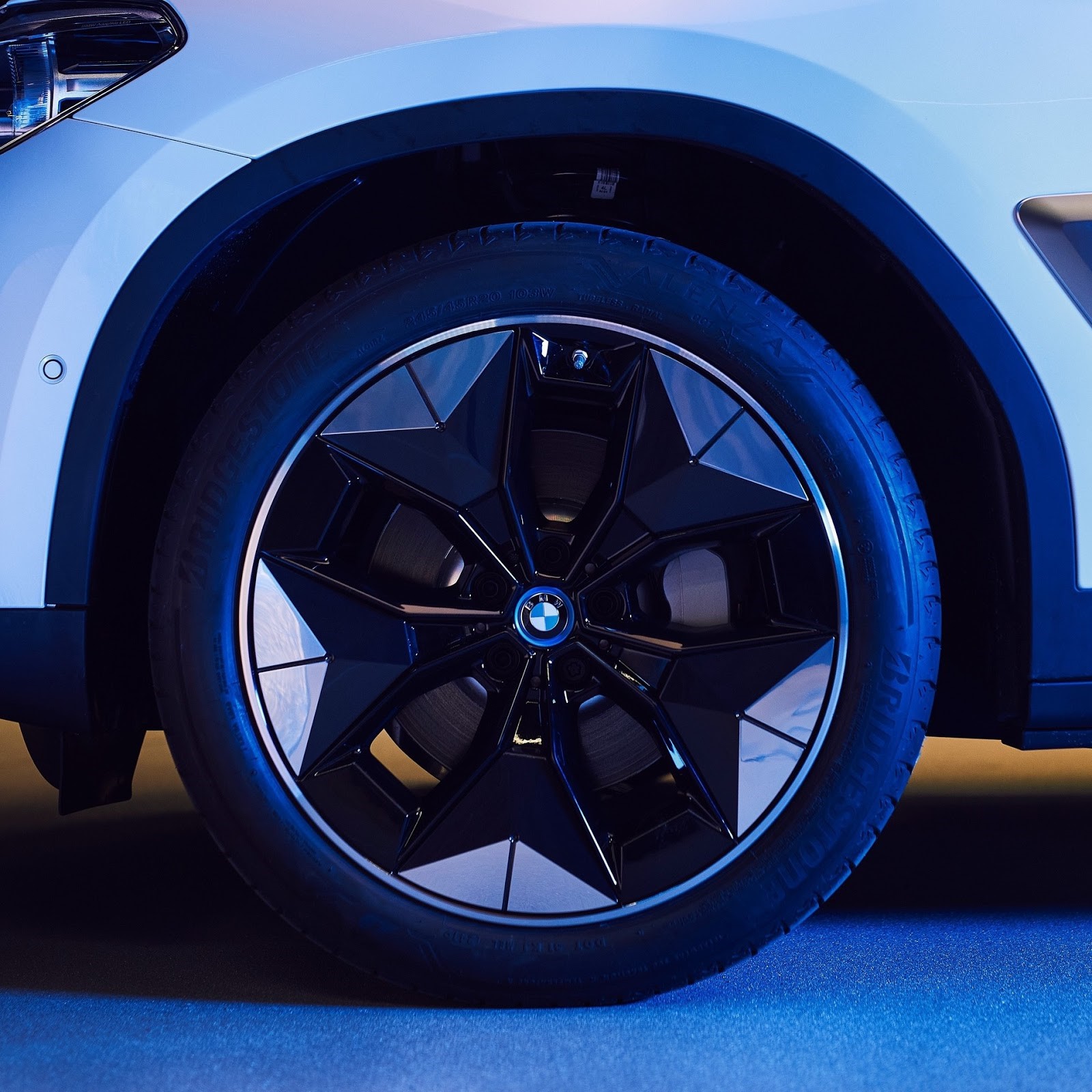 The Chinese certification authorities have confirmed that the iX3 will be almost no different from the X3 with traditional internal combustion engines. The electric and “regular” crossovers have an identical wheelbase of 2,864 millimeters and the same width of 1,691 millimeters.

The iX3 will be 38 millimeters longer than the X3 and 7 millimeters higher due to a different aerodynamic dodge. Compared to the charged BMW X3 xDrive30e hybrid, the curb weight is increased by 140 lbs and reached 2205 lbs.

Another difference is 19-inch 245/50 R19 wheels on standard and optional 20-inch 245/45 R20 wheels. Judging by the screenshots, the iX3 will be decorated by the unique, more sleekly shaped discs of two varieties.