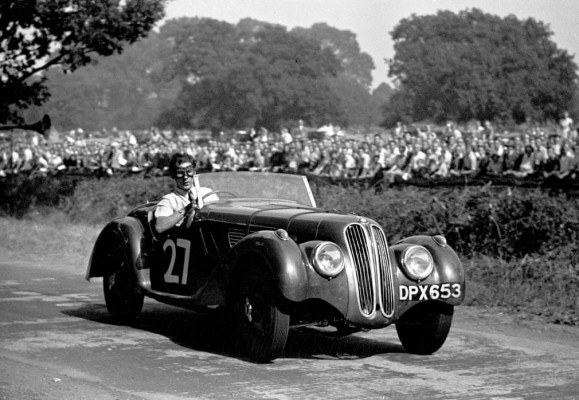 “If God had meant for us to walk, why did he give us feet that fit car pedals?”

On behalf of all at BMW Car Club GB, we would like to express our sincere condolences to the relatives of Sir Stirling Moss. Arguably the greatest driver never to have won the F1 drivers’ championship.

Stirling Moss’s racing career began in 1947, driving a BMW 328 which Moss’s father Alfred acquired from a fellow dentist, Victor Biggs. His fifth race was over a winding course of just over half a mile at the Poole Speed Trials at South Lytchett Manor. Moss finished third in his class. Moss later said that his father’s BMW 328 was “a great little sports car in which I learned a great deal.”