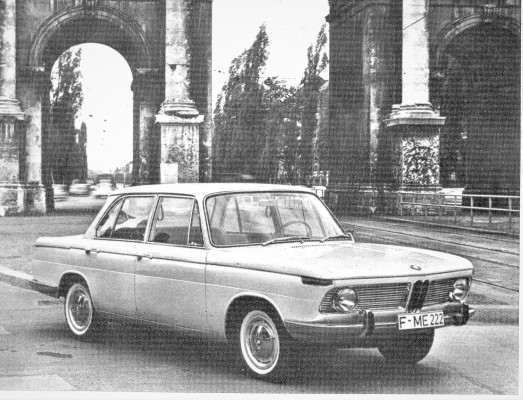 During 2016, the 100th Anniversary Year of the founding of BMW AG, we wrote much about the cars but very little about the company. Because the Club deals almost exclusively with the post 1962 Neue Classe models, it immediately gives us a problem because there are no official archives in the UK covering the post-war period up to 1 January 1980. From the end of the war until 1980, sales and marketing were dealt with by franchises rather than the company itself, based in Munich. And this is what happened.

Directly after the end of the war, those BMW facilities which had survived damage were split between the Russian and American post-war ‘zones’. The Russians stripped out most of the remaining machinery from the Eisenach site and sent it back to Russia, whilst the Americans allowed the machinery which remained at Allach and Milbertshoffen in Munich to be used to make pots, pans, bicycles and agricultural machinery from 1946. However, the urge to resume motor vehicle production was fostered by the employees who had survived the war and who had resisted the inducements to take their families and talents abroad, to take up motorcycle production where it had left off from military production in 1945. With just 1,227 employees at Milbertshoffen, motorcycle manufacture was restarted in 1948 with the R24 using a 250cc single cylinder engine. It was soon radically improved in 1950 as the R25 and was an immediate success. In 1950 the R51, a new 500cc flat boxer layout twin cylinder engine powered bike, was added to the product line, and employee numbers increased to 8,720 to raise production to 17,061 that year, of which 3,000 went for export.

Step 1: Two wheels, the R25 with shaft drive to the rear wheel which establish worldwide recognition

It was these export bikes which established an initial post-war worldwide foothold for BMW, including the UK, and gave the BMW Board (and the company’s bankers) the confidence to use the spare, underutilised capacity at Milbertshoffen to restart car production. Pre-war engine moulds for engine castings were retrieved from hiding places outside Munich and a pre-war prototype 332 model was discovered under a pile of rubble to use as the basis of a new design, the 501, with a 2 litre six-cylinder overhead camshaft engine. It was announced at the Frankfurt Show in April 1951 but with deliveries only starting in October 1952. 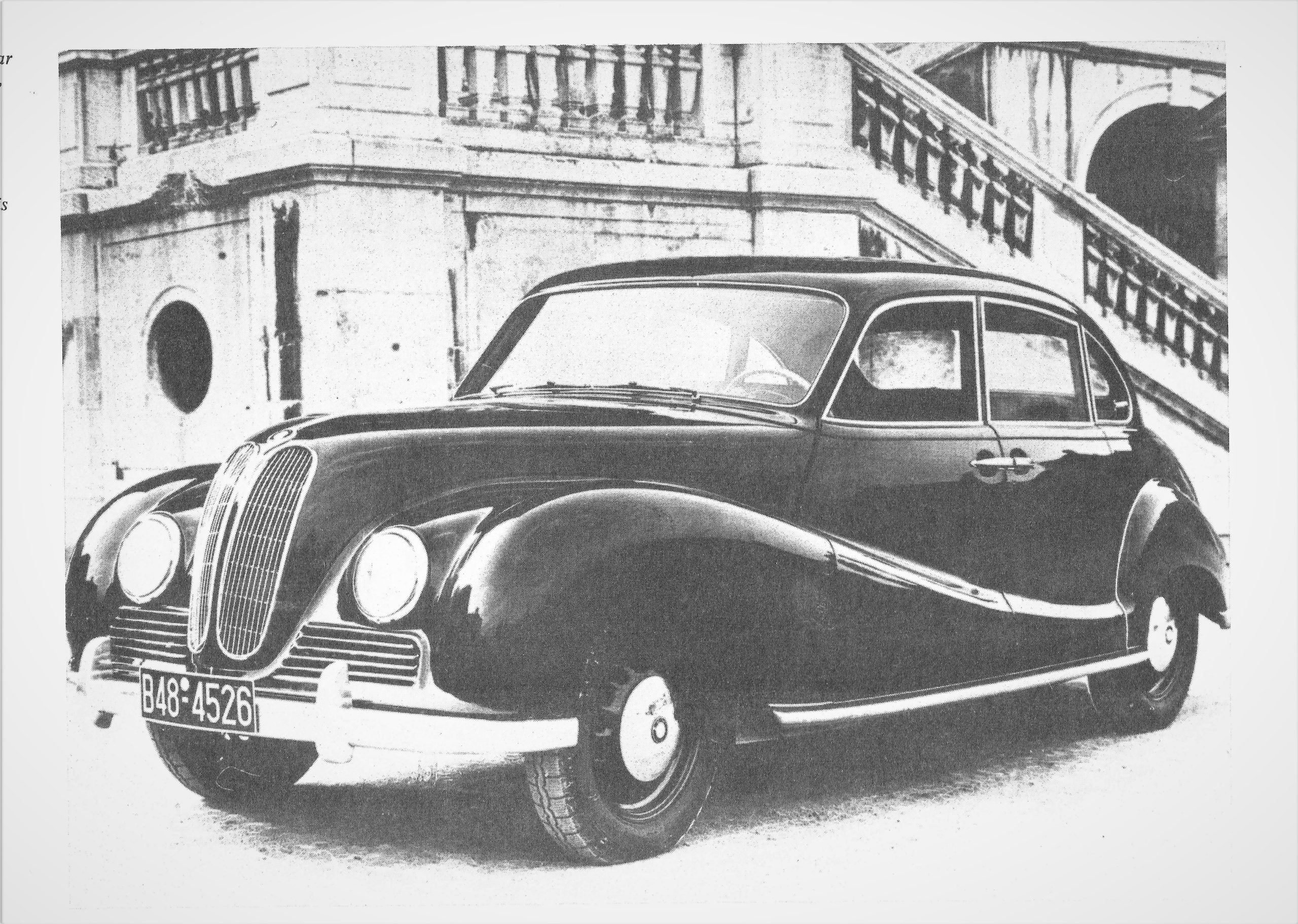 But the 501 was also expensive and did not sell well against the Mercedes 220. In 1954 it was ‘up-engined’ with a 2580cc V8 engine, yet again it was out-sold by the revised Mercedes 220A. BMW were by now haemorrhaging cash despite motorcycle sales and the company realised it had to diversify into the small car/high volume marketplace. Because the company already had a very successful motorcycle engine in production, BMW reached an agreement with ISO SpA of Milan to produce their Isetta design under licence. With a front opening door and a pair of wheels at the back, driven by the rear mounted 250cc engine, the car was sold as the BMW Isetta 300 and was an immediate success in a market place for customers seeking economic road transport.

Although the company continued to produce large prestige cars, the 501, 502, 503 and 507 in small numbers, it was BMW’s further development of the BMW Isetta 600 in 1957 and then with a radical makeover to look like a normal small saloon car, the BMW 700, in June 1959 with Sport and Coupe versions, which just kept the company afloat.

And it was the BMW Isetta 300 which first brought BMW to the notice of the British public when Isetta (GB) Ltd was set up in April 1957 in the disused Brighton Locomotive Works to build the Isetta 300 under licence using kits supplied from Germany. 30,000 were produced over the period until July 1964 and BMW became a recognised car producer for UK customers.

Isetta sales however were not enough to stem the losses, and the banks which had supported the expansion of the model range in 1950 forced the BMW Board in 1959 to consider merging, which would effectively be dissolution, with Mercedes or recapitalisation by exchanging debt for equity. The injection of new capital by Herbert Quandt in 1960 is a well-known story but less well recognised is that he also hired a new Marketing Director, Paul Hahnemann, who set about improving the image of the brand ‘from production to the road’ by establishing ‘importer centres’ in the European countries including one in Blackburn to deal with its prestige cars. But Hahnemann wanted self-funding franchises in countries which had ‘skin in the game’ and were therefore motivated to sell cars rather than just deal in cars. In 1963 Isetta (GB) Ltd was closed down to be replaced by BMW Concessionaires (England) Ltd, which took over sales of both the 700 and the large engine 2600 and 3200 series models. The formation of this new franchise also coincided with the introduction of the Neue Classe 1500 saloon, announced at the Frankfurt Show in April 1961, but not available until October 1962, which was the first important car developed under the new Quandt regime. Attracted by competition successes, which were a major part of Hahnemann’s marketing strategy, customers and sales of the Neue Classe cars in the UK increased sharply. 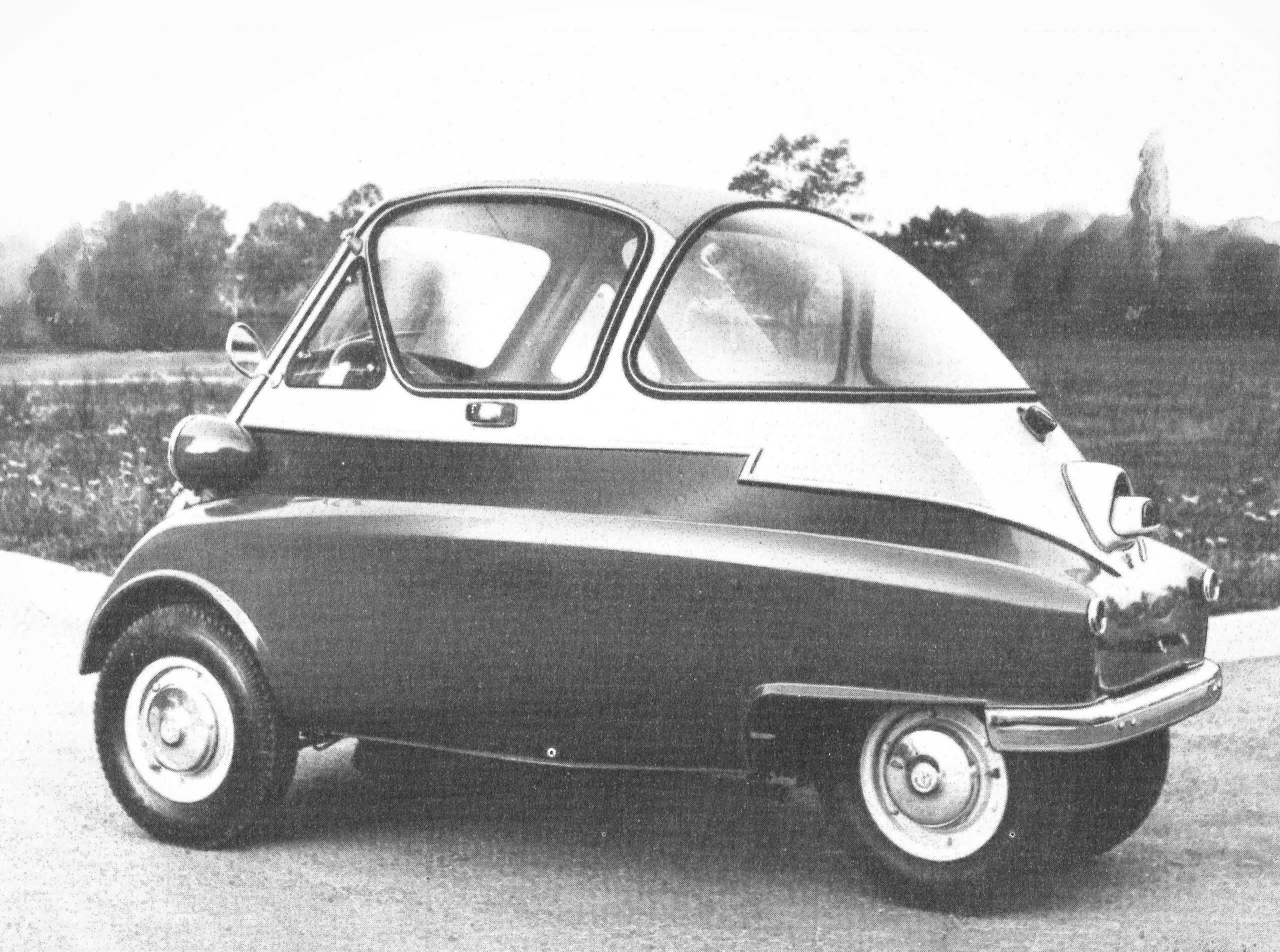 In 1966 the franchise changed hands to become BMW (Concessionaires) GB Ltd which covered the import and sales of the large majority of the cars in our E3, E9, early 5 Series and ’02 Registers until BMW took over to establish its own dealer network on 1 January 1980. Without access to any archives it appears that BMW (Concessionaires) also held the worldwide franchise for converting early E3 and E9 models, which initially were only built as left hand drive, to right hand drive as an optional extra. As concessionaires, the company workshops at Dover developed a conversion kit using parts, such as the speedometer in mph, from Germany and the dashboards made in England. After conversion, cars were shipped to ‘right hand drive’ countries such as Australia, New Zealand, South Africa and Japan, although not in large numbers.

Now to find those franchise records in the archives in Munich!