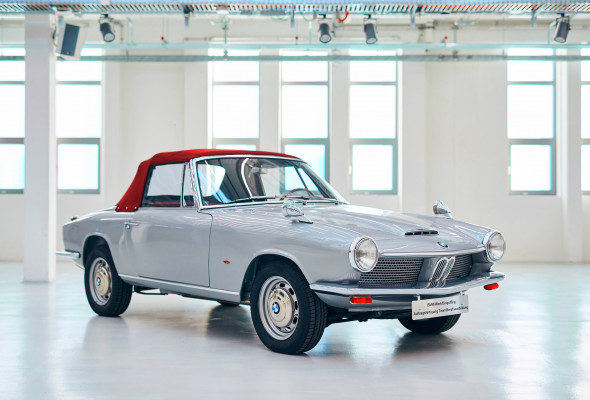 The vehicle collection of BMW Group Classic is now richer thanks to the addition of another unique special. This is all thanks to the skills of the vocational training team at the BMW plant in Dingolfing. Their apprentices restored the BMW 1600 GT convertible in a project lasting several years under the guidance of their trainers.

The four-seat convertible, and its unusual history makes it a revealing representative of the time when the BMW made the transition from being a niche automaker to a mass-production car manufacturer, enjoying steady growth and a burgeoning international reputation. 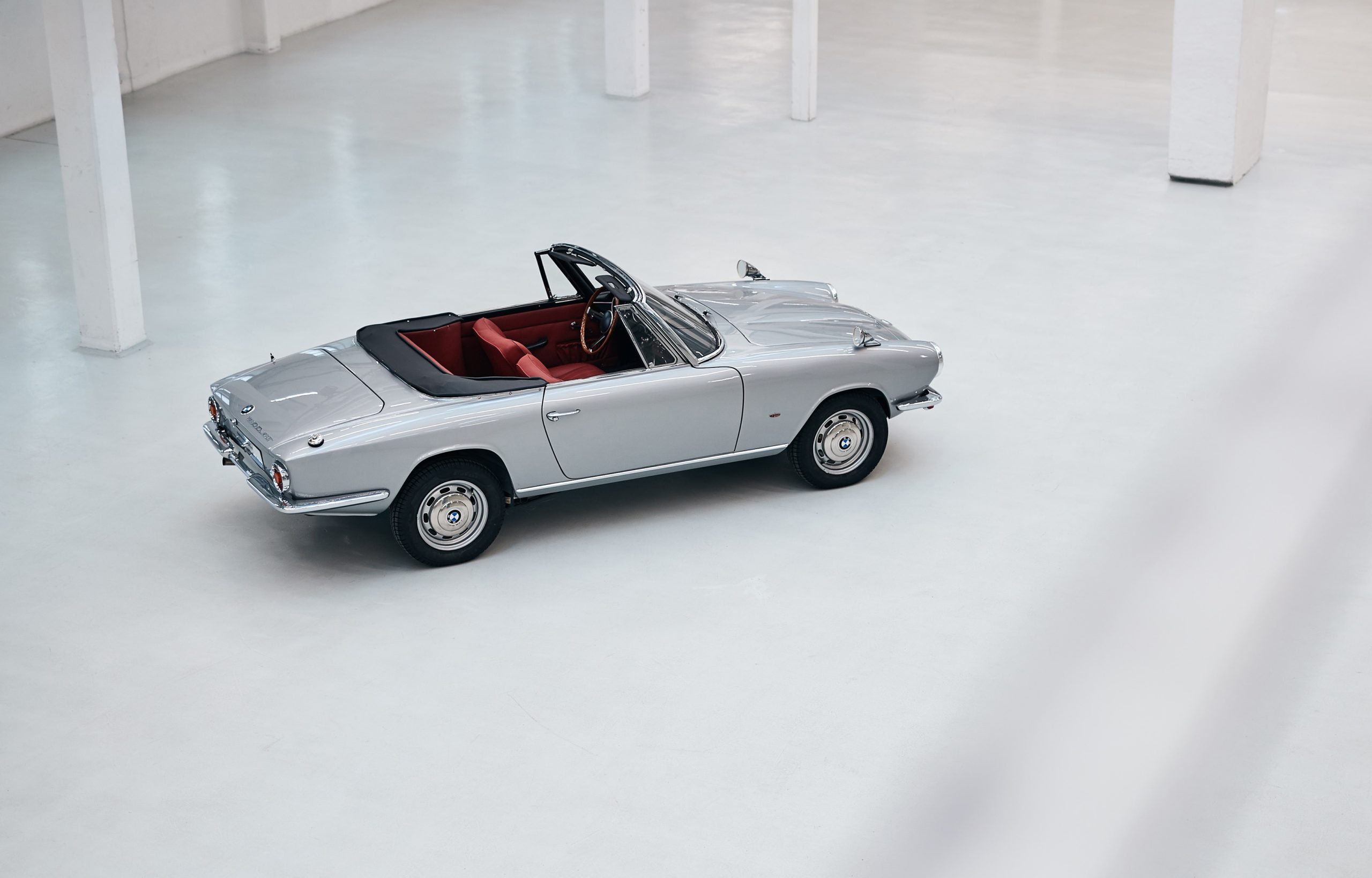 This BMW 1600 GT convertible is the only surviving example of two original prototypes that BMW commissioned from the Italian bodywork designer Pietro Frua (Frua had also penned the Glas 1300/1700 GT Coupes). In the autumn of 1967, both automobiles left the production buildings in Dingolfing for the first time. The test drives for one of the vehicles came to an end with an accident and the vehicle was subsequently written off and scrapped.

The second car was granted a special honour. The Arctic Silver 1600 GT Convertible was handed over to Herbert Quandt, the major shareholder in BMW AG at the time. It remained in the hands of the Quandt family for many years before it was then passed on to a succession of private owners, who were ‘friends of the family’. One of the ‘custodians’ was a top fashion model from Munich, who enjoyed the car for a while before this rare treasure was acquired by a wealthy businessman from Frth in Franconia, who placed it in his private car collection for a number of years before it found a new home at the Munich-based Allianz Centre for Engineering. Allianz carried out a partial ‘refurb or ‘tidying-up’ during its tenure at their engineering centre, to ensure the car looked ‘presentable’ when viewed by visitors. 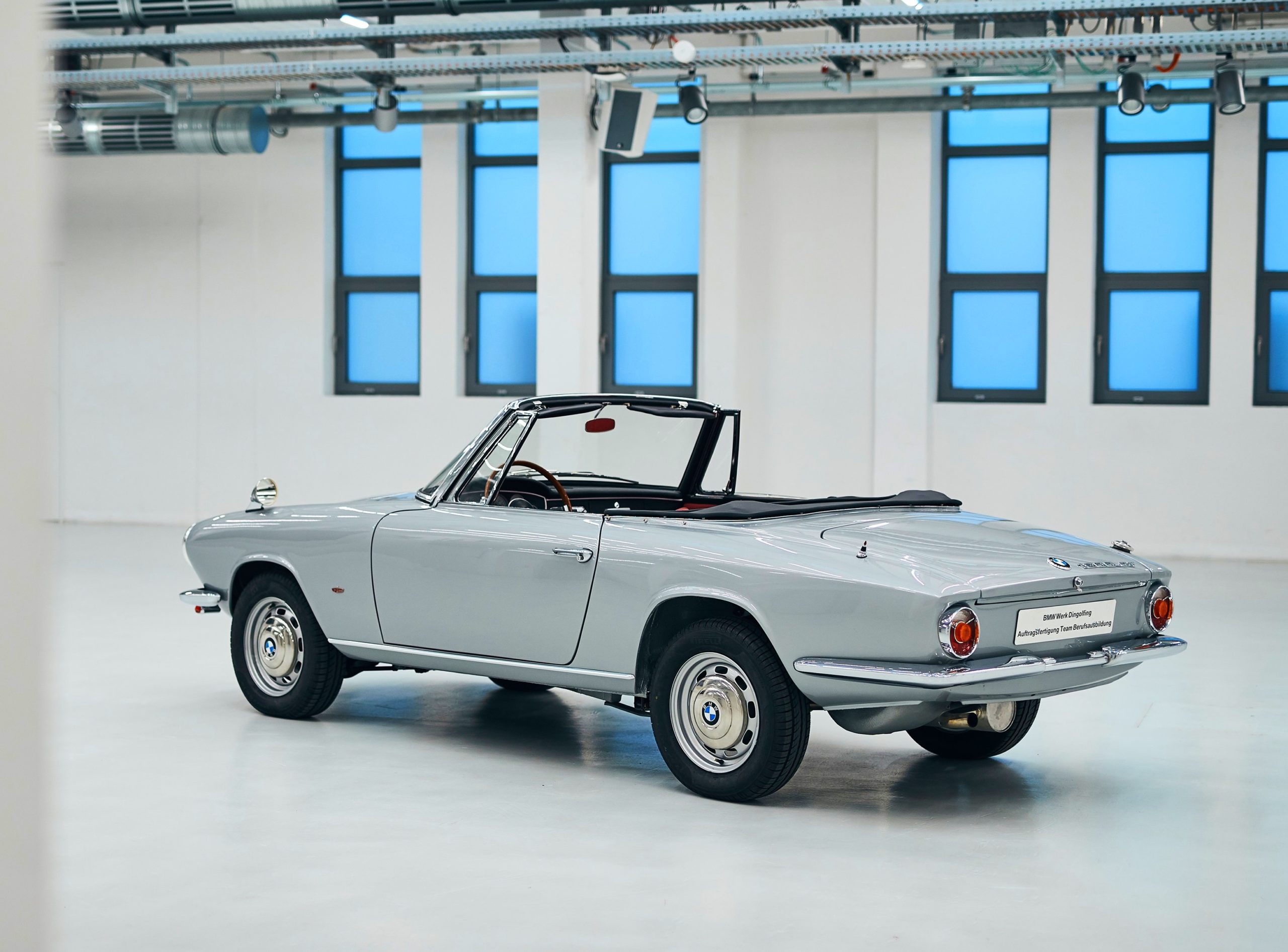 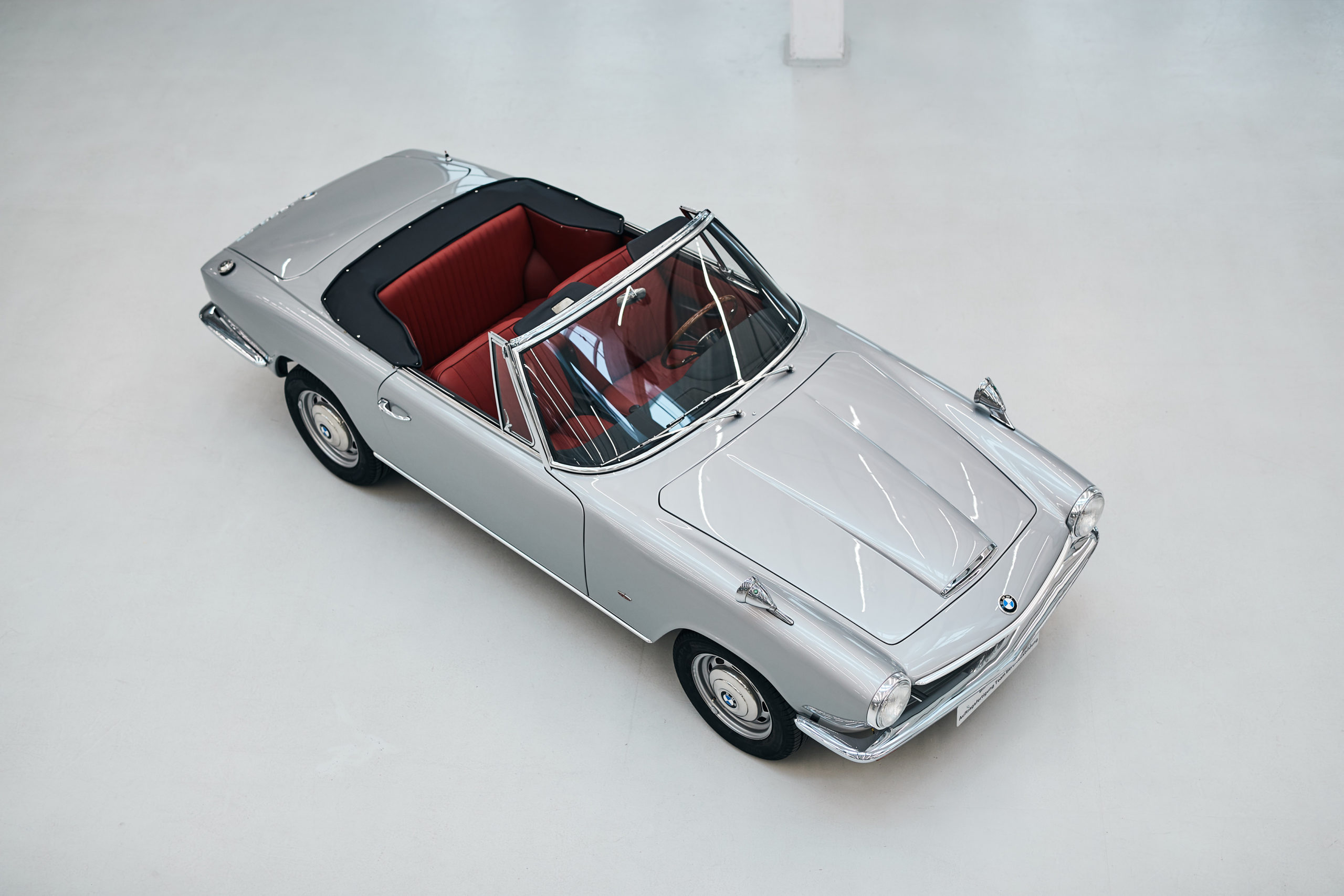 When the management at BMW Group Classic became aware that this unique special from Dingolfing was ‘alive’ and on display at Allianz, they succeeded in agreeing its acquisition. A plan emerged to return the automobile to its original condition at the very place where it first saw the light of day. The restoration at the Dingolfing plant became a project that formed part of the training of apprentices who were aspiring to become bodywork and vehicle construction mechanics. BMW Group Classic supported the project in a number of ways which included expanding the options for procuring original parts that had recently become available outside the BMW Group; this had never happened before as the apprentices and their trainers were allowed to search and scour for parts no longer available at BMW classic car specialists, classic car shows, autojumbles etc – a first for BMW. Furthermore, replicas of numerous components that were no longer obtainable and were proving impossible to source were painstakingly remanufactured. Once all the major body and mechanical work was finally completed, the car was then finished in many lustrous coats of BMW Arctic Silver. The apprentice trimmers then went to work, recovering the interior seating and door trim etc in a beautiful Oxblood red leather before manufacturing a mohair lined hood in the same colour. 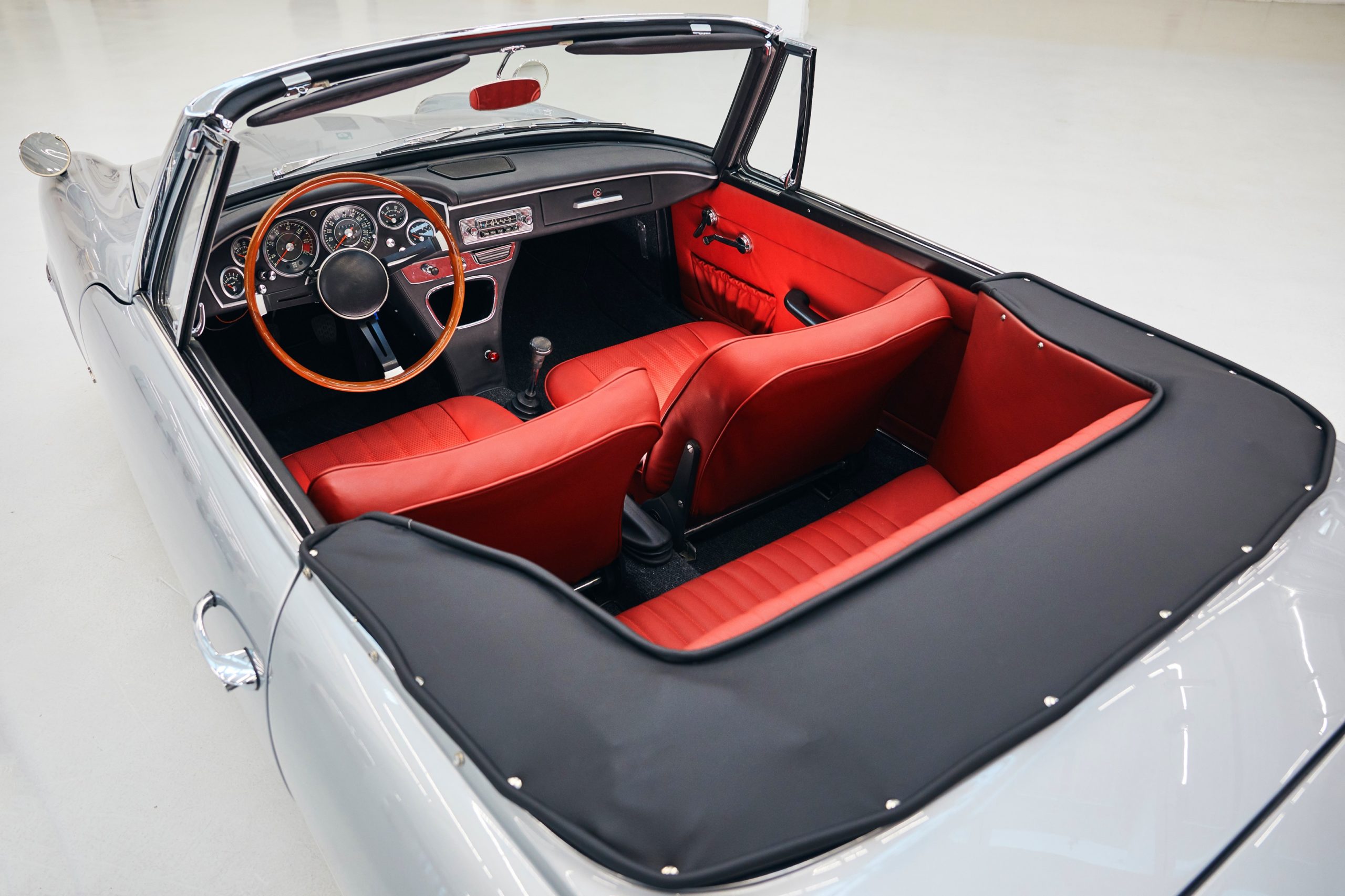 The rebirth of the BMW 1600 GT convertible in Dingolfing also rekindled memories of a particularly exciting chapter in the history of BMW. When the two-door car came into existence, the company had just taken over the Dingolfing vehicle manufacturer Glas in that same year. Since 1955, Glas had successfully produced the Goggomobil. In 1964, Glas launched the sporty, elegant Frua styled Glas 1300 GT to the marketplace, followed one year later by a more powerful 1700 GT model.

Glas was looking for a strong partner and the automaker initially agreed a joint-distribution operation with BMW. But unknown to Glas, BMW’s production facilities were running at capacity, thanks to the popularity of the Neue Klasse cars, so they were looking to expand quickly, and Glas owned the perfect factory and surrounding land at Dingolfing, which was prime for expansion, so this ‘relationship ultimately led to a complete takeover by the Munich company in 1966…

The 1700 GT was then fitted with the rear axle, the seats and the 105hp M10 engine from the BMW1600ti, the BMW kidney grilles for the front end and the round headlights from the BMW 02 Series, and a name change to 1600 GT. 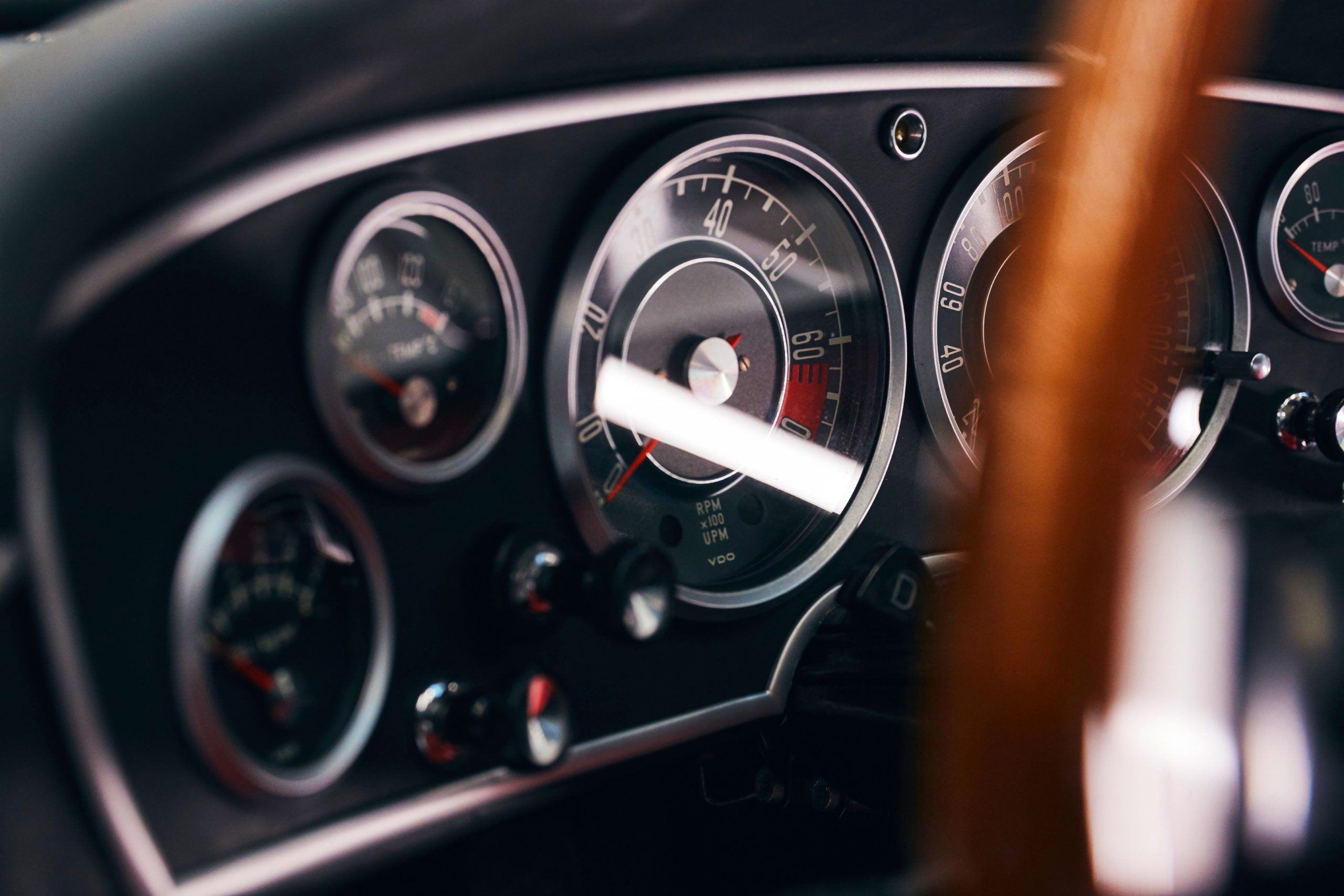 The idea of placing the sporty coup alongside a convertible came from the USA. A proposal was made by the importer Max Hoffmann to develop a new version of the coup with a 2.0-litre engine and an open-top version. In October 1967, Frua delivered two convertible bodies, mounted on a strengthened floor assembly, but kept the same 1600 BMW engine, despite Hoffmann’s request for a 2.0-litre. The two prototype convertibles were then painted in Dingolfing where all further assembly work took place. On 16th November, the two BMW1600 GT convertibles were entered in the plant’s production book as being completed. However, the plans for series production and export to the USA never came to fruition. 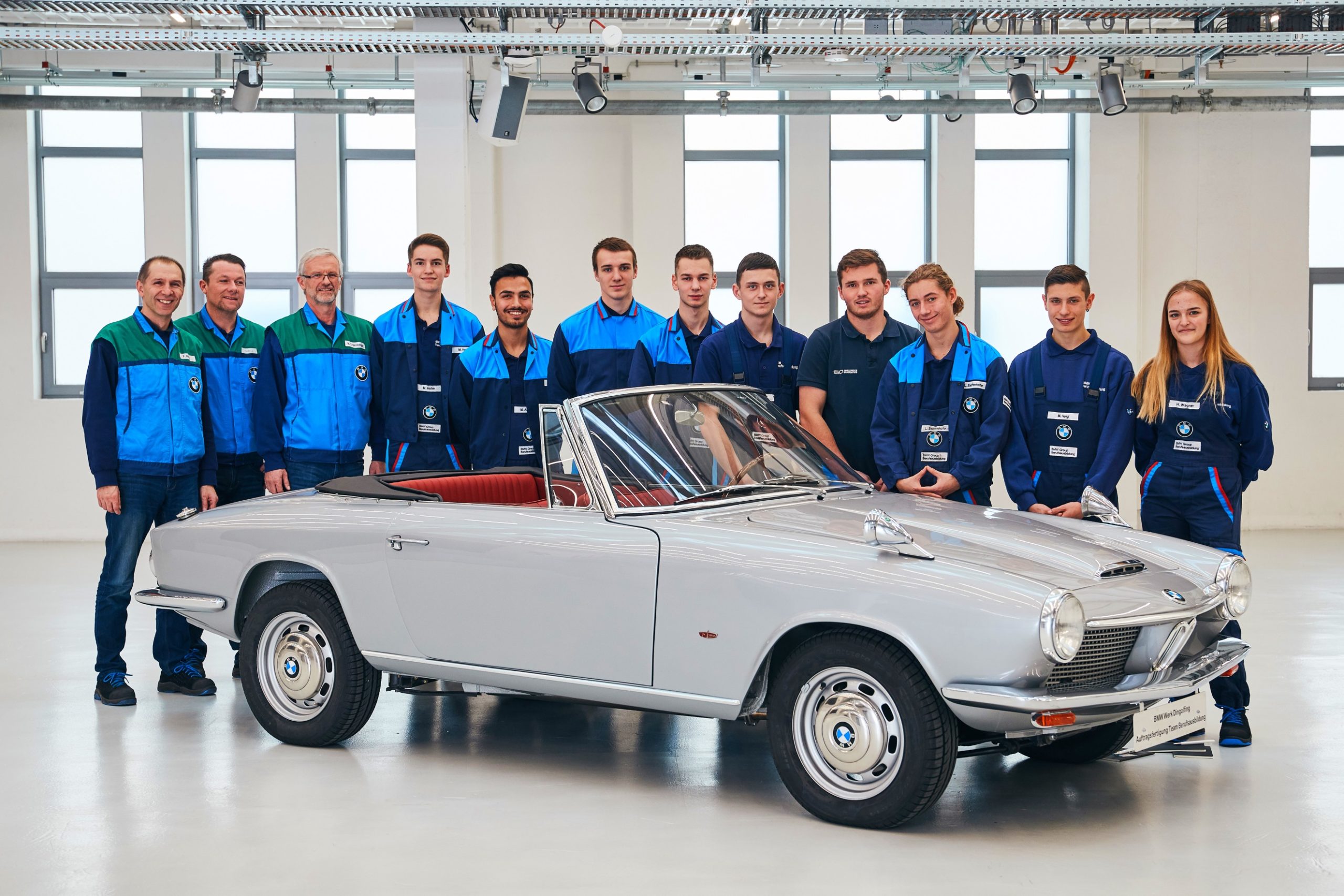 Only the single surviving example of the Italian-Bavarian convertible was ever licensed for driving on public roads, as the test car that suffered severe damage when out on test (and was later scrapped) was never registered.

Fifty-one years after the first two convertible models were manufactured, the original 1600 GT Convertible rolled out of the Dingolfing factory once again after its restoration. This time the completion of the car’s ‘refurb’ was celebrated by handing over this unique automobile to BMW Group Classic to add yet another gem to its burgeoning collection. 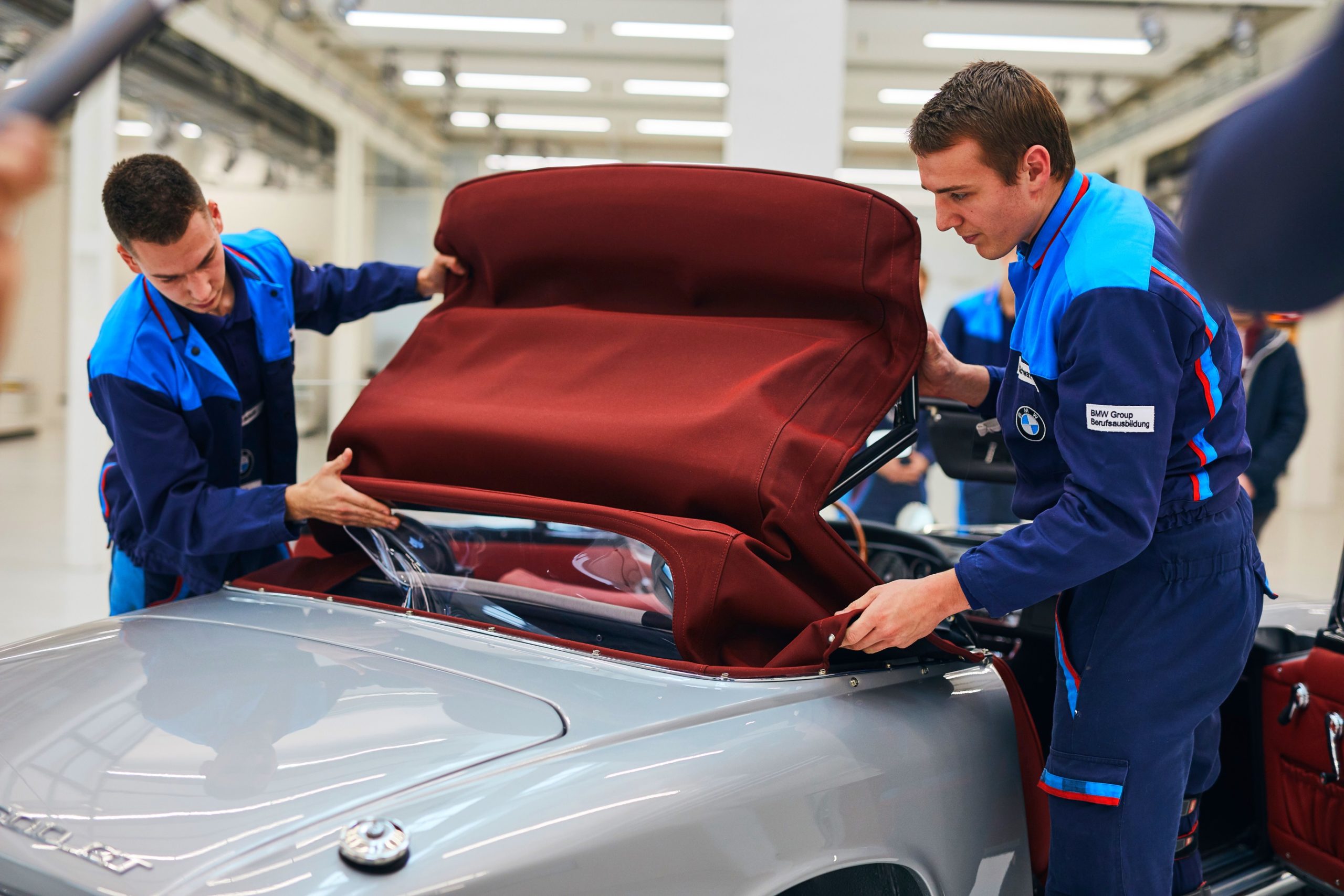 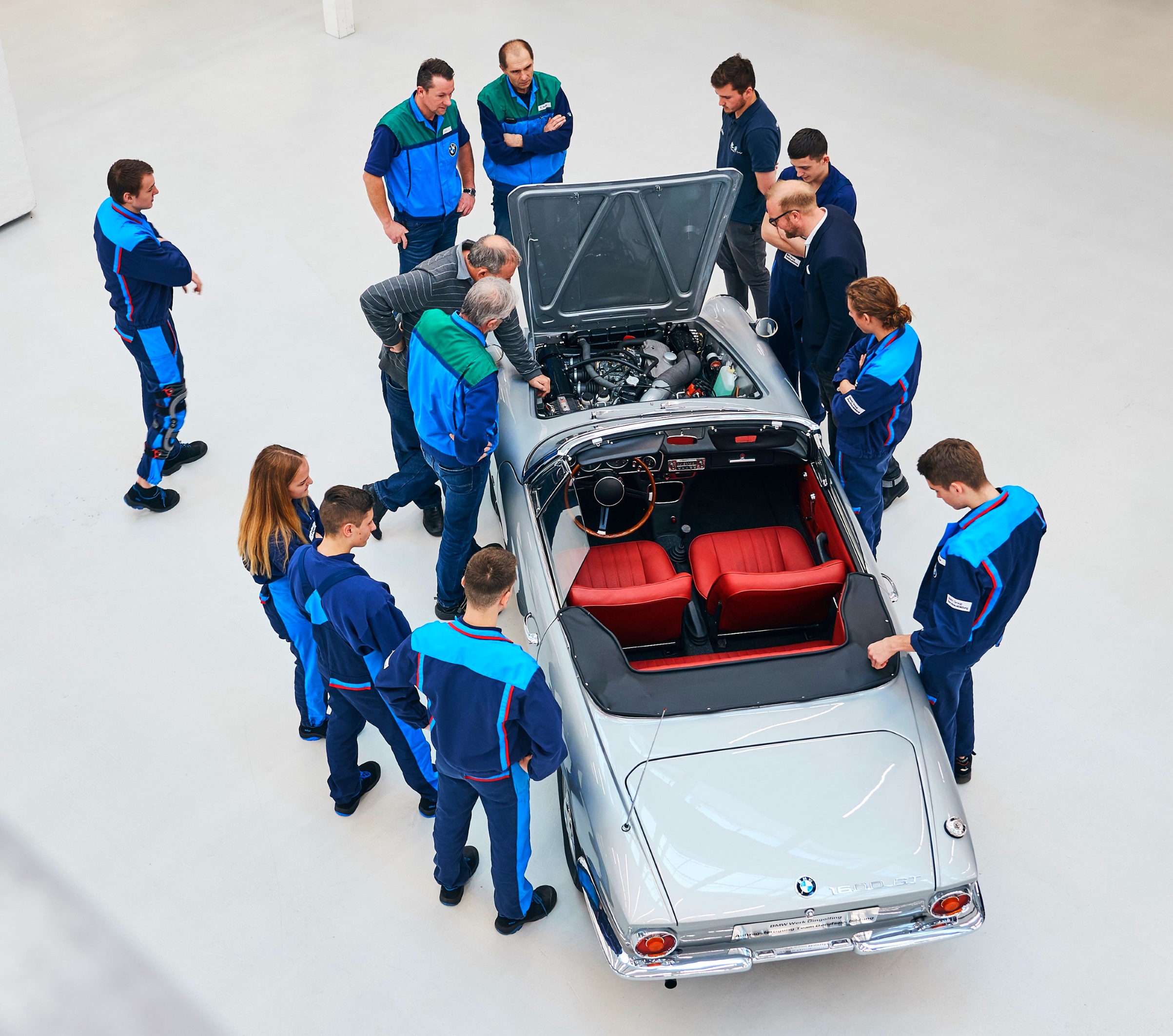