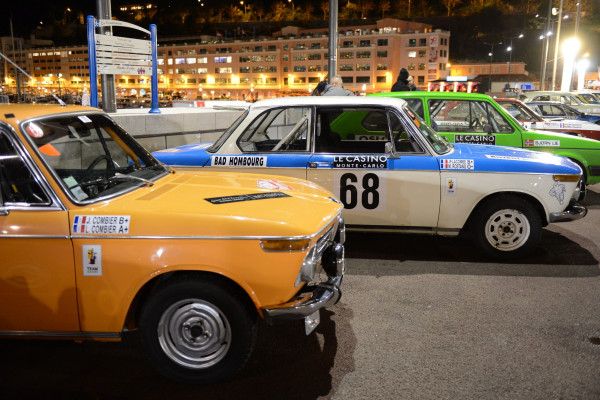 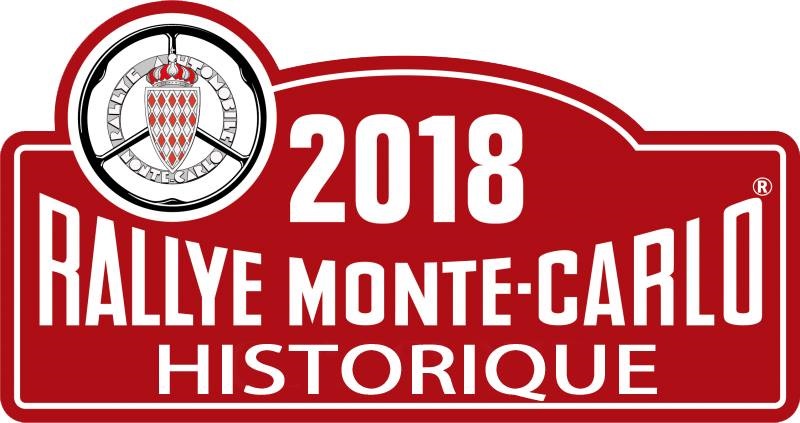 It was in 1909 that the idea of a car rally first took shape in Monaco. Alexandre Noghs, President of the ‘Association Sport Automobile Vlocipdique Mongasque’, predecessor of today’s ‘Automobile Club de Monaco’, suggested a race that would connect a large number of European cities from which the competitors would set off to converge on the finishing line in Monaco. As usual, it was the powerful Socit des Bains de Mer (SBM), Monaco’s main funder through its hotels and gambling businesses and the principalities main employer, which financed the project, considering it to be a sizeable business opportunity. The rally was, after all, a chance to bring wealthy car racing fans to Monaco from all over Europe, filling its hotels and casinos. Furthermore, their cars would speed along the roads bearing the ‘Monte-Carlo Rally’ logo, a very astute form of advertising for Monaco. 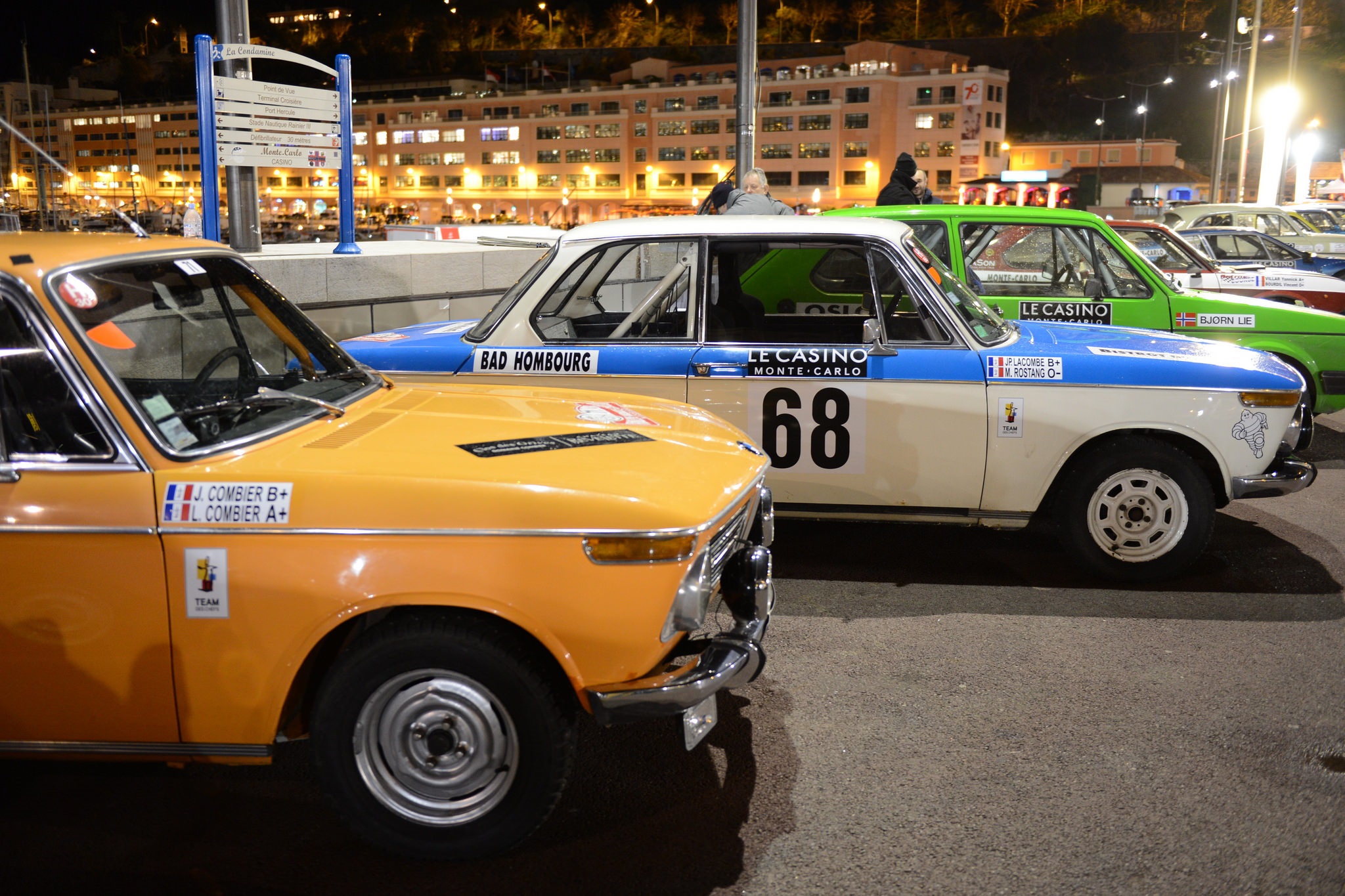 In 1911, everything was ready and the first rally took place. For almost a week, departures were staggered on dates and at times which corresponded to the distance separating them from Monaco. From Paris, Brussels, Geneva, Vienna and Berlin, cars set off on the roads, expected to clock up an average speed of 10 km/h including stops, with arrivals scheduled for Saturday, 28 January, in Monaco.

Sixteen cars reached the Principality without any difficulty. Leaving Berlin on 21 January, Von Esmark was the first to arrive, after driving 1,700 km at an average speed of 30 km/h. Because he didn’t participate in the parade, he was relegated to second place, leaving Henri Rougier in a Turcat-Mery as the winner! 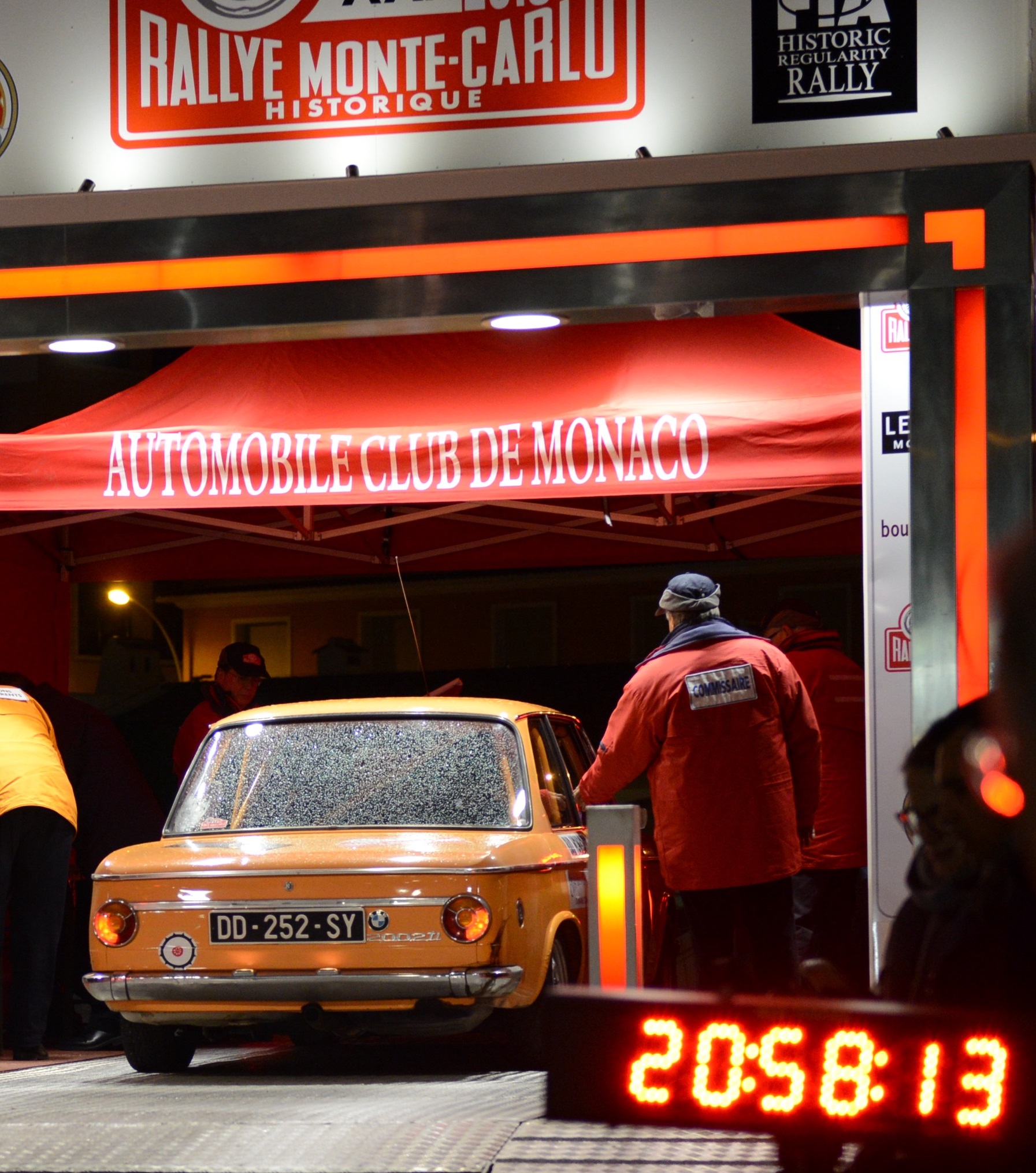 Henry Rougier was a frequent visitor. It was Rougier who had completed the first flight over the Mediterranean at the controls of his Voisin biplane just a few months earlier, on 3 March 1910. He thus demonstrated that it is possible to carry out feats both in the air and on dry land! He won 10,000 gold francs in cash, and a bronze sculpture.

The Monte-Carlo Rally was off to a brilliant start and enjoyed enormous success from its second edition onwards. It was not, of course, held during the First World War, but was successfully reintroduced in 1924. 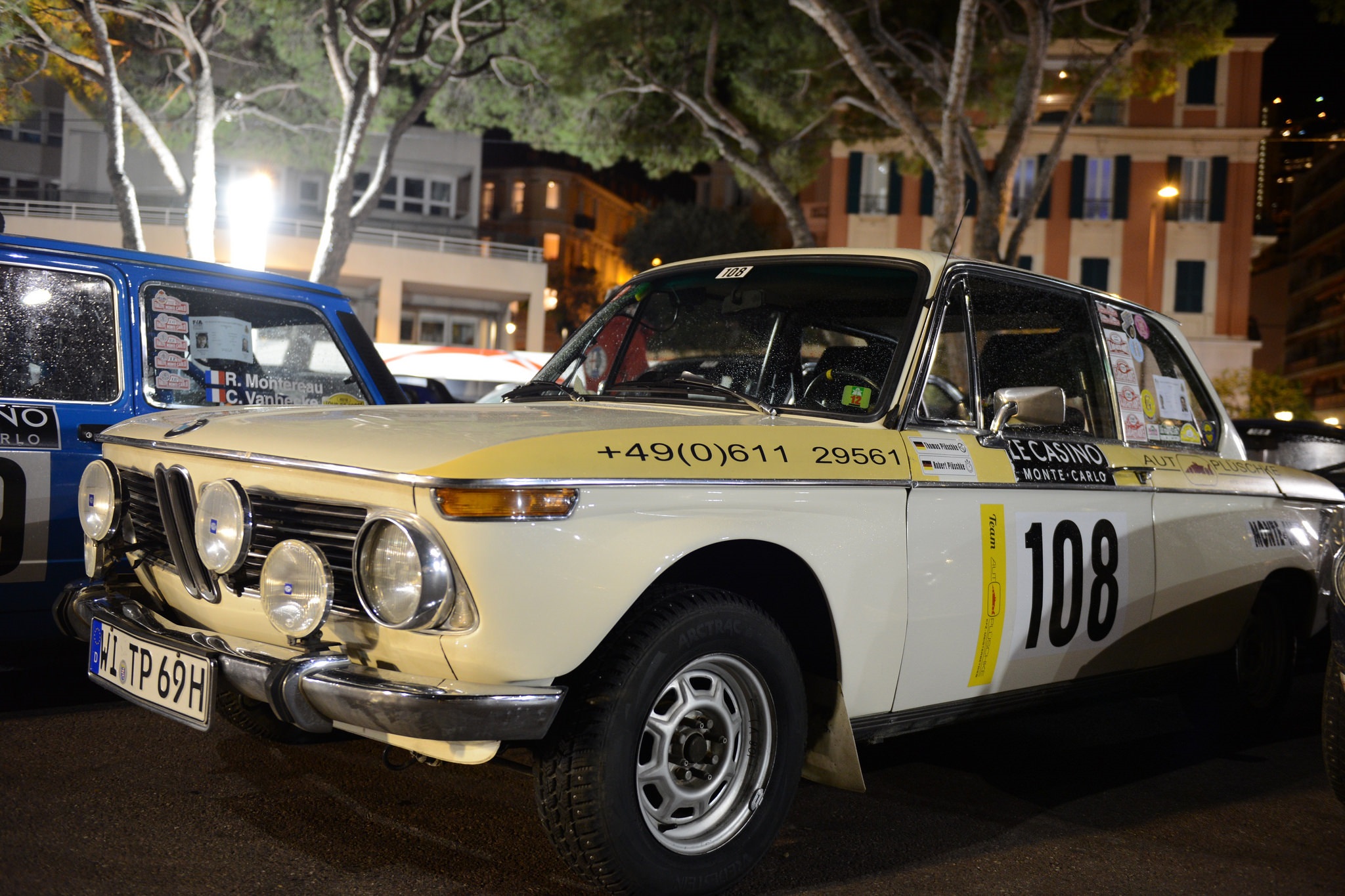 The Monte-Carlo Rally was not initially organised as a race in terms of speed but rather of consistency, as well as mechanical and human endurance. Back in those days, driving across Europe in the middle of winter was something of an achievement.

In keeping with the commercial aim of the Socit des Bains de Mer to draw a wealthy clientele to Monaco, the rally was extended to include a women’s event, adding a needed touch of glamour and elegance to the occasion. 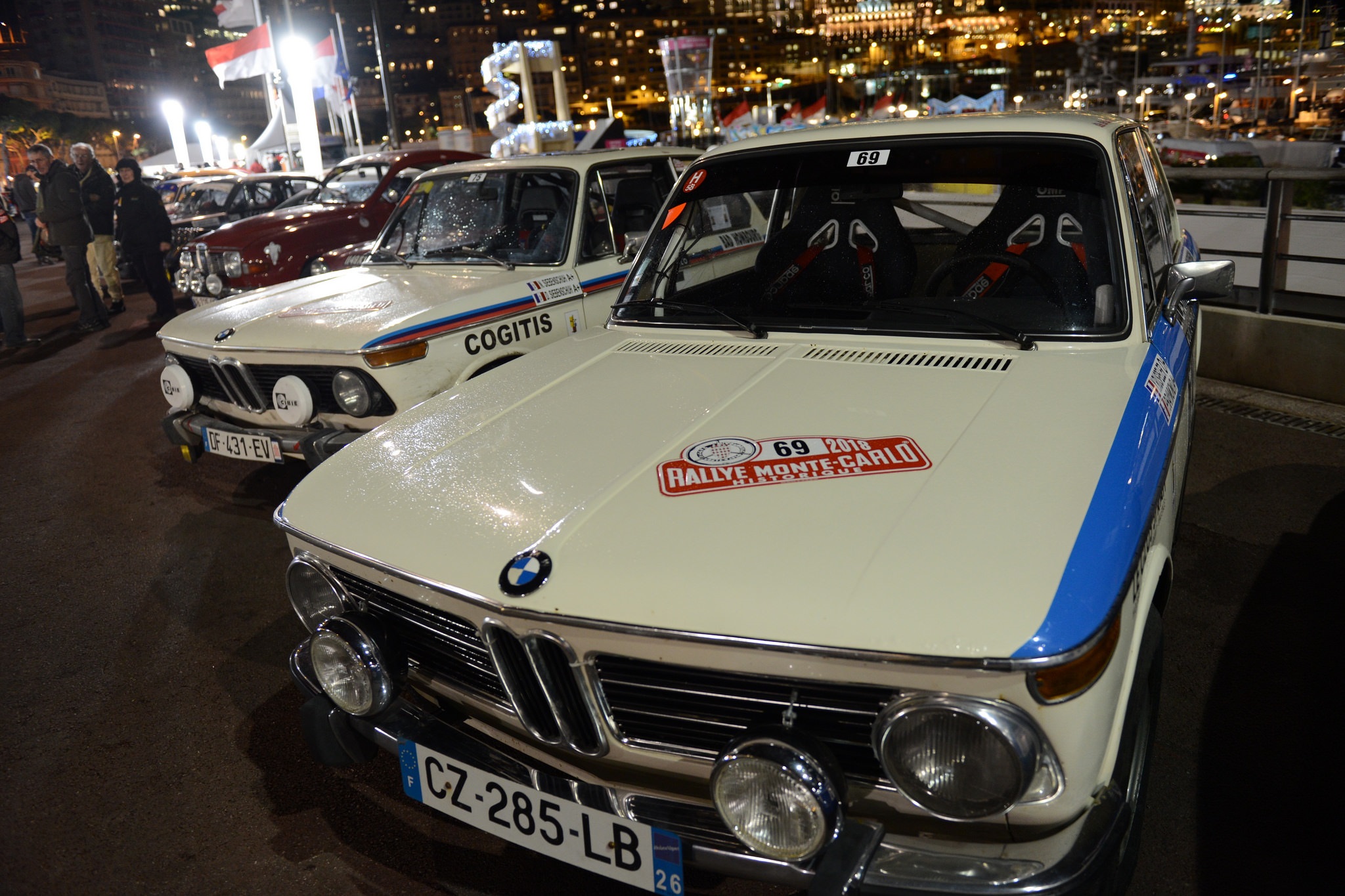 The Second World War interrupted the rally a second time, but from the early 1950s, the rally became one of Europe’s major car rallies, with results counting toward the European Grand Tourism Championship which became the European Rally Championship and the WRC in 1973.

From the 1960s onwards, pure speed was also taken into consideration and the leading professional racing stables took an interest in the event. The era of ‘gentlemen drivers’ gradually began to wane, though other legendary events emerged. An itinerary covering steep roads in the Ardche and the famous Col de Turini mountain pass led to the renown of Alpine Renaults, Mini Coopers etc in the 1960s. 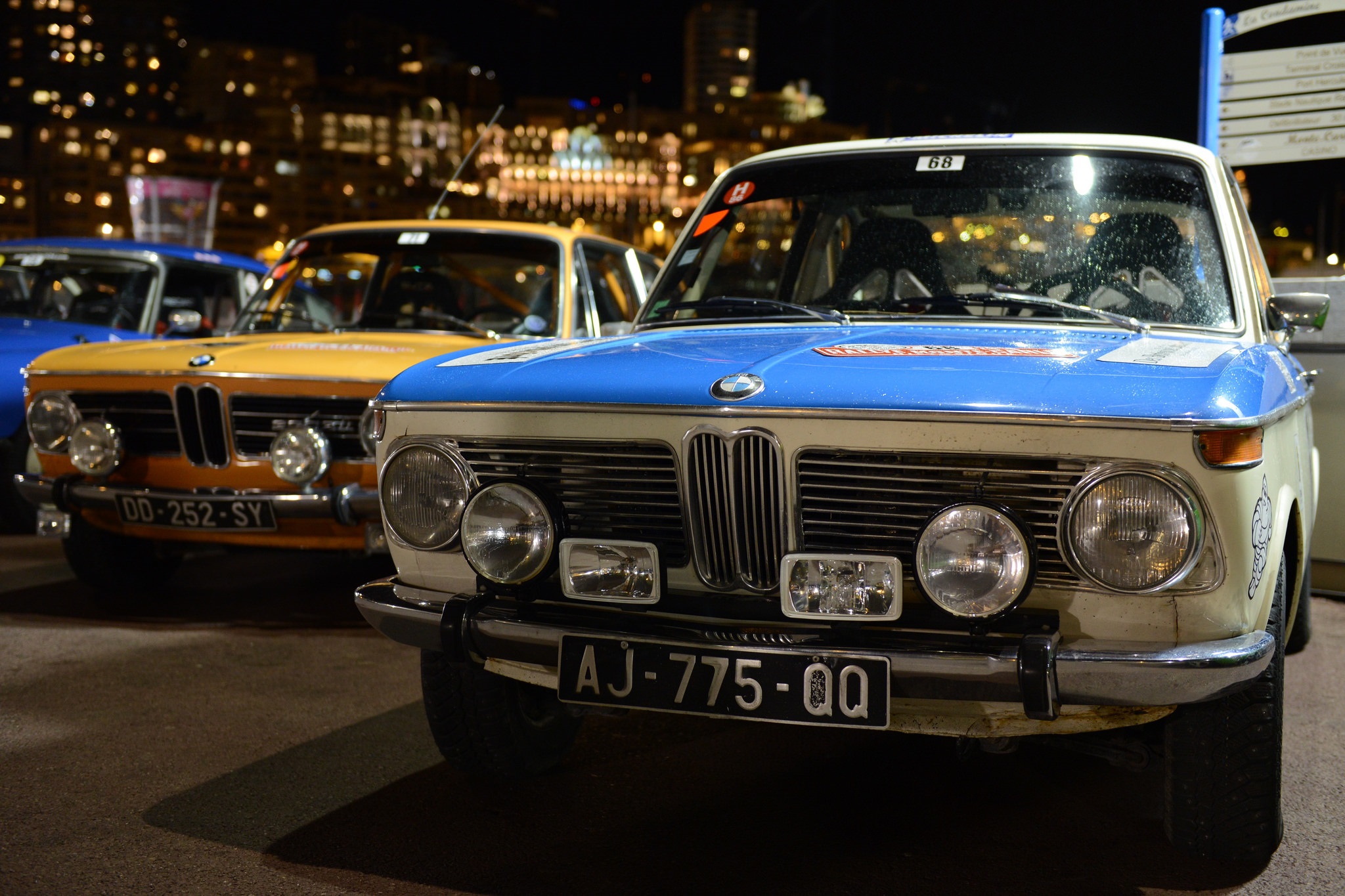 However in 1966 the event was the most controversial in the history of the Rally. The first four finishers, driving three Mini-Coopers, Timo Mkinen, Rauno Aaltonen and Paddy Hopkirk, and Roger Clark’s 4th-placed Ford Cortina were all disqualified because they used non-dipping single filament quartz iodine bulbs in their headlamps, in place of the standard double filament dipping glass bulbs which are fitted to the series production version of each models sold to the public. This elevated Pauli Toivonen (Citron ID) into first place overall. Rosemary Smith (Hillman Imp) was also disqualified from sixth place, after winning the Coupe des Dames, the ladies’ class. In all, ten cars were disqualified. Teams threatened to boycott the event. 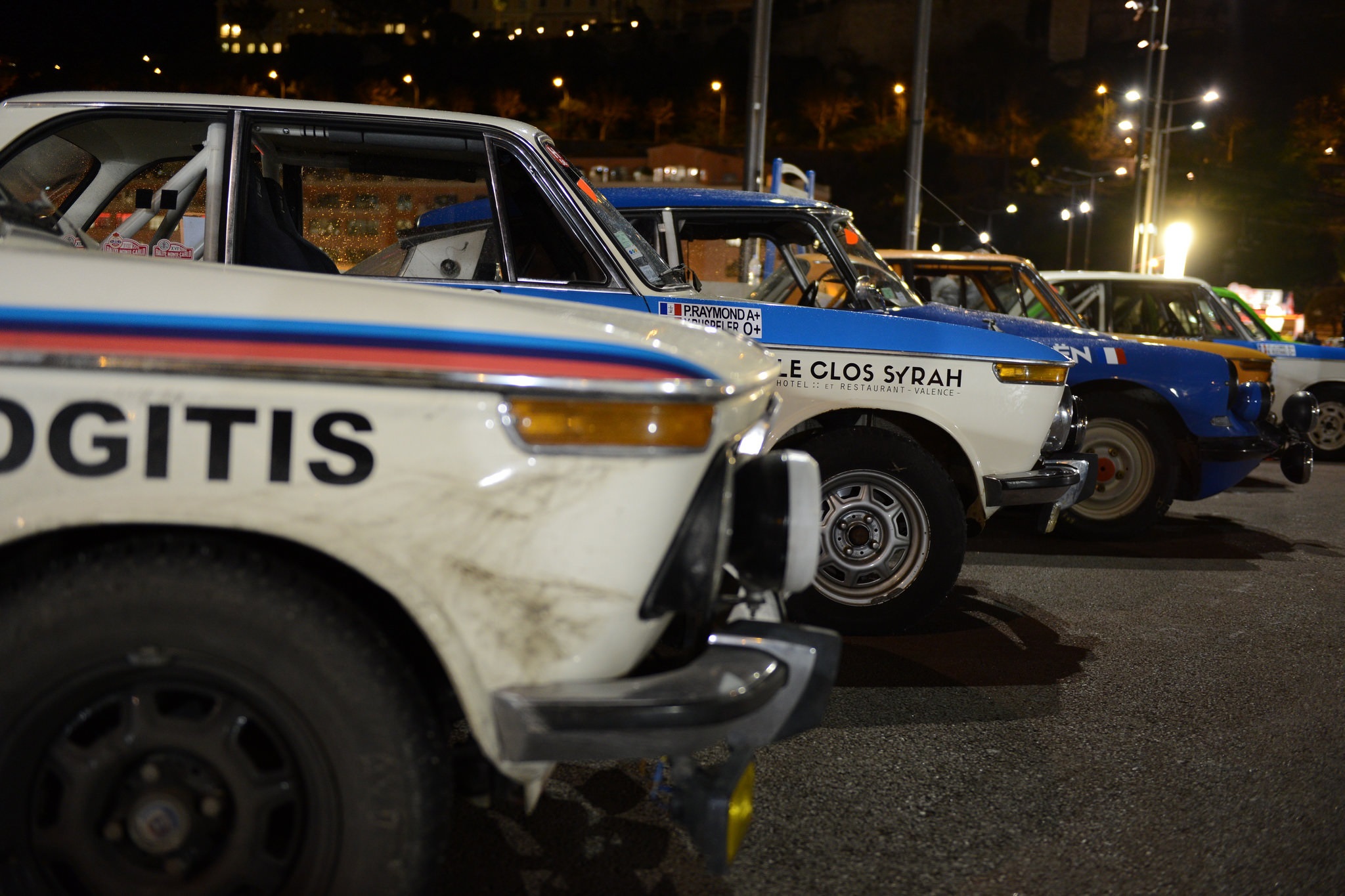 Since 1998, the rally’s spirit of pure competition has continued to exist, though there has been a return to the original concept thanks to the organisation of an historic rally based solely on consistency. Every winter in Monaco, it offers a wonderful opportunity to admire classic models such as the BMW 2002, Ford Capri, Porsche 911 and Lancia Stratos.

In this way, the Monte-Carlo Rally comes full circle every winter, revisiting its prestigious past and reliving the original spirit which inspired the event in 1911. 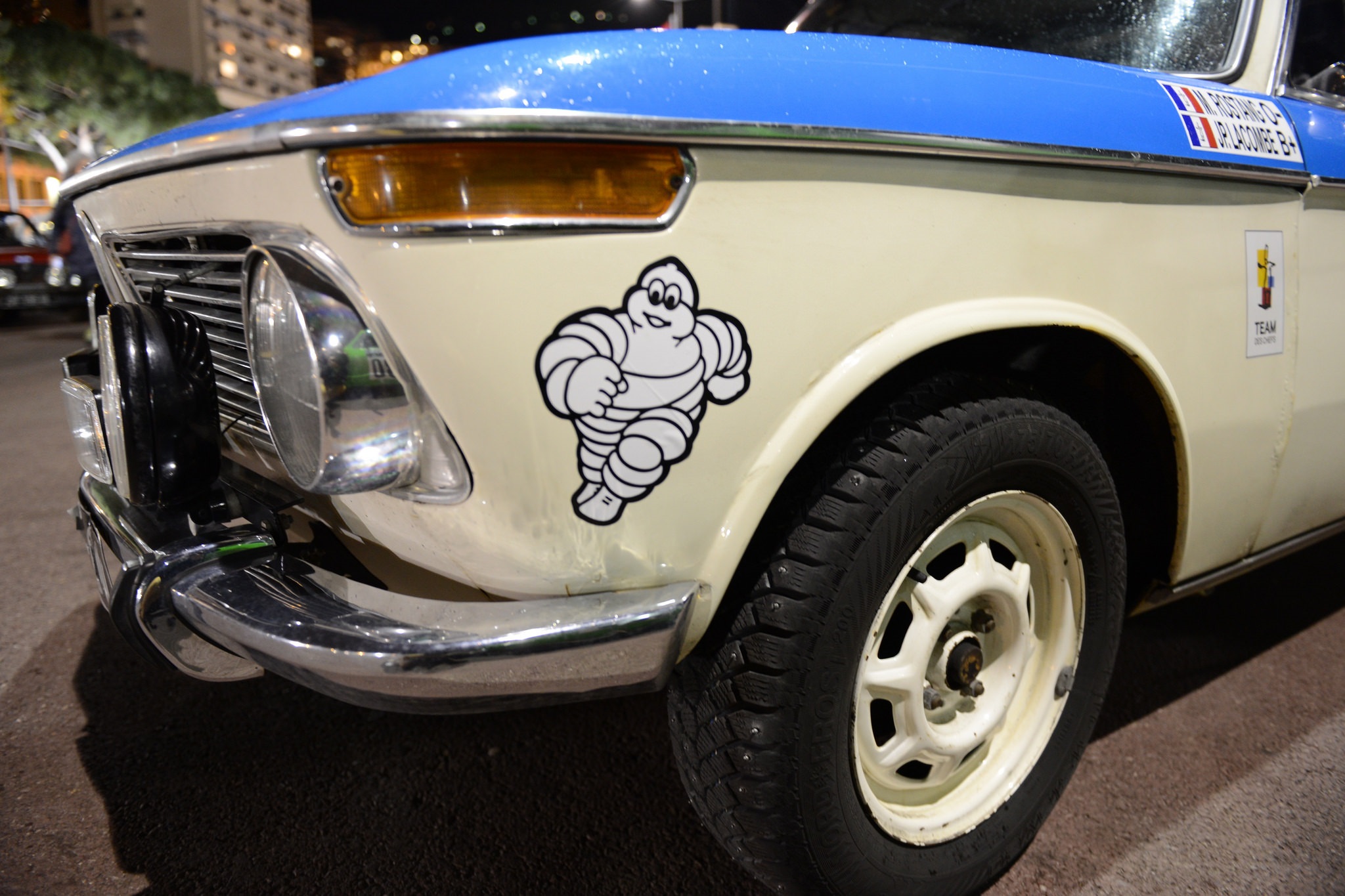 It is now a rallying event organised each year by the Automobile Club de Monaco which also organises the Formula One Monaco Grand Prix and the Rallye Monte-Carlo Historique. The rally now takes place along the French Riviera in the Principality of Monaco and south-east France.

The 86th Monte-Carlo Rally, took place from 31st January to 7th February 2018; crews entered in the 21st Rallye Monte-Carlo Historique were to face a demanding route, the main feature being a selection of Regularity Zones (ZRs) already used in previous editions of this prestigious event. 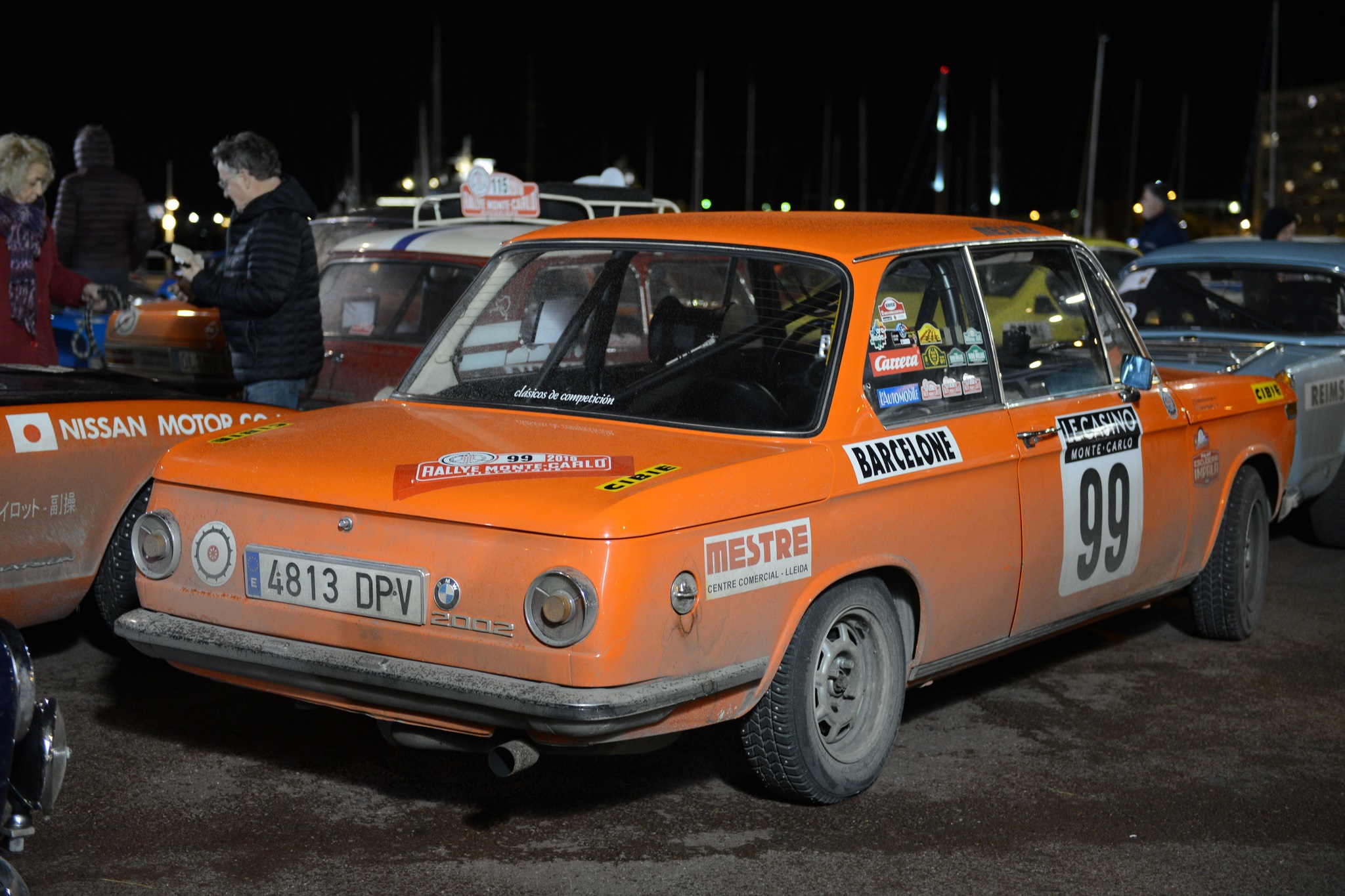 Only cars which participated to Monte-Carlo Rally between 1955 and 1980 are accepted, and in order to allow all crews a chance to finish in a decent position, they have a choice between three averages to respect during the whole race. 314 cars were entered into this year’s rally, and overall winners this year were the Italian pairing of Gianmaria Aghem and Diego Cumino, driving a Lancia Fulvia Coup 1200. Runners up were the Greek team of Delaportas/Moustakas with their MK1 VW Golf GTi. In 78th position came brothers Nicholas and Peter Moss (BMW 2002ti) who were the top all-British crew. 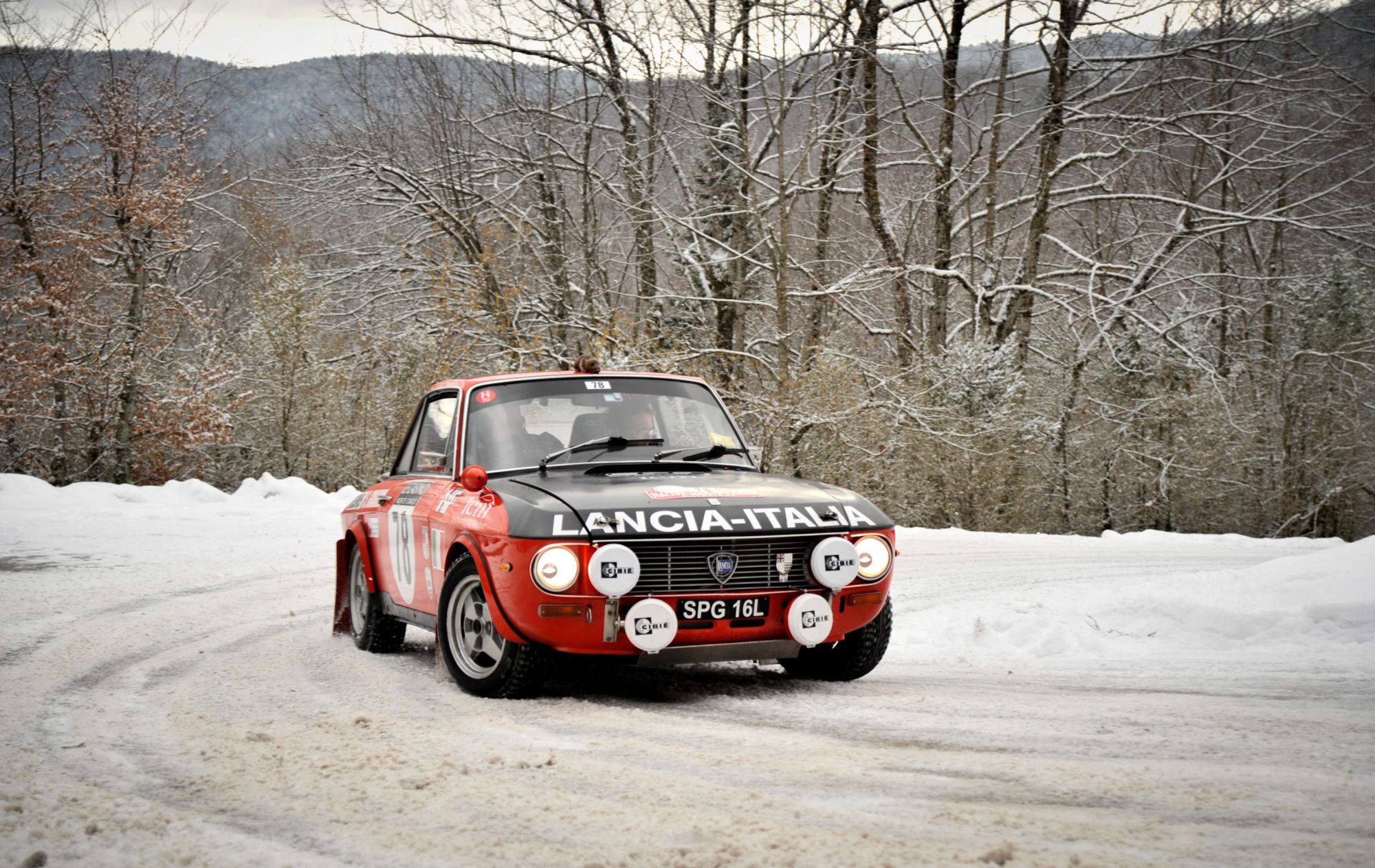 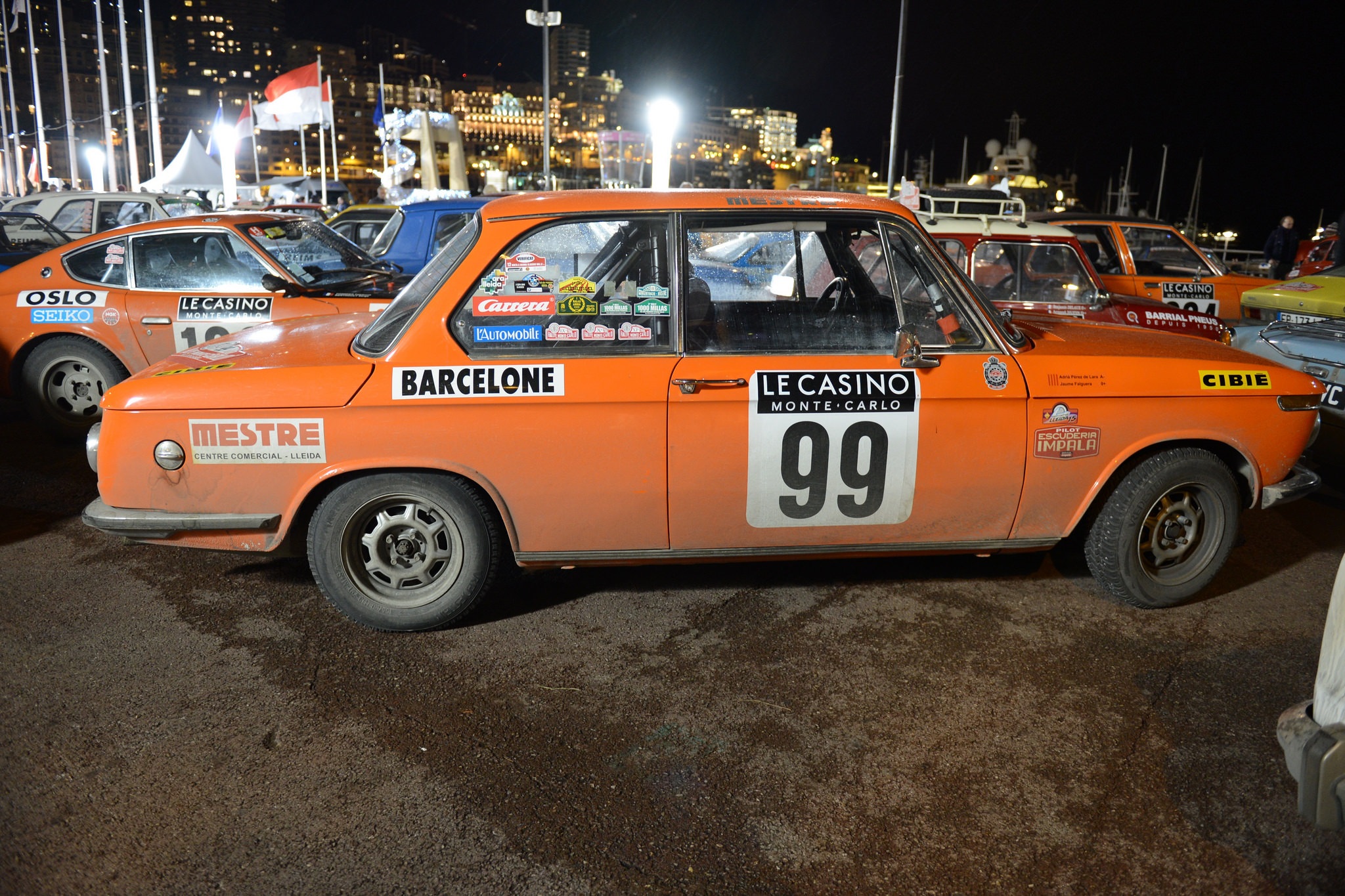 Want to watch an old comedy of the rally? Monte Carlo or Bust! is a 1969 British/French/Italian co-production comedy film, also known by its American title, Those Daring Young Men in Their Jaunty Jalopies. The story is based on the Monte Carlo Rally – first raced in 1911 – and the film recalls this general era, set in the 1920s. A lavish all-star film (Paramount put $10 million behind it), it is the story of an epic car rally across Europe that involves a lot of eccentric characters from all over the world who will stop at nothing to win. 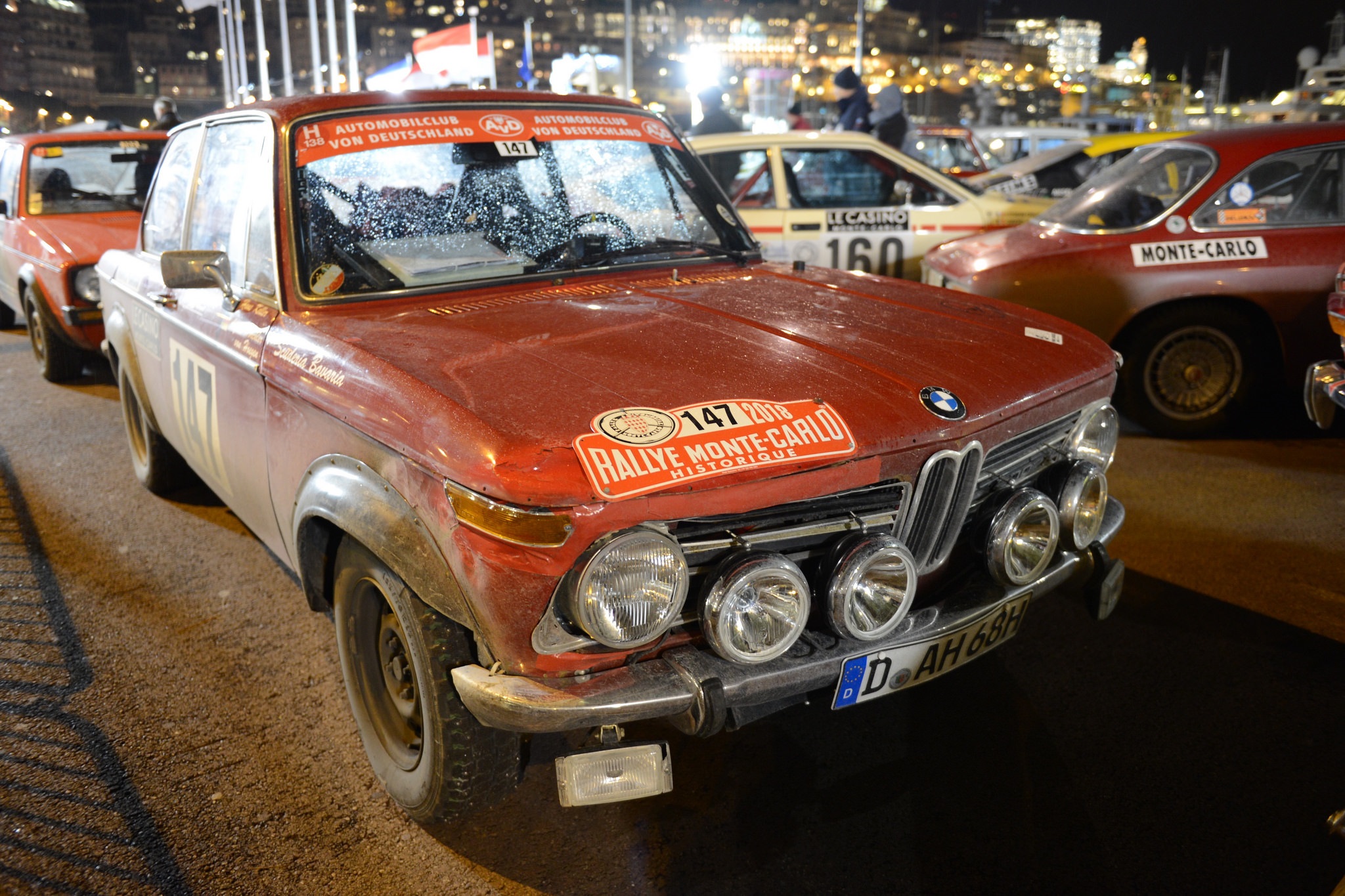