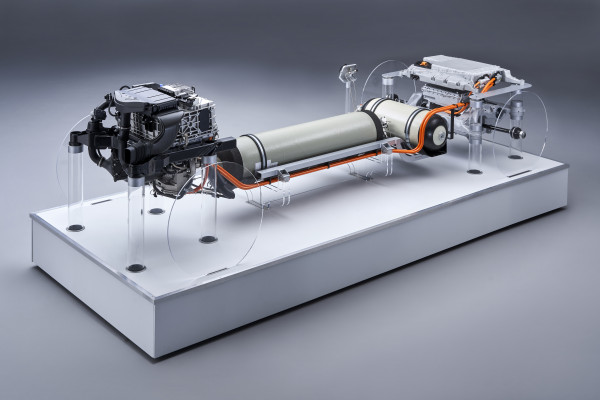 The powertrain for the BMW i Hydrogen NEXT.

Developing alternative powertrain technologies is a top priority for the BMW Group. The premium carmaker offers first virtual insights into the powertrain system for the BMW i Hydrogen NEXT and reaffirms its commitment to following a carefully considered and systematic route to emission-free mobility. This approach also includes the careful consideration of differing market and customer requirements as part of the company’s Power of Choice strategy. Customer centricity and the flexibility needed for this are essential in facilitating the breakthrough for sustainable mobility on the global stage.

Klaus Frhlich, Member of the Board of Management of BMW AG, Research and Development (click here to watch the video statement): “We are convinced that various alternative powertrain systems will exist alongside one another in future, as there is no single solution that addresses the full spectrum of customers’ mobility requirements worldwide. The hydrogen fuel cell technology could quite feasibly become the fourth pillar of our powertrain portfolio in the long term. The upper-end models in our extremely popular X family would make particularly suitable candidates here.” The BMW Group has been working with the Toyota Motor Corporation on fuel cell technology since 2013. 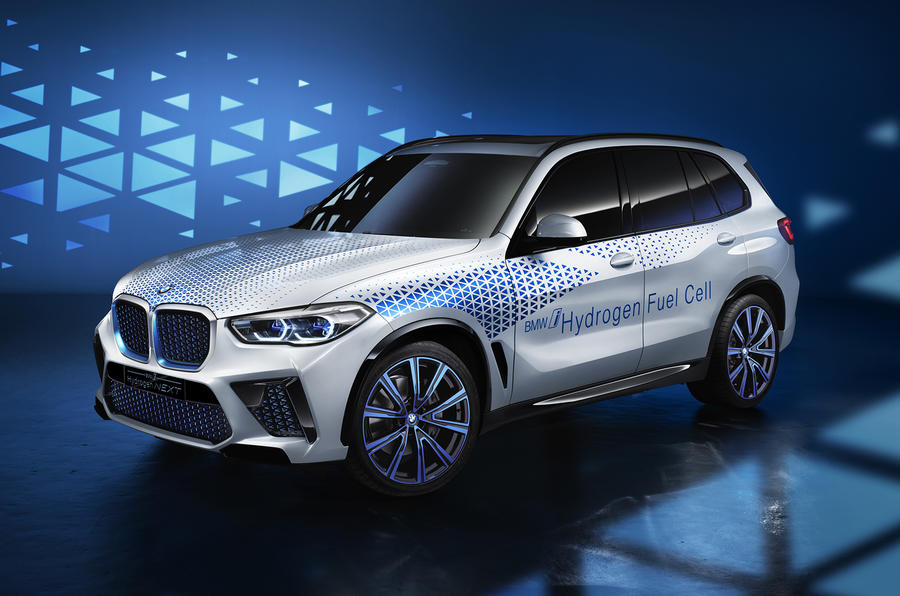 Future prospects for hydrogen fuel cell technology.Although the BMW Group has no doubt as to the long-term potential of fuel cell powertrain systems, it will be some time before the company offers its customers a production car powered by hydrogen fuel cell technology. This is primarily due to the fact that the right framework conditions are not yet in place. “In our view, hydrogen as energy carrier must first be produced in sufficient quantities at a competitive price using green electricity. Hydrogen will then be used primarily in applications that cannot be directly electrified, such as long-distance heavy duty transport,” said Klaus Frhlich. The requisite infrastructure, such as an extensive, Europe-wide network of hydrogen filling stations, is also lacking at present. However, the BMW Group is pressing ahead with its development work in the field of hydrogen fuel cell technology. The company is using the time until the infrastructure and sustainably produced hydrogen supply are in place to substantially reduce the cost of manufacturing the powertrain system. The BMW Group is already bringing battery electric vehicles to market with sustainable energy and will soon be offering its customers a wide range of electrified vehicles. A total of 25 models are slated for launch by 2023, including at least twelve with an all-electric powertrain. 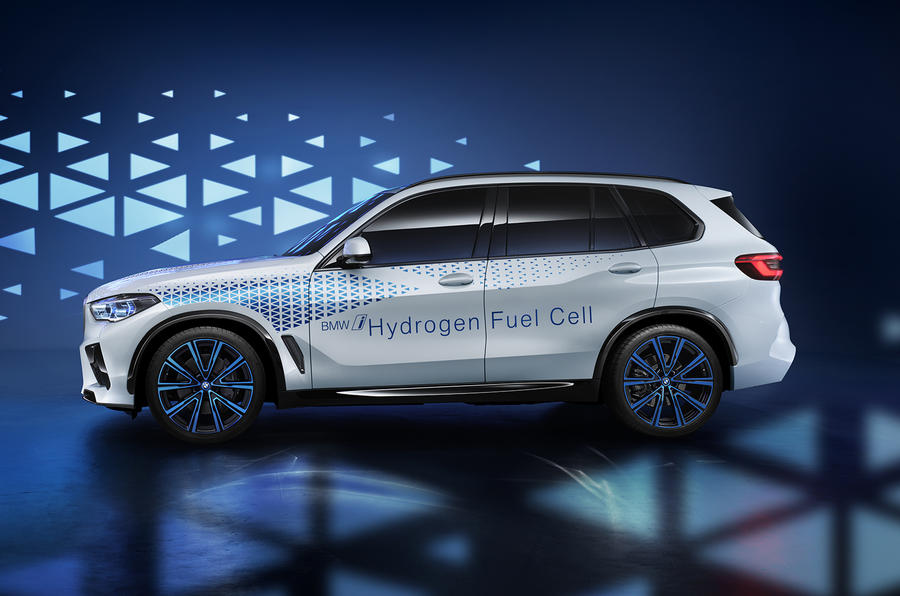 Initial technical details of the powertrain for the BMW i Hydrogen NEXT.“The fuel cell system for the powertrain for the BMW i Hydrogen NEXT generates up to125 kW (170 hp) of electric energy from the chemical reaction between hydrogen and oxygen from the ambient air,” explains Jrgen Guldner, Vice President of Hydrogen Fuel Cell Technology and Vehicle Projects at the BMW Group. This means the vehicle emits nothing but water vapour. The electric converter located underneath the fuel cell adapts the voltage level to that of both the electric powertrain and the peak power battery, which is fed by brake energy as well as the energy from the fuel cell. The vehicle also accommodates a pair of 700 bar tanks that can together hold six kilograms of hydrogen. “This guarantees a long range regardless of the weather conditions,” notes Guldner. “And refuelling only takes three to four minutes.” The fifth-generation eDrive unit set to make its debut in the BMW iX3 is also fully integrated into the BMW i Hydrogen NEXT. The peak power battery positioned above the electric motor injects an extra dose of dynamics when overtaking or accelerating. The total system output of 275 kW (374 hp) fuels the typical driving dynamics for which BMW is renowned. This hydrogen fuel cell electric powertrain will be piloted in a small series based on the current BMW X5 that the BMW Group plans to present in 2022. A customer offerpowered by hydrogen fuel cell technology will be brought to market at the earliest in the second half of this decade by the BMW Group, depending on the global market conditions and requirements. 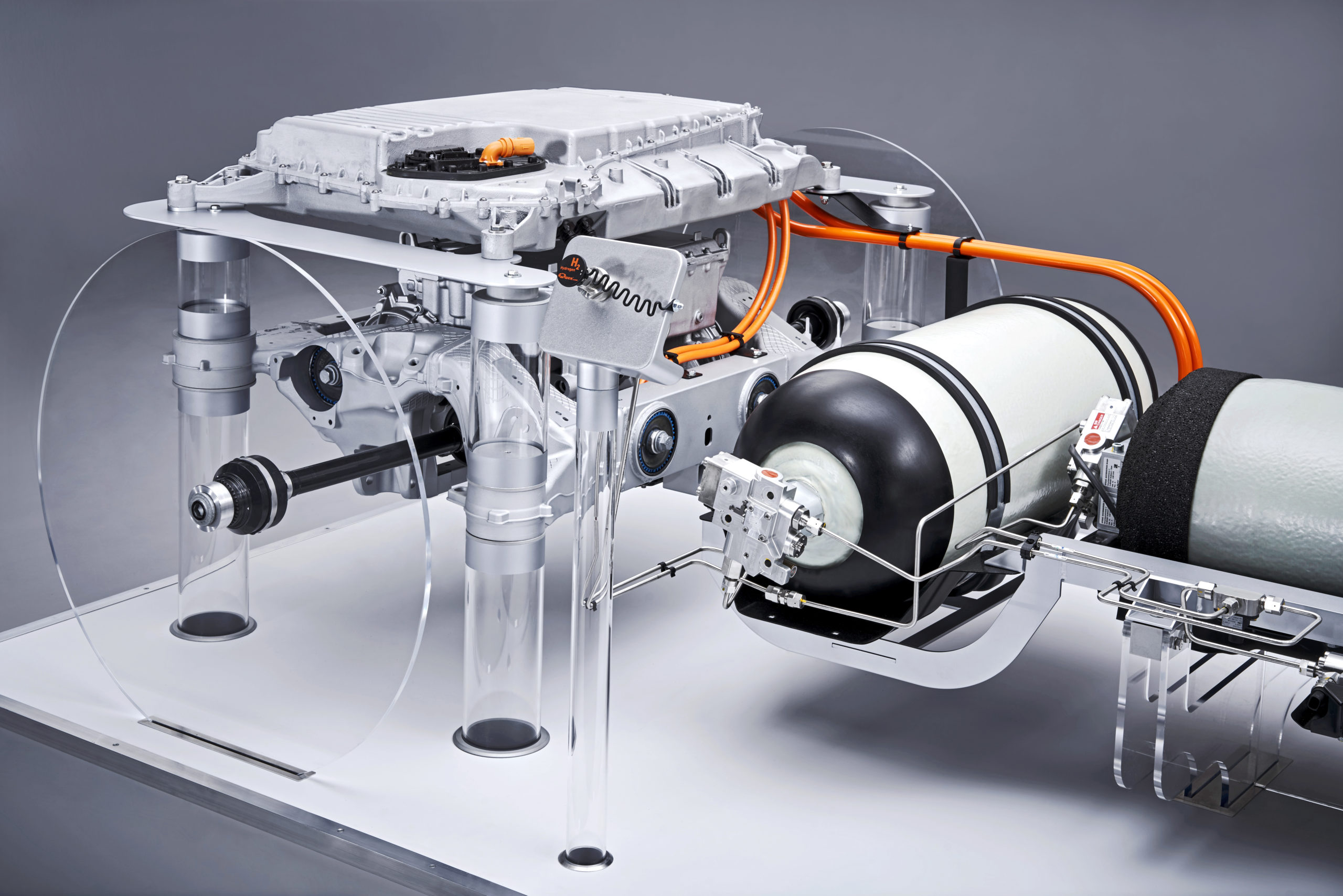 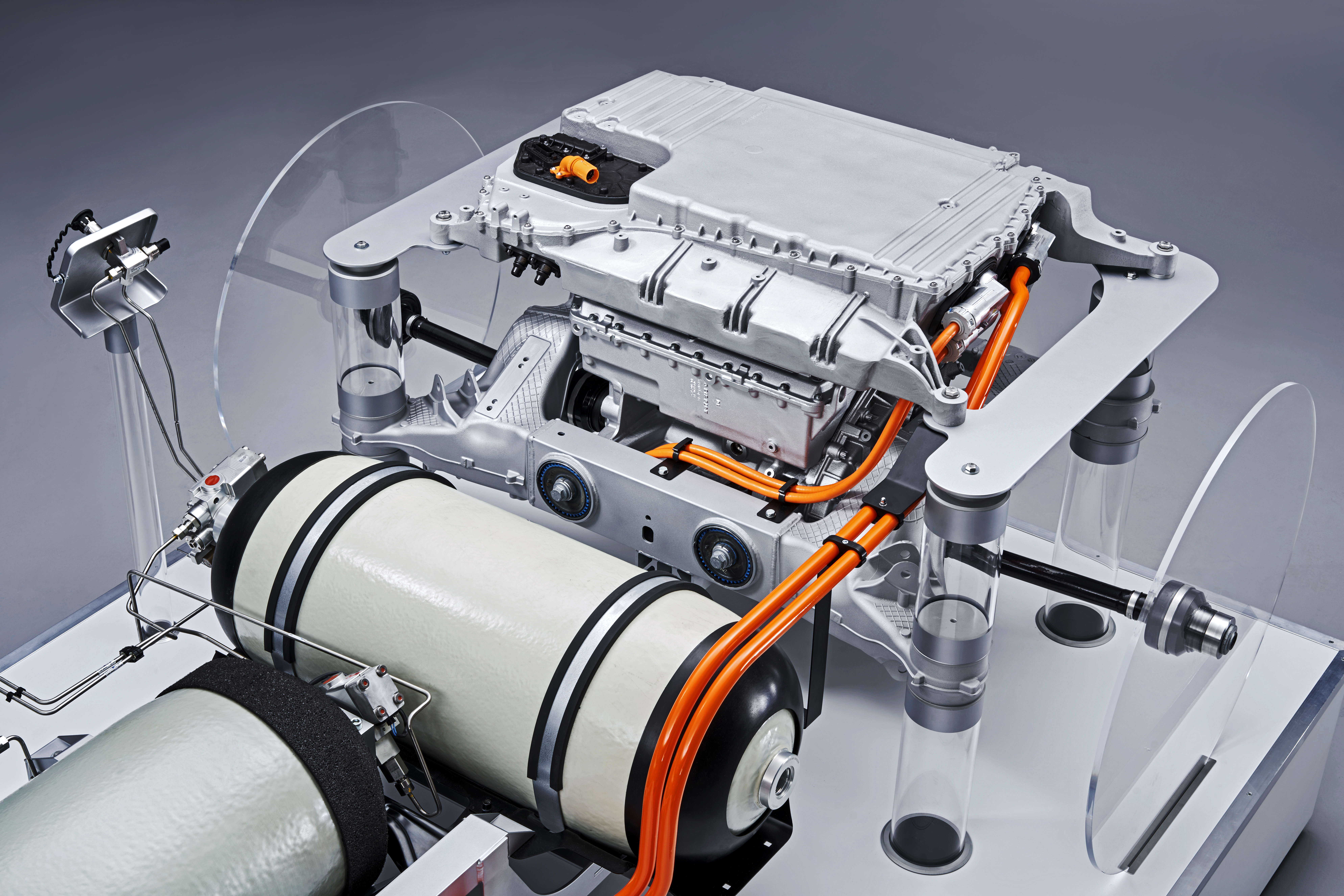 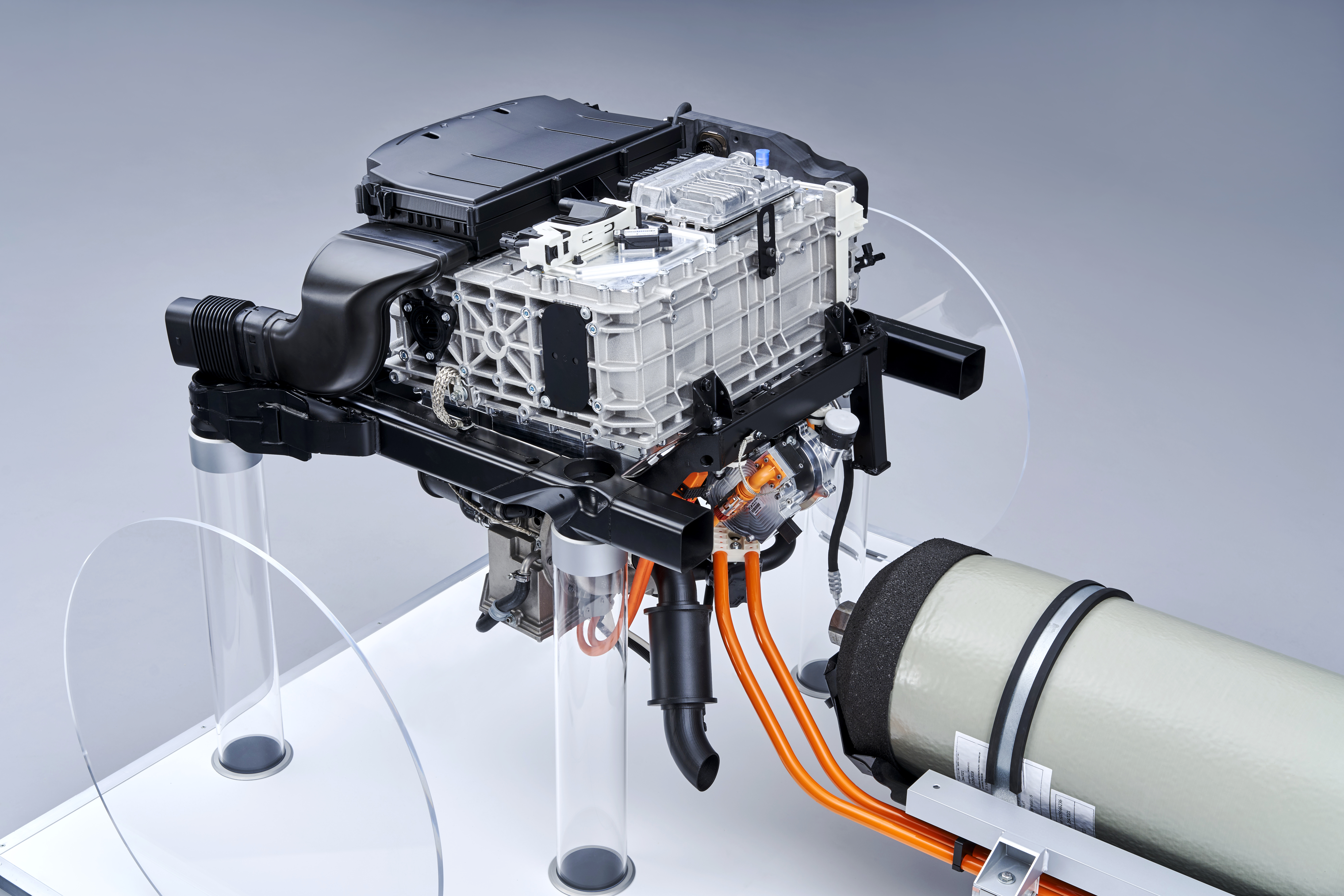 Collaboration with Toyota continues. To ensure it is ideally prepared to meet the technological demands of a hydrogen-powered fuel cell vehicle by the second half of this decade, the BMW Group is teaming up with the Toyota Motor Corporation as part of a successful partnership that dates back to 2013. The two manufacturers have joined forces to work on fuel cell powertrain systems and scalable, modular components for hydrogen fuel cell vehicles under a product development cooperation agreement. Fuel cells from the cooperation with Toyota will be deployed in the BMW i Hydrogen NEXT, alongside a fuel cell stack and overall system developed by the BMW Group. As well as partnering on the development and industrialisation of fuel cell technology for the mass market, the two companies are also founding members of the Hydrogen Council. A wealth of other leading companies in the energy, transport and industrial sectors have joined the Hydrogen Council since 2017, swelling its ranks to over 80 members.

BMW Group is involved in the BRYSON research project. The BMW Group’s participation in the research project BRYSON (a German acronym for ‘space-efficient hydrogen storage tanks with optimised usability’) underlines its faith in the future viability and potential of hydrogen fuel cell technology. This alliance between BMW AG, Munich University of Applied Sciences, Leichtbauzentrum Sachsen GmbH, the Technical University of Dresden and WELA Handelsgesellschaft mbH seeks to develop pioneering high-pressure hydrogen storage tanks. These are to be designed to allow easy integration into future universal vehicle architectures. The project aims to develop tanks with a flat design. Set to run for a period of three-and-a-half years and with funding from the Federal Ministry for Economic Affairs and Energy, this project will also help to lower the cost of manufacturing hydrogen tanks for fuel cell vehicles, enabling them to compete effectively with battery electric vehicles.