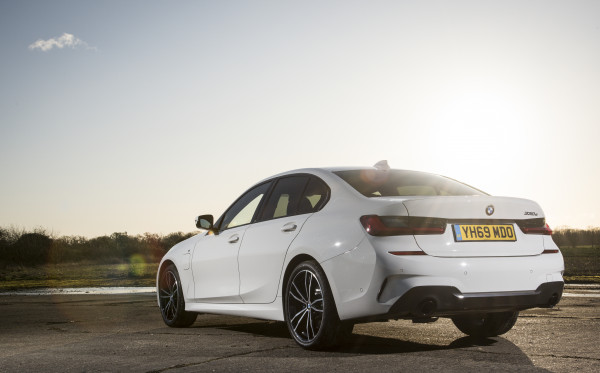 BMW has kicked off 2020 by adding 13 industry awards to the brand’s ever-growing collection of accolades. The spectrum of awards, including a quartet of category wins in the What Car? Awards 2020, Company Car Today CCT100 Awards and Great British Fleet Awards, underlines the variety of the BMW model line-up and its class-leading status in multiple segments.

BMW’s 3 Series and 5 Series triumphed at the What Car? Awards 2020, winning praise for their usability, ease of ownership and advanced technologies.

Steve Huntingford, Editor, What Car?, said: “The astonishing BMW 330e is not only the best plug-in hybrid you can buy, but the best executive car full stop. It slickly integrates the latest green technology with the long-held wants and needs of people shopping in this class.”

He added that the advanced plug-in hybrid was easy to live with, that it is “of the very highest standard everywhere inside” and is “fantastic to drive, yet well priced and cheap to run”.

The 5 Series reigned supreme in the fiercely-contest Best Luxury Car category. After announcing it as What Car?’s favourite luxury car since the seventh-generation version was launched in 2016, Huntingford added: “not only is it the most comfortable and quietest car in its price bracket, but it also offers a better driving position than any comparable car and its feature-packed, user-friendly infotainment system is light years ahead of everything else”. The model’s frugal running costs also contributed to the win, with What Car? highlighting that it was cheaper than its rivals to run privately, or as a company car.

BMW was voted Fleet Manufacturer of the Year at the 2020 Great British Fleet Awards, with Fleet World applauding the commitment of its UK fleet team in making a BMW business purchase easy and straightforward.

Martyn Collins, Editor, Fleet World said: “BMW have upped up the ante in the last year with Rob East and the team having implemented changes to bring sustainable channel management to the company. They’ve also aligned the BMW and MINI brands to complement, rather than compete against each other, all working together to make buying a BMW easier.”

Confirming why the 1 Series was victorious, Collins highlighted its impressive interior space and connectivity. He concluded that it was “great to drive and impressively refined”.

He was equally complimentary of the 3 Series, adding: “At Fleet World, we’re big fans of the latest model launched just over a year ago, as it’s such a complete all-rounder, offering more interior space, impressive tech, combined with efficient engines to keep costs down.”

BMW underlined the suitability of its model range for fleets and company drivers after the 1 Series, 3 Series and 5 Series were all category winners in the Company Car Today CCT100 Awards.

The awards haul was bolstered with the 1 Series winning the Premium Lower Medium Car of the Year Award and the 5 Series being named Executive Car of the Year.

On awarding BMW, Paul Barker, Editor, said: “It was a big year of change for BMW, with the new 1 Series and 3 Series being launched in 2019, but these awards prove the brand has successfully and brilliantly replaced two fleet favourites with models that are more efficient, cleverer and better all-round than their predecessors, while the 5 Series, a former CCT100 Car of the Year, continues to be the best Executive model by some distance.”

There was further recognition for the 3 Series at the Company Car and Van Awards, the 330e adding to its growing number of trophies by winning the Plug-in Hybrid Car of the Year Award. Company Car and Van editor Andrew Walker praised 330e as “arguably the best plug-in car full stop.”