The legendary BMW Junior Team makes its comeback in 2020. 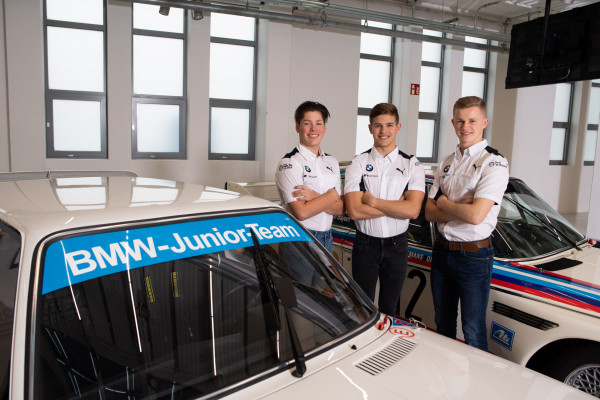 The legendary BMW Junior Team celebrates its comeback after more than 40 years. Eddie Cheever (USA), Manfred Winkelhock (GER) and Marc Surer (SUI) caused a stir in the world of motorsport in 1977, and 2020 will see a new generation of promising talents contest races under the name BMW Junior Team. Dan Harper (GBR), Max Hesse (GER) and Neil Verhagen (USA) will complete a holistic, first-class, intensive training programme designed to cover two seasons that will set new standards in the promotion of young talented drivers. One of their mentors will be the man who founded the first BMW Junior Team in 1977: Jochen Neerpasch. 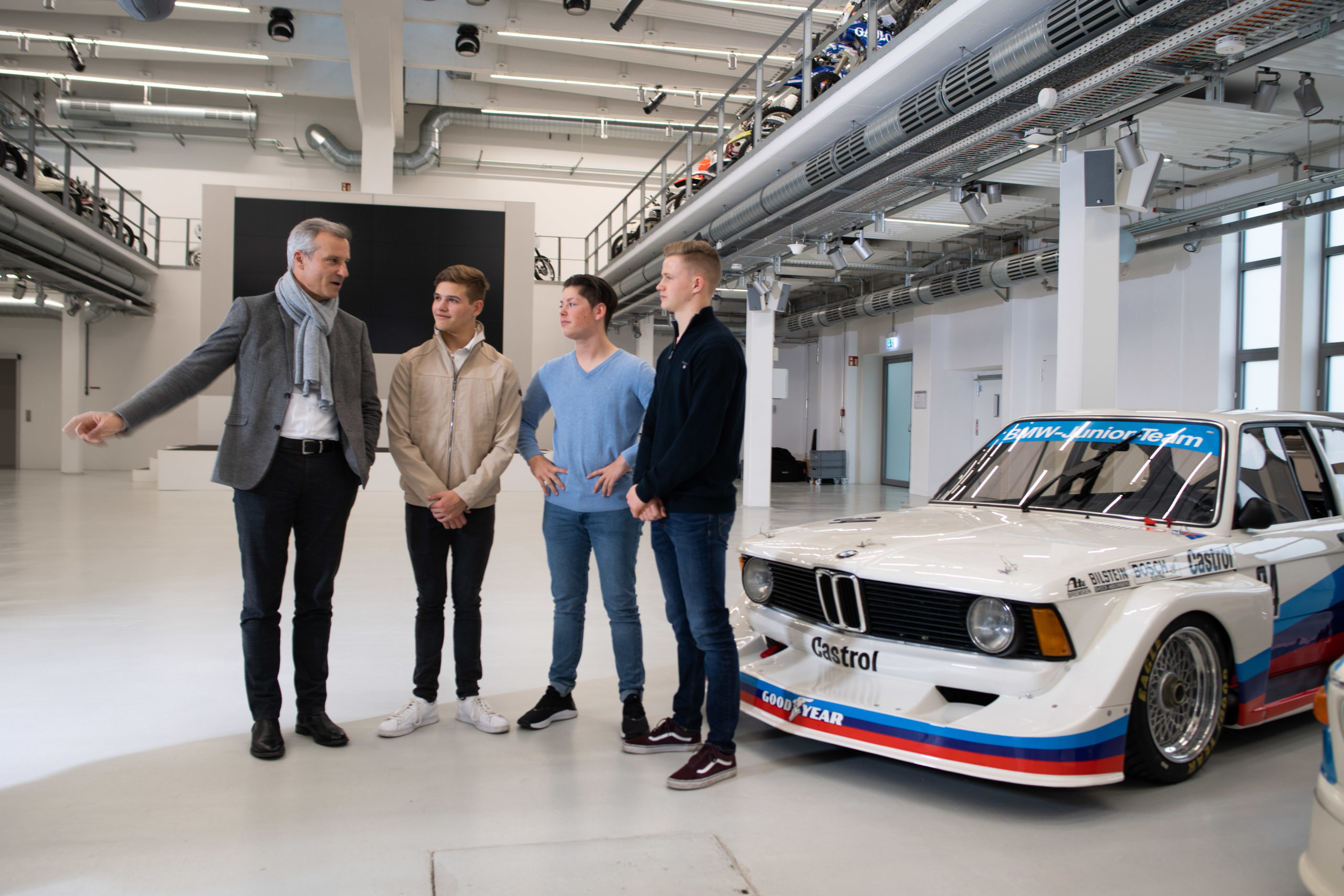 The objective of the totally new training concept is to further develop the Juniors jointly in many different areas, stimulate them individually and holistically, and thereby make them better and above all more mature racing drivers. The BMW Junior Team will start its training program me on 9th January when they move into a shared flat close to Formula Medicine in Viareggio (ITA), where a training camp spanning several weeks awaits them. Here the focus will be on fitness and mental training as fundamental elements of preparing for the race season. Another pillar of the programme is the team concept. To strengthen this, once the training camp comes to an end, the Juniors will move into a shared flat near the Nrburgring (GER), which will become the focal point of their racing driver training. At the wheel of various BMW racing cars – from the new BMW M2 CS Racing through the BMW M4 GT4 to the BMW M6 GT3 – the BMW Junior Team will complete the entire season of the Nrburgring endurance series as well as the 24 Hours of Nrburgring. On top of the racing commitments come numerous additional training elements. Sim racing will play a major role, as will learning about operations away from pure racing, for example, at BMW M GmbH and in various other areas within the BMW Group.

“I would like to extend a warm welcome to the BMW family to Dan Harper, Max Hesse and Neil Verhagen as members of the new generation of the BMW Junior Team,” said BMW Group Motorsport Director Jens Marquardt. “The rebirth of the legendary BMW Junior Team after more than 40 years is something very special to us here at BMW Motorsport, all the more since we were able to secure the founder of the then BMW Junior Team and of BMW Motorsport GmbH, Jochen Neerpasch, as one of the mentors for the new generation. This sees tradition and future meet in what is a perfect configuration from our perspective. The new Juniors will be a real team and learn a great deal as part of our holistic, first-class, intensive programme both on and off the track. Our new concept is based on multiple pillars: racing at the Nrburgring-Nordschleife, sim racing as a new, future-oriented area, mental and fitness training at Formula Medicine, training content within the BMW Group, and team building through living together in shared accommodation. With this comprehensive concept, we are raising our junior development to another new level.”

Jochen Neerpasch said: “When I founded the first BMW Junior Team in 1977, we at BMW Motorsport were pioneers in junior development. We made training young racing drivers a professional undertaking for the first time. Now, being involved in the advancement of a BMW Junior Team again after more than 40 years is a real joy. I know from experience that young drivers learn a lot more quickly when they act as a team rather than just battling for themselves. It was on this basis that, in collaboration with those in charge at BMW Motorsport, the idea of reviving the BMW Junior Team came into being. I’m fascinated by the thought that these three Juniors will learn together on the most difficult racetrack in the world and will also receive training in many other areas. I’m confident that the three of them will make their way into professional racing. We will do our best to give them the ideal basis for this.”

The trio making up the new BMW Junior Team has already gained experience and their first successes in racing. 19-year-old Dan Harper won the title in the British Carrera Cup in 2019 and his achievements saw him nominated for the prestigious Autosport Awards. 18-year-old Max Hesse celebrated winning the title in the rapidly growing touring car series TCR Germany in 2019. He was also ADAC’s sponsored candidate. Also 18 years old, Neil Verhagen finished in sixth place overall in the star-studded British F3 Championship in 2019 and was part of the Red Bull Junior programme.

During their training, the trio will receive support from other mentors in addition to Neerpasch. Aside from BMW works driver Philipp Eng (AUT) and Dr. Riccardo Ceccarelli (ITA) of Formula Medicine, BMW works driver Dirk Adorf (GER), who has been acting as a mentor for the BMW Motorsport Juniors since 2011, will have primary responsibility for looking after the interests of the talented youngsters. “I’m really looking forward to going through the two-year programme alongside our Juniors,” said Adorf. “The lads are already very strong and will be trained by us in all areas offered by the BMW Motorsport and BMW Group environment. On top of this, they will be learning on the best racetrack in the world. If they are quick there, they will no doubt do well everywhere. I am very familiar with the Nrburgring and am always available there for the Juniors as a primary advisor. With my track knowledge, but also with my knowledge of the region. When they are living in a flat there they will also need someone to answer standard everyday questions. I think that I will be able to help them get to know lots of people and to feel at home.” 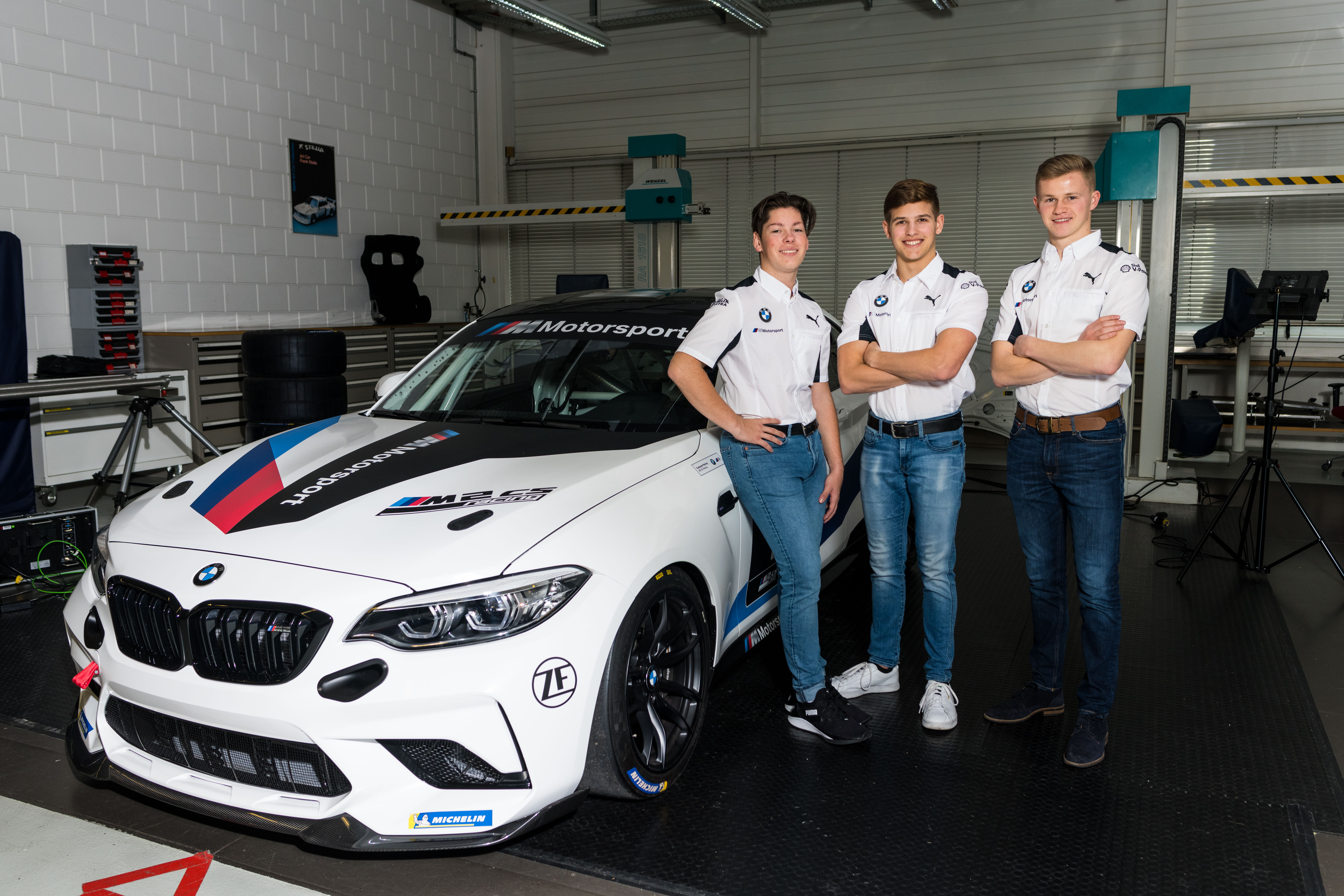 An overview of the 2020 BMW Junior Team:

Dan Harper: “I feel honoured to be allowed to be part of this exciting programme and am really looking forward to the next two years. I hope to be able to build on the successful period that I have enjoyed in recent years. The fact that Neil, Max and I will be working together as a team is not standard for us as racing drivers, but we have already got to know each other and get on really well. I think that we will have a lot of fun and will hopefully be a very strong BMW Junior Team.” 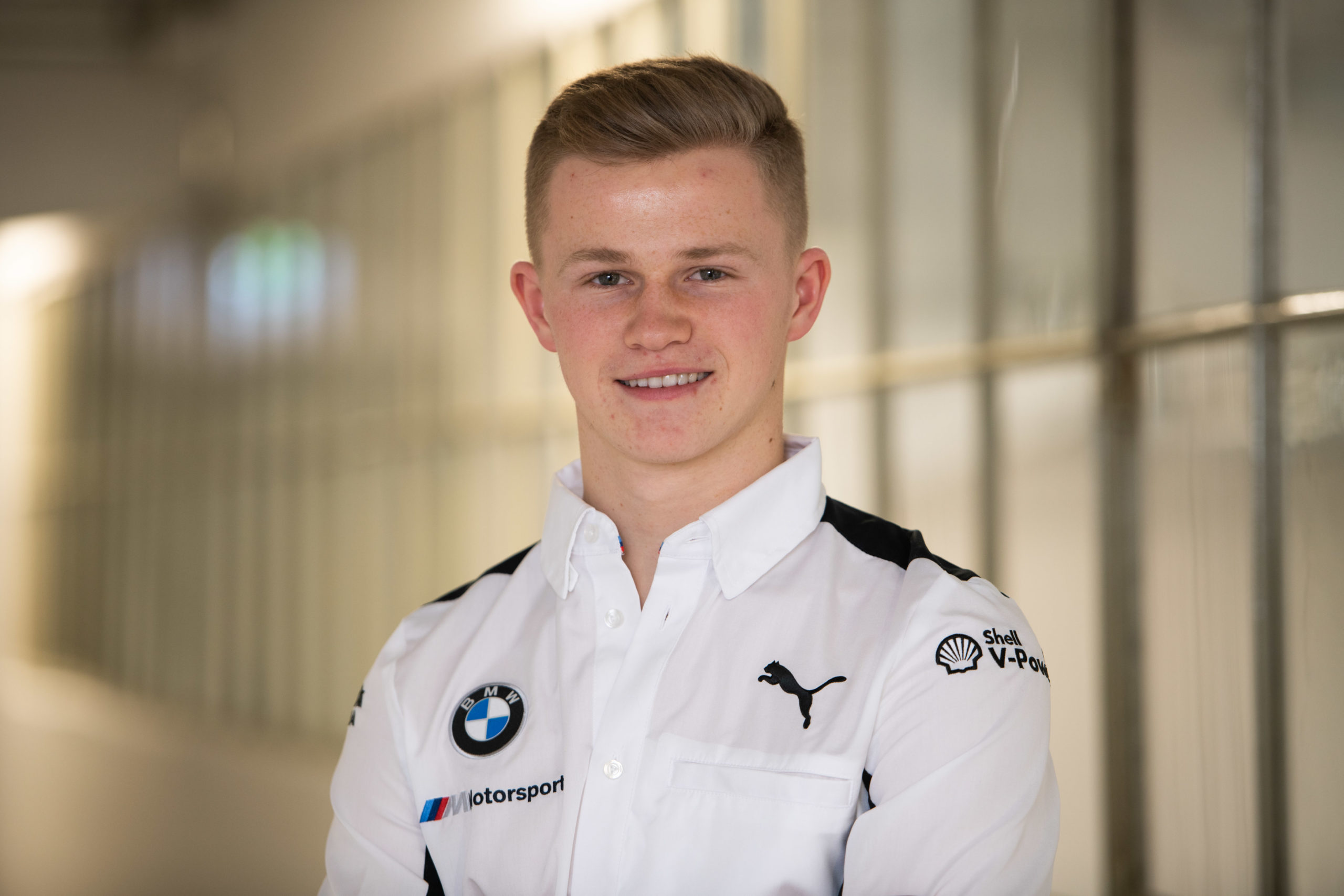 Max Hesse: “I think we will have a really cool time together. Since there are three of us, we can push each other and learn from each other. I think that’s great, and to be able to represent the colours of a major manufacturer like BMW in the process and drive all these fantastic racing cars on the Nordschleife will be totally amazing. I’m really looking forward to it.” 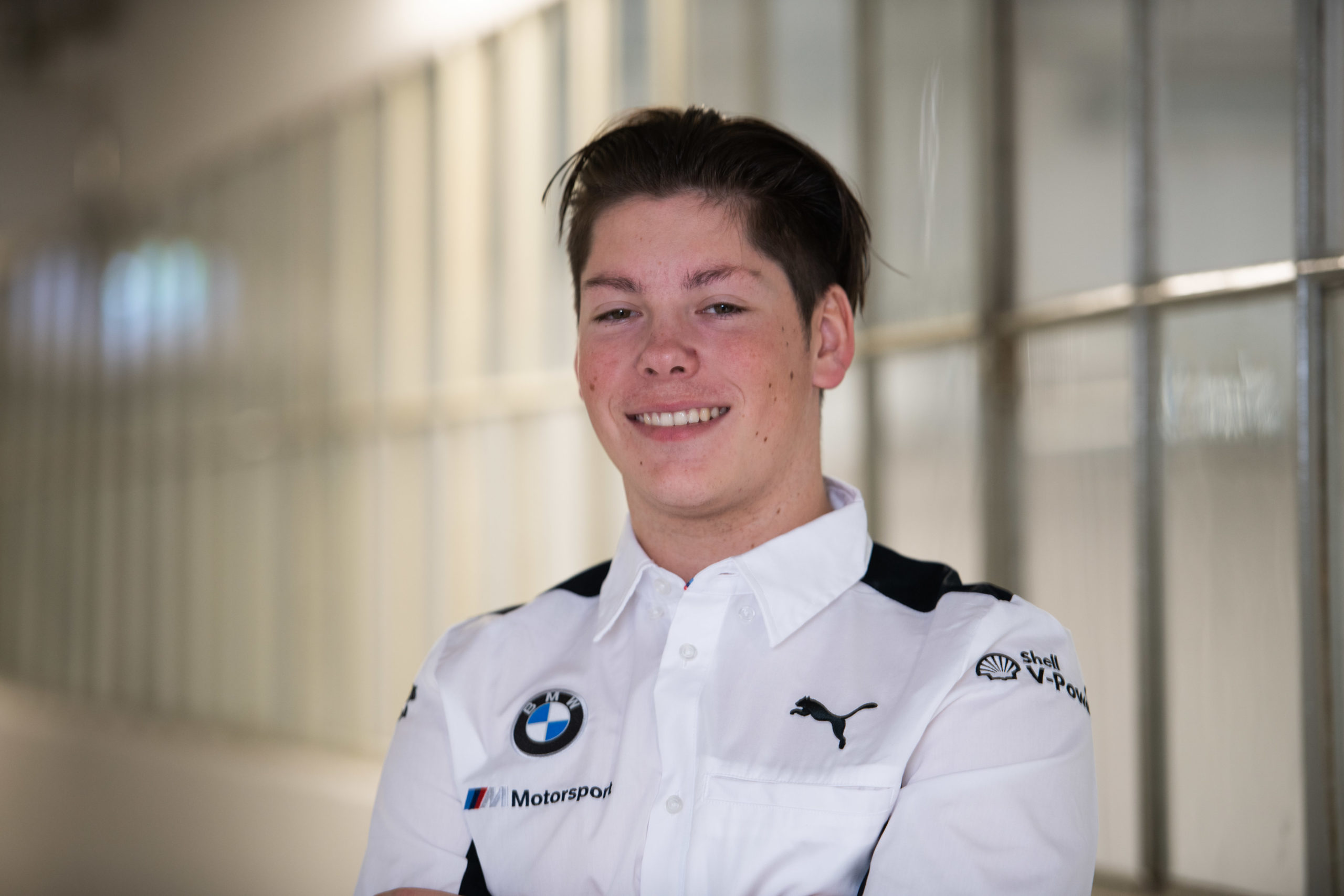 Neil Verhagen: “It will be the first time that I have driven GT and touring cars. It’s going to be a really exciting challenge for me. I’m sure that I will learn a great deal in the team with Dan and Max. I’m looking forward to the Nordschleife in particular, because I’ve only been in action there as a co-driver so far. The track has so much prestige and history – I would really love to be able to say that I have driven on it myself and maybe after my training even say that I do well on that track. I’m also really looking forward to the sim racing since I’m already active in that area.” 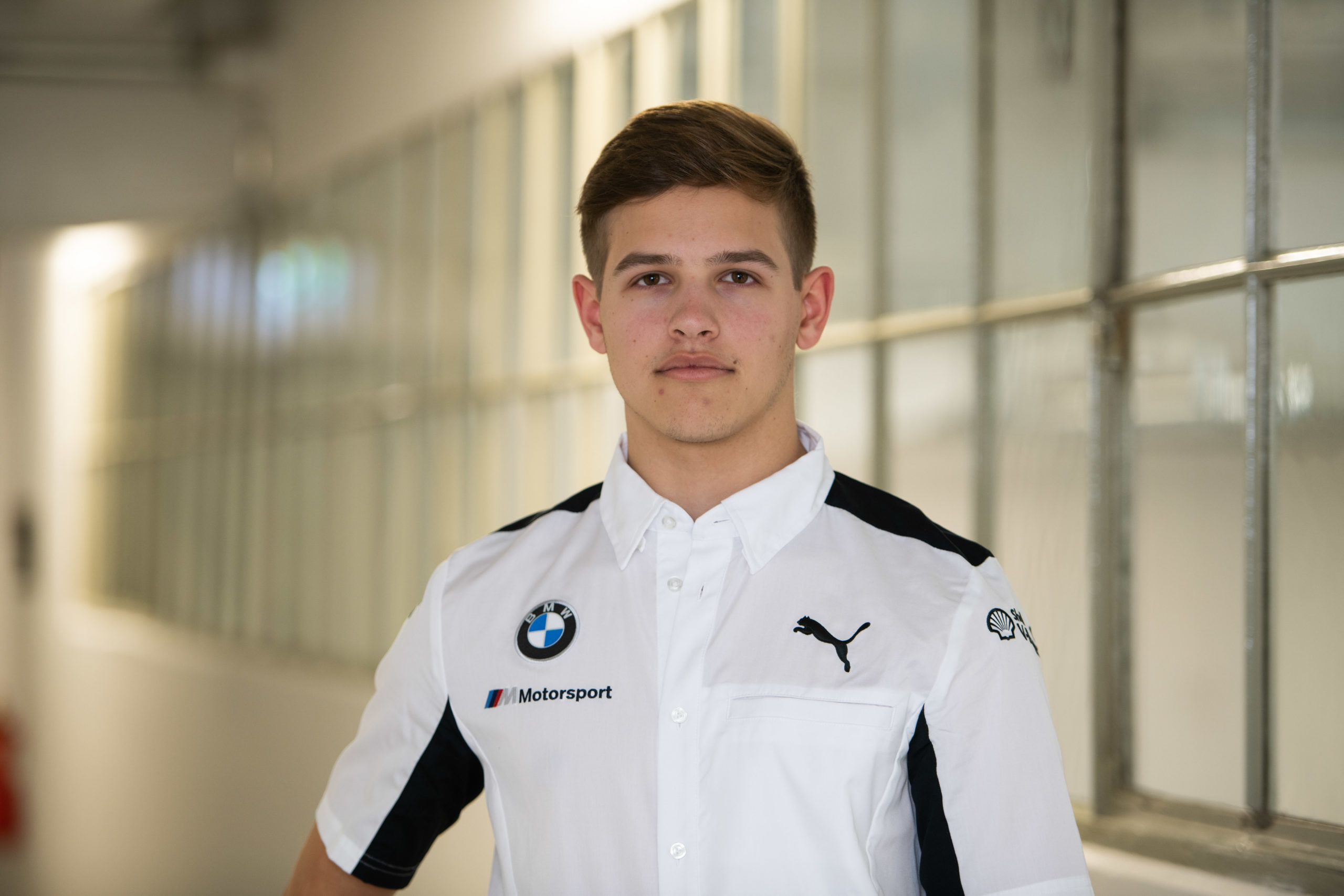