BMW Has Something From The Past, Present And Future For This Year’s Monterey Car Week 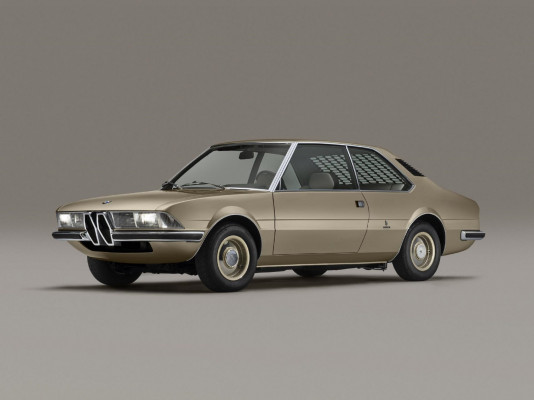 The Monterey Car Week is an event that encompasses just about every aspect of car culture. This year BMW has decided to make the most of this diversity with an array of offerings that covers their very latest M-powered sports cars, upcoming concept vehicles, historic and modern race cars and even a recreated prototype from the ’70s. While news of the M850i Gran Coupe and 600hp M8 Coupe and Convertible models reaching the States in the next few months is good news indeed, the fascinating BMW Garmisch Recreation may well draw even larger crowds.

Originally conceived by Marcello Gandini, the Garmisch was designed to showcase what the studio could do with a mid-size coupe using BMW’s design language of the time. This unique car was shown at the 1970 Geneva Auto Show and was subsequently lost while being shipped to BMW after the event.

Adrian van Hooydonk, Senior Vice President of BMW Group Design found a faded period picture of the car a few years ago and decided to recreate this lost concept. “Building the BMW Garmisch for a second time gave us the opportunity to pay tribute to Mr. Gandini, recall one of his lesser-known cars and highlight Bertone’s stylistic influence on the evolution of BMW design. For me, that alone was reason enough to do this project-filling in the gaps and completing BMW’s history,” said Hooydonk.

The BMW Garmisch was finally completed in early 2019 and made its debut at the  Concorso d’Eleganza Villa d’Este in May. It is being presented for the first time to the US at the Pebble Beach Concours d’Elegance Reviewing Stand in Monterey. Alongside it will be the BMW Vision M NEXT concept, a futuristic hybrid vehicle with a combined 600hp output and an all-electric range of 62 miles. This is also the first time that the Vision M NEXT has been shown to the North American market and it is a fascinating insight into the future direction that the brand will be taking. 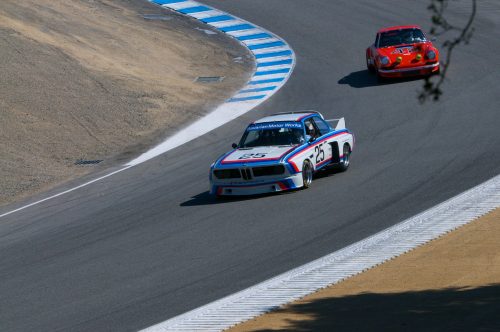 With 2019 marking 50 years of the International Motor Sports Association (IMSA), BMW is pulling out all the stops for the Rolex Monterey Motorsports Reunion with an impressive array of historic sports cars. Among them will be the 1975 IMSA Group 4 3.0 CSL, which 1975 Sebring 12 hour winner and 1976 Daytona 24 winner Brian Redman will be re-united with. The BMW V12 LMR that won the 1999 Sebring 12 hour and various M3 GT racers will also be on track, competing in the new for 2019 ‘Masters Endurance Legends’ class with 40-minute races on both Saturday and Sunday. The 2019 Monterey Car Week commenced on August 9 and continues until August 18.