The annual Silverstone Classic historic race meeting kicks off this Friday, and it is set to once again deliver a spectacle the scale of which is rarely seen anywhere else.

Silverstone Classic has been dubbed the ‘Glastonbury of motorsport’, and it is entirely possible that three full days is not enough to properly see it all.

With that in mind, we’ve put together a non-exhaustive list of six highlights that are not to be missed.

We may be a little biased, but even without the on-track action, Silverstone Classic consistently delivers one of the biggest car shows you’re ever likely to see.

Of course, you won’t see them all. But as you wander the infield areas, take a moment to appreciate the sheer ridiculousness of it all. Ten thousand cars!

You can find the BMW Car Club in Orange Zone 19. 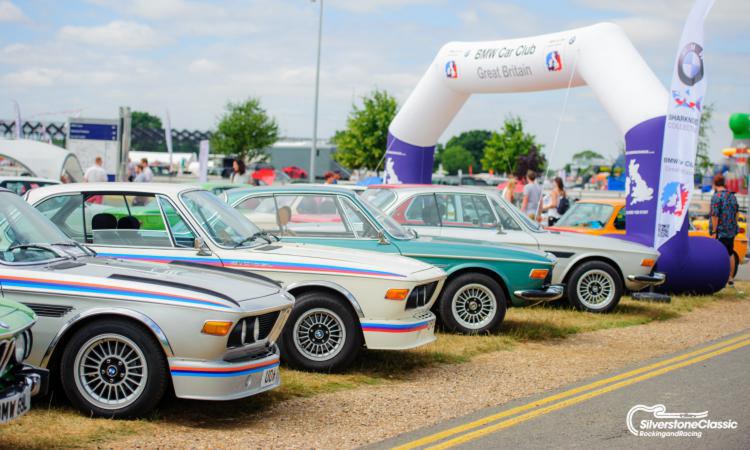 Silverstone Classic is nothing if not for its anniversaries, and there’ll be some seminal moments in history celebrated this year.

The big one is the 50th Anniversary of Sir Jackie Stewart’s first world championship win (at this venue in July 1969), which will be marked when Sir Jackie takes the wheel of the very same Matra-Ford for high-speed demonstration runs on the Saturday and Sunday afternoon.

Speaking of the drive, Sir Jackie said, “I am looking forward very much to getting back to Silverstone in the Matra, even if not at quite the same speeds as 50 years ago!”

The centenary of Bentley will be celebrated on-track with the Bentley Centenary Trophy for Pre-War Sports Cars, where 30 iconic racing Bentleys are expected in a field coloured with pre-war Alfa Romeos, Aston Martins, Bugattis, Fraser Nashes, Lagondas and MGs.

The Diamond Jubilee of the humble Mini will be celebrated with the world’s biggest grid of pre-66 racing Minis. This class first saw action at the 77th Goodwood Members’ Meeting earlier in the year and provided thrill-a-moment racing every time they went out. Expect the same at Silverstone – click here to see the action that unfolded at Goodwood.

The 30th Anniversary of the Mazda MX-5 and the MX-5 Owners Club will also be celebrated with a parade lap on Saturday evening. 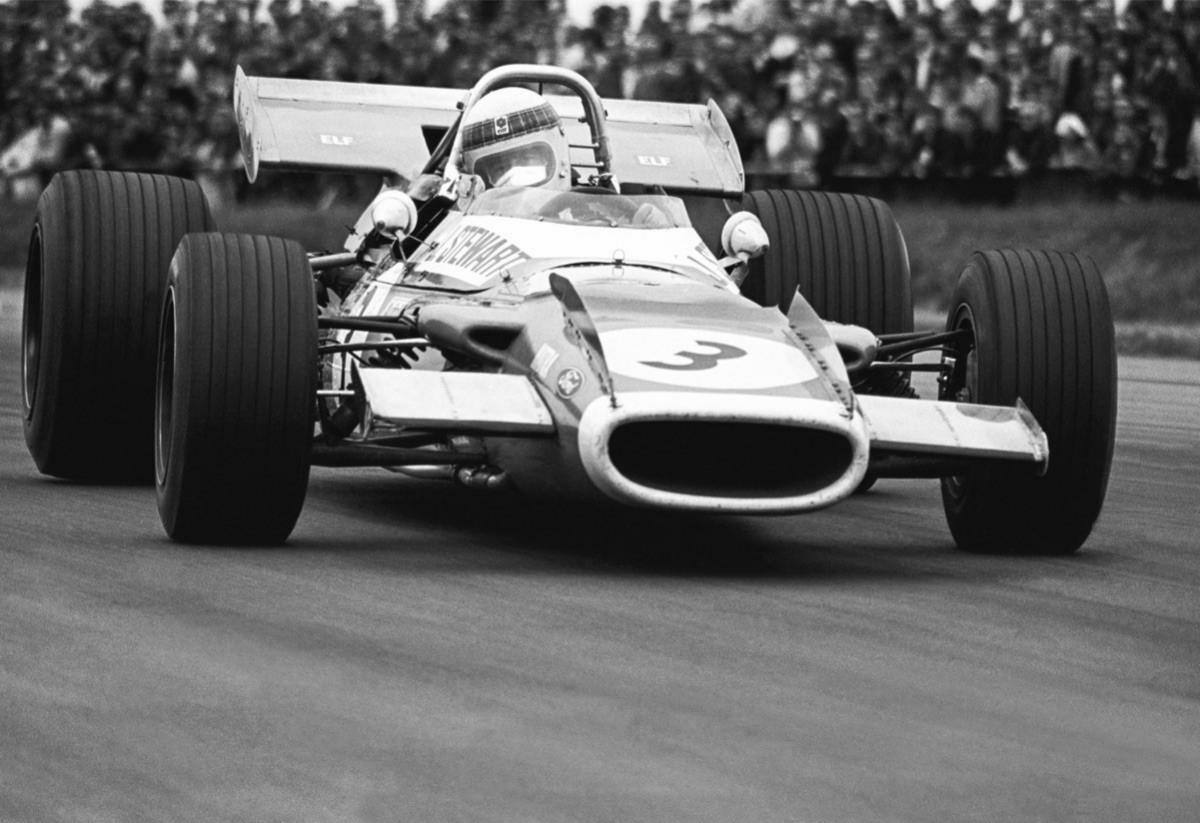 Is there anything more evocative than exotic sports cars racing wheel to wheel into the darkness, with a setting sun acting as a golden backdrop while brake rotors glow red and exhausts spit flames?

Saturday evening’s on-track action will be dedicated to celebrating the world’s most famous round-the-clock endure, the 24 Hours of Le Mans, with a trio of races for cars spanning the history of the iconic venue.

After the Bentley Centenary Trophy for Pre War Sports Cars mentioned above, FIA Masters Historic Sports Cars will represent the sixties and seventies, with the Masters Endurance Legends showcasing cars from the nineties and early 2000s.

It’s in this final category that we’ll see cars like the Ferrari F40 LM and LMP Prototypes racing into the darkness. 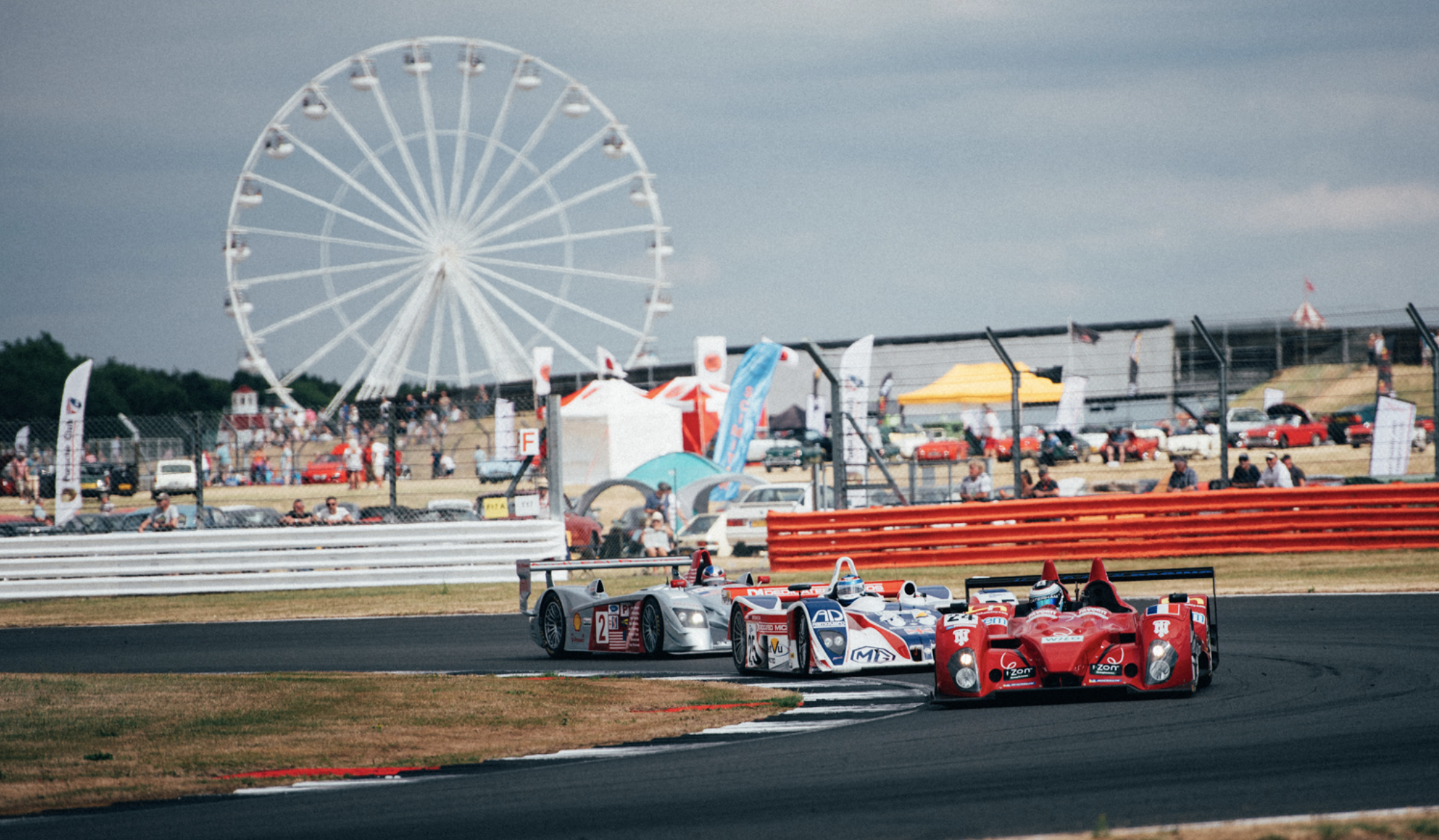 Silverstone Classic’s catchcry of ‘Rocking and Racing’ comes from its famous Friday and Saturday night concerts, and in 2019 the 50th Anniversary of the Woodstock Festival will be marked by Creedance Clearwater Revival, Joe Cocker, Jimi Hendrix, Santana and The Who tribute bands. 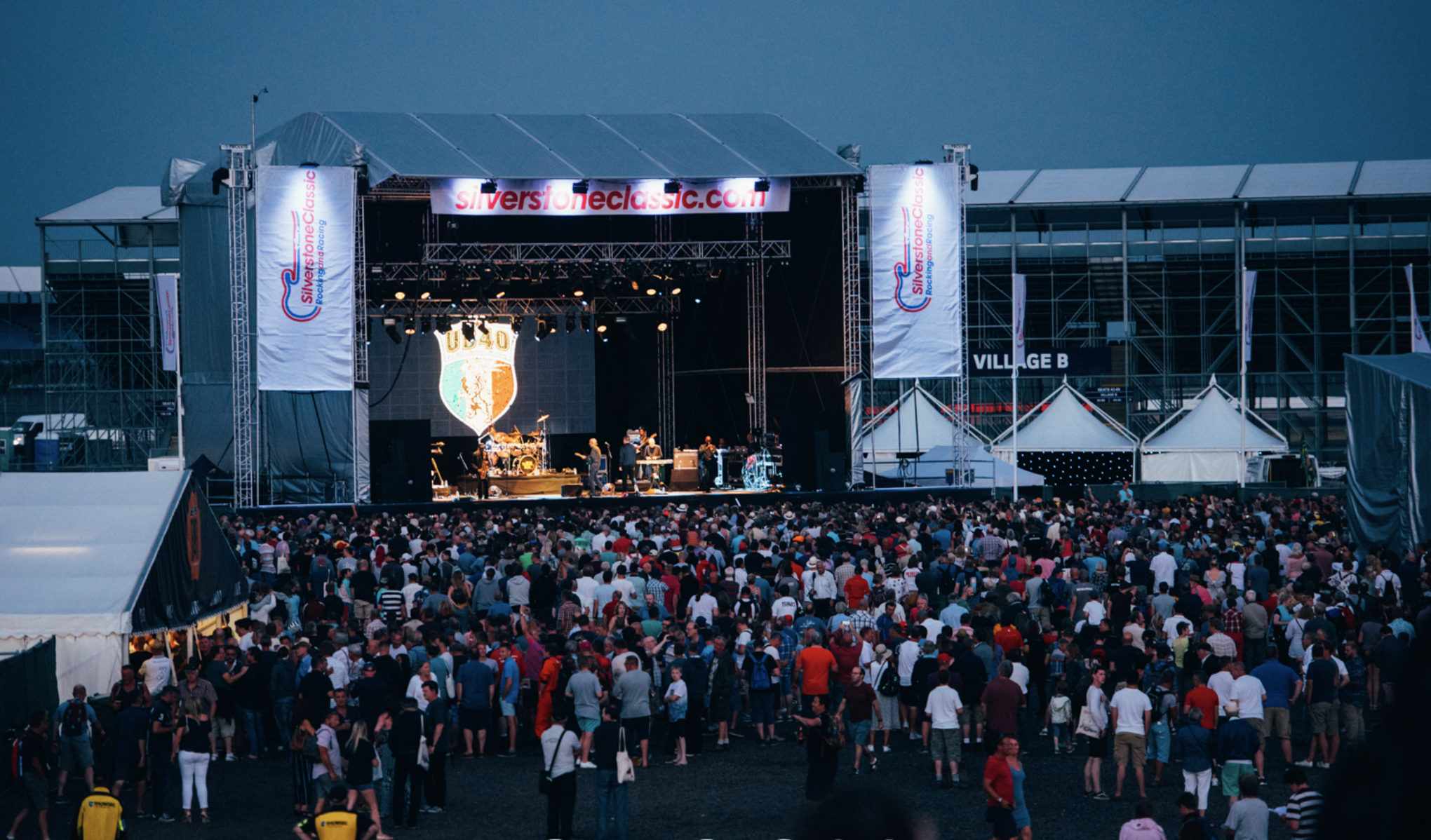 The Saturday and Sunday will see the famous Silverstone Auctions sale take place from 9am, with viewing scheduled for the Friday. Whether you’re in the market or not, there are few pleasures like strolling through a classic car auction – so many possibilities! 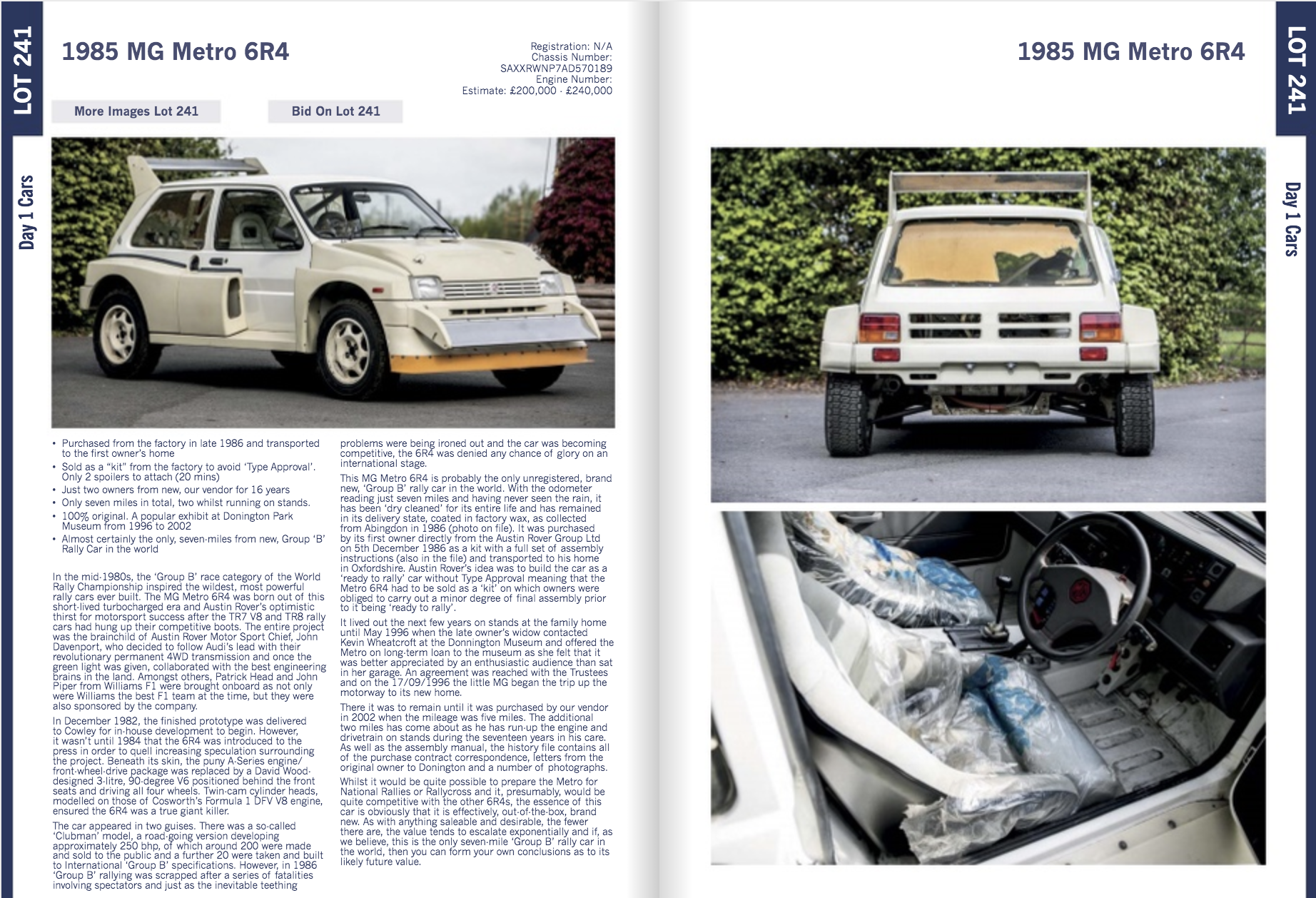 One historic Formula One car at speed sounds glorious, and a full field of 25 sounds a lot more than 25 times better. This is a simple one – cars from the pinnacle of the sport being driven as intended on a current Formula One circuit. It doesn’t get any better than this. 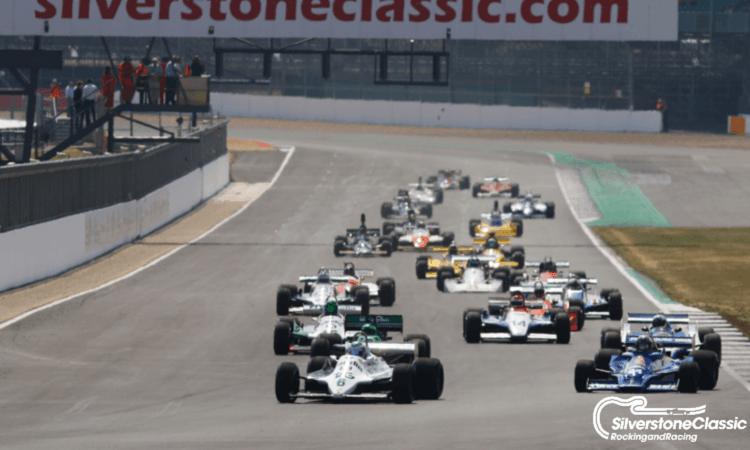 Of course, the true beauty of an event like this is that the sheer scale allows you the freedom to explore and discover your own highlights. Who knows, it might just be that mint condition Morris Marina parked out in the public carpark…