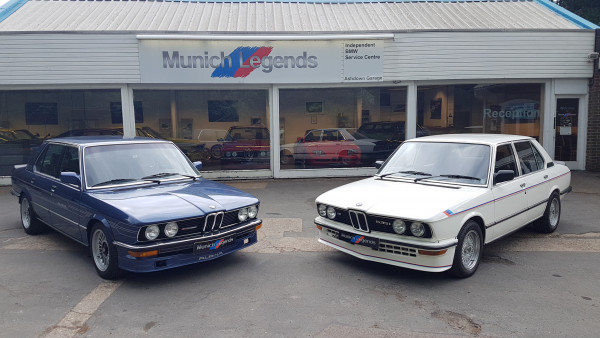 Picture this: It’s a fine morning. You step out of the house wearing your tan leather blouson jacket, finished off with a natty paisley dark blue and orange silk scarf. As you look back at your newly built orange brick house on Melbury Way, you feel a sense of pride, and a sense of 15,000 well spent, even if you’re not quite sure how you’ll afford the mortgage. You’re happy with your lot, even if your parents keep telling you that borrowing money is for the feckless. You arrive at work and begin your first meeting, immediately opening the drinks cabinet to offer your guest the usual stiffener. But as you’re about to engage with your visitor, you notice a commotion in the car park, and your heart misses a beat. You look from your window across a sea of brown and orange and grey Maxis, Morris Minors, Allegros and Vauxhall Vivas at the crowd of people gathered around a car that appears to be from outer space. Covered in spoilers and stripes on the outside, you’re in little doubt that this car is something really special. Inside, there are more stripes. Stripes and gauges – lots of gauges. And it doesn’t end there, because this car doesn’t wear all this livery for nothing. Under the bonnet is a whopping 3.5 litre engine, with a monster KKK turbocharger strapped to it. Producing a mind-boggling 330 bhp and 500Nm of torque, this car is the stuff of fantasy. You suddenly realise how you’d rather have spent your 15,000. And you’re no longer so happy with your lot.

As the 1970s gave way to the 80s, this car would make everything else on the road seem as old fashioned as your tan blouson would seem to the new generation, with their baseball caps, trainers and skinny jeans. That turbo charger would blow away the likes of Jaguar and Triumph as surely as Margaret Thatcher would blow away Michael Foot and his outdated, grey, miserable style of politics. The E12 Alpina B7s Turbo, and its (for the time being) lesser spotted M stable mate, the M535i, were a clear signpost for the new decade – one that would see Ford’s best efforts morph from the lacklustre V6 Cortina (around 110 bhp) to the fire spitting, four-wheel drive, plod-baiting RS Cosworth. But even by the end of the eighties, the best Ford could boast about was 220 bhp from the Cossie. It would be the late nineties before BMW M would match the torque from that B7s turbo, with the E39 M5.

And, of course, the B7s turbo wasn’t the only insane BMW saloon on offer. The newly formed M division were quick to exploit the ‘success’ of the saved-from-the-ashes M1 supercar, fresh from its two-season appearance as the warm-up for F1 – during the New Golden Era of the championship – by launching the E12 M535i. Using a mix of its race engine – the M88 from the M1 – and the tried and tested M30 straight six – which had well and truly earned its stripes both on and off the track – the M535i M90 power plant was a 200+ bhp engine, mated to a dogleg ‘box, bigger brakes, an LSD and some fancy Recaro seats. The steering wheel was straight from the M1, and the styling left you in no doubt that it was going to be faster than your Triumph Dolomite Sprint. A lot faster.

This morning in the office, we’ve been trying to think of what else out there matched the performance of these two E12 siblings in 1981. There’s simply nothing. Jaguar’s 5.3 litre V12 XJS – the only thing we could really come up with as a contender for the Alpina – trailed far behind, and only TWR’s magic touch could make a limited number of cars that would get Jaguar within shouting distance. The Ferrari Testarossa – launched half a decade later – had 10 Nm less torque than the Alpina, and while it had a power output of 55 more bhp, it weighed a whopping 300kg extra – more than enough to wipe out the gains. In truth, though, the Alpina was never really a production car, using any realistic definition. Making only 60 – all of them left hand drive – obviously restricted its sales, and for some, its desirability. But the M535i, whilst being the less powerful of the two, was absolutely no slouch. The XJS may have had a few more horses and more torque, but it weighed nearly half a ton more, and boy, could you feel it. BMW made 450 M535i in right hand drive, and, unlike the Alpina, it was still available to buy – and easy to service – in your local BMW dealership.

This week, driving both the E12s back to back, I was struck by the unabashed purity of these wonderful machines. Where the B7s turbo has all the obvious excitement of an old school turbo, with heaps of lag followed by a sonic boom of boost (and a boost gauge flicking up and down sexily out of the corner of one’s eye), the M has a smooth, easy power delivery that allows you to concentrate on that lovely chassis, with every slip and bump from the rear axle finding its way straight up your spine to your brain. The low centre line of the E12 gives the car a go-kart vibe, and somehow makes it feel less like you’re sitting in a saloon car – something later M cars like the V10 M5 struggle to get over. The glass starts below your line of vision, and the very fact of being able to actually see all four corners of the car somehow helps you connect with the machine more intuitively.

I am an unashamed fan of the M535i, and every drive I have in this fabulously exciting machine convinces me more. But I got out of the Alpina with quite the biggest smile on my face. The B7s turbo is fast, exciting, scary, cool and just brilliant fun, and it makes you realise just how outrageous it must have been in the early 80s, surrounded by that sea of beige mediocrity. I doubt I’ll ever own a B7s turbo – although I’d absolutely love one – but an M535i is absolutely on my MUST OWN list. If that’s a compromise, then I’m happy with it.

Where Alpina continued to strap turbos to unsuspecting BMW production cars, with varyingly mad results, BMW’s M division were getting all sophisticated. Developing the chassis, suspension – and building normally aspirated engines that would begin to rewrite the rules – BMW M would get stronger and stronger as Alpina struggled to deliver on that original promise. But for a beautiful moment back in their day, these two fabulous machines opened up what might just turn out to be the most exciting decade in modern motoring history – the 1980s.