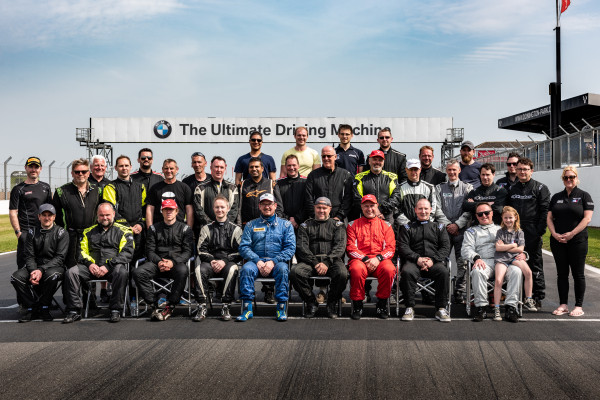 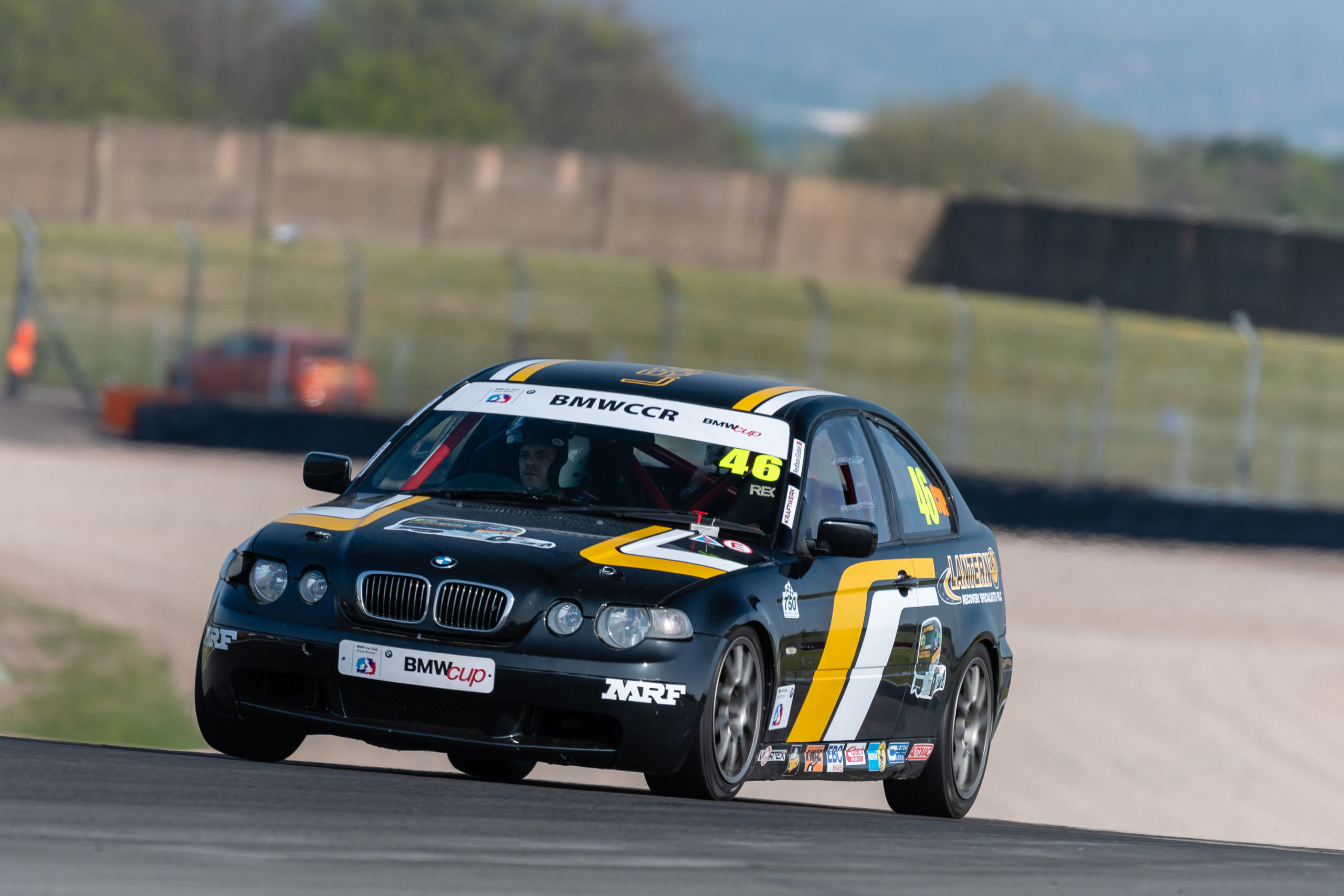 After an incredible 2018, the BMW Car Club Racing continues to build on its success with more drivers and supporters alike enjoying the racing. As the numbers grew following a record number of registrations at Autosport, the concern from the Club and organisers was whether we would have enough space on the grids.

With the assistance of the 750mc we have been able to secure big circuits that also allow larger grids given the demand for space. The first round would be yet another first for the Club racing at Donington GP circuit so we were guaranteed lots to look forward to, including new lap records and lots of smiling faces.

At last year’s first race we feared wet weather, but this year the worry was whether it was going to be too hot. There are always things for Club events we can’t control but the gods did seem to be with us, which bodes well for the year ahead.

It was fantastic to see such a large number of cars lining up for qualifying at 9am – with some familiar faces from 2018 and some new drivers including 330 Challenge and M3cup drivers who had now integrated well into the BMWCCR paddock. Following the spectacle of qualifying, the drivers prepared for the first race at 11.30am; this also gave everyone time to mingle and chat at the Club trailer with the Central West members who had attended to form a Club display.

The races would be streamed live on TV, another of the firsts that we should be proud of, and as the drivers lined up on the grid the commentators did say how well the Club had done in short period to make this happen and raise the profile of the BMW Club’s racing programme. 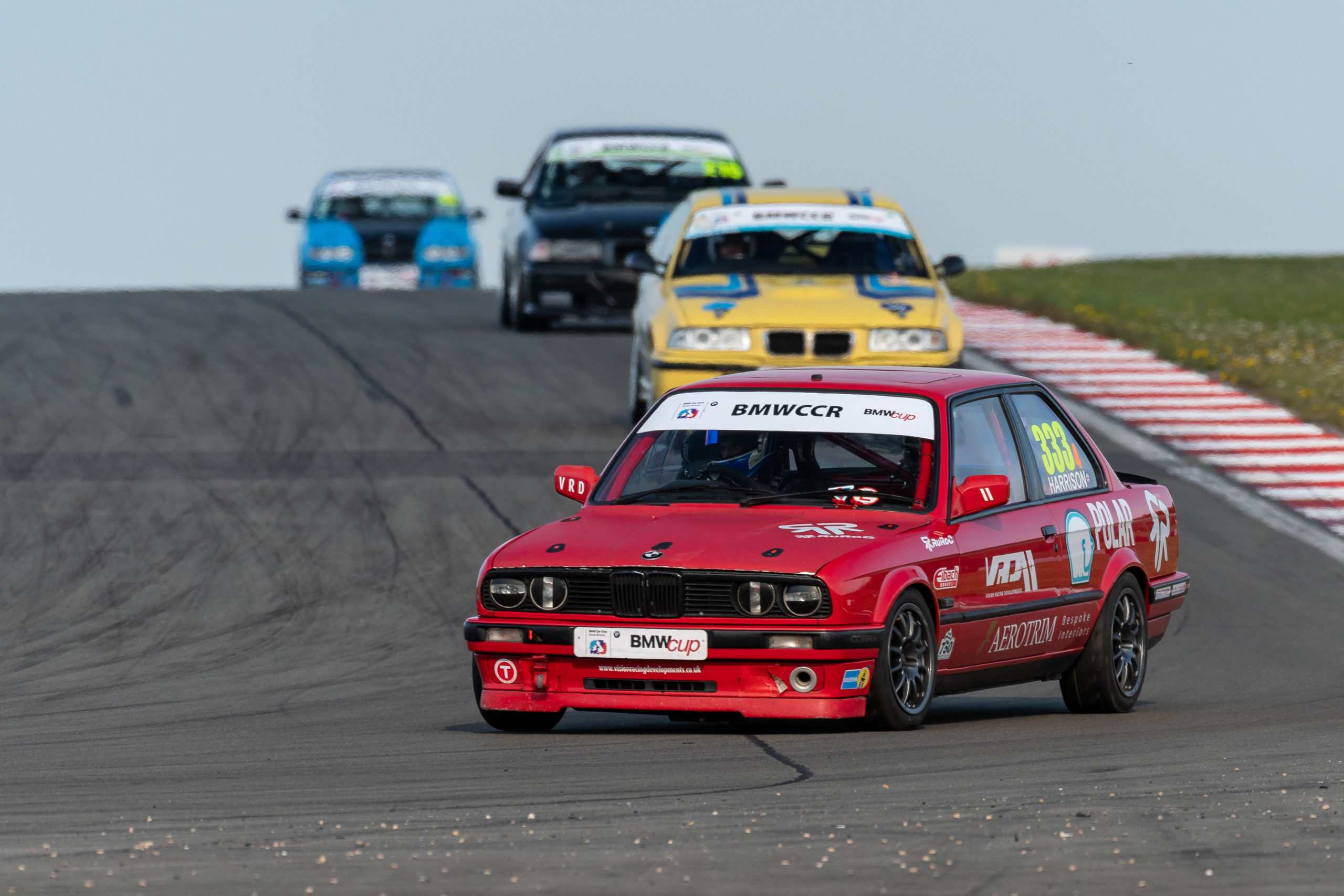 It was one of the new drivers to the Championship, Chris Bialan, on pole position for Race 1, followed by the M1 cars of Mike Cutt, Dave Heasman, Rob Davidson and Rick Kerry. The first M2 driver was Paul Cook, followed by Graham Crowhurst, Wayne Lewis and Adrian Williams. The Class 6 race looked like being a good one with a bunch of drivers taking up the next four rows of the grid. Then we had a gaggle of BMWcup cars mingled with the Class 4 cars.The race started with Cutt getting a better start as Bialan struggled to get off the line, handing Cutt an advantage he was not going to relinquish, with the drivers behind battling. Mike Cutt took the win, followed by Bialan and Rick Kerry after Heasman suffered brake issues. In M1 Gary Hufford, Kaz Singh and Rahim Baloo all had great races. The M2 honours went to Paul Cook who was fifth overall, chased home by Crowhust and Lewis. In Class 6, Darren Ball took the lead off the grid and with his experience managed to hold off the challenge of Kevin Denwood and Gareth Montgomery. In the Cup Class Clive Watson took an exciting final lap win over Peter Skinner and Dave Morris with only seconds between them. In Class 4 Richard Harrison pipped Chris Neal in their respective E30 and E36 318is cars.

Plenty of smiles in the paddock when the awards were made, with the drivers all sharing their stories and learning from each other. We were pleased to be able to mark this historic race with a photo shoot with most of the 2019 drivers on the grid. We also used this opportunity to make the award of a new Club trophy ‘The Whizzo Award’ in memory of the Club’s patron Barrie Whizzo Williams – the inaugural winner was Lisa Heasman who was voted the Team Player of 2018 for her efforts helping make the race meetings enjoyable and successful. 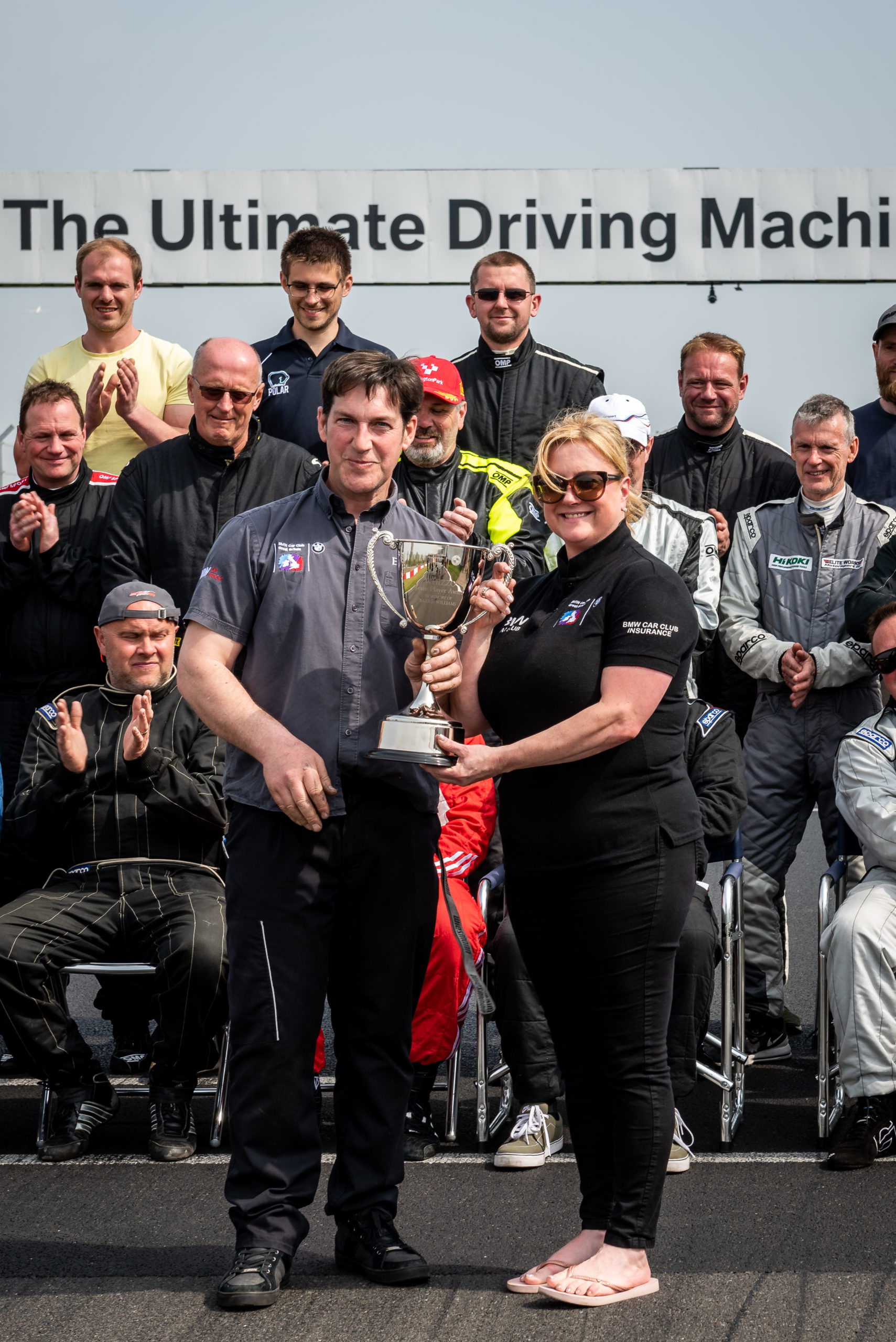 When the cars formed up for Race 2 the drivers knew what to do and the hot weather was going to play a part. It was great to see some new drivers on the podiums which would bode well for the championship and a great season. In M1 Mike Cutt was the man to beat despite Heasman matching his lap record from the earlier race. The cameras focused on the battles behind, with Crowhurst holding off Jason Holyhead to take second overall and the M2 win; Holyhead in a new car took his first M1 podium, followed by Hugh Gurney who had replaced his engine overnight to ensure he did not miss out on this meeting, so his team deserves congratulations. In M2 Adrian Williams took second ahead of Mark Culmer. The Class 6 and Cup cars remained reliable; Darren Ball secured a double win, followed by Stuart Pywell, Gareth Montgomery, then Bill Reddrop, Rob Alman and Michael Dark in his first meeting, then Shaun Jackson and Craig Emmerson.

In the BMWcup, Matt Page improved on his first race taking the win, followed by Watson, Skinner (2 podiums in his first meeting in 14 years was fantastic to witness) pipping David Morris, Karl Mcmillam and Adrain Ferdinands. In Class 4 it was Harrison who pushed the Cup cars along, but it was noticeable how Chris Neal was closing the gap and had a great race.

After the awards for Race 2 we were already receiving thanks and positive comments regards the driving standards from the other drivers and also on Social Media following the footage on YouTube etc – which is still available if you wanted to view it. https://www.youtube.com/watch?v=xJBdLBlK5ro&t=79s

The next race will be Castle Combe on 27th May, and will be supported by the Cotswolds Region and E30 Register. There will be many new faces and new challenges to the Club’s organisers, but what great fun it has been so far and with the help and support of the Club this will continue.

If you want to attend to assist or spectate, please contact Michelle in the Club office.

Thanks to everyone who has helped so far, in particular the 750mc, Phil Brough, Matt Smith, Paul Travers and Lisa Heasman; also Central West, Dave Evans and Dean Greenfield. 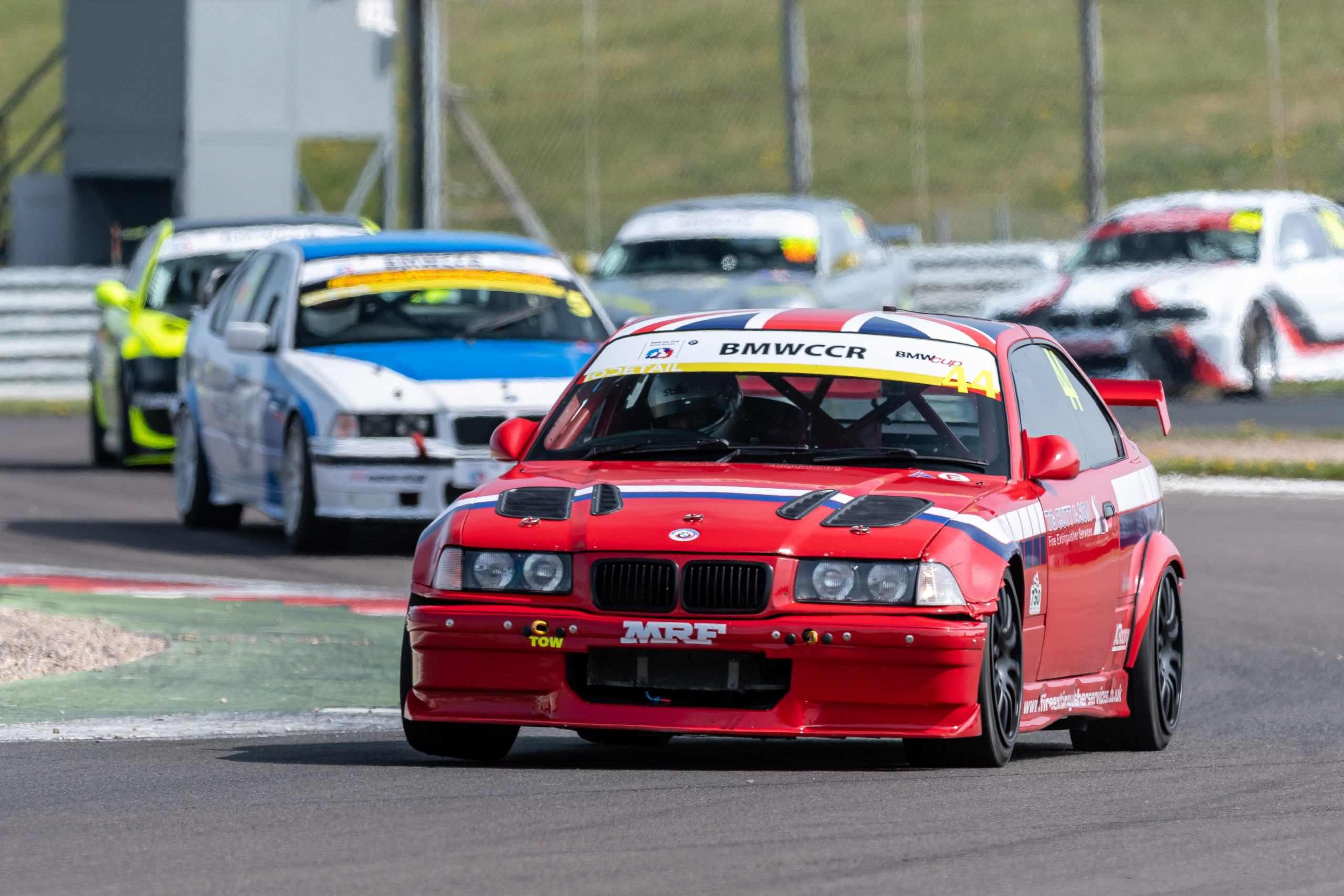