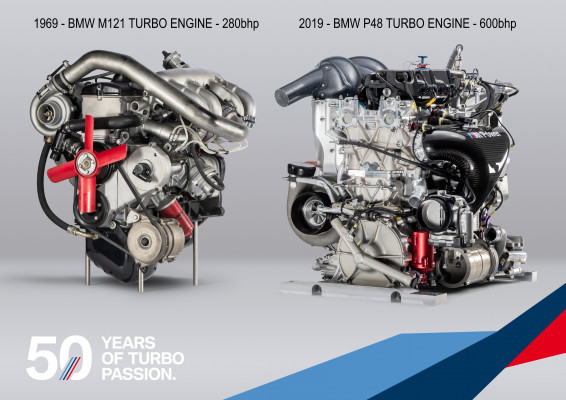 Back in 1969, BMW slotted its very first turbocharged engine – the M121 – into a 2002 TI for Dieter Quester, who competed with the TI in the European Touring Car Championship. At the end of the ’69 season, Quester secured the ETCC title for BMW and history was made…

The BMW 2002 Turbo road car that debuted in 1973 utilised a detuned version of the same M121 engine that carried Quester to victory; in its time, it was a masterpiece at the cusp of technological innovation. Unfortunately the Oil Crisis ultimately led to the turbo’s demise – but that’s a story for another time… 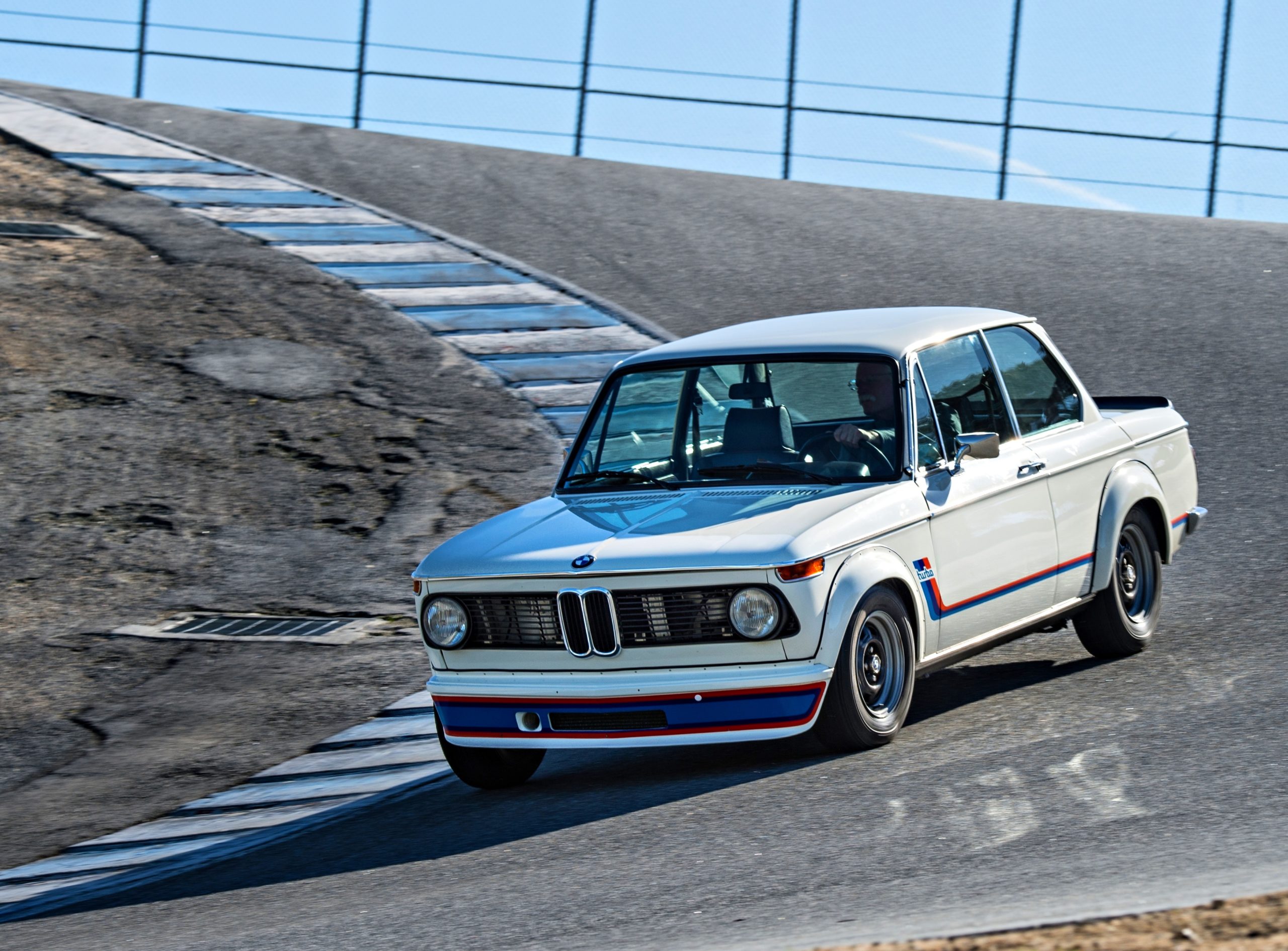 The BMW 2002 turbo model, launched at the Frankfurt Motor Show in 1973, was at the time at the forefront of road car turbo technology, unfortunately the Oil Crisis brought about the models early demise…

Now, fifty years later, BMW unveiled its brand new P48 Motorsport engine to the world, its destination – BMWs M4 DTM cars, and while they may share the same bloodline, the technology found in the company’s most recent racing powerplant shows just how much engine development has progressed.

Both the M121 and P48 are built on the same principle: a turbocharged, fuel injected, 2.0-liter four-cylinder engine designed for the race track. And while the engines may seem like they are cut from the same cloth, it’s akin to comparing a mountain to a molehill-it’s all about perspective.

Back in 1969, the M121 was the epitome of a modern engine. The all-aluminium head and block were sand-casted and built to handle all 14.2 PSI of boost pressure thrown at it. The result was a platform which could produce 280bhp at 6,500rpm, a staggering number at the time for such a small engine. BMW says that the turbo fitted to the motor was capable of delivering more than 25.5 PSI of sustained forced-air into the motor; however, it was dialled down to ensure that the pressure didn’t lift the cylinder head off!

Enter BMW’s new P48 engine, a motor five decades in the making. While maintaining the same number of cylinders and displacement, the engineering put into it makes for a marvel of sophisticated German engineering. Components like the distributor, fan, wet sump and boost valve have disappeared from the P48 engine. The 600+bhp unit revs to an ear-shredding 9,500rpm and can support more than 36lbs of boost from its turbocharger with ease. Its fuel system is still mechanically operated, albeit now direct-injected, and its oiling re-engineered into a proper dry-sump setup. 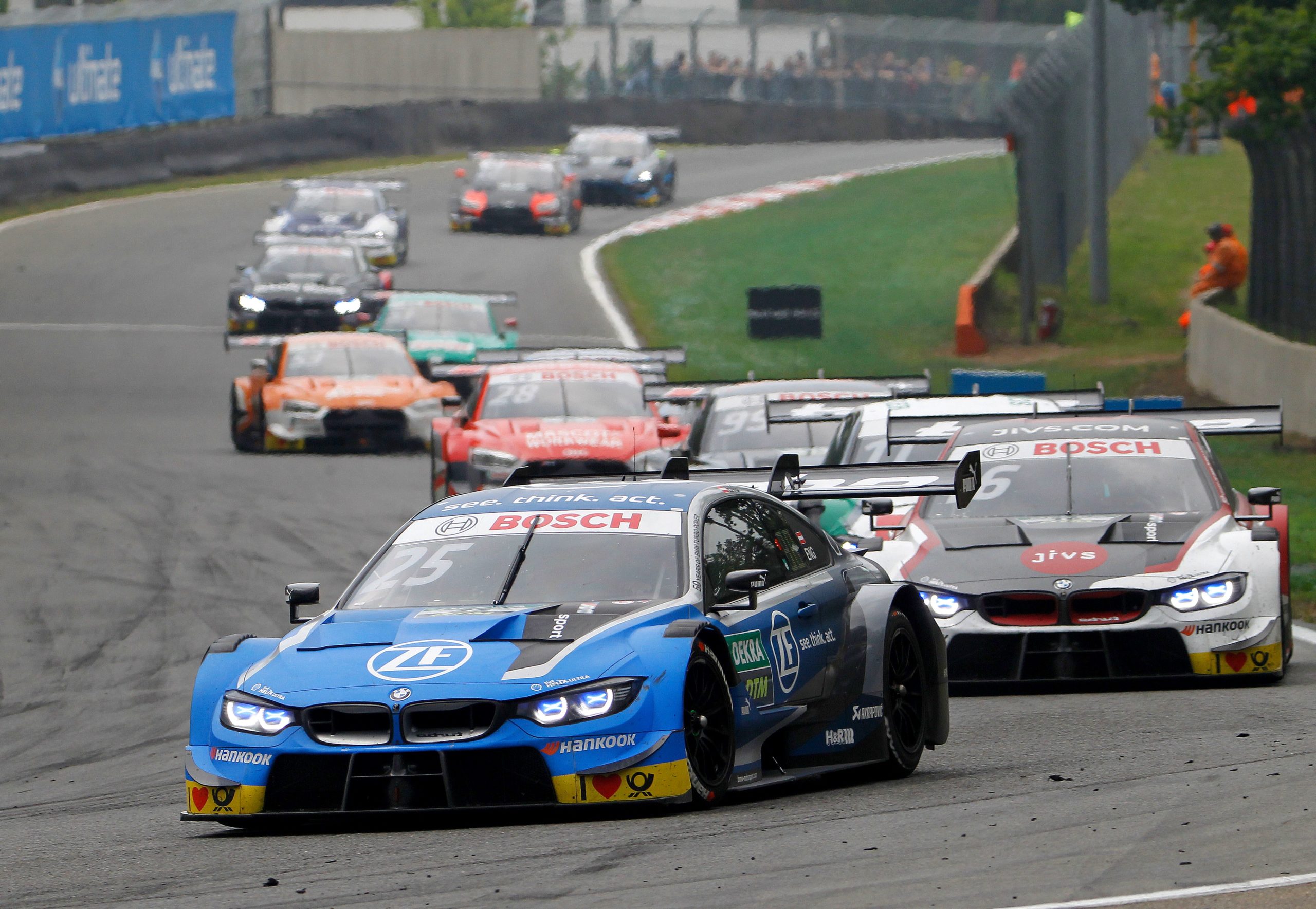 BMW also says that longevity was an important factor when building the P48. The automaker expects the engine to last just over 3,700 miles between rebuilds, meaning that about 1.5 engines will be consumed during the course of a DTM race season.

Sometimes, it’s important to look back at our roots and compare where we came from. BMW is doing just that as it shows the world the P48 without downplaying the influence that the M121 had on modern BMW cars as a whole. Now we sit back and wait to see what the next 50 years hold.