What does the McLaren P1 designer drive at the weekend?

You’d think the person who dreamt up the design for the McLaren P1 would be some sort of mad scientist – or a child running wild with their imagination – but quite the contrary. As we found out during a day with Paul Howse, he’s an ordinary man with an extraordinary passion for classic BMWs…

Six months after Paul Howse graduated from the Royal College of Art he received an out-of-the-blue phone call from Frank Stephenson and he subsequently joined McLaren’s fledgling design team. Much to his disbelief, his initial theme for the P1 was chosen and was thrust into the deep end. Together with now chief designer Rob Melville, and under Stephenson’s careful direction, the car was refined and slowly came to life.

“The initial sketches I did were quite crude, but as the project matured, it retained its essence,” he explained, “I knew it needed to be the most beautiful, technologically advanced supercar of all time, and that’s why we wanted to have that beautiful top skin with areas cut away so you could really see what the aero was doing.” The brief really went further than ‘just’ designing the marque’s flagship supercar, however – this was an opportunity to create a design language for a British supercar company. “I still don’t really believe that actually happened.”

Modern machinery might be Howse’s bread and butter, but it’s classic cars and historic motorsport that really get him going – the famous Speed Merchants film is what put the Alfa Romeo Tipo 33 onto his dream automotive shopping list (along with the Countach and the Pininfarina-bodied Maserati A6GCS), and he actually commuted for an entire 18 months in his BMW 2002 Touring. “I thought if people used it every day in the 1970s, why couldn’t I?” he recalled, “It started every single time, and I even put winter tyres on it – I’ll happily forego the luxuries of modern cars for the charm and character of an old car because they make you feel special.”

He very much applies his self-confessed geekery to his work, too: the P1’s insanely complicated door ducts were inspired by the Porsche 956/962 Group C cars, and the Alfa Romeo Tipo 33 Stradale’s bulbous front lights influenced those on the 720S (for which Howse was also the lead exterior designer). 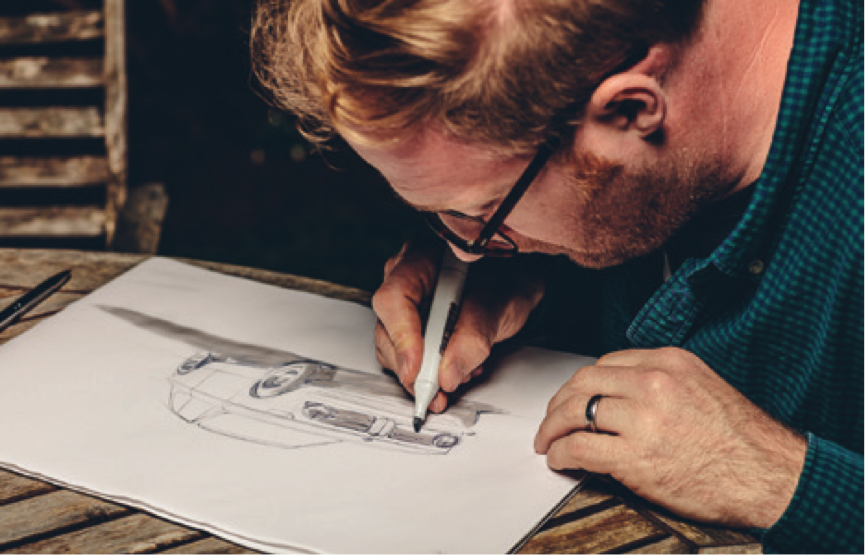 While Howse always liked BMWs, it wasn’t until he became an owner by chance that the obsession began. After a series of cars came and went, including an Alfa Romeo GTV6, Peugeot 106 Rallye and a Porsche 944, he and his wife sought a fun car for the weekends and the Z1 fitted the bill perfectly. “It’s a design classic – a concept car for the road.” There followed a 2002 Touring and a M535i that we also played around with in Howse’s quaint Surrey village, and it’s fair to say the love affair is showing no sign of abating. “The engines are mega; they drive well and they look great. I was also becoming a professional designer at the time I got into BMW and began to really appreciate what it has done – it’s always had the best-proportioned cars and purity of line, even the base models.”

Howse didn’t really have a choice when it came to cars. When he was born, his father was building the engines for Timo Salonen’s Datsun World Rally machines, and some of his earliest memories are of watching Le Mans races – then on the BBC – and trying to spot his father in the pit lane, where he was working as a mechanic for the Spice Engineering Group C team. If the virus hadn’t gripped him by then, in his formative adolescent years his father was part of the small team screwing together the (BMW-powered) McLaren F1 – a car that, amongst numerous others, was pinned in pride of place on Howse’s bedroom wall. “I guess that’s why McLaren has always been so special to me,” he says.

Both Howse’s parents were keen sketchers, and inevitably, he started drawing the cars that made the biggest impression on him – Alfa Romeos, Lancias, Lamborghinis, and the like. “I couldn’t decide whether I wanted to pursue automotive engineering or design,” he explained, “until my shockingly bad maths results made the decision for me!” And so, it was to be. Needless to say, his father has been rather helpful in keeping his ever-changing fleet on the road, which brings us to the question on everybody’s lips: which BMW is Howse’s favourite?

“My favourite to drive is the 2002, because it’s got a great driving position, bags of torque, and is so involving to drive,” he comments. “But it’s cost me an arm and a leg, much to wife’s dismay. So, as a thing, I’d have to say the Z1.” As we cruise back towards Howse’s house in the three cars, the warm spring sunshine on our backs, we certainly can’t disagree that the Z1 – doors down, naturally – is the one of the three in which we’d most like to be sitting.

It’s refreshing to find a modern supercar designer with such a fierce passion for the cars of yesteryear and who also the ability and desire not to regurgitate but rather innovate. “University always taught and encouraged me to innovate and create something new,” concludes Howse, “I appreciate modern design, especially as it’s getting harder and harder to do something different. I do, however, think there’s too much styling for styling’s sake. Look at my M535i – the proportions and the simplicity are absolutely spot on.” We couldn’t have said it any better ourselves. 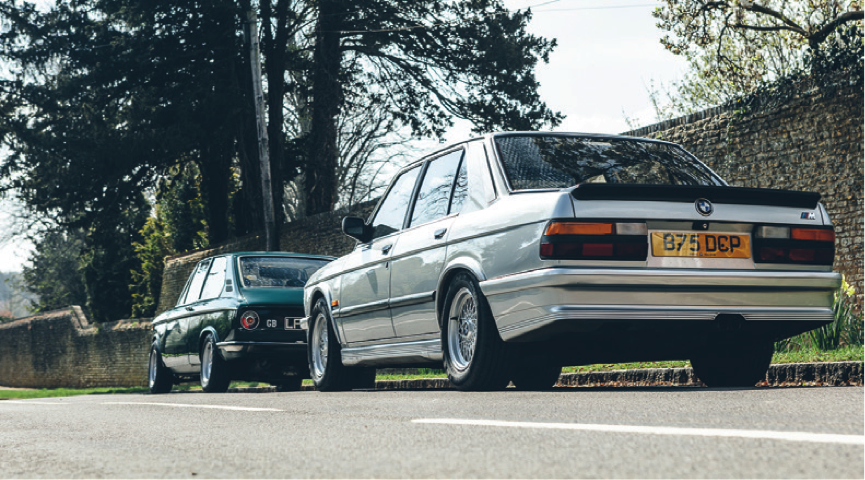