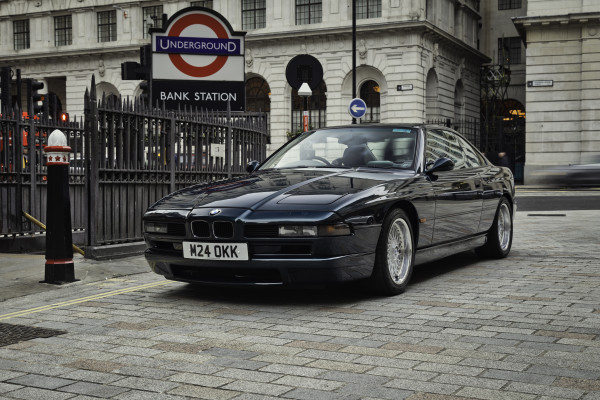 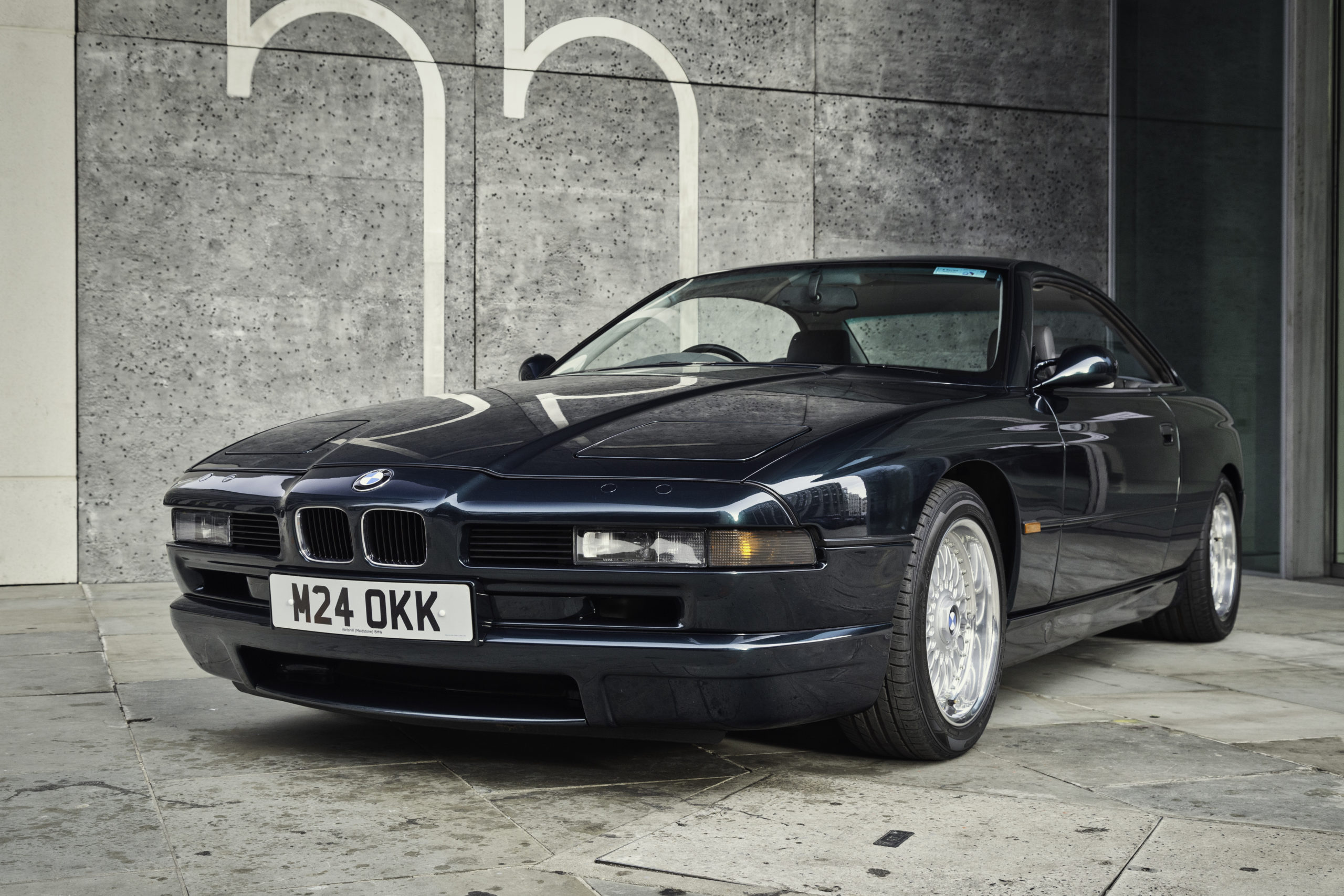 Then 19th October 1987 happened. Black Monday. Wall Street. New York. Global stock markets crashed. With stocks devalued those boom times came to a grinding halt. At the turn of the decade, recession started to grip much of the western world on into the early 1990s. The UK’s late entry in the Exchange Rate Mechanism to stabilise sterling backfired. Interest rates rose to 15% in a failed attempt to protect its value. The UK government was forced to withdraw from the ERM after 16th September 1992, the value of sterling dropping below its agreed lower limit: a day that became known as Black Wednesday. The failure of participating successfully in the ERM had cost the UK taxpayer a mere 3.4 billion.

But hey, it wasn’t all bad news. Many great and celebrated things occurred during this period in our history: West and East Germany re-united as the Berlin wall came down; Vanilla Ice topped the charts with ‘Ice ice baby’; Rave music, white gloves and the smell of Vicks filled the countryside nightlife; English and French tunnels met underneath the Channel; the world went online and embraced Windows; and BMW stuck to their plan and amazingly released a car for the wealthy and the Fat Cat Bankers in the middle of a recession. I can only assume that last bit was not part of their master plan. 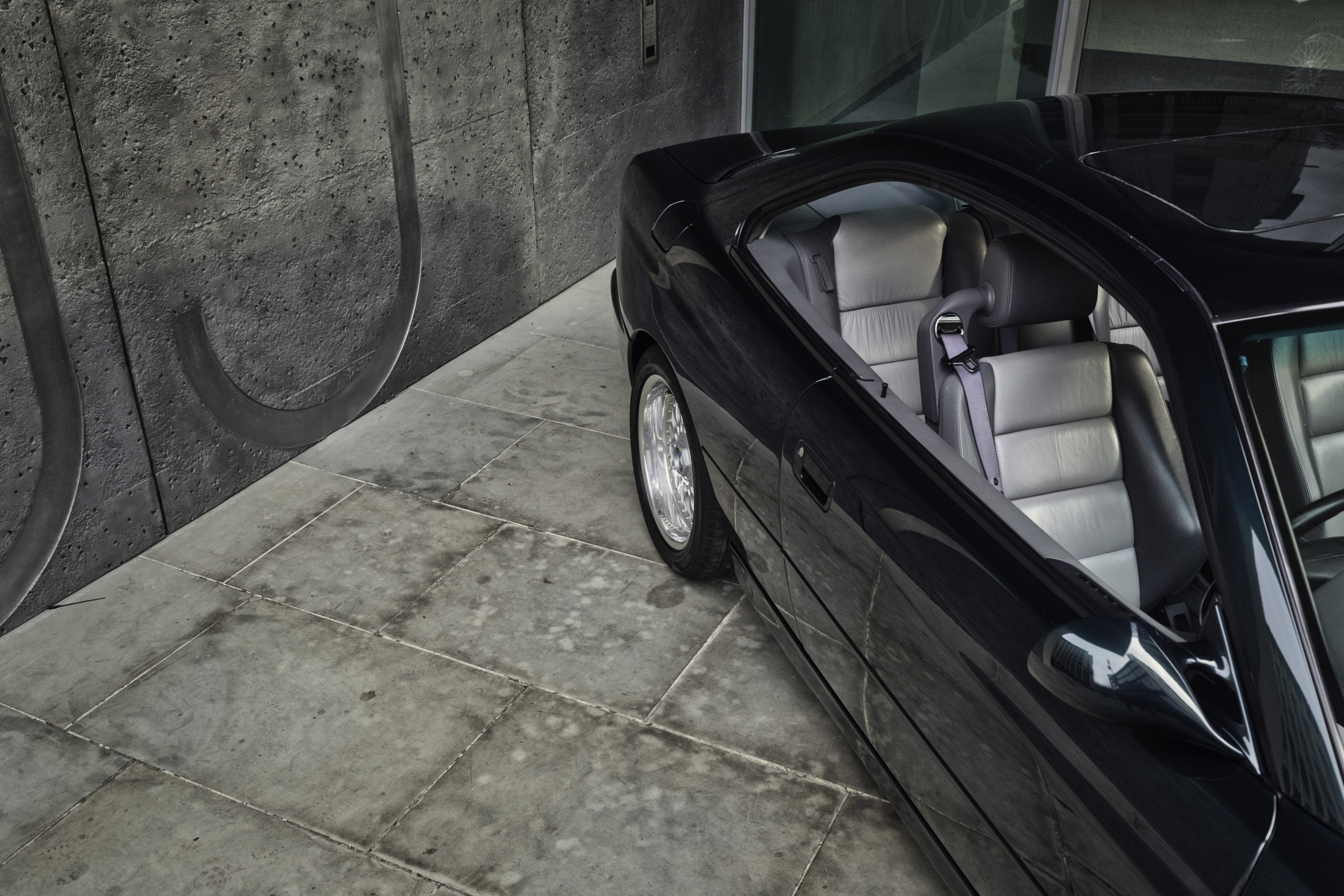 The concept of an entirely brand-new automobile, and what was to become the E31 and 8 series, was conceived as far back as 1981. BMW decided an all new upper-class offering was required for those folks enjoying and benefiting from the booming economy. Although the concept had started in the early 1980s, only by 1984 had sign off been given for the newly introduced CAD (Computer Aided Design) design to begin. By 1986, design concluded, development prototypes were produced by hand. The Nordschleife was pounded relentlessly and environmental extreme testing embraced, before the car, model 850i – a 5.0 litre V12 and technical tour de force – was officially shown to the public at the German Motor Show in September 1989. The response was overwhelming, with 5,000 orders claimed to have been made during the show itself. 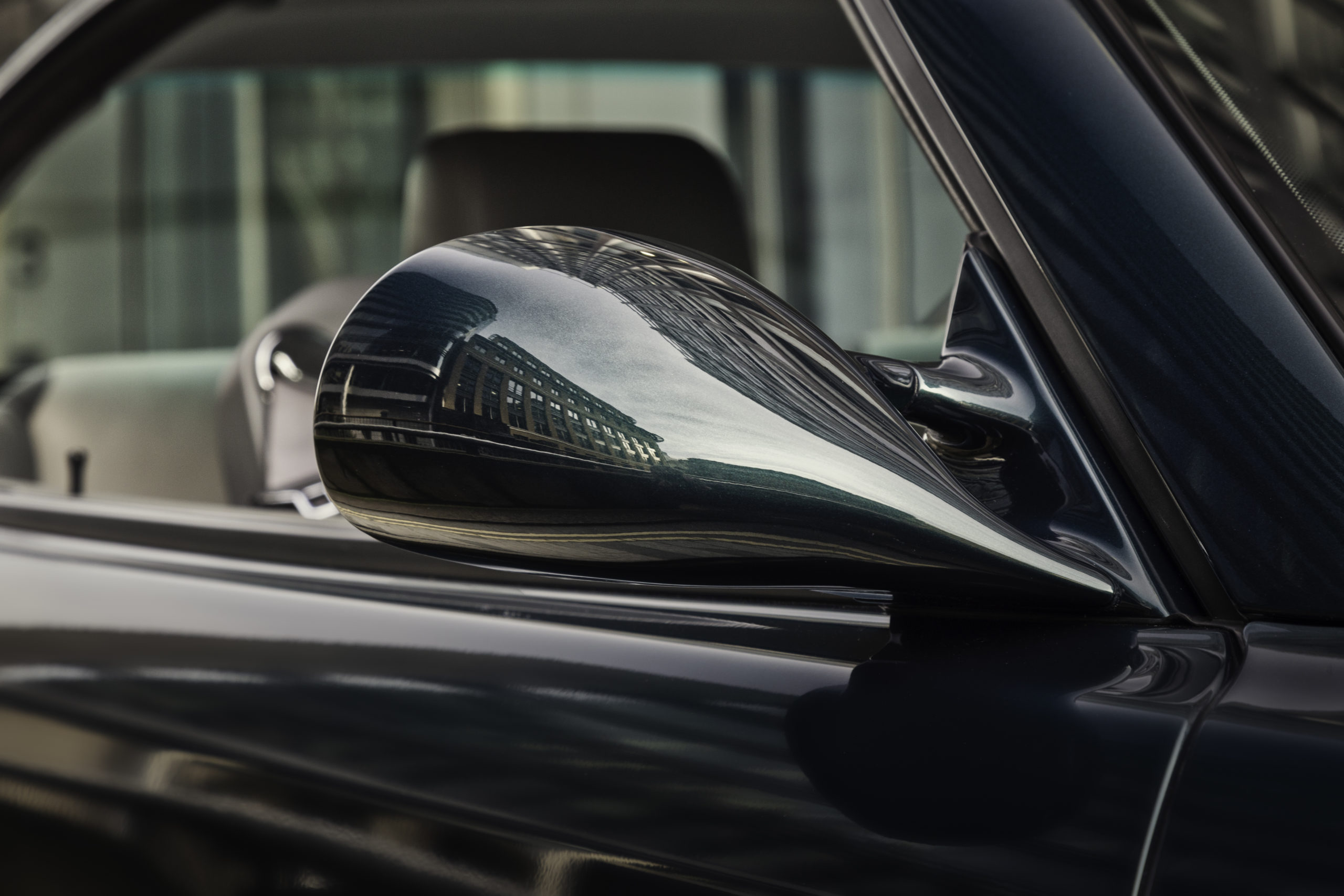 Following the launch of the 850i, the next 8 series model to be produced, and the car featured here, was the range topping 850CSi. The CSi differed considerably from its 850i sibling. Produced from August 1992 until November 1996, the CSi came to the market on the back of the Ferrari baiting M8 concept developed in 1991 with BMW Technik. Developing 550bhp, this concept sadly was only a one off. So unfairly, you might describe the CSi as a poor relation to the M8, but to do so would be to ignore its unique BMW Motorsport heritage. And I for one might be a little defensive if you did. Especially with the one you see here. You see, this one, affectionately known as ‘The Beast’, is mine.

Driving into central London on a bright January Sunday morning for the photo shoot with Dean, provides rare quality time behind the wheel for this time of year. It also gives me a moment to reflect on the technical tour de force the 850CSi presented to both the motoring press and the driving public back in the early 90s. 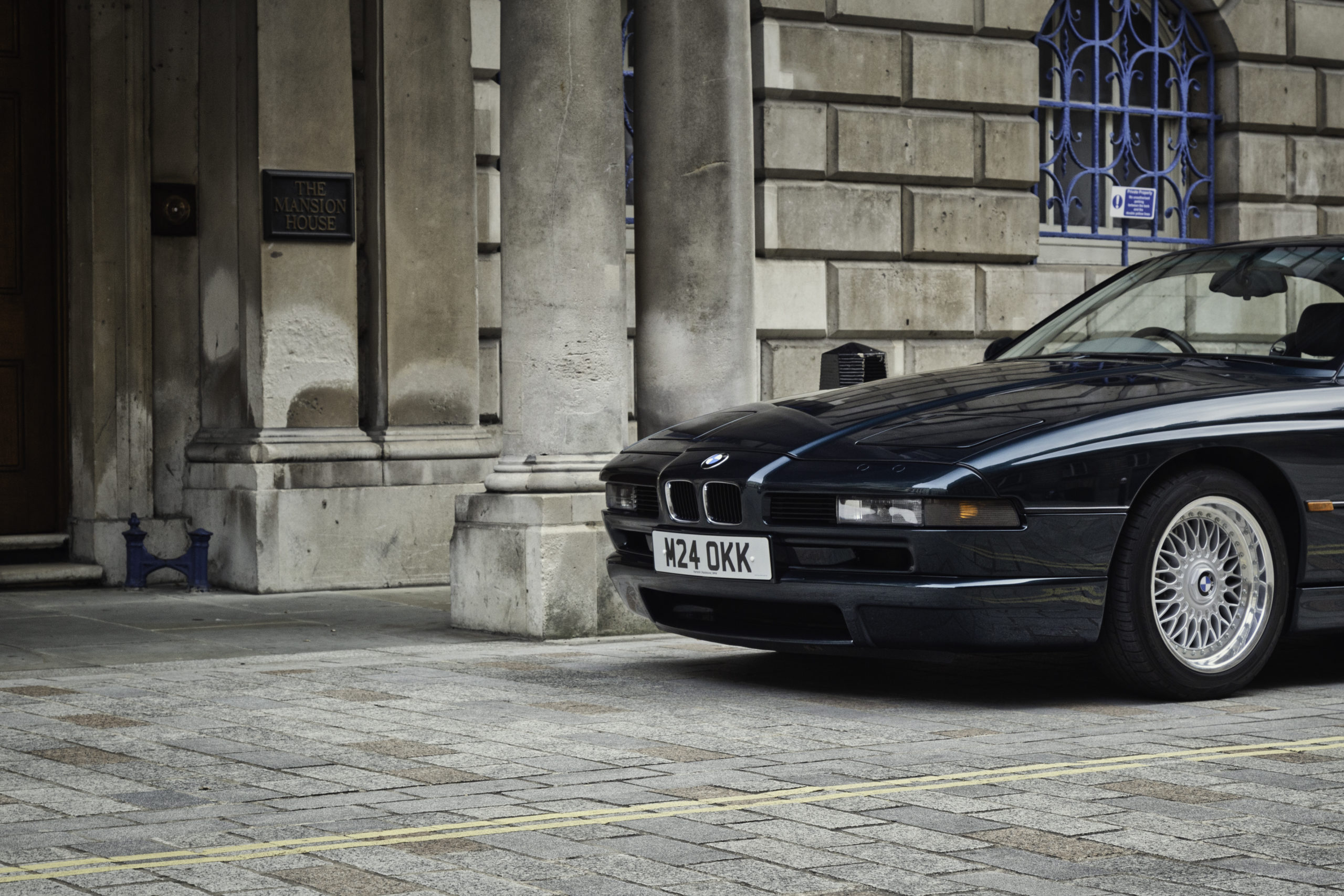 The dominant feature of the CSi is its Motorsport derived S70 5.6 litre V12 engine. Producing 380bhp and 550Nm (404lbft) of torque, it usurped many of its contemporary peers such as the Aston Martin DB7 and Porsche 928GTS, but with almost two tonnes to shift it was only able to equal some of the competition’s acceleration times, reaching 60mph in 5.9 seconds. But once it had overcome its heft off the line, things were different. 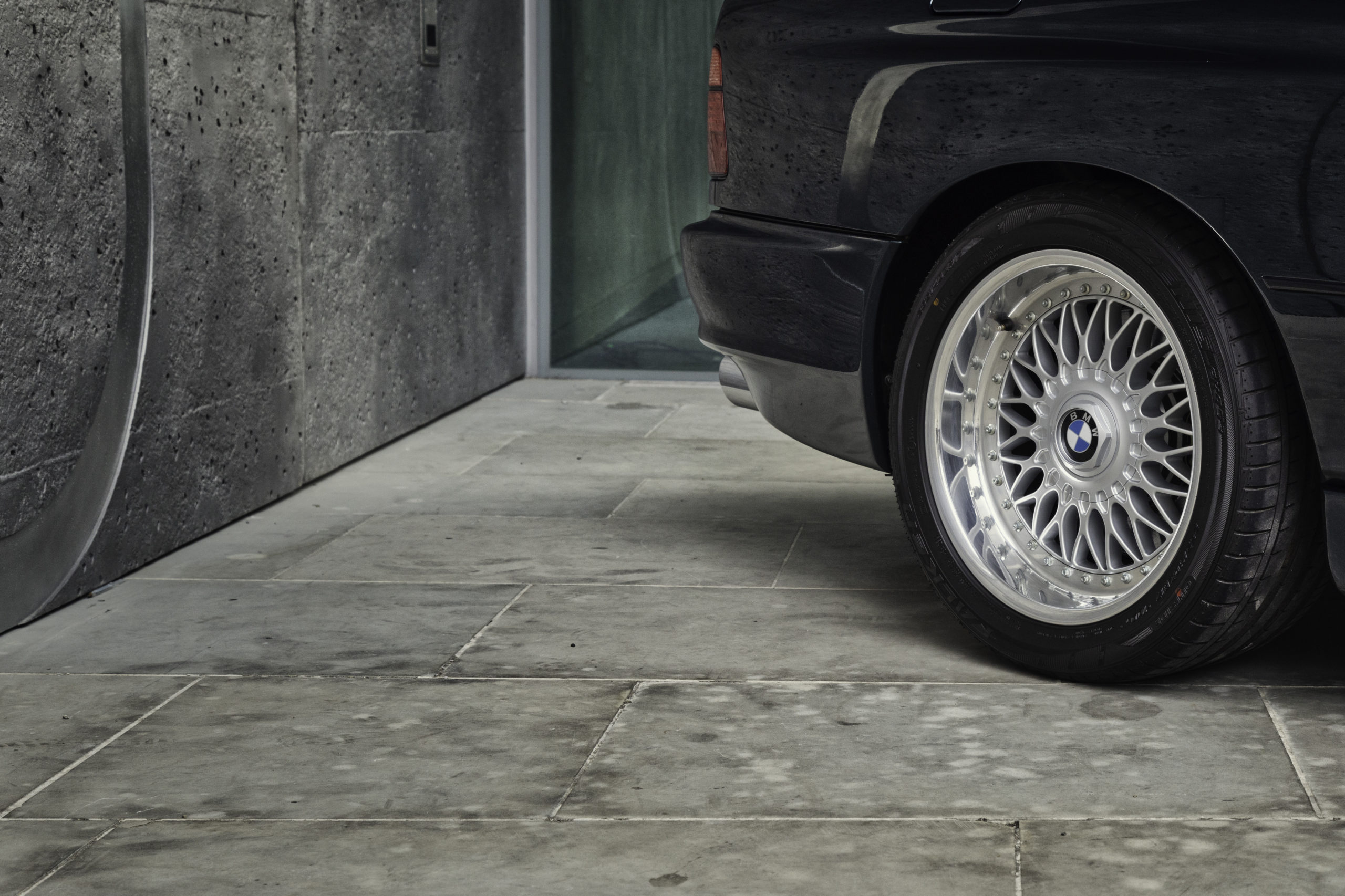 Beyond the engine, the car boasted many other upgrades over the 850. Fitted as standard to the CSi was a Getrag 6 speed manual gearbox, a quicker steering rack at 2.8 turns lock to lock, suspension stiffened and lowered by 15mm, a limited slip differential, full aerodynamic body kit and wing mirrors, a stability control program and AHK or Active Rear Axle Kinematics (to give it the acronym its BMW translation). Whilst available as an option, albeit a heinously expensive one at over 6,000, the standard fitment of AHK on the CSi perhaps makes its most impressive technical accomplishment. The AHK activated above 40km/h and turned the rear wheels at an angle, estimated at 1.5degC to 2.5degC, calculated from the steering wheel input, and in the same direction as the front wheels. Back in the day the system was heralded to give better lane changing stability than even the ubiquitous rear engined Porsche 911 Turbo. 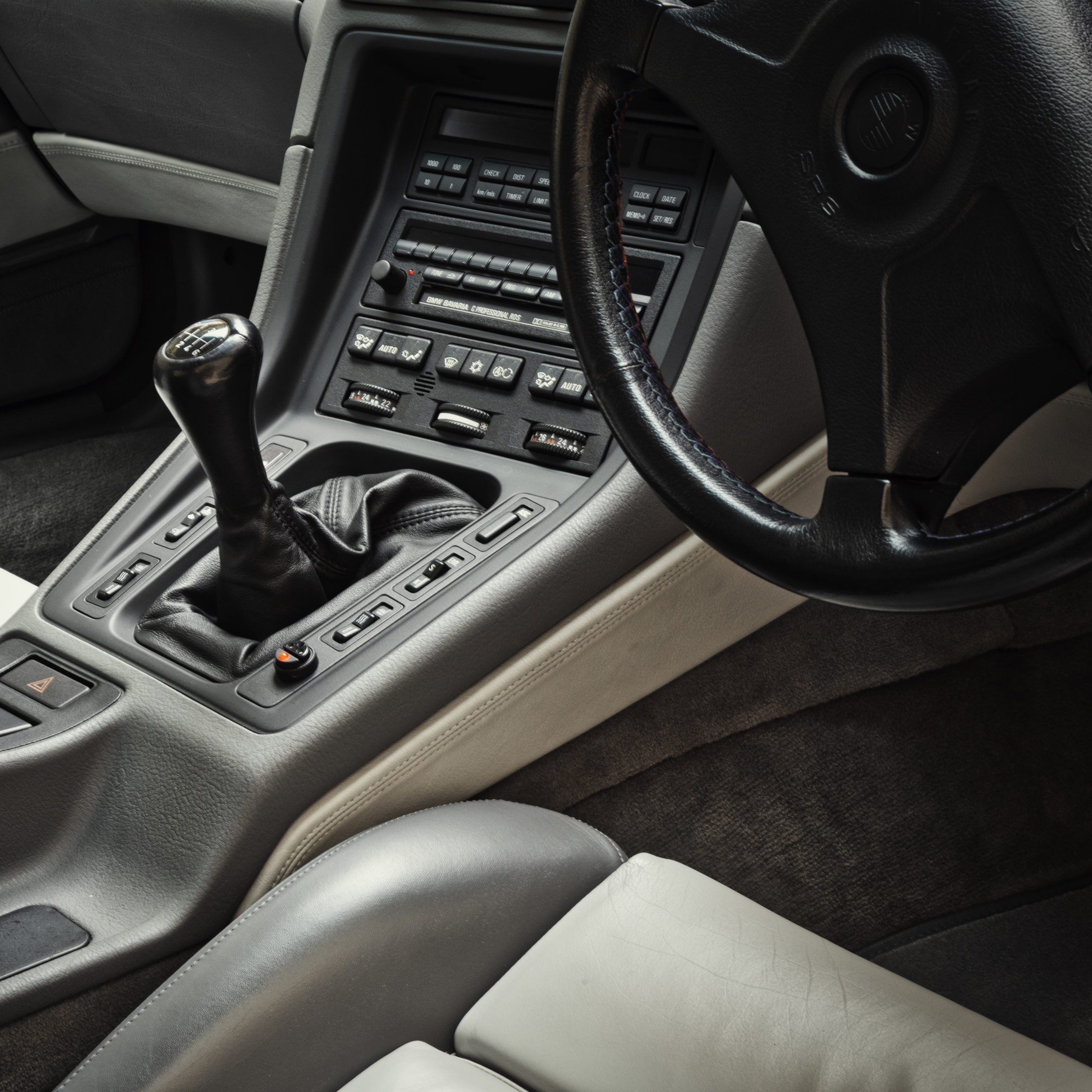 Combine this with switching the EML button from ‘Komfort’ to ‘Sport’ mode, and it’s like someone has stabbed the hibernating Grizzly under the bonnet with a hot poker. The S70 engine becomes fully alive and eager to give you its sledgehammer performance as soon as you press the throttle. Back in 1994, in a Performance Car group test, Walton described the CSi as “astonishingly composed, blindingly quick and surprisingly chuckable”. High praise indeed and a sign of the Motorsport tuning the car had received, and the fact that three-quarters of the engine is behind the centre line of the front wheels. It wasn’t all perfect though, and like most right-hand drive 8 series, the brakes were criticised for lack of initial bite and feel. And there was one other problem: at almost 80k, it wasn’t cheap. 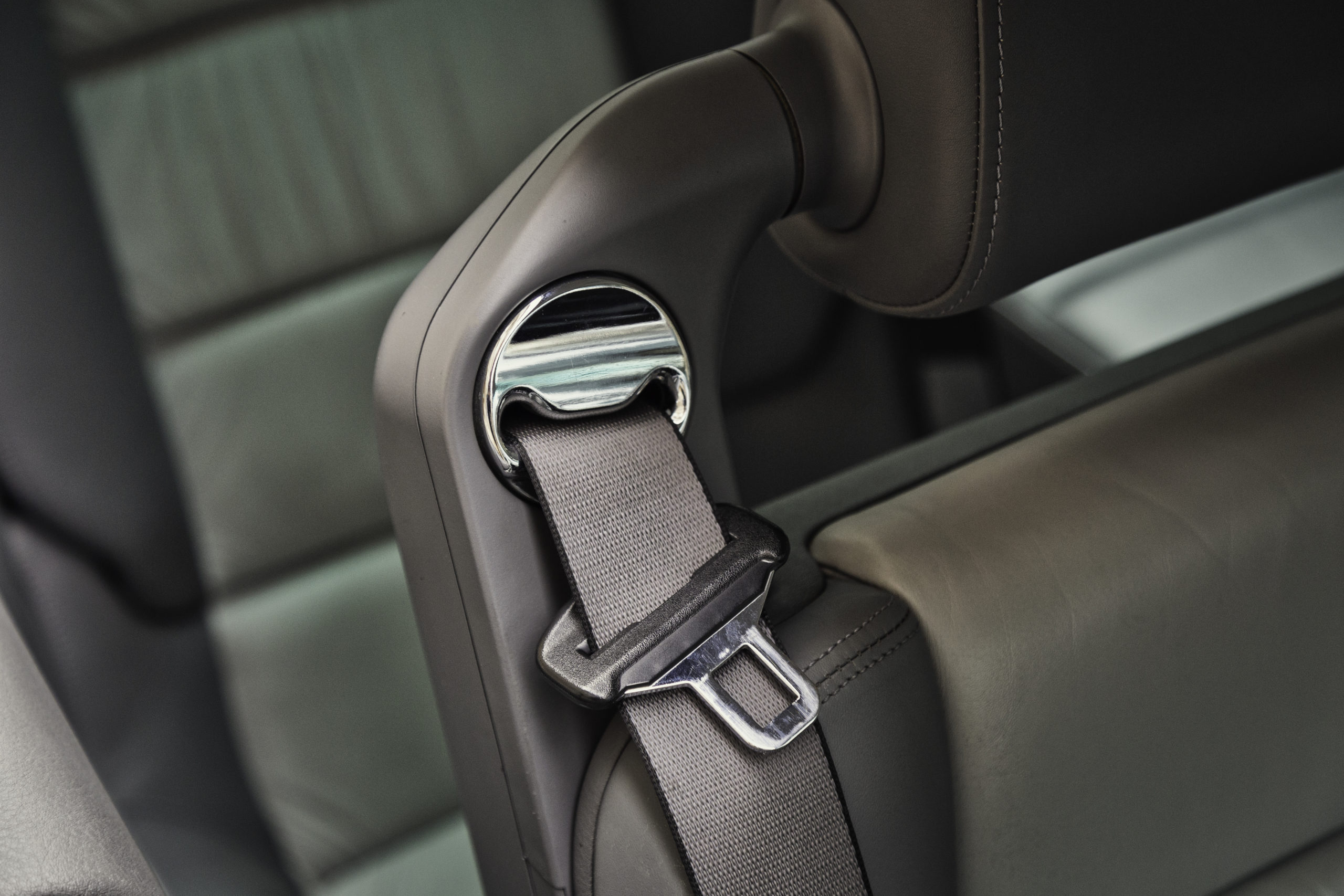 What the S70 engine isn’t like, is a typical M engine of the era and certainly far away from the 80’s high revving four and six-cylinder units. It was fairly simple in many respects despite being heavily reworked from the standard M70 V12 found in the 850i, with only a Single Over Head Cam and two valves per cylinder. At its heart it is a lazy and torquey V12. But for those lucky enough to drive a CSi, you too will have hopefully experienced the way that the engine builds and builds. It is almost criminal that the redline is restricted to only 6,000rpm in fifth and sixth gear (the limit was higher the lower the gear). Mark Hughes wrote in Fastlane during his first drive of the CSi, “Such is the refinement of the ride, you’ll find yourself travelling substantially faster than you realise”. And that “substantially faster” was one of its best kept secrets. Although electronically limited to 155mph, the CSi was good for 180mph at 6,000rpm in sixth.

In total, only 1,510 850CSi’s were produced, the main market being the US. Of those, 160 right hand drive units were produced, 153 of which came to the UK, the rest to Hong Kong Singapore and Australia. How many are left in the UK is not known. The BMWCC GB knows of around 20 cars registered, there are approximately 40 licensed by the DVLA, and perhaps up to 60 off the road as SORN. But as to the condition of these, well that’s anyone’s guess. 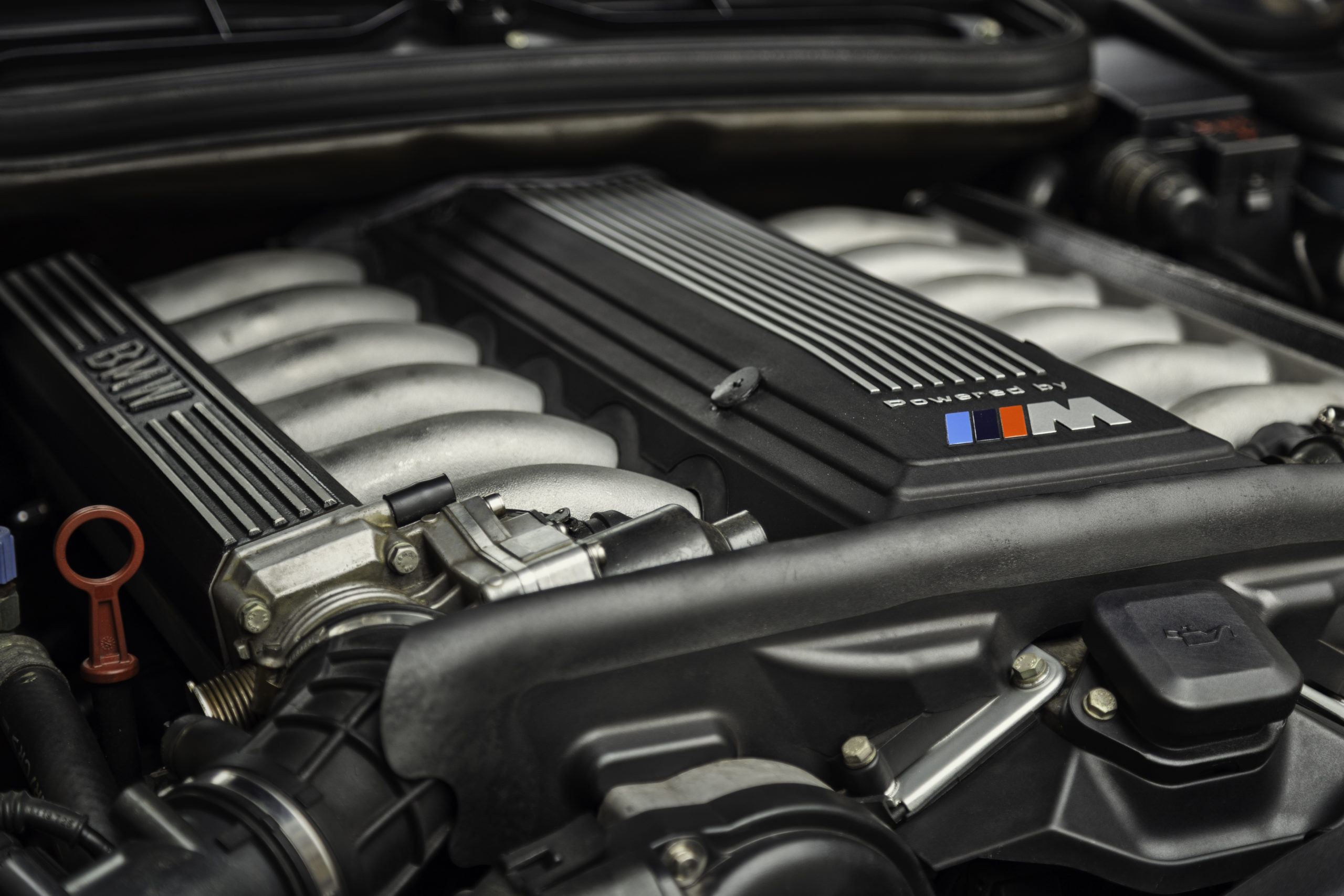 My particular example is finished in Oxford Green metallic with Silver-Grey two-tone Nappa leather. The 17″ split rim cross spoke alloys with 265 wide tyres were one of a number of options that give this specific car a unique configuration for the UK market. They also help to give the car its purposeful stance and are of their era. Personally, that deep dish on those rear alloys really does it for me, it simply looks awesome.

The overall design by Klaus Kapitza, simple and modernist, has stood the test of time. The pillarless window design is pure class and I often drive The Beast around, even in winter, with all the windows down; not only does it look at its best like this, but it allows me to indulge in the awesome V12 soundtrack that comes out the SuperSprint Magnum Sport Exhaust, the only non-original part on the car. Other areas of the design which I particularly love are its bulging boxed wheel arches, narrow front end and pop up headlights (you have to love pop up headlights, right?), and the large imposing rear light clusters. Its coupe design looks likes it’s built for speed, and it is. It’s a car that feels at its very best and most natural at triple digit speeds.

As I head into London, the CSi threads its way through Streatham, Brixton and eventually Waterloo. The immense torque allows effortless progress through the traffic and all the lights allow me to indulge in blipping the throttle as I change down to second. After meeting up with Dean near the Guildhall, I get to enjoy the hairy-chested exhaust sound of his E36 M3 3.5 litre Hartge for a few hundred yards before we park up. Whilst Dean starts planning the shots, I detail The Beast. Everywhere we go that day she attracts positive attention, whether it’s the construction chaps on their smoke break, the guy and his daughter who stop their Golf in the middle of the street to take pictures, Paul the purchaser from Hexagon Classics or the Australian petrol head Matt, who is a fellow ‘rust free’ 8 series owner. 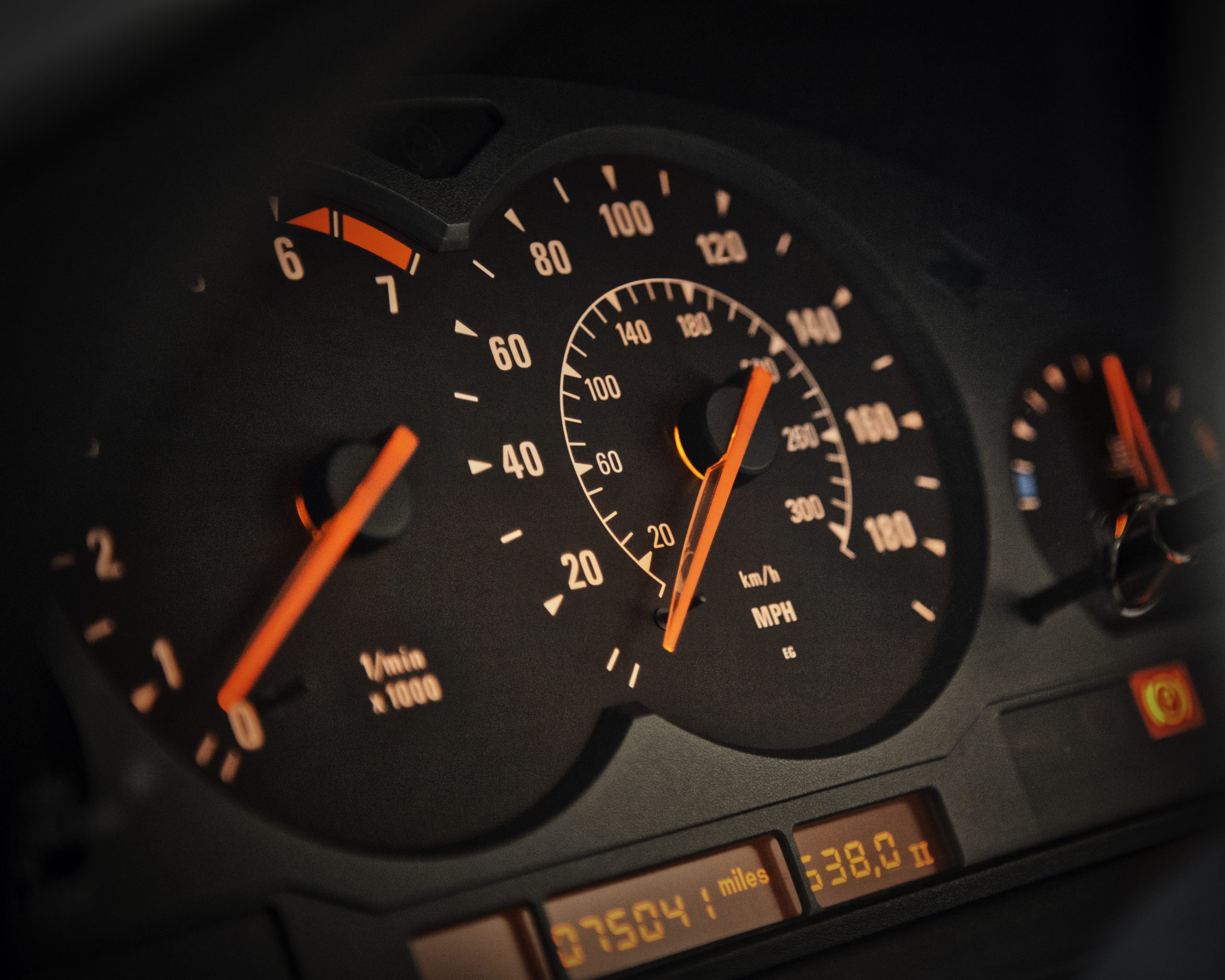 None of this attention fazes the CSi. And despite being at its performing best on fast A roads and the motorway, there is an absolute naturalness to its presence in the City. Whether parked outside the Lloyds building or Mansion House, it looks ready to carry its Fat Cat Banker with pace and grace off to their next luncheon and shareholder meeting. If only the security guard at Mansion House had felt the same we could have stayed parked up for a little longer… ease of parking in London has changed somewhat since the 90s.

The CSi’s short life came to an unexpected end in 1996. And it wasn’t to do with recession, stock market crashes or a simple fear of red braces; no, none of these things. With US emission guidelines that came into force from the start of 1997, it simply wasn’t financially viable for BMW to re-engineer the S70 motor.

So, what we are left with today is a wonderful and rare Motorsport BMW, to drive hard like its creator intended, and whose sleek design is to be appreciated. I know I am only the custodian of this great car, and at some point, she will move on. But until she does, I will treasure every turn of the wheel and every howl of the glorious S70 V12. 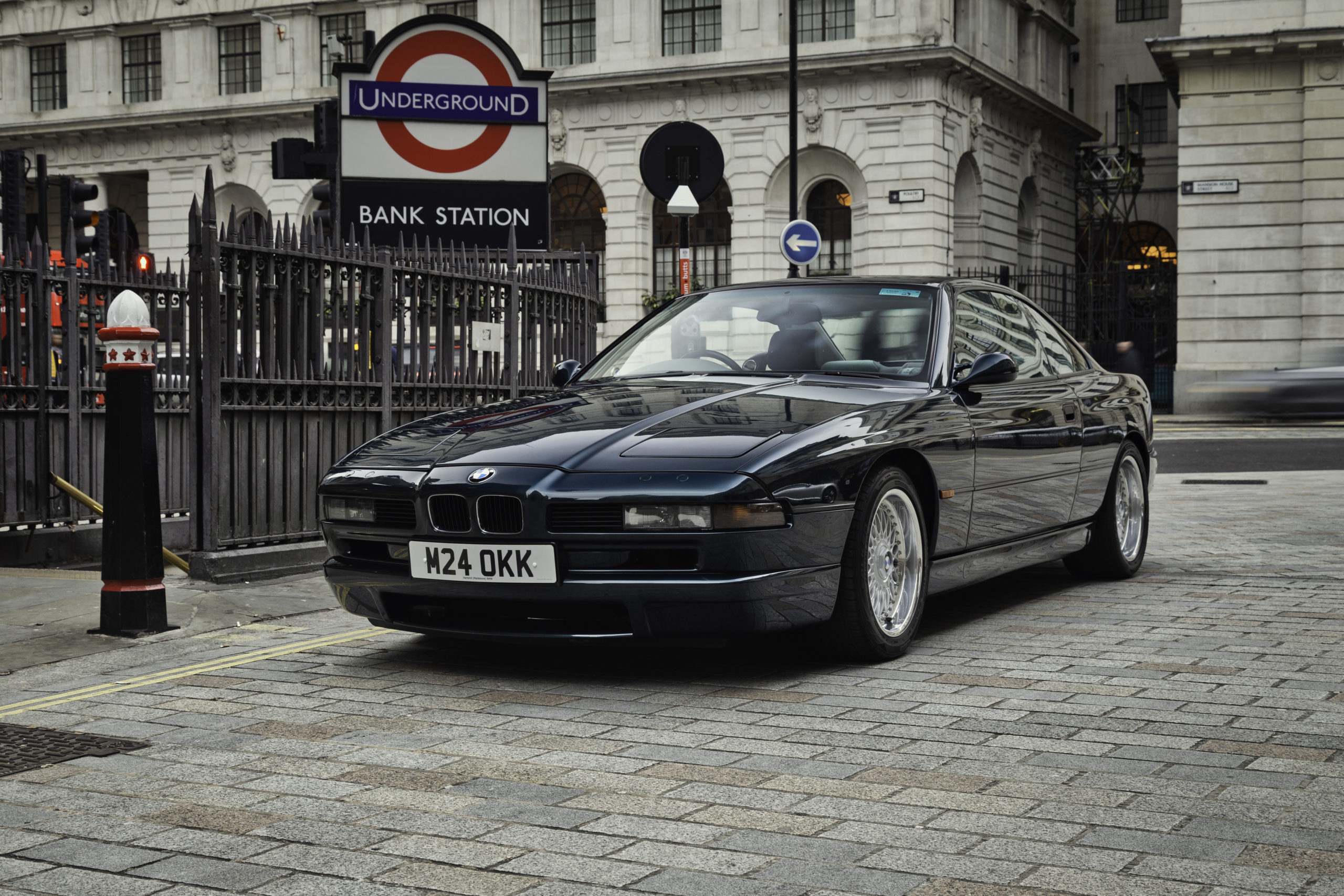