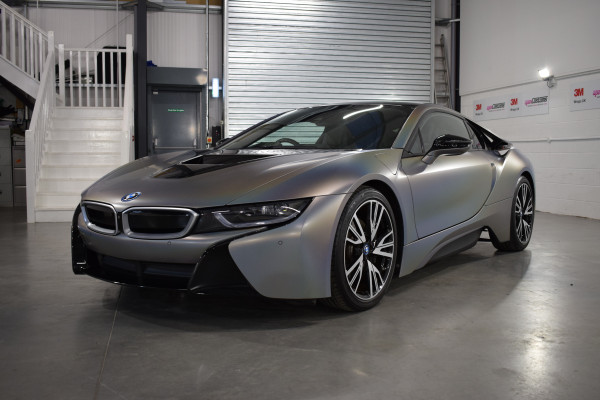 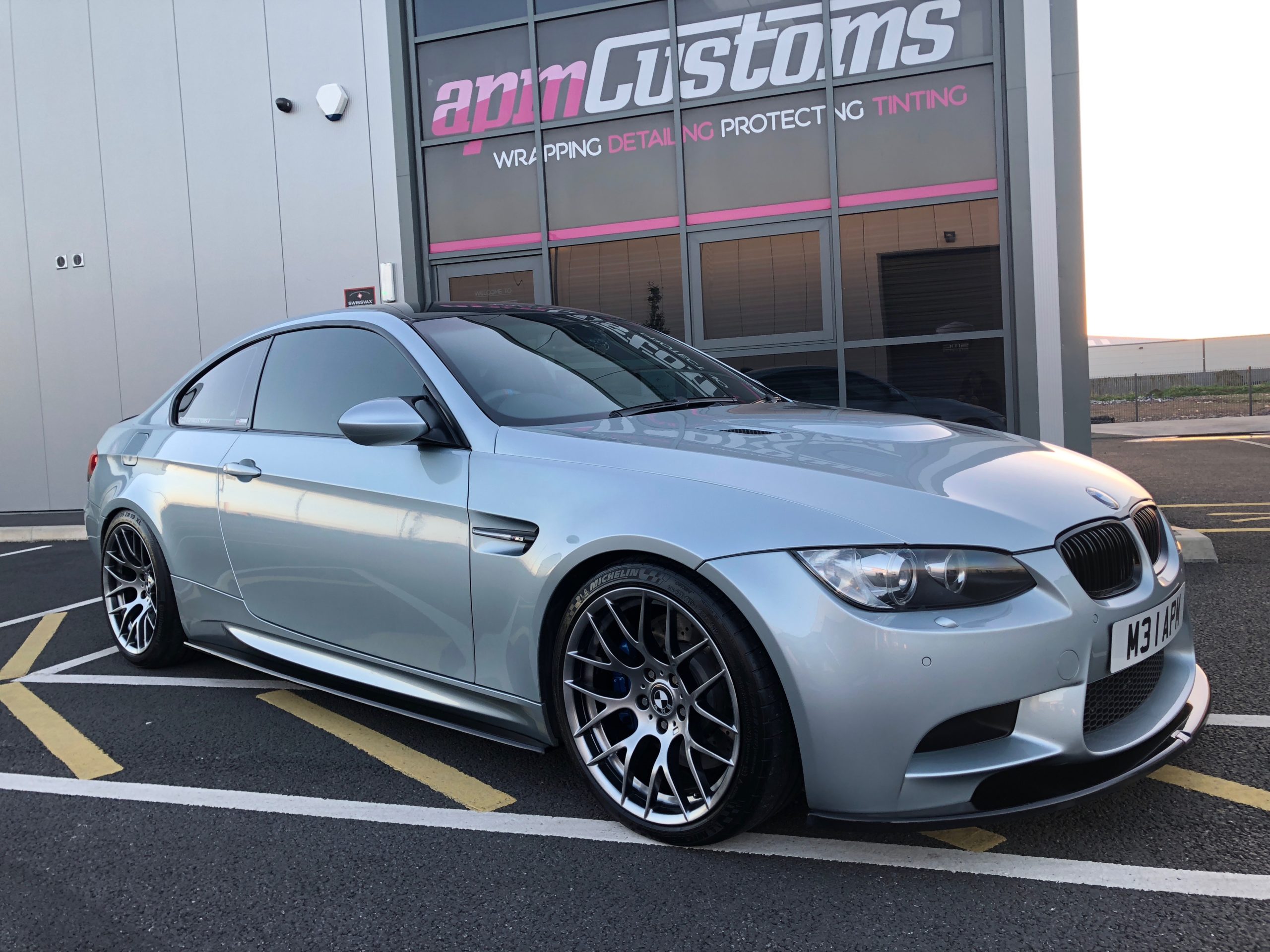 One of our members, Steve Byles, has a BMW i8 and as we have featured before in the North Wales Regional News of Straight Six, the car was shown before and after ‘wrapping’. Steve wanted to change the colour of his i8 – a re-spray was not considered as Steve wanted the option to put the car back to the original paint. The colour change went from Sophisto Grey to Fiery Orange.

This transformation was, to say the least, spectacular. To the uninitiated, the only wrapping most people have come across was the VW Camper featured on ‘Wheeler Dealers’.

During one of our regular meets we agreed it would be an experience to find out more about wrapping, so we organised a visit to APM Customs, the company who wrapped Steve’s car. They are based in Sandycroft, near Deeside, Flintshire. We were welcomed by Kev and Vicky Gelsinan, directors and owners of the business.

First impressions were of a clean, well equipped garage with a separate room, heated and ventilated and housing a Porsche 968 and a works Bentley championship winning GT3 racecar (2015 Blancpain Sprint Series Championship winning car). Also under a cover was another sports car (we were later treated to the unveiling of APM customer’s wrapped i8).

We had a good regional members turnout along with some guests, and we were treated to coffee and butties – thank you Vicky – followed by an informal introduction and a demonstration of the different types of vehicle wrapping including colour changes, commercial and motorsport livery, film protection and ceramic coating. Throughout the demonstrations we were free to ask questions about the preparation of the car or vehicle, potential problems, costings, guarantees and the benefits of wrapping.

One has to remember that some of the cars that APM Customs handle are valued in excess of a quarter of million pounds – clearly the work is not for the faint hearted, but the benefits (particularly the film protection) protect the car from stone chips, something we all know is very frustrating and can be expensive to put right.

Returning to the unveiling of the customer’s i8, I have to confess the first impression was one of surprise. It appeared to be a matt grey wrapping until the car was taken out into the sunshine.

The effect was stunning – a pearlescent multi coloured finish -changing in colour, depending on where you stood. The process is accomplished by applying an adhesive backed vinyl sheet to each panel of your vehicle. This is then warmed gently and formed to the contours of the vehicle. The technicians at APM Customs are trained by industry market leader 3M which ensures that not only do you get the right product for the job, but the vinyl is applied in the correct process meaning the best possible results. 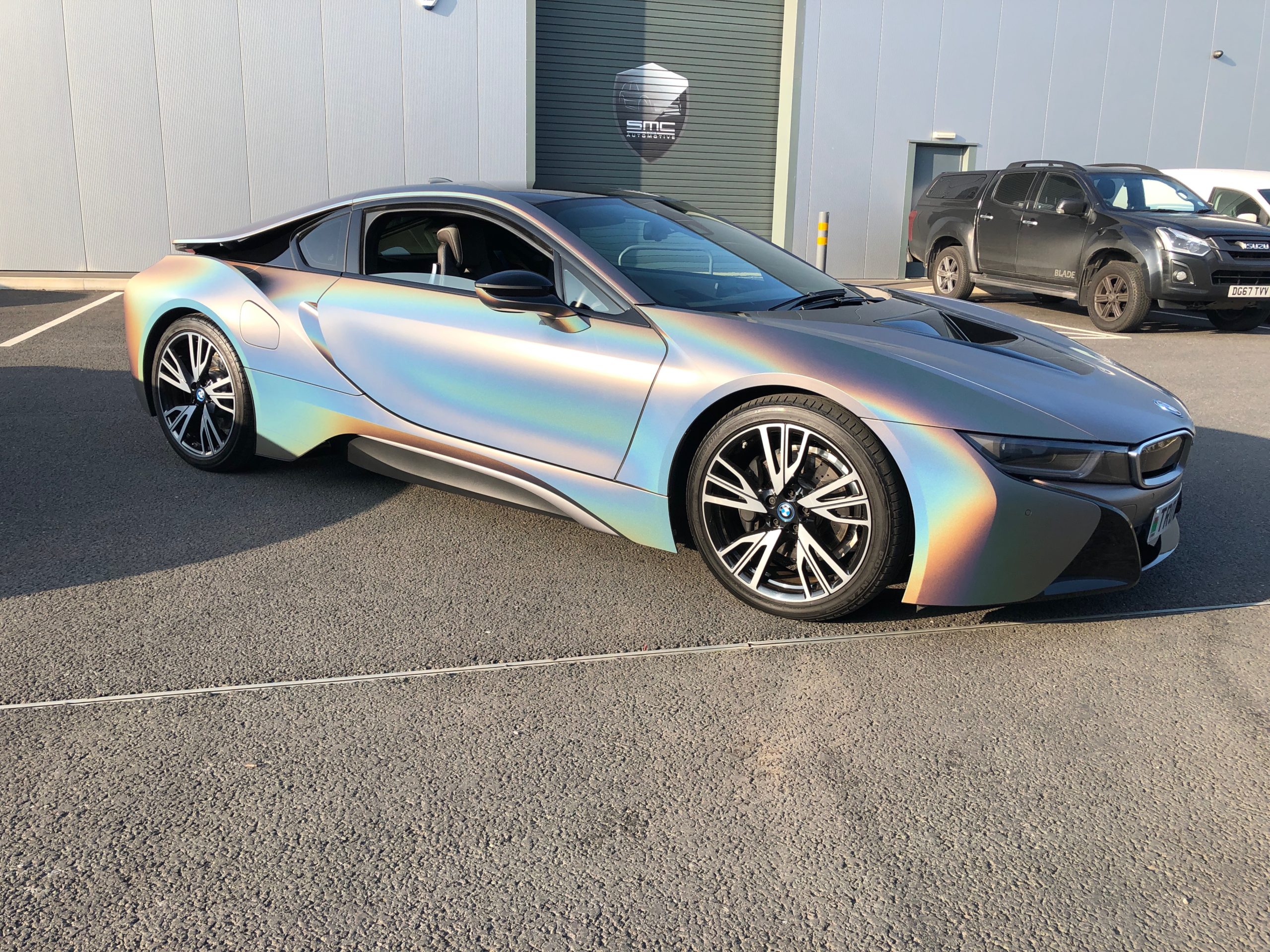 In addition, there is commercial wrapping, and as the whole wrapping process takes on average three to four days, a courtesy car is made available.

Having the wrap protected, which also applies to paint, is another process carried out by APM. Ceramic Coating is applied and can last up to five years without the need to wax the car. APM Customs also demonstrated clear film wrapping (Paint Protection Film – PPF), normally applied to the high impact areas at the front of the car to protect the paintwork from stone chips, scratches etc. This process would probably be of more interest to the motoring enthusiast due to the protection the car gets from the near invisible film which is applied.

Kev’s own BMW was on hand demonstrating how the process was beneficial to the wellbeing of one’s ‘pride and joy’.

The process takes around three days and involves a thorough clean and decontamination of the car’s paintwork before the film is then applied. Using the very latest software and templating database, APM’s trained installers computer cut the film using large format plotting machinery and vehicle template ensuring maximum coverage to the desired areas.

Once cut, a mixture of application solutions are used in the installation before finishing the face film with one of their wax or sealants.

During questions and answers the issue of insurance for a wrapped car was raised. Clearly, if a car is wrapped in a new colour scheme it is necessary to notify DVLA and you should notify your insurer of the change or modification.

I decided to involve BMW Car Club Insurance, the official insurance partner for the Club and operated by A-Plan Insurance; Henry Francis was on hand to offer help and guidance.

Henry was able to explain that A-Plan have access to many insurance companies and he admitted some would not insure a wrapped car. Others would, but required full details of the wrapping – for example, does the wrapping contain any advertising logos or wordings? Some insurers will not pay for any wrapping repairs if the bodywork is damaged in an accident. Henry did say that there were a few insurers who would pay or certainly contribute towards any replacement wrapping.

Colour matching was also raised. In the event of a replacement body panel APM confirmed they retain colour codes of a wrap to help with colour matching for any future touch ups.

On the question of Paint Protection Film, this is often installed to the front of the vehicle to help protect the bonnet, grille and bumpers and since the film is clear, insurers could benefit from this bodywork protection from claims against scratches, marks and stone chips. In short, the insurers are unlikely to be concerned with the Paint Protection Film.

To conclude, it is wise to check with your insurers before you have your car wrapped. Using BMW Car Club Insurance has definite advantages with bespoke schemes available to Club members (and not just for BMWs) and a knowledgeable and friendly team happy to give advice and guidance. 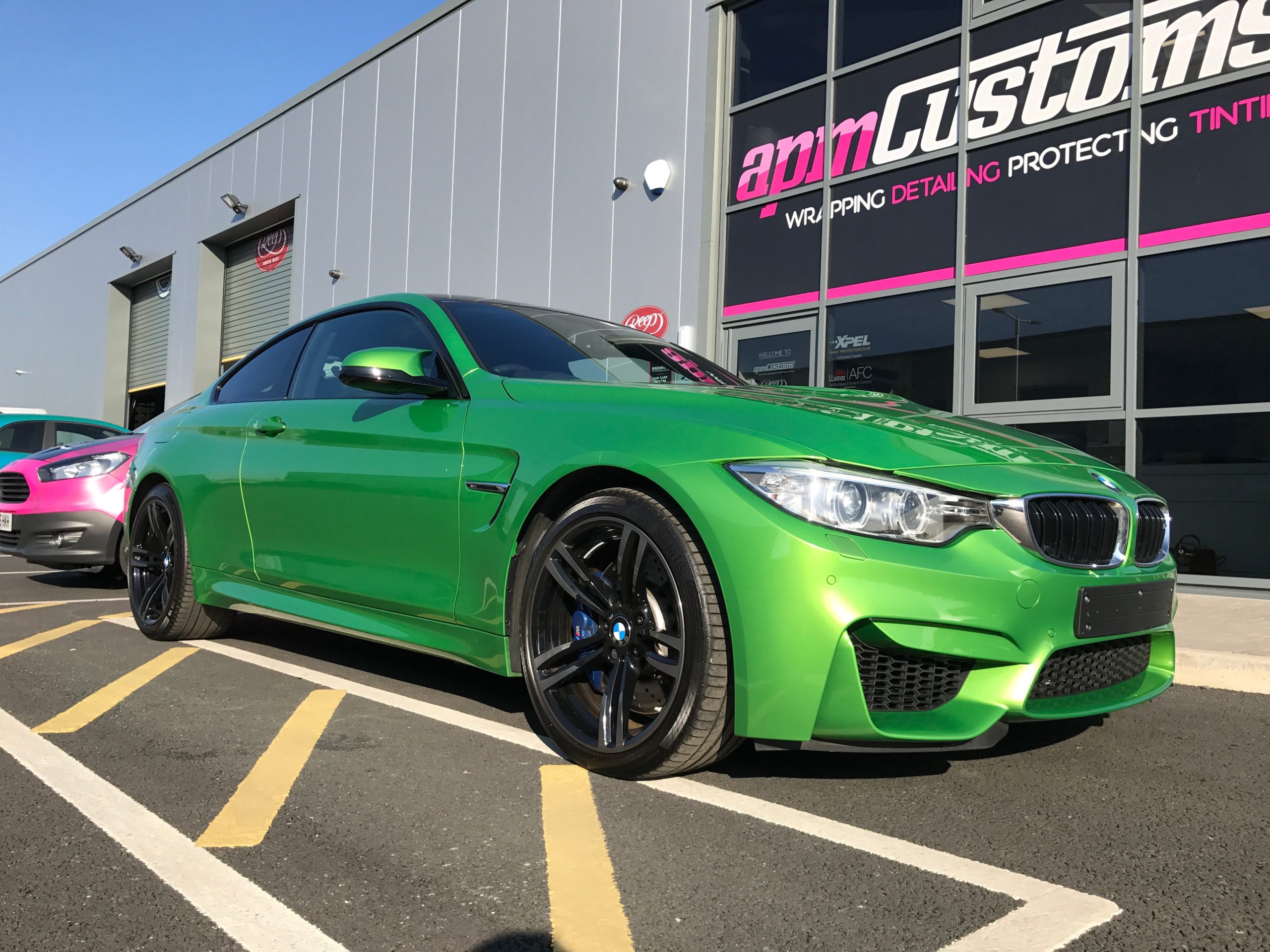