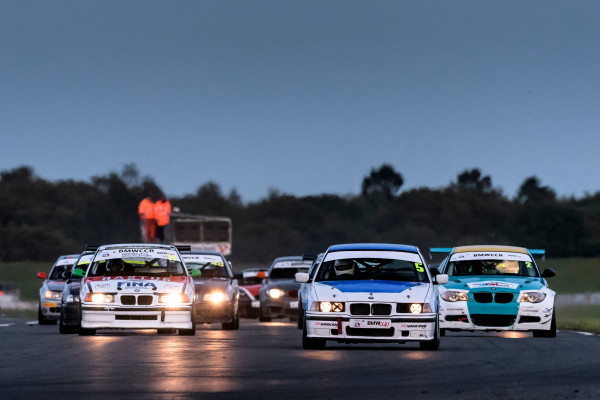 The Car Club have received lots of congratulations and praise of the last year for the racing – the organisation with 750mc has worked well and the drivers have enjoyed themselves and kept the racing clean and fair.

The races at Donington Park attracted large grids and some new faces that came along to sample the grids and enjoy the company and hospitality in the paddock.

In M1 Race 1, Mike Cutt was the winner followed home by, Dave Heasman and Hugh Gurney, whilst in Race 2 Rick Kerry got in the mix splitting Mike and Dave to claim a close 2nd place.

In the BMWcup Clive Watson claimed two wins following many lead changes and Matt Page being penalised for track limits, with David Morris and Gareth Thomas in the podium places during both races. 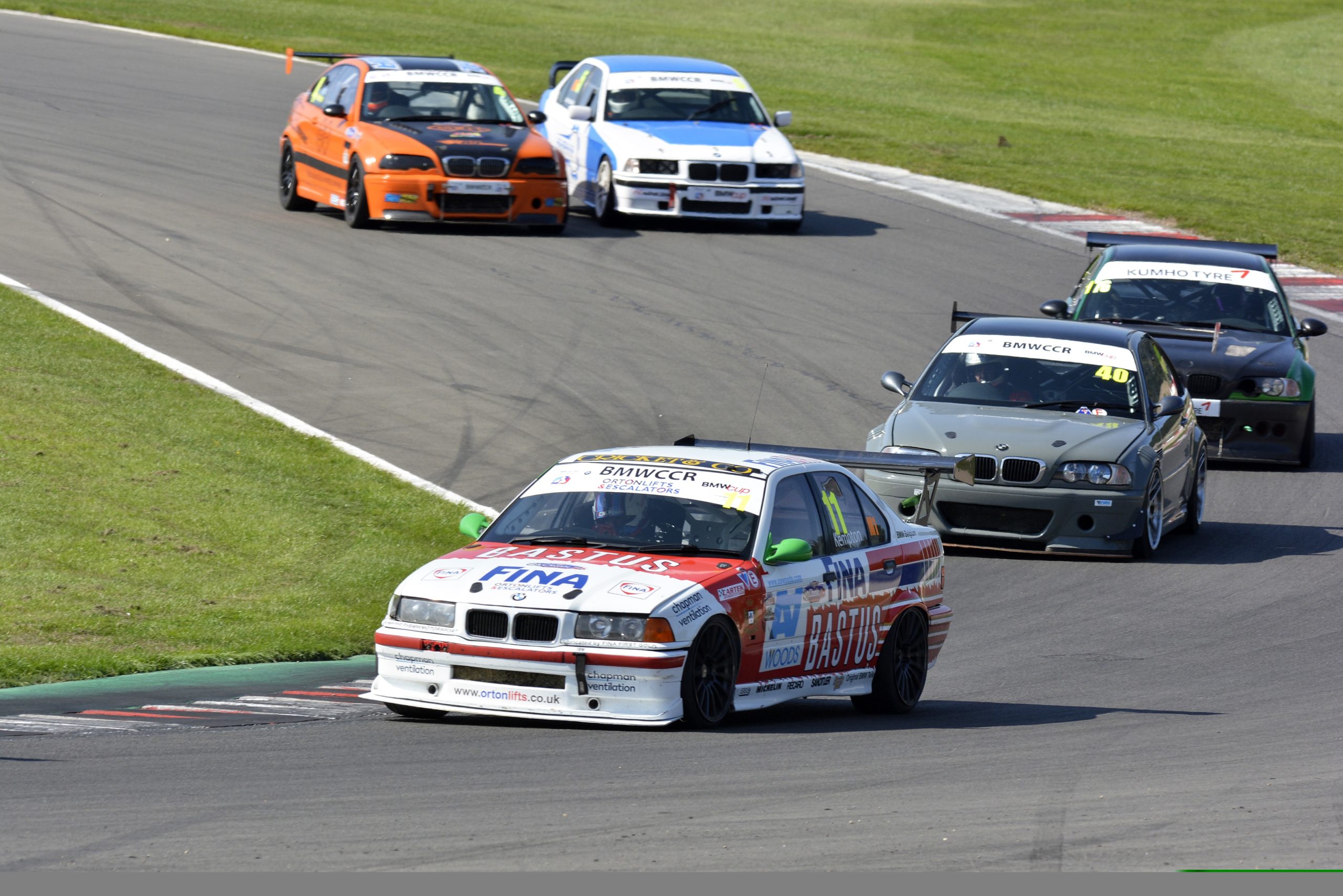 The final stop of the year was Snetterton – it’s always difficult to get a good grid at the last round so to have over 20 was very pleasing.  The timings didn’t look ideal but as has been the case all year the drivers worked with it and it resulted in some incredible and memorable races.  As this meeting was in memory of Barrie Whizzo Williams, he would have been proud of the drivers and the whole meeting gave him a minutes silence on the day – a video of this is also on the BMWCCR Facebook page.

In Race 1 – Dave Heasman took his first race win of the year by 0.02 the closest ever finish we have seen, after David Kempton had led from the start of the race.  Lee Deegan was the man to catch again in Class 6, chased hard by Kevin Denwood, Lee ended the season with a record number of class wins.  Class 6 however looks like being a very competitive class next year.  Stuart Pywell picked up another podium along with Paul White.  Race 2 started after 6pm so the lights were on and it was another first for the club – our first night race – but the drivers were all smiles – This race also went down to the last corner with Dave securing a double win by 0.46 seconds ahead of Mike Cutt who was 0.49 seconds in front of David Kempton with Rick Kerry, Gary Hufford and Paul Travers close behind with Invitation winner Farad Darver from the Armed Forces doing his first race with the club.  The leading M2 driver of the year Marc Culmer collected another win. Whilst Joe Geach who has been the most travelled member this year from his base in Cornwall picking up the BMWcup win followed by Matt Page who had the most Cup Podiums this year and then David Morris.

This was the post on the BMWCCR Facebook page that summed up the day whist we were still smiling ear to ear.

WHAT A WAY TO FINISH THE SEASON

Next year’s provisional dates are now available so come and join the fun and be a part of the club racing.

We hope to see many of you at Autosport in January!