GTS – The S stands for slidey

This article was first featured in Straight Six December 2016 and can be found in the members’ area by clicking HERE. Did you know we had all issues of Straight Six available online back to 2013? Read them HERE

Winter finally, incontestably arrived in The Ashdown Forest this week. The autumnal leaves, which had been hanging on to their boughs in defiance of the early winds finally gave up the fight, and in a single night fell in one huge, soggy, clingy clump. By Tuesday the roads had changed from benign ribbons of dark grey to a slippery, tricksy brown sludge, hiding potholes and bumps, and providing no end of fun. Fun, unless of course your job is to road test, back to back, two of BMW M’s least accommodating contributions to car culture.

You find me on this particular afternoon, waiting like a kid on Christmas Eve, for the arrival of both an M3 and M4 GTS. Fresh from the NEC show, BMW UK have kindly agreed to divert the delivery truck to Munich Legends for a couple of days en route to their Farnborough HQ, giving me a fairly unique opportunity to road test these two monsters in a face warping face-off.

Finally the huge, unmarked car carrier arrives. The driver explains that they can’t use the usual branded lorry because the ramps’ incline is too steep for these lowered specials. Immediately a group of twelve year-old boys appear, seemingly from nowhere, gathering round the truck as it begins to unload its outrageous cargo, pushing and shouting, just like in a 50’s Ealing black and white comedy. I, and most of the ML team join them, but as we are bigger boys, we get to push to the front. The driver looks doubtfully at this odd reception committee and asks with no small measure of scepticism, ‘Er…who’s in charge ‘ere?’.

Now, in the spirit of transparency, I have to declare an interest. As a V8 M3 owner for five fabulous years, I’m an unashamed fan of the last of the n/a Ms. I’ve always hankered after an M3 GTS. For me, it represents the pinnacle of an era for BMW, the last hurrah, the swansong of all that was right with the world of M. Before turbos, and M branded SUVs or – cough – diesels. Anyway, being the one nearest the bay door, the V8 Jaffa Orange animal rolls slowly backwards down the loading ramps first and comes to a standstill on the forecourt, the driver gets out and hands me the keys. ‘Milk, no sugar’, he says cryptically. I’m not sure what he means, but taking this as an invitation, I climb into the uncomfortable bucket seat of the M3 GTS and close the door.

It’s getting dark and it’s started to rain, but there’s always a chance I could die in the night, so I decide to get to work immediately and do the road test, just in case. The rev counter feeds me more revs as we gently set of and the engine warms up, so I don’t have much time to take in my surroundings. The back seats are missing and a half roll cage has been installed instead. I’m assuming that instead of Isofix attachments you can strap any children you may have to the cross struts. Or put them in the boot.

The dashboard looks a lot like my road car, but with all the buttons blanked off, and there is some nice Alcantara trim kicking about to make you feel special. It does feel stripped out, like an M3 CSL, only more so. As I start to push the throttle harder, I can immediately feel the difference between this and my saloon, more immediate, more power – the GTS is more alive. You can feel the lightness. The setup of the suspension and chassis, coupled with the weight loss make for a real shift in posture, and it’s evident under foot and bottom from the get-go. But every time I try to push the power out, the bloody thing wants to go sideways.

I’m on a public highway. I modulate, I tickle, then I get frustrated. I’m driving with the aids all switched off (come on, it’s an M3 GTS) and it’s proving a real handful. I follow my familiar road test route, waiting for the tyres to warm up, but even then, doing the ton in fourth, the thing still wants to swap ends. Swearing, I head back to ML.

It’s only upon arrival back at base that I look at the tyres. Pirelli P Zeros. No wonder. 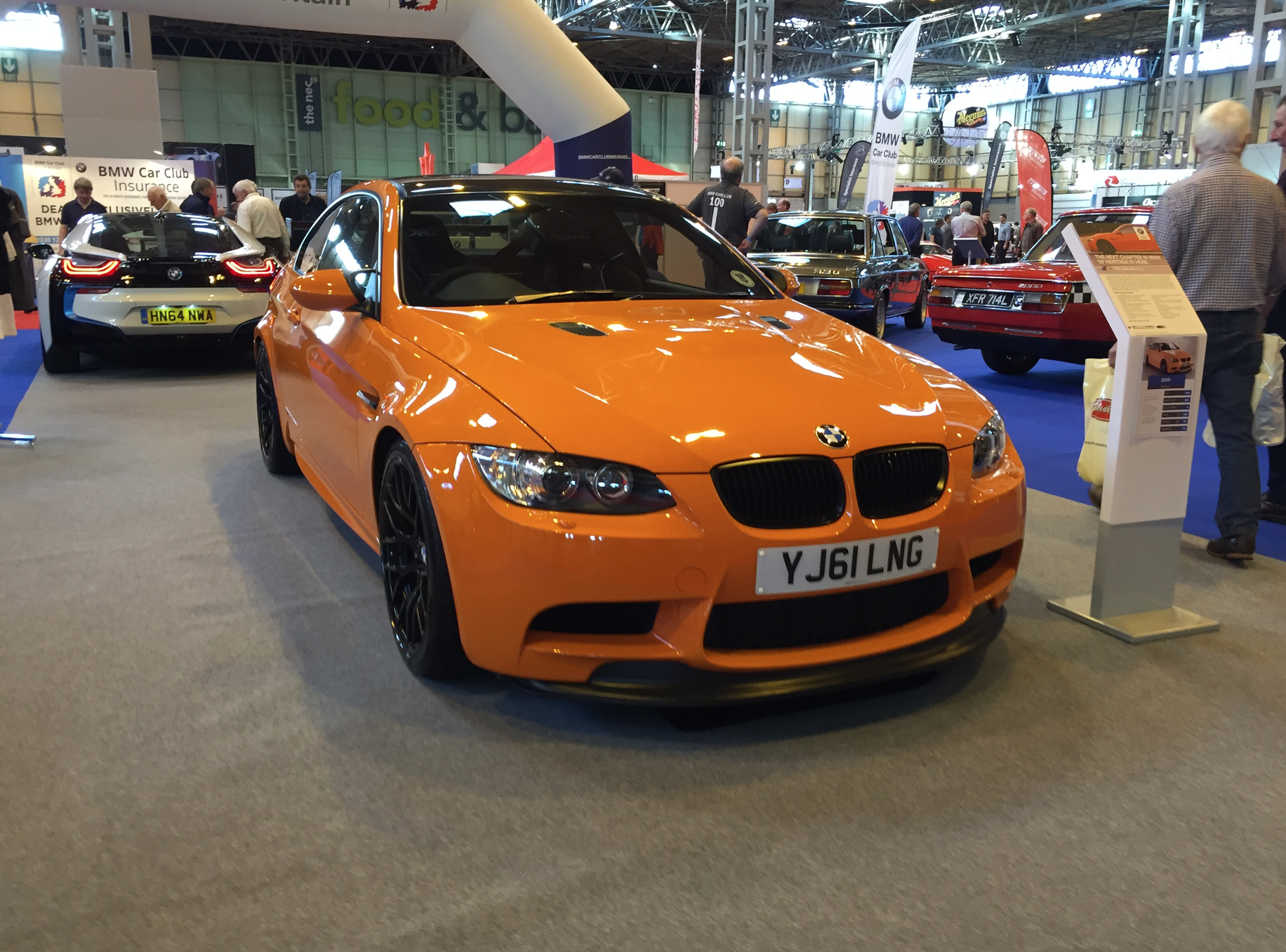 But, as luck would have it, the next day dawns dark but dry. The roads are still slippy, but there’s no rain. Bingo. As I arrive at work, I see they’ve got the M4 GTS ready to go, so in I jump. At first glance, it’s the same set up as the M3 – bit of scaffolding, uncomfy seats and harness etc – except with added bling. In the pictures, I haven’t really liked the look of the M4 GTS, the burnt orange wheels and ‘cage didn’t really work for me. But in the flesh, the car does pull it off. There are nice touches – the M-striped door pull (no handle – too heavy) and safety belts, the steering wheel has Knight Rider lights – but what’s this? Pro nav, DAB radio and PDC visuals on the full sized screen? Surely they could strip all that out? I’m already sceptical that this car won’t match the animal feel of the ‘3, and it’s not looking better yet. Still, I press on regardless.

Now the noise. I mean, just listen to the thing. If cars could swear, then the M4 GTS is spewing forth a stream of obscenities, spitting and screaming at anyone who comes near. Nuzzle the throttle at around 4000 rpm then lift off, and the ‘4 pops like a firecracker, making you jump when you first hear it. Everyone can hear you coming, and people stop and stare as you drive past, assuming that only a car made of pure evil would make that noise. And they’re right. Clear the village, bury the throttle and the M4 GTS becomes an unapologetic race car.

The power, the torque, the sheer force will catch even the most seasoned driver unaware. It is immediately bewitching, intoxicating, frightening. I want to pull over and call my mummy. The car feels super light, jumpy, dangerous but addictive, you’re always on the edge, never quite sure if this journey will be your last. But you keep pushing that pedal just the same. This explains why the few journalists that I’ve met who have driven the M4 GTS turn into drooling, slack jawed, wide eyed weirdos, like recovering crystal meth addicts. On the scaredometer, the M4 GTS is off the gauge. Luckily, there was a fire extinguisher on board, so I was able to put my pants out.

I wasn’t able to really test the handling – the roads and the tyres conspired to make the ‘4 almost undriveable, and I didn’t fancy ringing BMW from the hedgerow to explain that I’d left the road by mistake. The M4 GTS is a track car, not a road machine, and puts BMW firmly in supercar beating territory – it is by far and away the fastest production car BMW have ever made. This is a car that needs proper testing, and I mean to do just that as soon as the roads allow

So, eventually I return to base and have a proper drive in the M3 GTS. But by then, the game was up. The M4 GTS is the only BMW I can think of that will make the M3 GTS feel slow. I drove about a bit, but I knew without doubt where I stood. I love the V8, and, stupid orange colour aside, I’d still love to own one. But, if it’s pure madness you want, raw power, unapologetic excitement, sensual overload, even risk, then the M4 GTS is without doubt the car for you.

But be warned. On a wet day, you’ll need more than diplomatic immunity to make it home in this lethal weapon. 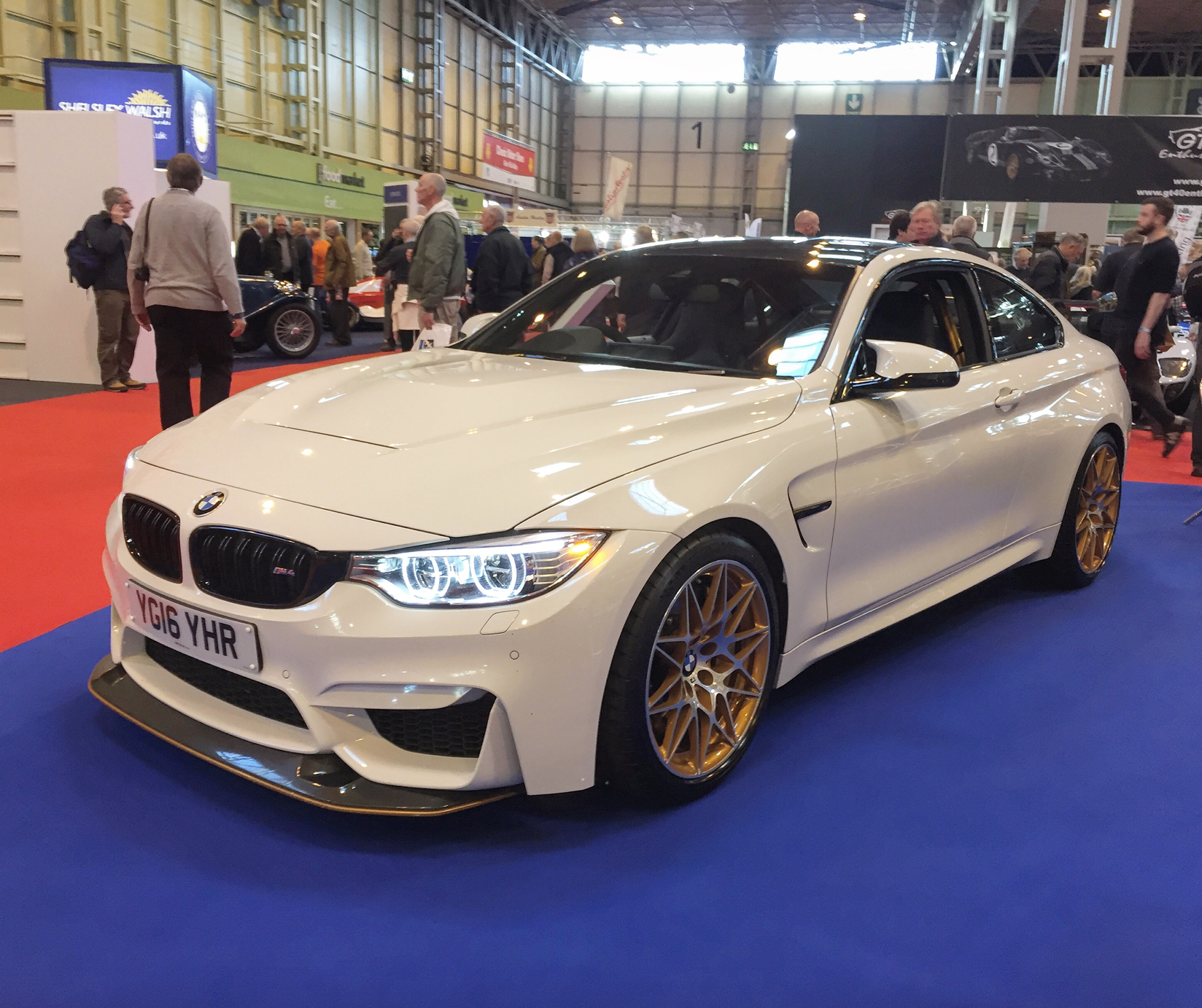