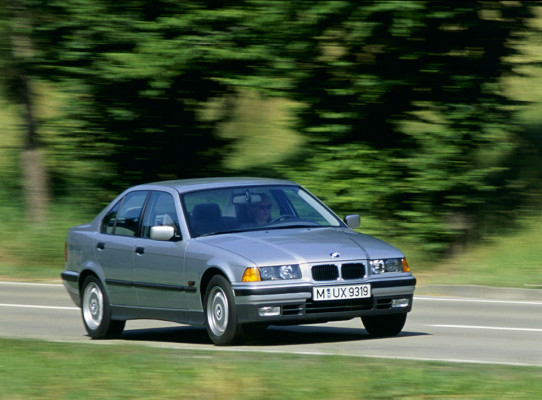 This article was first featured in Straight Six May 2016 and can be found in the members’ area by clicking HERE. Did you know we had all issues of Straight Six available online back to 2013? Read them HERE.

Andy Everett wasn’t alive 100 years ago, but over the course of the century, BMW have had a handful of golden years – years that represent, in the words of Chairman Mao, a ‘Great Leap Forward’. We journey back to 1991. Definitely one of those years…

It wasn’t that long ago that I was convinced that ‘they don’t make ’em like they used to’. The good old E30 that you can repair in a Little Chef car park with borrowed cutlery of course has its place, and many are still used every day – and why not? But it was talking to Steve Soper during a visit to his dealership a year or so ago that started the worm turning. “The old stuff was great, but the best BMWs are the ones they make now. I love the technology”.

And you know what – I agree with him. You don’t get anywhere standing still or looking backwards and that’s why BMW’s only attempt at retro – the Z8 – was not particularly well received and is one of the few BMWs that I had no interest in owning.

Well, I’m allowed an opinion and here’s mine. BMW as a company has had several rebirths, and of course the main one was in 1962 with the Neue Klasse 1500, the car that effectively cut the cord from the rudderless B.M.W of old with the diverse and slow selling antiques like the 700 and Baroque Nightmares. So began a whole new era for BMW and a standard blueprint for its cars that would last 25 years or more – front engine, rear drive, McPherson struts and semi trailing arms aft. And as a formula it worked so well that 20 years later, pretty much the same car – the E21 316 – was still being churned out although by then the steering box had given way to the rack and pinion.

But is it fair to say that by 1990, the formula was becoming stale? By then, the car had become the E34 5 Series (an outstanding car and always better than the W124 Merc) and the E30 3 Series. The E30 was a cracking car that found many friends, but my opinion is that by the end of its life it really had been left behind. In 1983 it had no real competition, although many cars such as the rear drive Sierras were close by in terms of dynamics and the FWD Cavaliers were decently built and brisk. But stir in steaming piles like the Montego and the laughably ugly Nissan Bluebird as well as offerings from Fiat, and there was no real competition for the E30. BMW could charge what they liked and they did. 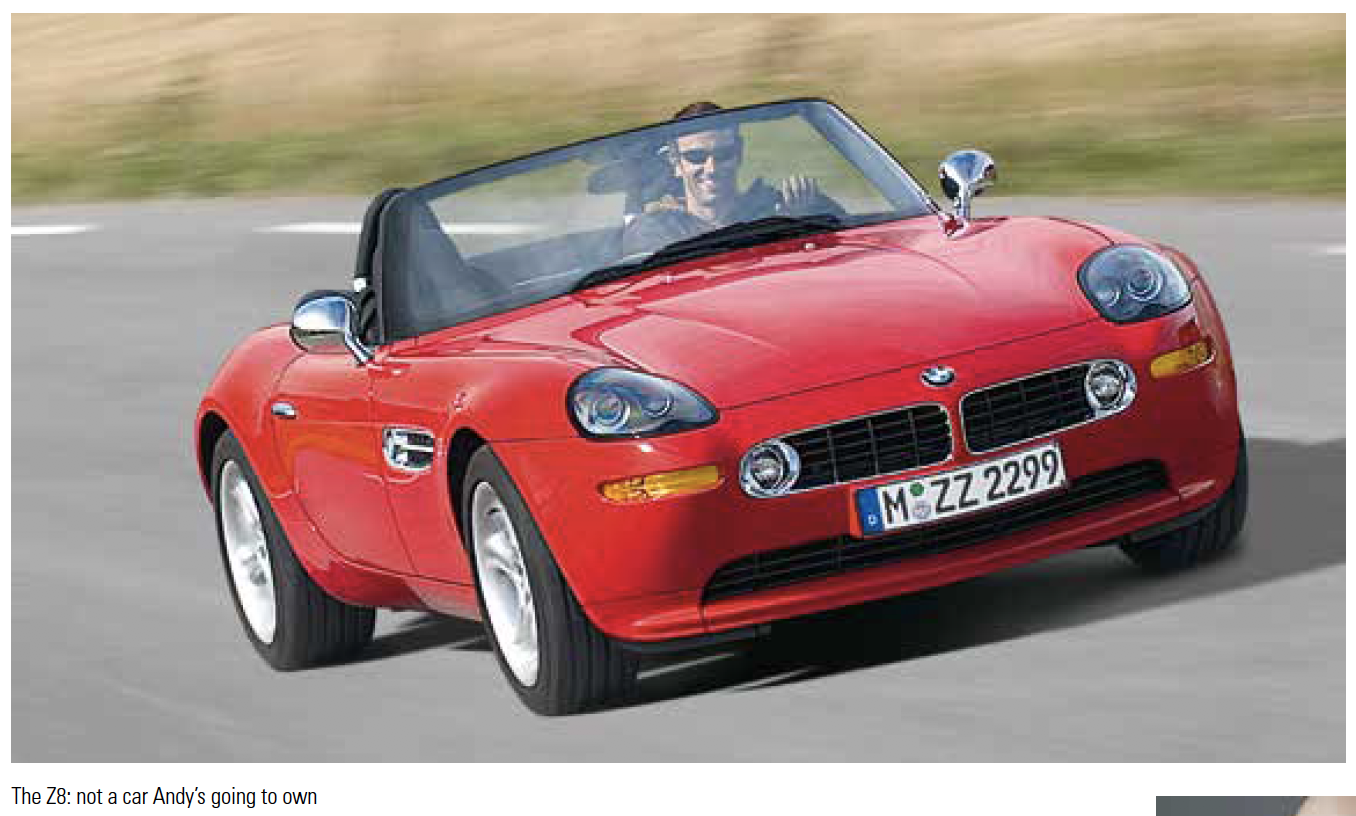 By 1990, however, the E30 was a car you bought on reputation as a fairly painless driving experience because certainly in 316i and 318i form, they were nothing special. Peugeot’s 405 had earned itself the crown as the best driving car in its segment and BMW needed something to really move the game along – a game changer if you will.

The resulting E36 saloon went into full production in January 1991, the result of a huge investment over a period of nearly six years. This was to be no gentle transition as the E30 from E21 had been, because an evolution of the E30 would not have been acceptable. Chief engineer Wolfgang Reitzle presided over development with a big stick because this one had to be right. One priority was to move the front wheels as far forward as possible to improve weight distribution, as well as moving the engine rearwards – that’s why on four cylinder cars, the crank pulley is only a few inches forward of the wheel centre line. Reitzle also admitted that this was also done for styling – the ‘front wheels forward’ look would reinforce the BMW rear wheel drive image – although in fact BMW did consider FWD and built a couple of prototypes before dismissing it as a ridiculous idea…

The E36 style of course didn’t please everyone, but it did please actual buyers. In 1991 an ex colleague persuaded his boss to let him keep his Nissan 200SX company car for another few months and order a red E36 325i Coupe rather than settle for the last of the E30 325i Sports. Finally delivered in February 1992, this J registered Coupe distinguished itself by hitting the rev limiter in 5th gear on the A1 in Durham, upon which there was an almighty but harmless pop as unburnt fuel in the (very hot) exhaust decided to ignite – doing the maths, the car was doing around 145 to 150mph, previously the preserve of V12 Jags and way, way beyond anything the E30 could muster.

If the E36 saloon looked other worldly to our eyes in 1991, the Coupe (actually launched late that year) truly was an object of desire. In a world populated by the booted Granada and Belmont, the pretentious Rovers and the 190E styled with your Dad in mind, the E36 Coupe, be it in black, bright red or Mauritius blue, looked stunning, and early ones literally stopped traffic. Not only that, but with the new close ratio gearboxes, short final drives, much quicker steering and that ingenious Z axle, the E36 drove like a dream as well. Everything was better than before – handling, ride, wind noise and the new 5 speed automatic was a world away from the old 4HP22. We’ll gloss over the fact that the four cylinder units were modified carry-overs from the E30 (as modern and good as they were) but not the new sixes.

It’s often been said that the 24 valve M50 engine is the best thing BMW have ever made – contentious, but still a contender. As a 320i with 150bhp it’s almost unbelievably smooth and cultured – is that really a four stroke combustion engine under the bonnet? But it was as a 325i with 192bhp and that lovely ZF manual box that the E36 really shone, and it was another writer (Jeremy Walton) who commented in a 1991 road test that the 325i was pretty much the equal of a Sierra Sapphire Cosworth in terms of straightline ‘go’. 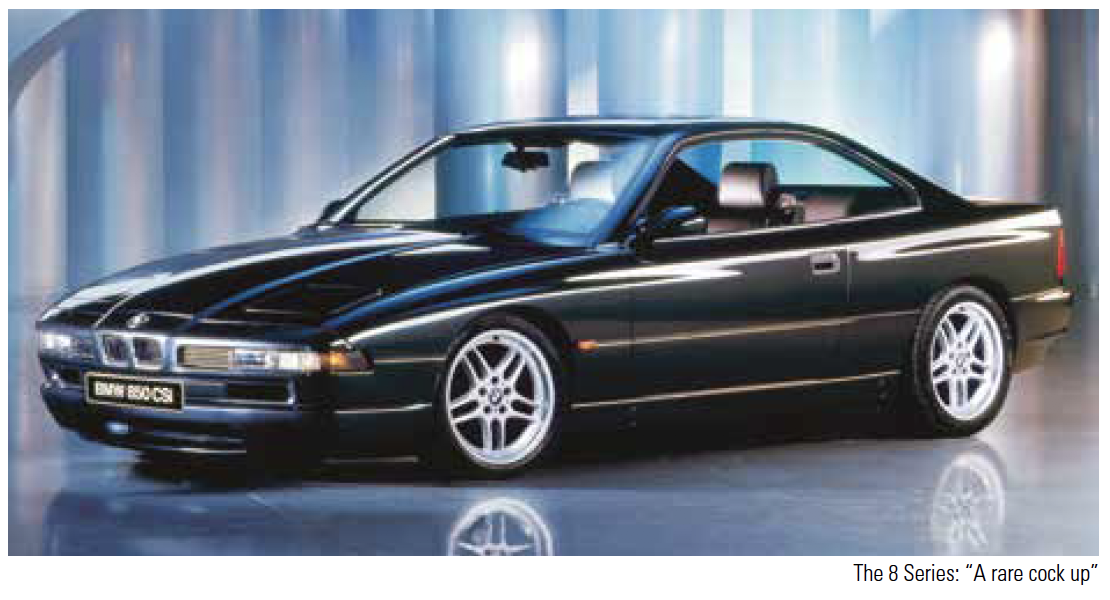 Of course, not everything was rosy. There were early gremlins with the quality of some fixtures and before the car made it to the UK, the interior fabrics on some models were revised. Gloveboxes could spring open over a sharp bump, the tops of the door trims could become detached (E36 door trims were never that great) and overall, the E30’s feeling of solidity was lost until the issues could be addressed. But it came good quite quickly and a rapidly expanding BMW – now with the money and production capacity to do what they liked thanks to the recently opened Regensburg plant – expanded the E36 into an unassailable range of feel good products. A diesel was added in 1992, a shapely Touring and exotic Convertible in 1994 just before the stumpy Compact with its E30 style rear axle. How everyone laughed at the Compact, apart from the hundreds of thousands of buyers who knew this was a better bet than other hatchbacks whose ranks included atrocities like the Mark 5 Escorts as well as puddings like the Mark 3 Golf and Astra.

1991 was a year when BMW really was consolidating and coming good on its promise to outdo Mercedes. The E36 was quite easily the best car in its class and is still a blueprint for 3 to 4 Series cars today. The lovely Z1 – BMW’s ‘look what we can do!’ showpiece was a media darling that was too expensive to build – was sadly coming to an end and the 8 Series was a rare cock up… amazing to look at, but which was ridiculously overpriced and always destined to be an under achiever compared with the late lamented E24. It was not to be replaced when it left production 10 years after its 1989 launch.

But other great things were happening in 1991. BMW’s second estate car after the surprising success of the E30 Touring was launched in 1991, the E34 5 Series Touring. Powered of course by the new 24 valve M50 2.0 and 2.5 engines, the Touring wasn’t as commodious as either the Volvo 740 and Mercedes W124 estates, but it was handy enough and started a trend that saw a significant proportion of 5 Series buyers opt for the Touring. 525Tds versions of the E34 began flowing from the Dingolfing lines in April to become the first diesel BMW sold in the UK. The 1988 E34 524td was a bit underwhelming but in the lighter E28 it was pretty good and BMW undoubtedly missed a trick not importing it to the UK. Never mind though – the 525tds became the diesel to buy – competition was from various four bangers such as the Peugeot engined Granada diesel, a minicab in waiting. So good was the tds that many would-be buyers were given test drives and told it was a 520i, and never twigged. Today, the overwhelming majority of 5 Series sold here are diesels.

Finally, the new V8. Production began in September 1991 of the tremendous M60 available as either a 3.0 or a 4.0. BMW knew they had relied on the good old M30 for too long and it was the surprise launch of the Lexus LS400 the year before that convinced BMW that they had done the right thing, and as good as the LS400 was (the best riding luxury car of its generation), the 740i was faster and the drivers’ choice. With all alloy construction, four cams, 48 valves, Nikasil bore linings, coil plug ignition and some very clever construction techniques, the 4.0 version gave 286bhp and, when dropped into the E34 the following year, made many buyers question the extra money an M5 cost.

1991 was one of BMW’s ‘white heat of technology’ years when the important steps forward were made and the past began to be left behind. Semi trailing arms as well as the old M20 and M30 engines were on the slab, four valves per cylinder, coil packs and multi link rear suspensions were in the delivery room with proud parents showing how clever they were. If ever a single year could encapsulate the brilliance of BMW’s engineers, 1991 – a quarter of a century ago now – is a strong contender.