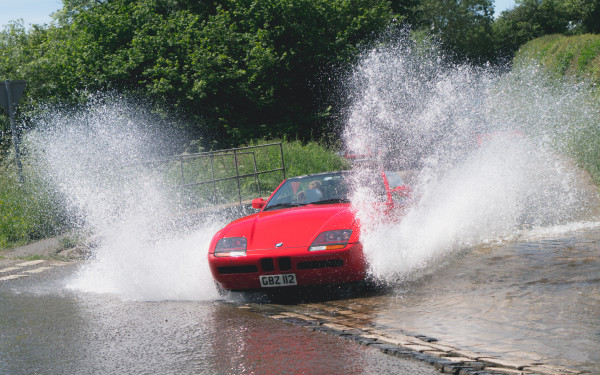 It’s your wedding anniversary, how to celebrate?  A cosy dinner for two; a romantic cruise on the Thames?  Or…a weekend away in Dorset with 25 other Z1 zealots?  No contest!

After a tediously slow journey from Buckinghamshire, with a sigh of relief we eventually turned off the dreaded A31 towards Weymouth and, as the seagulls wheeled and called overhead, a distinct holiday feeling settled over us.  But as we approached Portland, a mist descended which deepened as we climbed up the hill towards our hotel.  And there was the Maritime Hotel, shrouded in dense fog, looking every bit like a prison and a suitable setting for a murder mystery weekend – had we been duped? We discovered later that the hotel is housed in the ex-MOD buildings of the Admiralty Underwater Weapons Establishment, which is why it appeared so forbidding.

However, inside, the hotel was smart and comfortable and we were warmly welcomed by the lovely staff.  And as the Z1ers gradually drifted in, a party atmosphere kicked in.  Of course, the small talk was seriously technical: do you have magnetic jacking point blocks?  What’s the correct tyre pressure for a Z1?  Had a great idea – a carbon front wing panel, stronger and won’t crack; problem was, it didn’t fit! 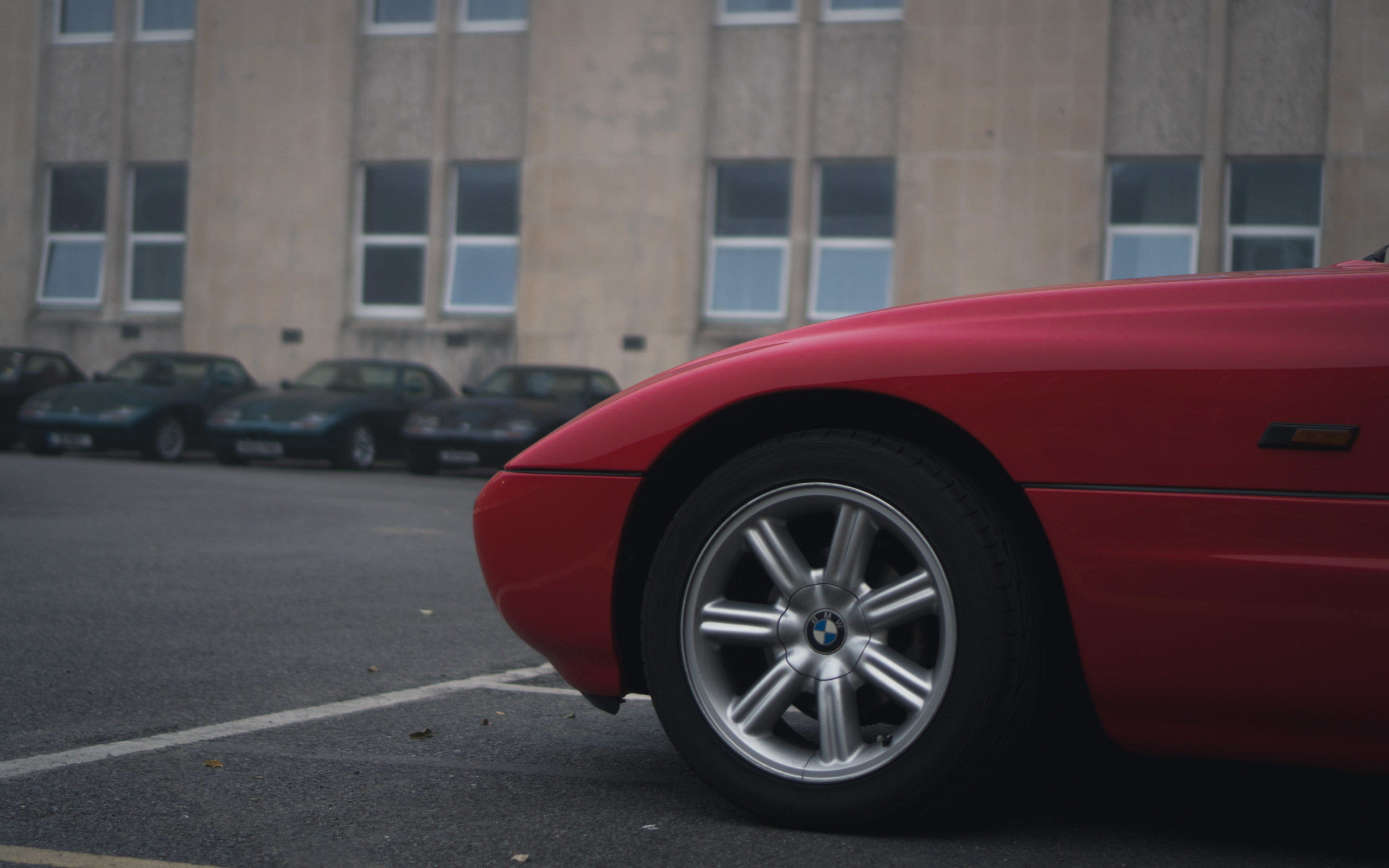 Next morning the gods were with us and we awoke to brilliant sunshine. Ah – so we did have a sea view.  After the obligatory full English, we convened to head out to the first venue: Portland Bill Lighthouse.  It was an emotional sight as fifteen Z1s set off in convoy, four red, seven green, three black and one blue, doors down, of course.  And to see them parked, in perfect symmetry, below the lighthouse was absolutely stunning.  Cue more technical discussions: maintenance of the leather work – which cleaners are most efficient?  The fitting of speakers, conceal or reveal? How to stop the rear window creasing with the hood down? Try Rob’s ingenious device -rather like a small fabric draught excluder.  How to effect a temporary repair on a broken front bumper bracket?  Tie wrap!

Let the Jurassic Tour begin!  We weaved our way down towards Weymouth and then left on the road to Bridport and up to the Hardy Monument (he of the ‘Kiss me, Hardy’, not the novelist!)  A 72-foot-high monument, designed to look like a spyglass, on the summit of Black Down; from here we had amazing views of the Dorset Coast and countryside. 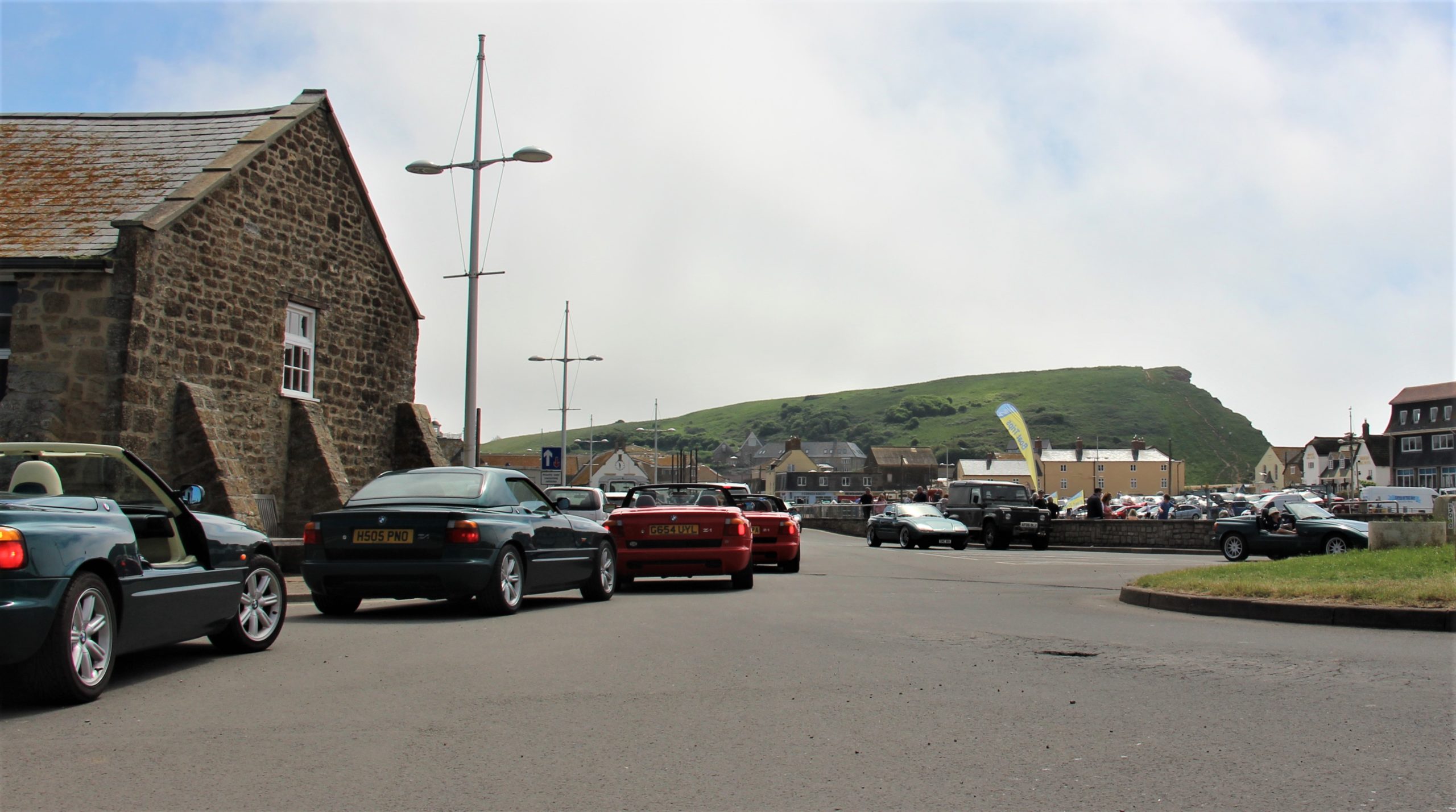 Time to move (we had a very full itinerary) and we travelled on through some very picturesque villages, Abbotsbury, in particular – hailed as ‘the landscape of Thomas Hardy’ (he, the novelist!)  From there we drove to West Bay Harbour in Bridport, where we treated the amazed holiday makers to a spectacular parade as we circled the marina roundabout.

If you want to read more about the Z1 tour become a club member to receive this month’s edition of Straight Six. Non-members can join here, and club members keep your eyes peeled for this month’s magazine…. 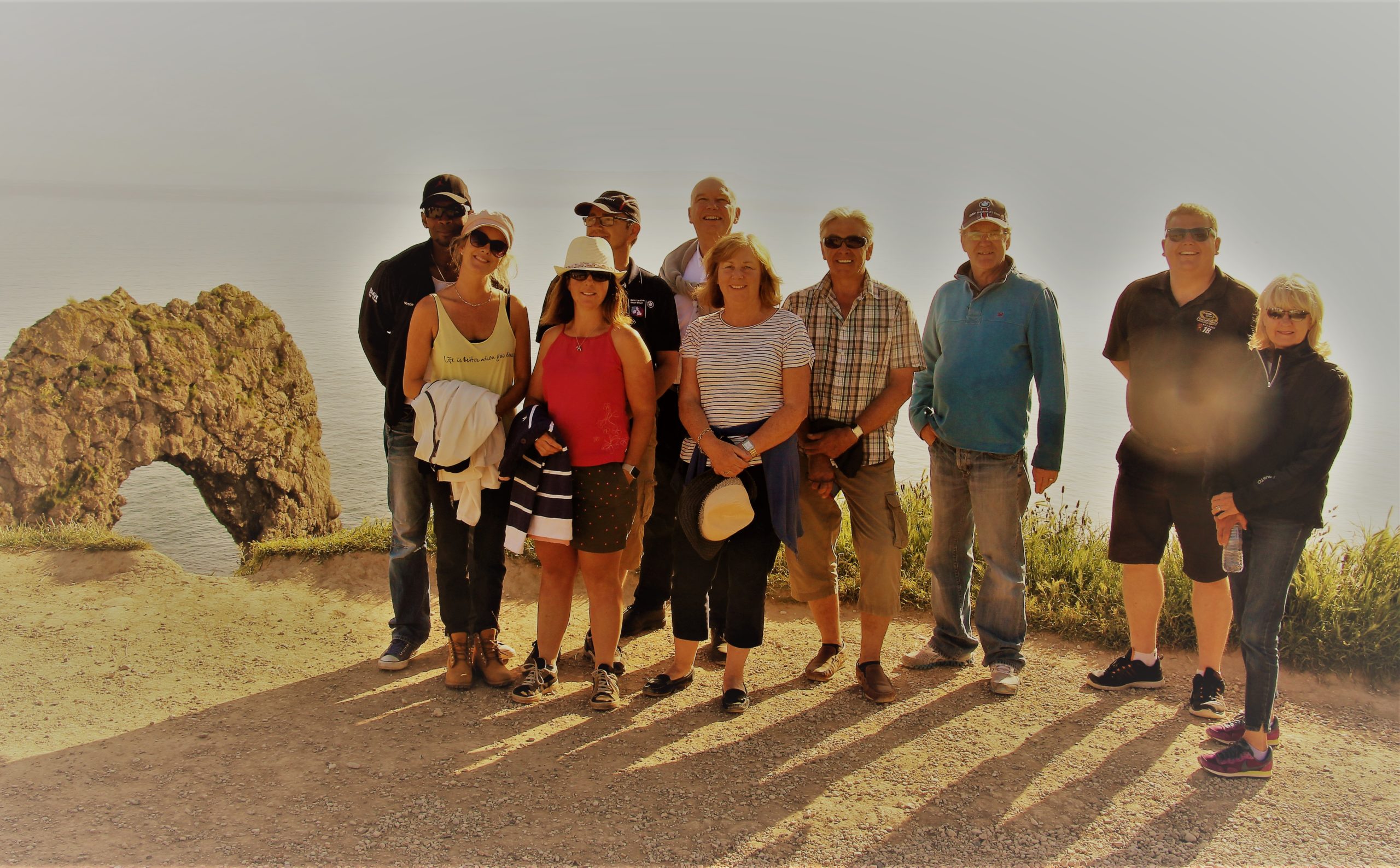 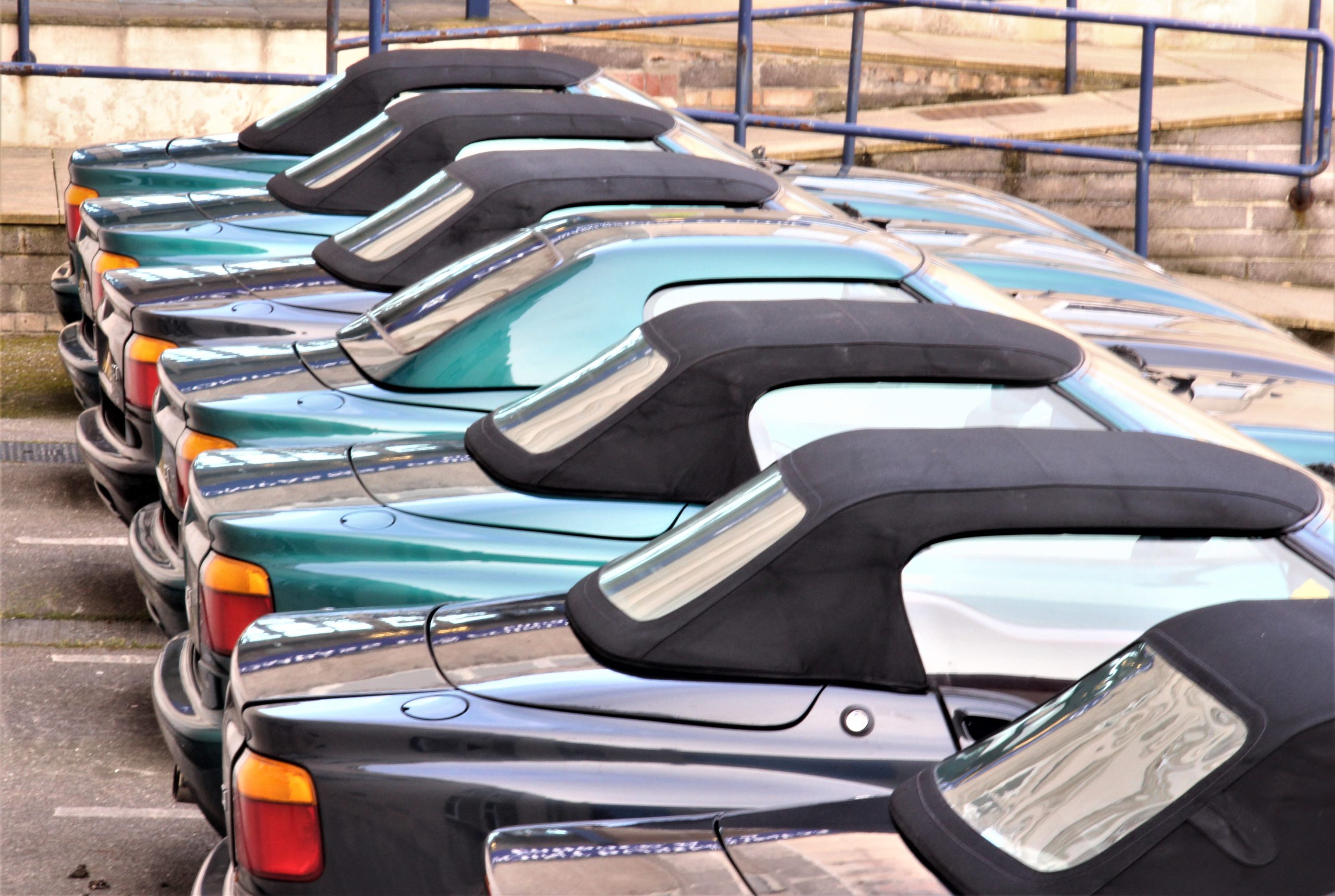 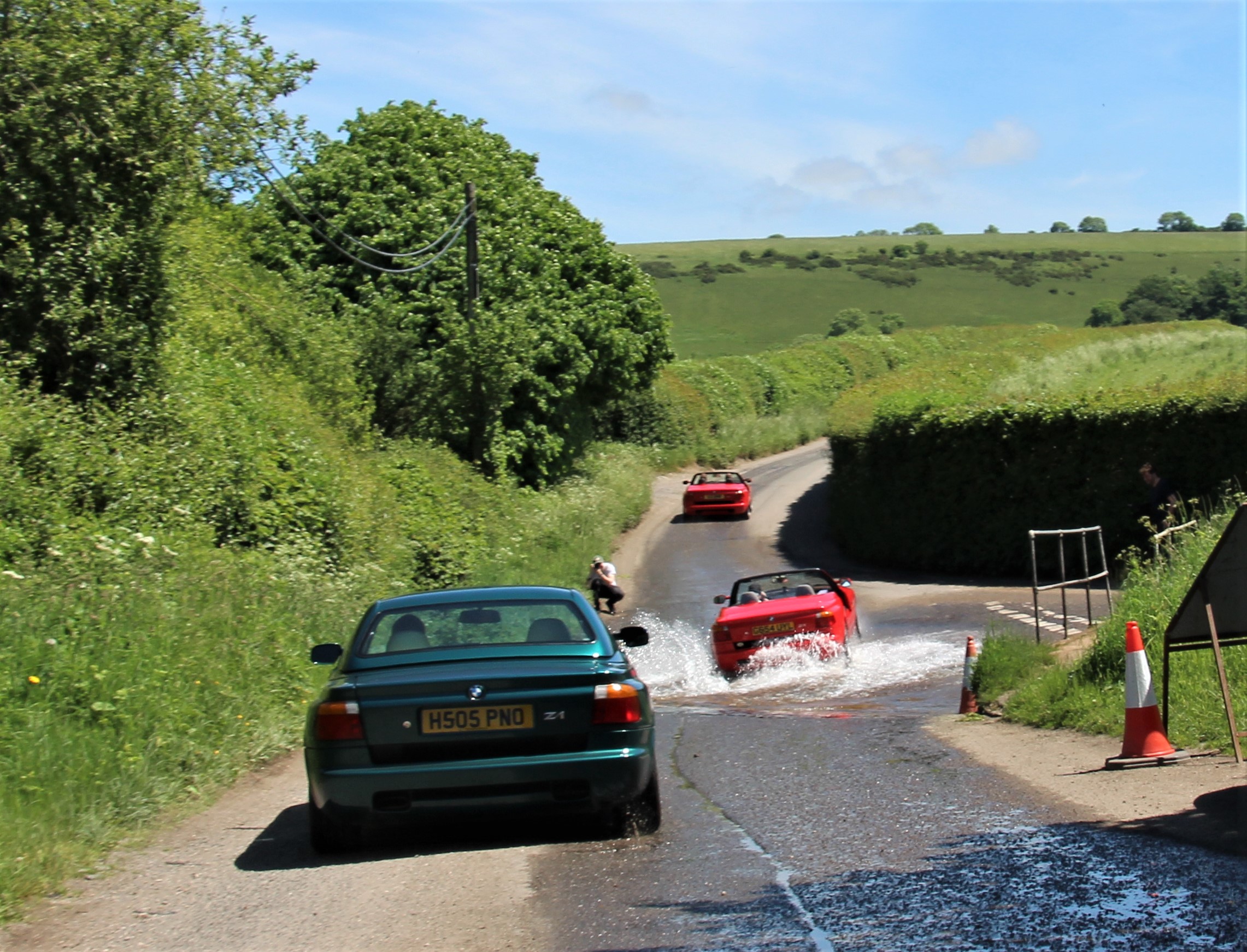