BMW returns to Le Mans – with the world premiere of the new BMW 8 Series Coupe. 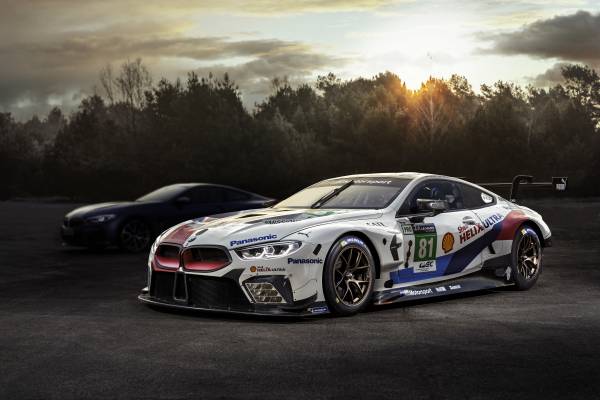 Munich. 24 hours and a great moment: On the eve of the legendary long-distance race at Le Mans, France, BMW will open a new chapter in the brand’s fascinating sports car history. On 15 June 2018, the countdown to the 24-hour Le Mans race will provide the perfect framework for the world premiere of the new BMW 8 Series Coupe. The new luxury sports car was developed parallel to the BMW M8 GTE with which BMW Motorsport will again take to the Le Mans starting grid the next day for the first time since 2011.

In the second round of the FIA World Endurance Championship (WEC) 2018, BMW will be fielding two BMW M8 GTEs. These racing cars already demonstrated their potential at the season opener in Spa-Francorchamps, Belgium, and the US-American IMSA WeatherTech SportsCar Championship. This will now be followed by the debut of the production model, the drive and suspension technology of which benefits tremendously from the experience gained from motor racing. Profound motorsport expertise is concentrated in particular in the new BMW M850i xDrive Coupe, which offers outstanding dynamic handling characteristics thanks to a new V8 engine, intelligent four-wheel drive, controlled rear axle differential lock, Integral Active Steering, adaptive M suspension technology Professional featuring Active Roll Stabilization and 20-inch light alloy wheels boasting high-performance tyres.

“There isn’t be a better setting for the world premiere of the new BMW 8 Series Coupe than the 24-hour race at Le Mans,” says Klaus Frhlich, board member of the BMW AG, Development. “The race is a pure demonstration of passion, dynamics and long-distance capability. These characteristics define our new sports car in a special way.”

The broad spectrum of the driving experience reflects the unique character of the new BMW 8 Series Coupe within its competitive environment. Spontaneous power delivery, captivating agility and the highest degree of precision in extremely dynamic driving situations underscore the sports car’s race-proven personality. The new BMW 8 Series Coupe is equally as convincing in the role of the sovereign cruiser that pampers its passengers not only with ride comfort on long stretches of motorway or on country roads, but also with its modern luxury ambience and high-class equipment features.

Therefore, the world premiere of the BMW 8 Series Coupe in Le Mans is also giving an especially emotional go-ahead for the brand’s current model initiative in the luxury class. The increased presence in this segment is one of the fields of action defined by the BMW Group in its NUMBER ONE > NEXT strategy. With the market launch of the new BMW 8 Series Coupe, which will begin during the course of 2018, the highest standards at the top of the model range in terms of dynamics and driving culture will be fulfilled.