The success of the BMW 5 Series continues 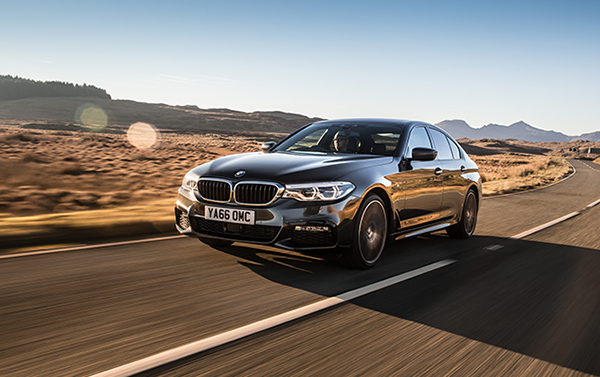 BMW has continued its winning streak at the What Car? Awards for 2018. Building on the success of last year’s Car of the Year award, the BMW 5 Series Saloon has taken home the awards for the Best Luxury Car for the second consecutive time.

The BMW 5 Series beat the competition thanks to its comfortable ride and quality, innovative technology, low emissions and price.

At the awards, What Car? judges, said: “Last year’s Car of the Year remains plush and comfy enough to worry cars which cost twice as much. BMW’s iDrive system helps here, too, as it’s one of the most user-friendly set-ups around.”

Launched in 2017, the BMW 5 Series Saloon features the very latest technology from within BMW and is more refined than ever before, significantly lighter, safer, and more fuel efficient.

In addition to the outright accolade, the BMW 5 Series Touring model received a price point plaudit in the category of the Best Estate Car for more than 25,000.

Commenting on the win, What Car? judges, said: “The 5 Series Touring is one of the most complete cars money can buy – spacious, comfortable and great to drive. This 520d offers class-leading refinement, and you get plenty of kit even on SE models.”