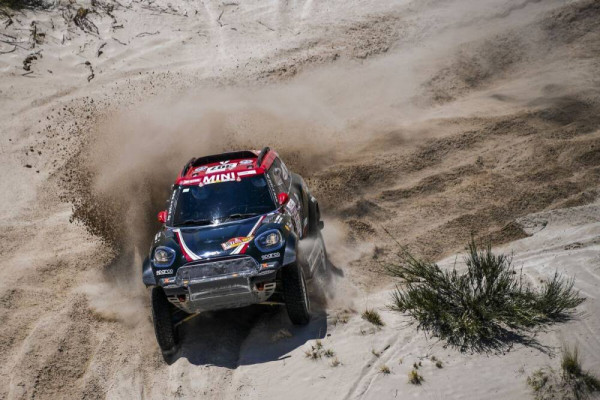 The Dakar Rally celebrated its 40th running in January 2018, with the usual assortment of cars, bikes, quads and trucks tackling the epic fortnight long race through the South American dunes. The 2018 edition of the Dakar was particularly tough, with many seasoned competitors calling it the toughest Dakar ever.

The Dakar is, without question, the most brutal and challenging motorsport event on the planet. It’s the kind of event where even crossing the start line is the realisation of years of struggle and challenge to just be there; just finishing remains but a dream for many, let alone competing well and taking a podium finish.

The physical toll endured by the competitors and their support crews is almost unbelievable unless you’ve actually done it. The stages are several hundred kilometres long, with competitors often racing from dawn until past sunset without rest, as they cross entire deserts and some of the most uninhabitable terrain in the world in the worst of the summer heat.

In this world of instant communications, we are able to keep up with the Dakar on an almost up-to-the-minute basis, but this doesn’t lessen the challenge for competitors one bit. Many of the competitors and their crews likely had no more than two or three hours of broken sleep per night, for the entire duration of the rally. To even complete the event is a major accomplishment; to do well is something else again.

The new Buggy allows Mini to enter this outright class for the first time. The turbo diesel BMW inline six engine, producing 340bhp and 590 pound-feet of torque, is the same as that used in the regular Rally model, but drives just the rear two wheels. The Buggy’s tubular steel chassis is clothed in a carbon/kevlar body, and its lighter weight, increased agility and more advanced suspension design contributes to an improvement in speed of around three seconds per kilometer. When you’re racing up to 600km per day for two weeks, that’s adds up to a lot of time.

It was a tough event for Mini, whose highest placed finishers were Boric Garafulic (CHI) and Filipe Palmeiro (POR) in a John Cooper Works Rally in 13th place. WRC star Mikko Hirvonen (FIN), with Andreas Schulz (DEU) calling the notes, brought the new Buggy home in 19th place, followed in 20th place by the Rally of Orlando Terranova (ARG) and Bernardo Graue (ARG). The results highlight just how tough this event can be, where even a major manufacturer team with seven cars is not guaranteed of a solid result. Remember, only 55% of the cars that started the rally commenced the final stage. There’s nothing else like the Dakar on the planet.

One of the highlights of the Dakar is always the spectacular imagery and video footage captured by the team of professionals who follow the event. Jumping in and out of helicopters, driving huge distances and trekking through the desert is just part of the work undertaken by these professionals, and the media to come out of the Dakar is consistently top-notch.

Here are our favourite Mini images from the 2018 rally – all credit to Dakar.com/DPPI Images 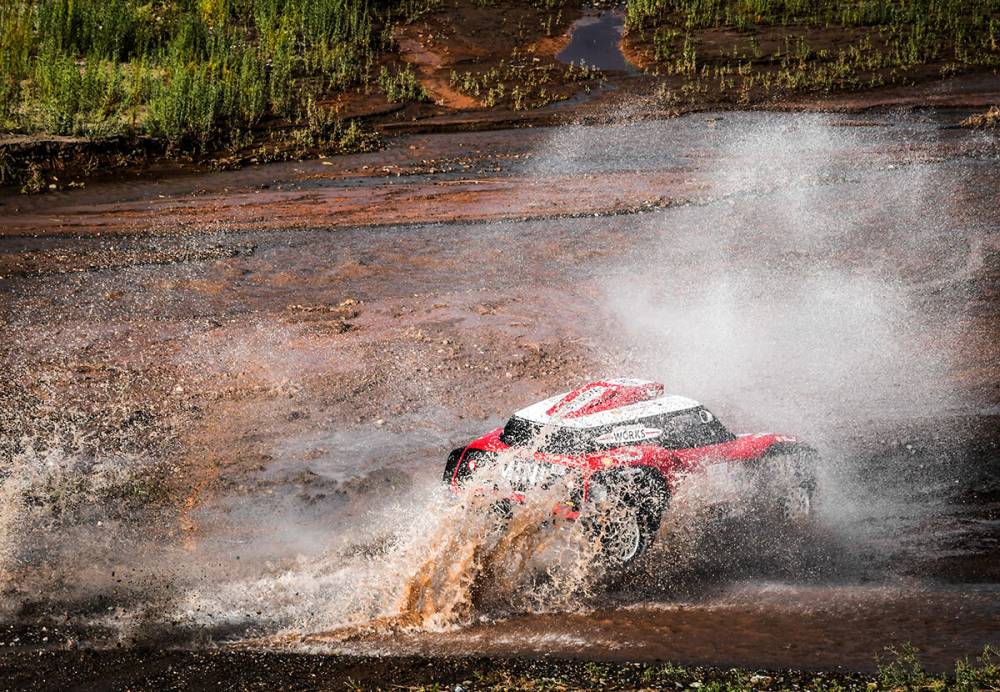 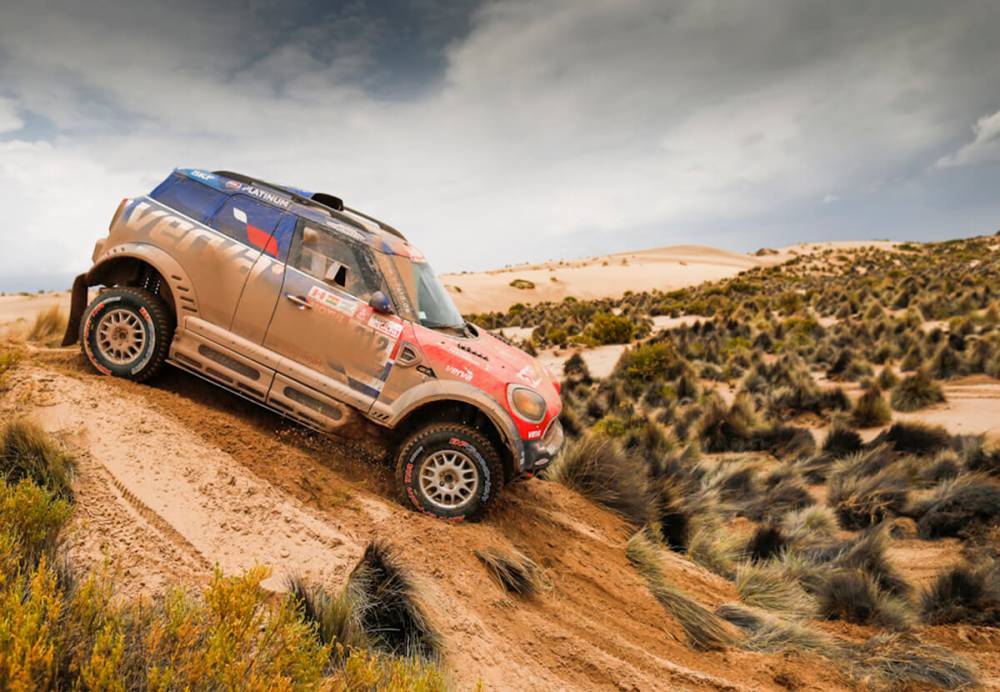 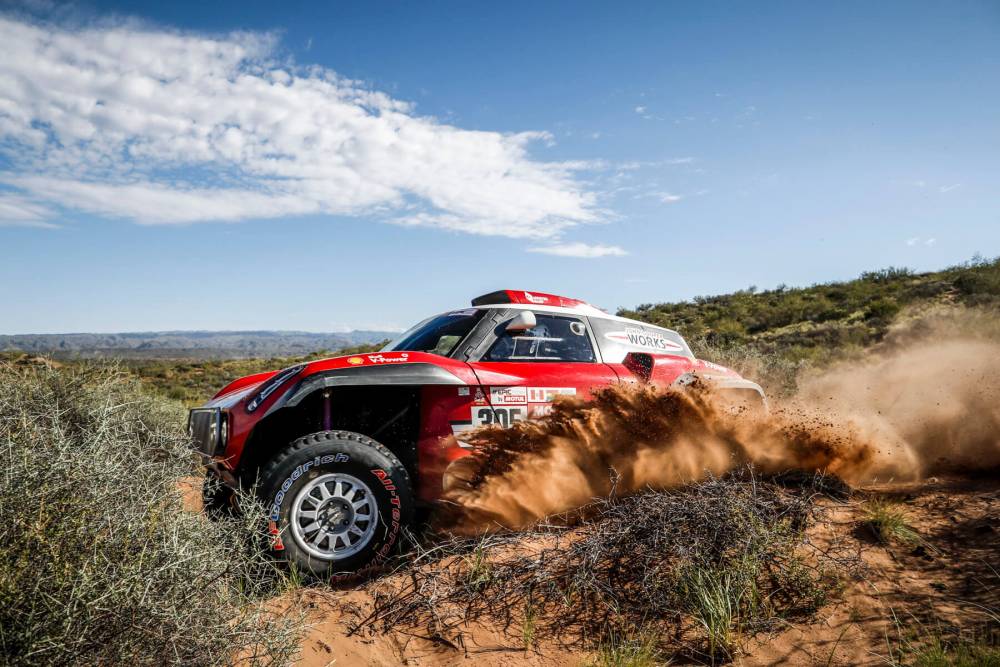 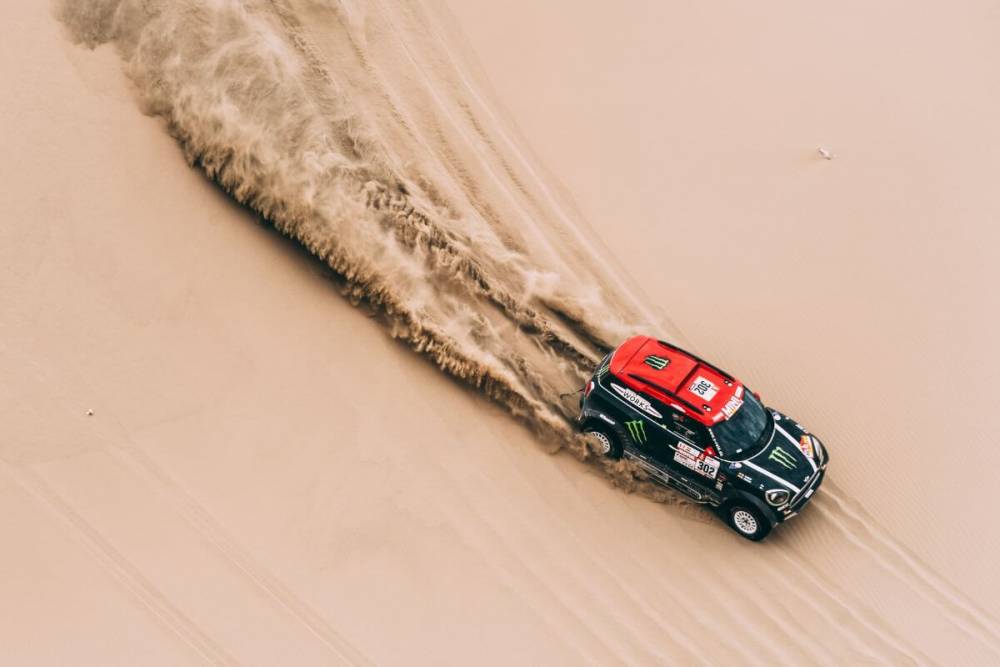 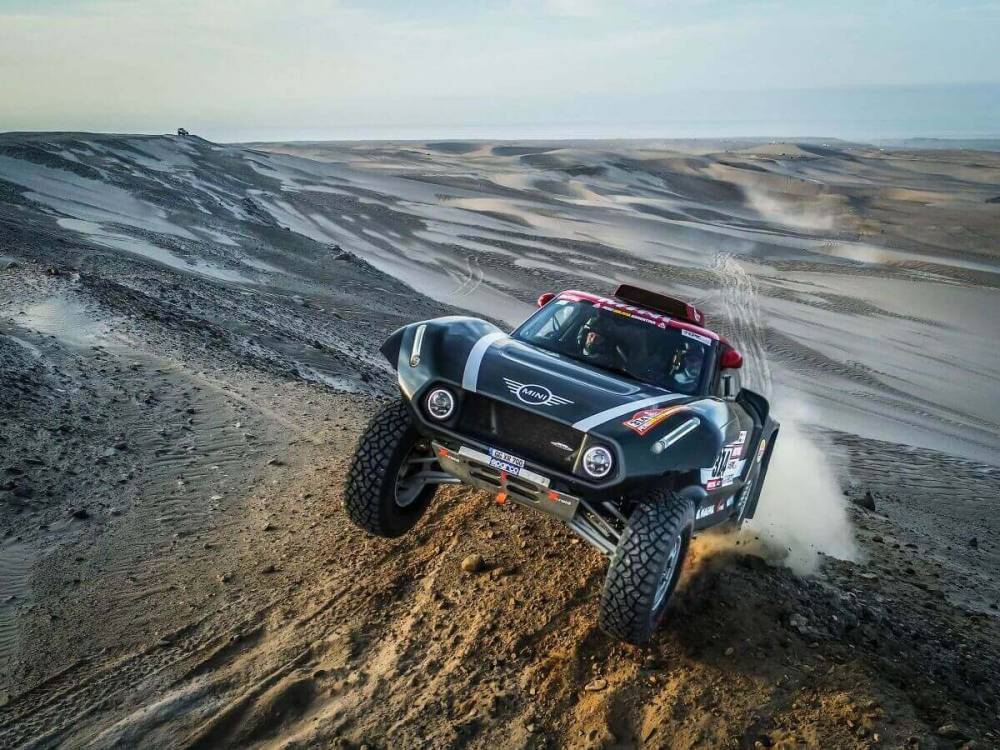 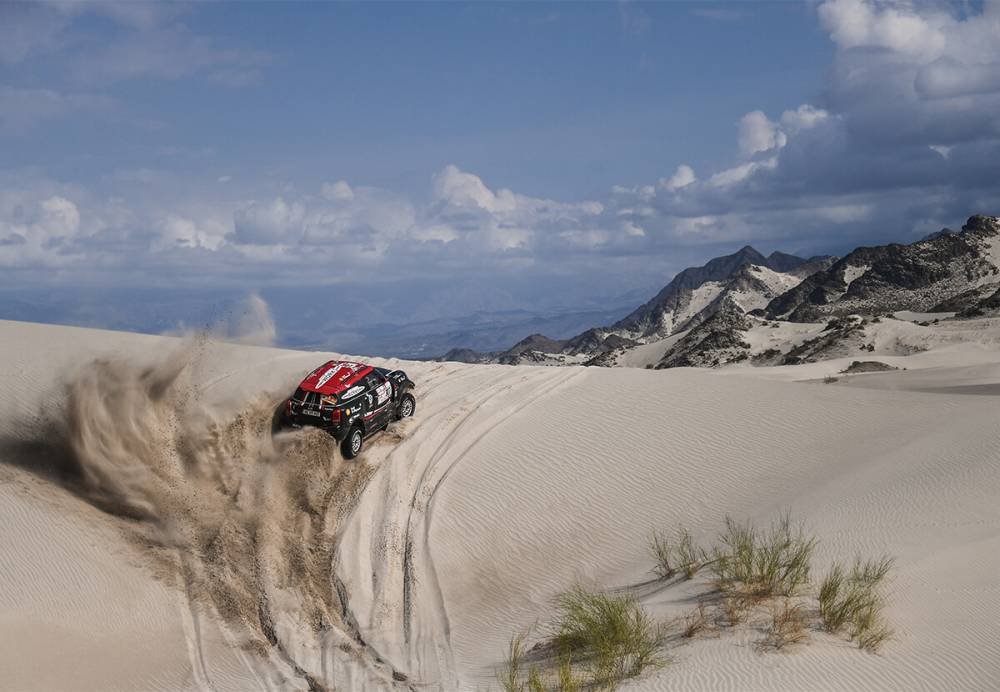 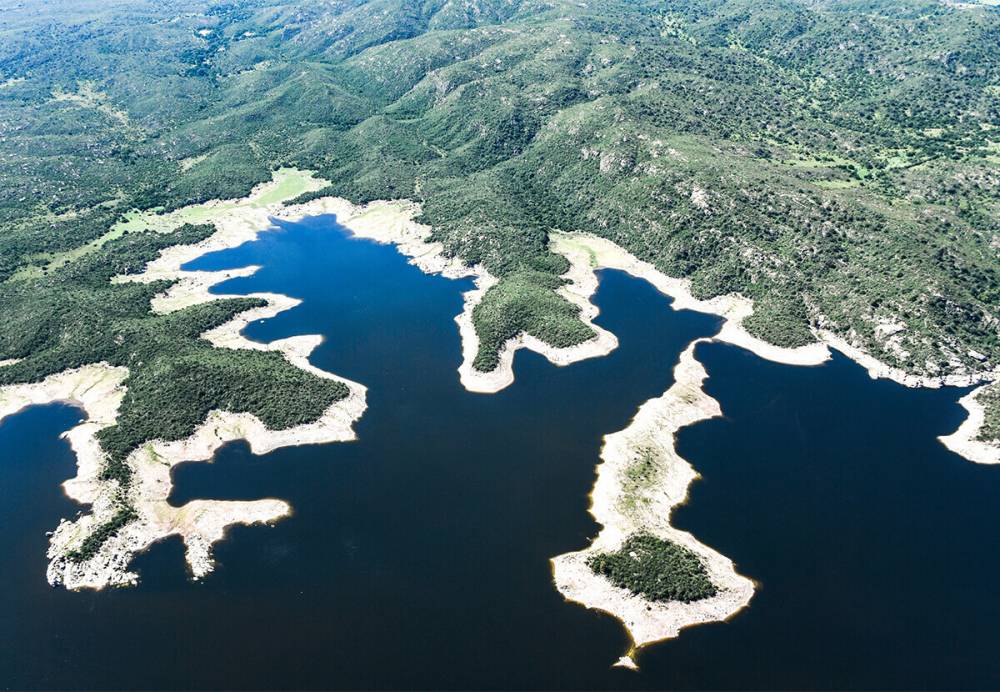 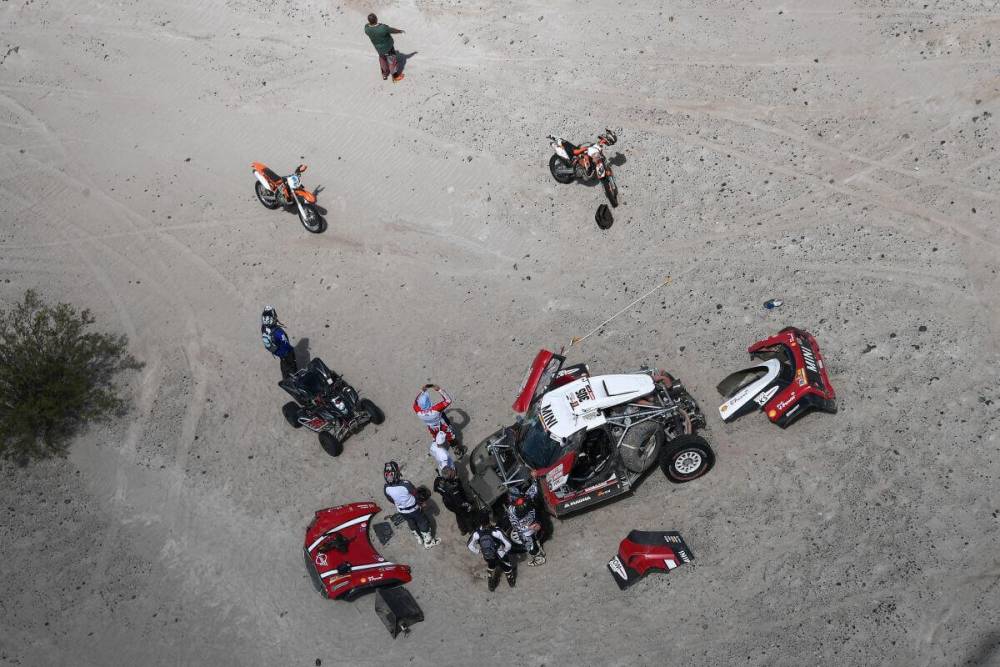 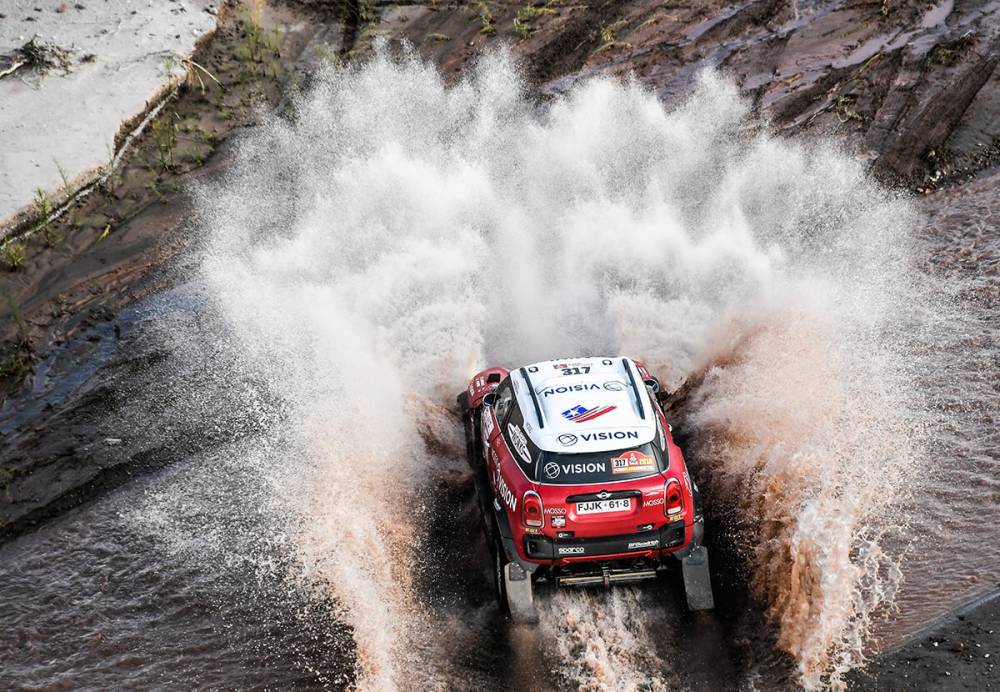 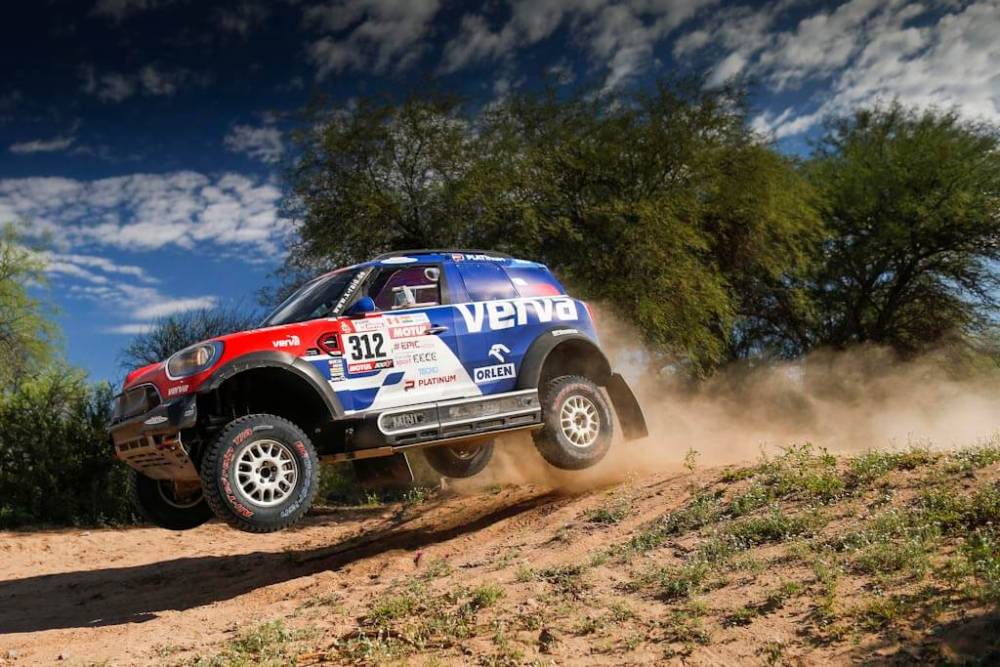 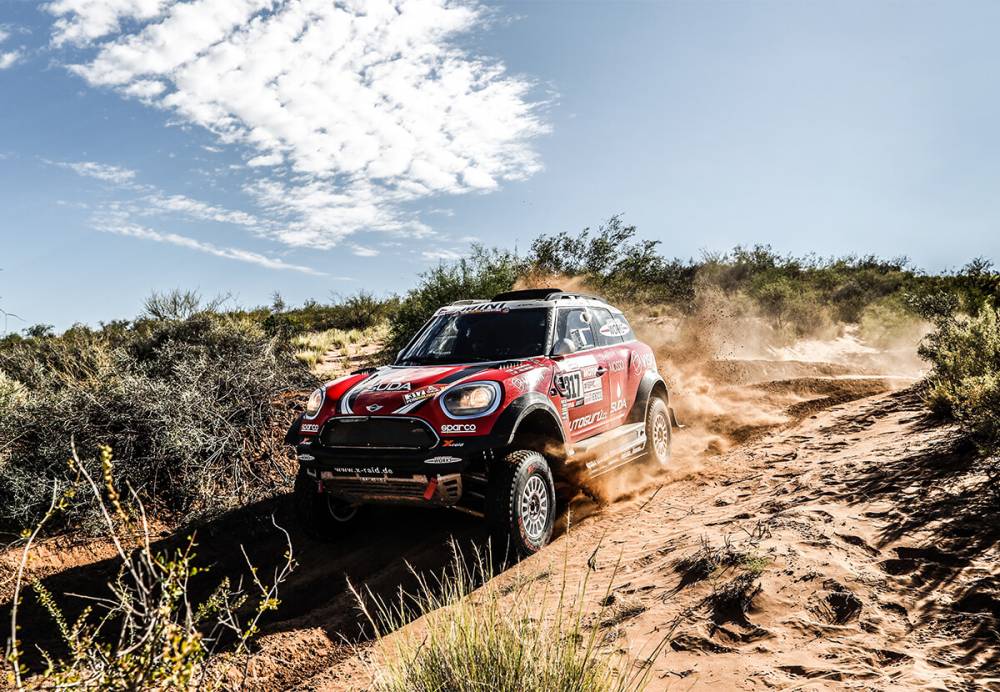 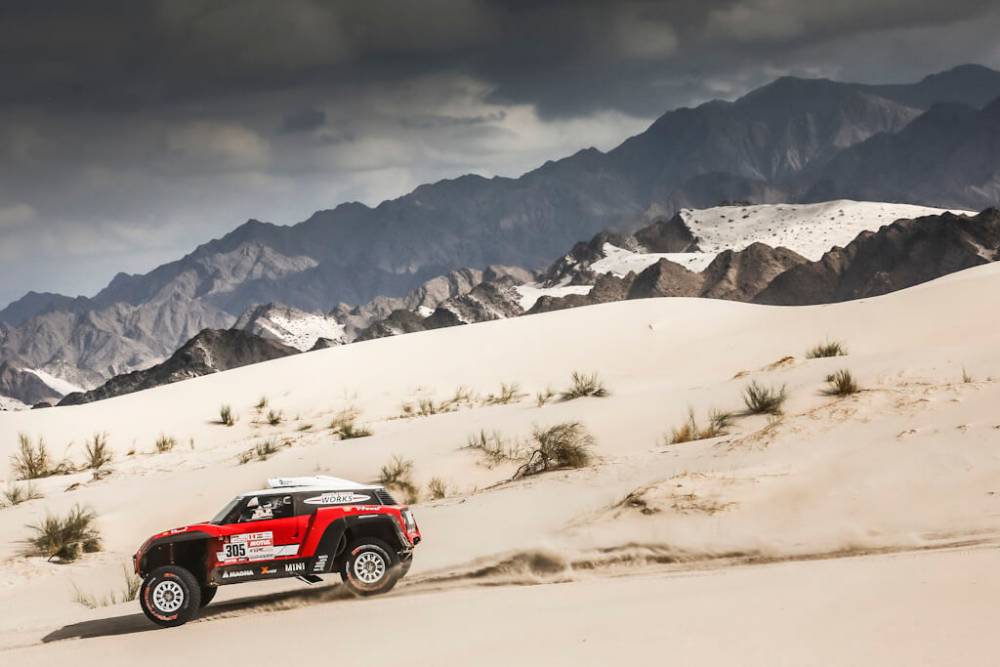 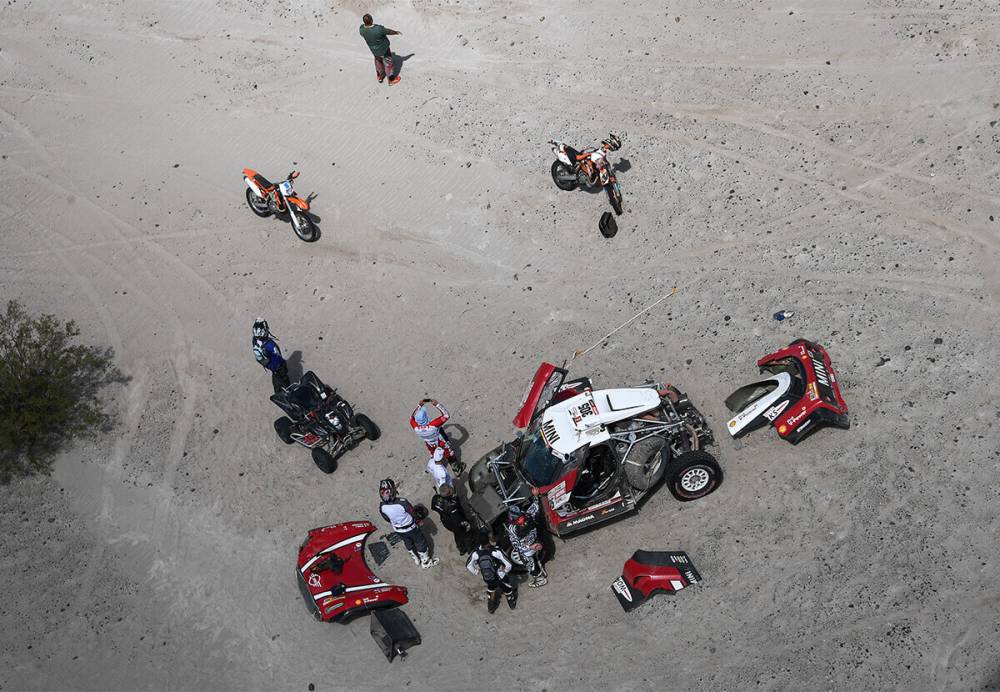 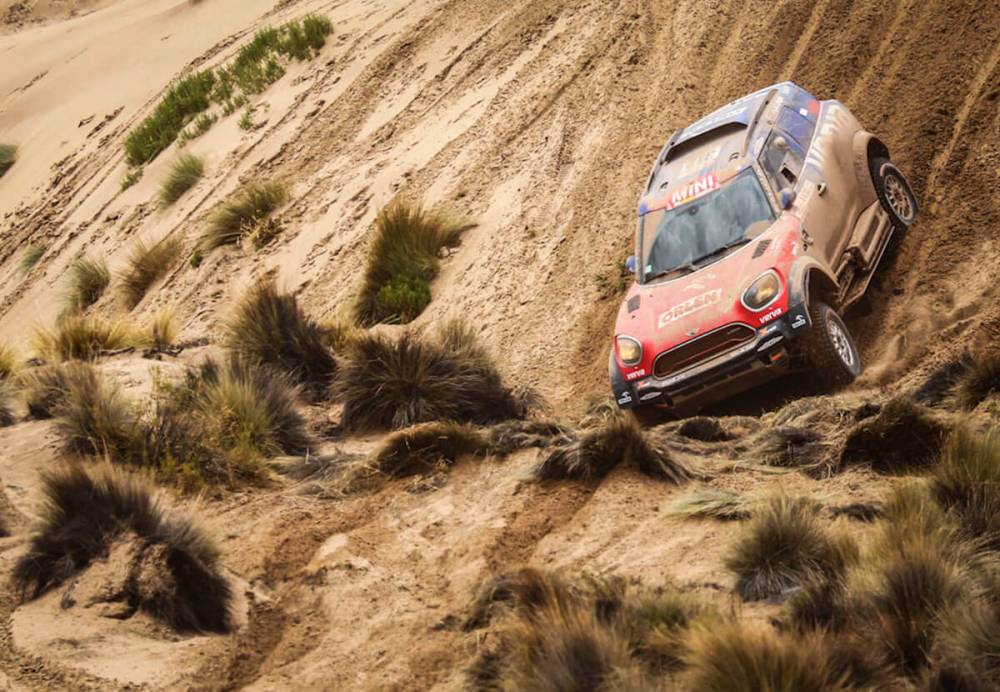 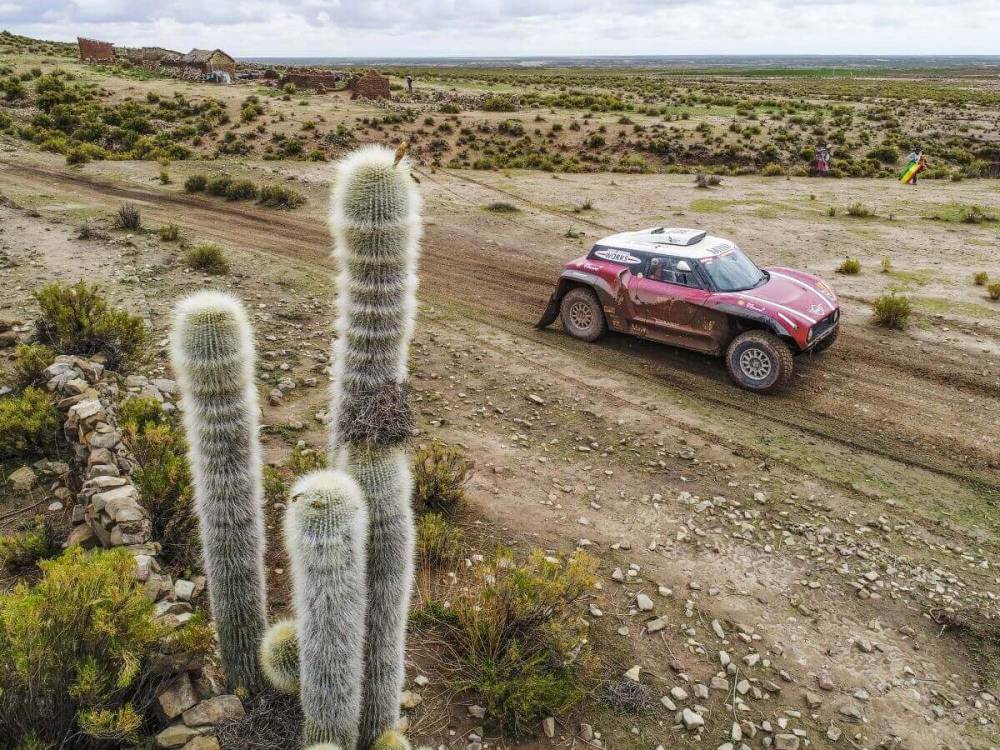 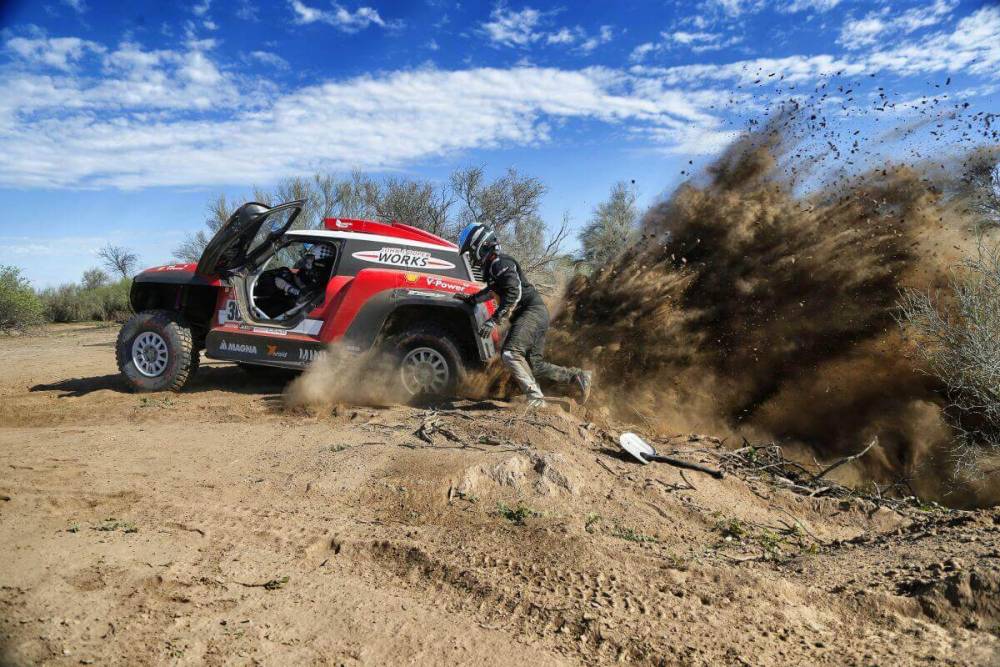 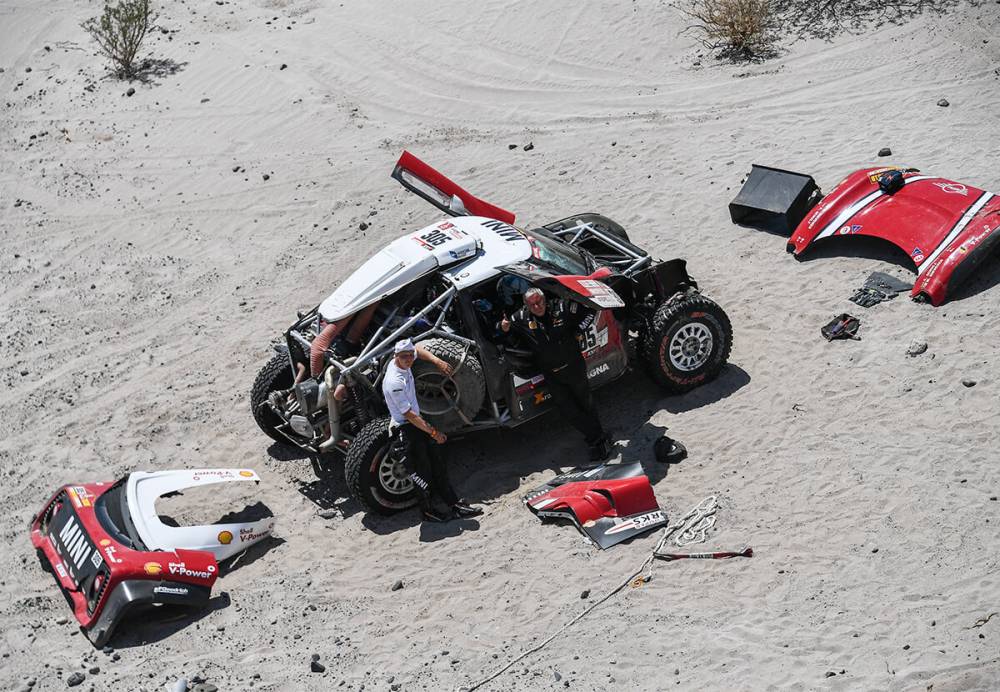