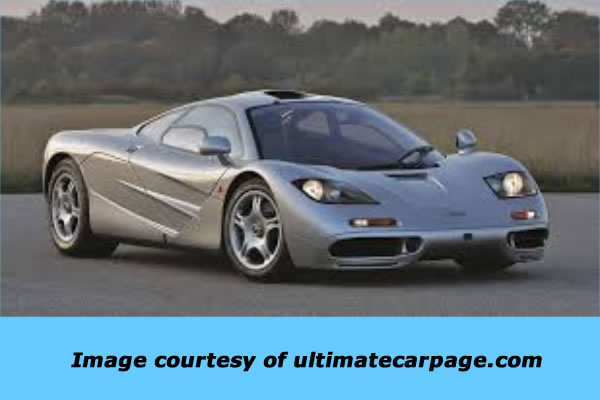 Sometime over the Christmas holidays, somebody asked me if money were no object what car would I buy. My response, without hesitation was a McLaren F1, designed by Gordon Murray and produced between 1992 and 1998 with an uprated version of BMW’s V12 engine.

For me it’s the supercar that does everything supremely well, and I try to put out of my mind Rowan Atkinson twice crashing his McLaren F1 and incurring what is thought to have been the largest-ever single car insurance claim. Rather I still smile at the apocryphal story of the late, great Paul Rosche calling Gordon Murray on the telephone. Supposedly the call went along the lines of Rosche saying to Murray (imagine with a thick Bavarian accent), “Well I have good news and I have bad news!” Go on, says the South African Murray. “The good news is that your first engine is ready, the bad news is that it is not producing the 500 horse power that you wanted…” Murray, cuts in and understandably asks what output Rosche has recorded on BMW M Division’s dynamometer… “Six hundred and twenty seven horse power, ha ha, German joke!”

Now, I’m sure that I’ll never own a McLaren F1, and I’ve only seen one ‘in the flesh’ parked by the grandstand at Silverstone in 2012, but I just came across the YouTube video on the attached link. OK, the sound sync seems to go a bit wonky towards the end, but it’s probably the nearest I’ll get!

Turn the sound down to 40% before clicking this link.

You have been warned!