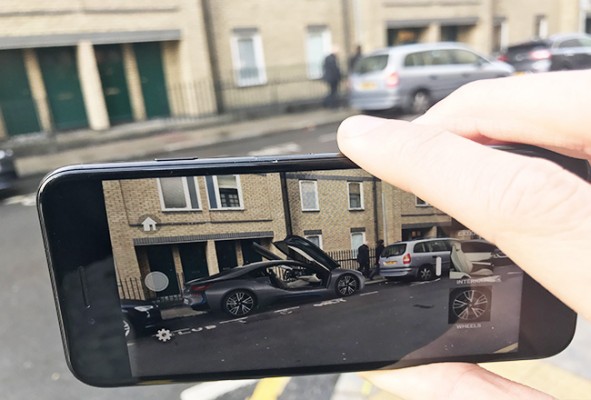 BMW has just launched their first Augmented Reality App, which allows prospective buyers to place the new BMW of their dreams onto their own driveway or into their garage… as long as the BMW of their dreams is an i3, i3s or i8, and they have an Apple iPhone 6s or newer running iOS11, of course.

We jest, but it’s actually a really fun and interesting app and acts as an insightful (and somewhat scary) pointer to the augmented reality future that we all face. You simply find any flat space (car park, garage, neighbours garden, on top of your cat etc) and the App ‘parks’ an i3 or i8 there. Looking through your phone screen, you can then walk around the car, and you can even open the doors and hop inside. You can switch on the lights and radio, and can even pop the boot for a look inside. What’s more, the cars are fully configurable which enables you to pick colours and interior finishes to build your i3 or i8 to your exact tastes. 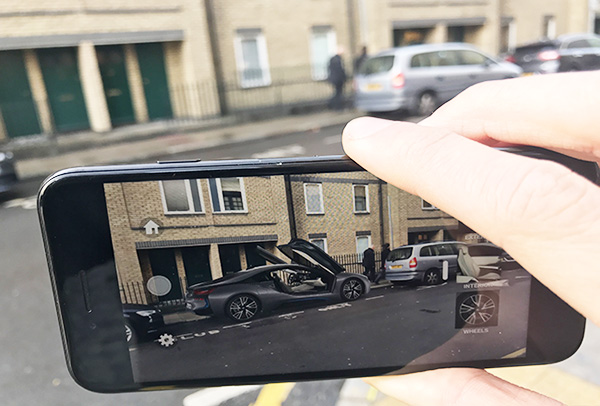 Of course, you do need to be a little careful when using the App in a public space. For starters, you get so absorbed in the technology that it’s actually really easy to step out in front of a moving vehicle. And secondly, for anyone who doesn’t know what you are doing, you look like a bit of a twat walking around in circles with your phone outstretched before you. And we wouldn’t call it completely glitch free, either. Although the grossly oversized i3 we once encountered parked on a street of otherwise regular sized cars was quite entertaining.

The App is a little gimmicky right now, but it does provide a startling insight into the future of the technology, and we’re convinced that the technology will rapidly develop from here. It won’t be long until all of BMW’s models are added, and we’re sure that other major manufacturers can’t be far behind. When combined with a set of VR goggles, it would likely provide a totally immersive and realistic way of configuring a new vehicle.

And given how the augmented reality technology which supports it comes direct from Google’s ‘Tango’ project, who knows where it will end? Maybe future apps will be underpined with Google Maps and Google Street View, and you’ll be able to hop into your ‘new’ BMW and take it for a spin around the block? Either way, we’re convinced that this app very much represents the thin end of the wedge in respects to augmented reality and the presentation of new cars.

It’s well worth downloading, especially given that it’s free. If you have an iPhone 6s or later, or 2017 model iPad, head to the App Store and search for ‘BMW i Visualiser’.