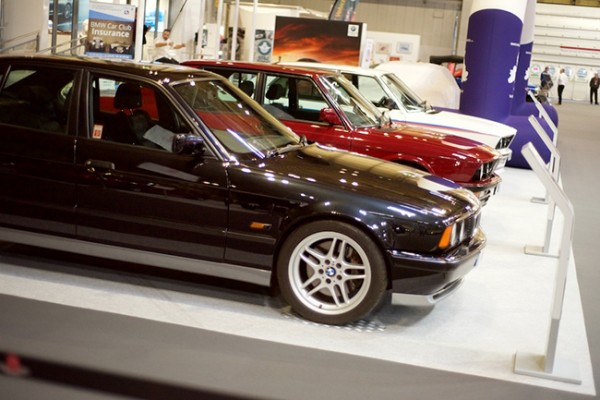 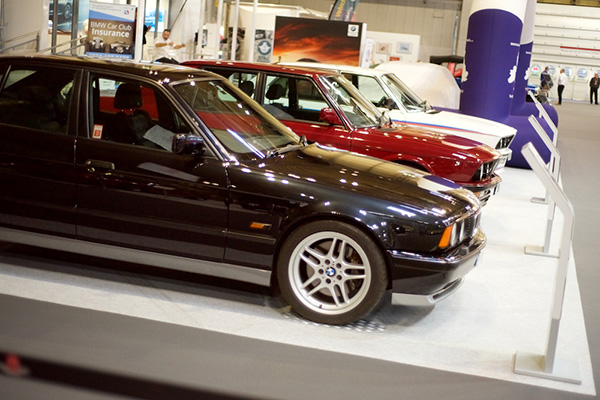 The BMW Car Club GB was represented at the recent NEC Classic Motor Show by a display of six BMW M5s spanning the entire history of the model. The cars sat proudly on a club display that not only included the first UK showing of the recently launched F90 generation M5, but also featured a member’s hospitality area, official club merchandise sales and information for new member signups. In this post we take a quick look at the club presence at the show, and a look at each vehicle on display.

A reported 70,896 people attended over the three days, providing fantastic exposure for the club at the Nation’s biggest classic car show. The BMW Car Club was joined by a further 256 clubs and 650 exhibitors, who filled the 92,903 square metres of floor space with just over 2,500 cars. The show was jam-packed with excited attendees all weekend, and at times such was the crowd that it was difficult to even get a clear look at the cars.

The theme for the 2017 show was ‘family ties’, with clubs and traders encouraged to plan their displays accordingly. Few brands are better placed for this than BMW, whose M5 has led the way in providing supercar challenging performance that the whole family can enjoy since 1985. 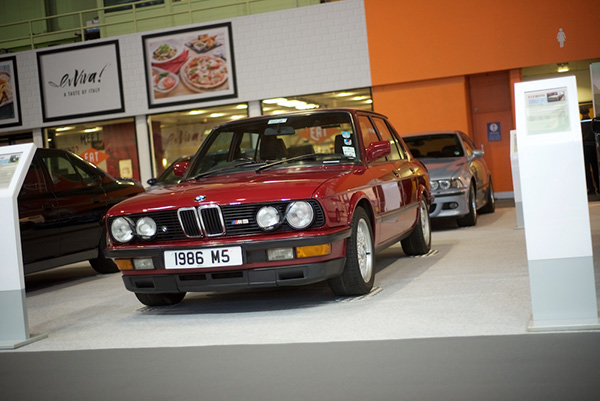 The earliest badged M5 was Keith Bridge’s E28; an extremely rare car in original condition – it was the only example of the 187 official UK imports to be painted in the distinctive shade of Carmine Red. Alongside it sat an E12 M535i, wearing brilliant Motorsport striping down its full length. 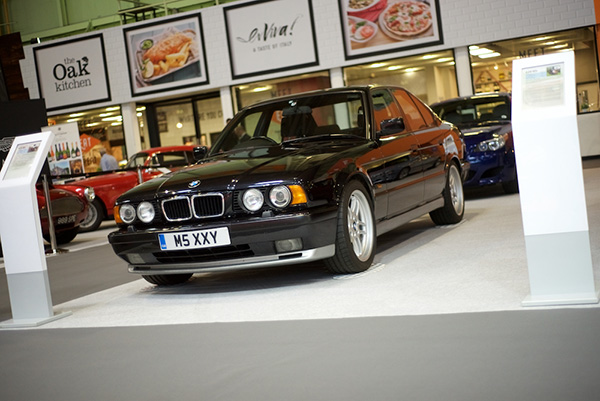 The E28 was joined on the front row by the E34 M5 of Kevin Payne. Despite its carefully maintained original condition, Kevin isn’t afraid to use his M5 and it has seen several road trips to the Continent, and a few careful laps of the Nurburgring Nordschleiffe, too. These types of trips are exactly what the M5 was conceived for. 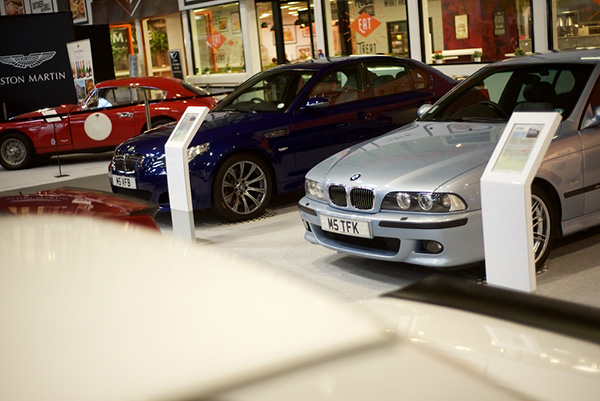 Sitting behind was the Silverstone Metallic E39 M5 of Richard Stern, a car which proudly sees regular and extensive use. Even still, Richard says it is still as tight and rattle free as the day it first left the showroom. 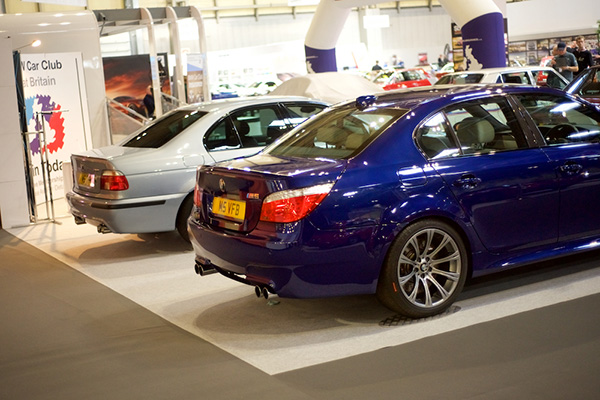 BMW’s slightly manic, screaming V10 era was represented by the Interlagos Blue E60 of Martyn Goodwin. His M5 is not a daily driver, and is reserved for those times on weekends when he can indulge in the senses of driving such an exciting super-saloon.

As mentioned above, the latest era of M car was represented by the brand new F90 M5. Its twin turbocharged V8 now makes 591bhp, which for the first time is delivered to the road through an X-Drive all-wheel drive system.

It provided an interesting talking point all weekend. Enthusiasts, both BMW owners and otherwise, constantly surrounded the car and gave their detailed thoughts as they pored over it and inspected it for the first time.

It was great to have the whole M5 family together for the weekend. Thank you to all club volunteers for their assistance and enthusiasm, and to the owners for providing their vehicles. 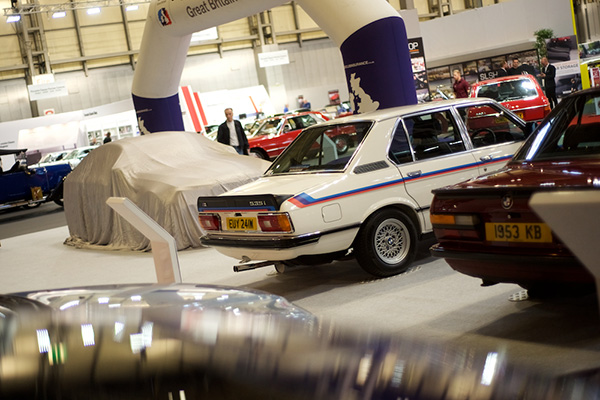