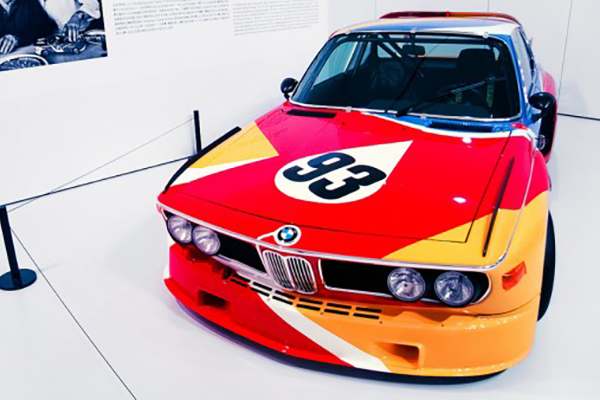 No matter where you look, motorsport is full of people using creative ideas to take advantage of rules and regulations. Arguably, this is most highly concentrated in production based racing, where series organisers do their best to ensure relevance by making sure that manufacturers are racing cars that people can actually buy.

Obviously, there are a lot of differences between road and racing cars. But often, there are lots of things that can be done to a road car to make it more ideal for racing, and so long as this version can be sold to the customer, everybody is happy. This concept is called the homologation special, and over the years has bred some of the most exciting cars to ever wear registration plates.

BMW Motorsport has a proud history of building road going homologation specials. In this post, we take a look back at four of the rarest. 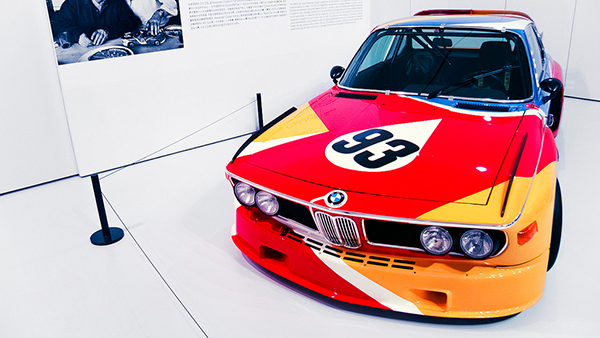 You can be assured of iconic status when the public give a car a nickname and it sticks. Indeed, BMW never made a Batmobile. But they did make a 3.0CSL, and it was a homologation special in the truest sense of the term.

Taking the E9 series luxury GT coupe as base, BMW embarked on the tried and true approach of increasing performance by reducing weight. The shell was manufactured from thinner steel. The doors, bonnet and boot lid were made from aluminium. The side windows were made from Perspex instead of glass, and all unnecessary interior trim and sound proofing was removed.

At the CSL’s 1972 launch, the engine was almost identical to the 3.0CS on which it was based, but an updated version in 1973 saw the introduction of a slightly larger 3153cc engine. This update also saw the introduction of a more aggressive aero package consisting of front spoilers, rear wing, rear roof spoiler and those iconic fins on the top edge of the guards, which is when the 3.0 CSL earned its famous nickname. The full aero package was not legal for the road, so BMW delivered the cars to customers with the pieces in question sitting disassembled in the boot. Just in case the new owner wanted to hang them in the garage… you know.

The Batmobile was a great success on track, winning the European Touring Car Championship in 1973, and then every year from 1975 to 1979. It won its class at the 1973 Le Mans 24 Hours, and was raced across the Atlantic with success in the 1975 IMSA GT Championship. Under the careful paint brushes of artists Alexander Calder and Frank Stella, the CSL was also used twice in BMW’s iconic Art Cars series.

The M1 is the stunning result of a successful company making the best of a bad situation.

BMW were looking to enter the World Championship for Makes (today known as the World Endurance Championship), and contracted Lamborghini to design, develop and build a supercar that could be sold to the public in a quantity just high enough to be homologated for circuit racing in FIA Group 4 specification.

Despite the agreement, Lamborghini’s financial situation was rather precarious during that period, so BMW brought the job back in house before it properly got underway. The Giugiaro designed body housed the legendary M88 twin-cam six, fitted with six individual throttle bodies and producing 273hp.

To spur production and reach the homologation target, BMW coined the Procar BMW M1 Championship; a one-make series for modified M1’s, with several big-name stars behind the wheel. The championship was one of the most spectacular one-make series ever conceived, and was often the primary support race on the Formula 1 calendar. It was won by Niki Lauda in 1979, and Nelson Piquet in 1980.

By the time the homologation target of 400 cars was reached, the series had progressed to the more highly modified FIA Group 5 rules. BMW converted the Procar specification M1’s to meet the new FIA Group 5 rules, and various teams entered them in races around the world. However, they were unreliable and underpowered, and weren’t a match for the likes of the Porsche 935.

Ultimate success was never found, but a situation that could have ended in disaster was turned around. Rarely has a more iconic or beautiful car graced both road and track alike. 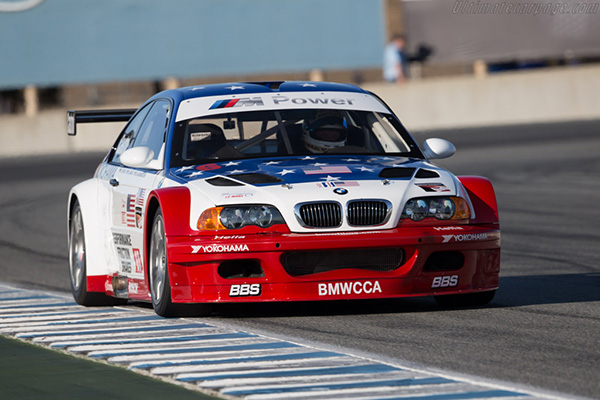 The US has always been an important market for BMW, and in the year 2000 they were competing in the GT class of the American Le Mans Series with the M3. The only problem was that they found the E46’s 3.2 litre six significantly outgunned in the power stakes by Porsche’s 3.8 litre 911 GT3.

The issue wasn’t simply capacity related, but was to do with the intake restrictor which was set at a category mandated 43mm. The restrictor’s effectiveness increases with engine revolutions – the more air that the engine requires as it spins faster, the harder it is for the engine to suck that air through the restrictor. Given how BMW’s straight-six is a naturally high-revving engine, and that Porsche’s larger capacity flat-six produced considerably more torque, BMW were effectively copping a double penalty. They needed something with more torque, and fast.

The idea was to fit the P60B40 3997cc V8 to the E46 M3. This engine was originally developed for use in the German DTM championship, and its 443hp and 354lb/ft of torque would be ideal in the fight against Porsche. BMW even found the perfect loophole to allow them to do it, and in the process created an exciting road going homologation special. The ALMS rules stated that a road going version of any competing car must be for sale on two continents within 12 months of the season starting. Crucially, it did not mandate how many examples must be sold.

BMW fitted a detuned version of the race engine to the road going E46 M3, creating the M3 GTR. At 250,000 euros a piece, sales were unsurprisingly sluggish, and only six cars were built. Three were used as development mules and were subsequently destroyed, and the other three were retained by BMW. But crucially, they were technically available for sale, and the ALMS rules were satisfied.

The result was startling, and the M3 instantly went from mid-fielder to pack leader. With it BMW won the 2001 ALMS, taking victory in seven of ten races in the process.

It wasn’t long until Porsche lodged a protest that the M3 GTR was not within the spirit of the production GT rules, and they probably had a point. For 2002 the loophole was closed, and the rules were changed to require the sale of 100 cars and 1,000 engines before the car could be raced. BMW could not meet this requirement, and although they had the option of continuing to race but with weight and power penalties, they elected to withdraw from the series.

There’s a strong argument to suggest that the McLaren F1 is the greatest car ever made. The Gordon Murray designed supercar was always intended to be the final word in driver involvement, but it was never designed to go racing. It was created to be the ultimate road car, and many would argue that it still is, even to this day.

At its heart was a BMW Motorsport sourced 6 litre V12, producing 618hp. Even despite the absurdly high specification of the vehicle it was fitted to, it is widely agreed that the BMW V12 engine is the highlight of the car. Those few lucky enough to have driven one speak highly of its crisp throttle response and spine-tingling noise.

McLaren actively discouraged racing the F1, but eventually a group of influential customers convinced the factory that it needed to be done. The F1 took surprisingly little work to develop into GTR specification, and it debuted at the highest possible level by taking outright victory in the 1995 Le Mans 24 Hours, beating several dedicated prototypes across the line. As an example of how similar the Le Mans cars were to the road cars, several now wear registration plates and are driven as street cars on weekends.

Whilst not wearing a BMW badge, the heart of the F1 is undoubtedly that glorious BMW V12 engine, which is why it makes this list. And a road going homologation special is one thing, but a road going Le Mans winner is another. Enough said.

What do you think? Are there any others that should be on this list? Let us know in the comments below!