The M3 that BMW never made 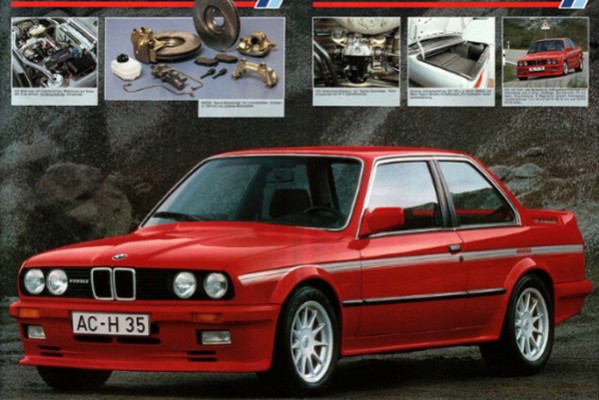 Many a pub conversation has revolved around the suggestion of cars that were never made but should have been. Every so often, a keen enthusiast might build an interpretation in their back shed. But even rarer is when a legitimate company sinks proper R&D resources into producing something that the big boys never did.

Enter Hartge, and their H35 series of E30 based cars. 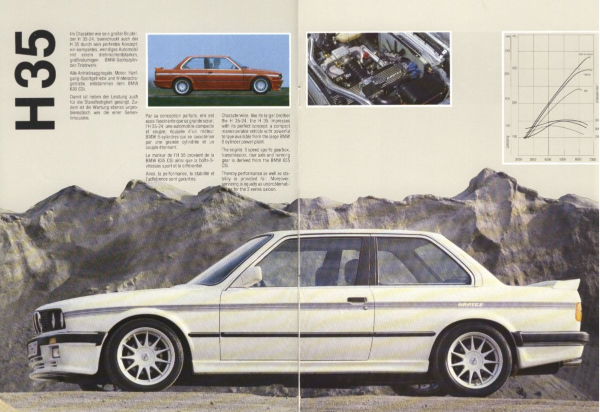 BMW did sell several variants of the E30 series with a six-cylinder engine. However, they almost always withheld the good stuff, and in most of the world you could never get an E30 from BMW with the ‘big block’ M30 as fitted to the larger 5 and 6 Series cars.

From 1981, Hartge sought to correct that omission with their H35 model, initially by fitting the M30B34 from the 5 series to the E30 323i. In 1985, they upped the ante and created the H35-24 by fitting the famous M88 24 valve engine from the M635csi. It was a potent weapon; this engine in a very similar state of tune was also fitted to the M1 supercar by BMW Motorsport.

Hartge didn’t simply fit the bigger engine and leave it at that; they comprehensively reengineered the car, which partly explained why their creations cost more than double the price of the E30 that they were based on. They were so comprehensively reengineered that in 1985 Hartge were granted manufacturer status from the German TUV. This means that their cars ceased being modified BMW’s, and became full-house Hartge’s, with a Hartge Motorsport VIN plate fitted in place of the original BMW one. 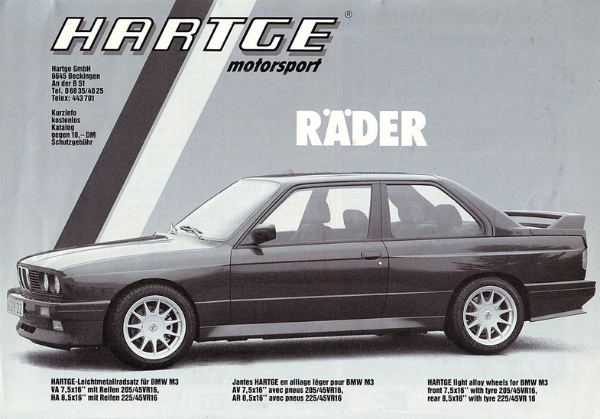 Their crowning achievement came in the form of the Hartge H35-24s, which was based on the recently launched E30 M3. In place of the M3’s highly strung S14B23 four cylinder was a Hartge tuned version of the M88 delivering a whopping 330bhp and 366Nm of torque. Completely bereft of BMW badges but looking like an otherwise largely stock E30 M3, it packed quite a punch.

Only six cars were converted by Hartge, due largely to the extreme cost of the finished product. But it was still the M3 that BMW never made, and it surely provided more than a little inspiration for the six cylinder E36 and E46 M3’s that would follow several years later. 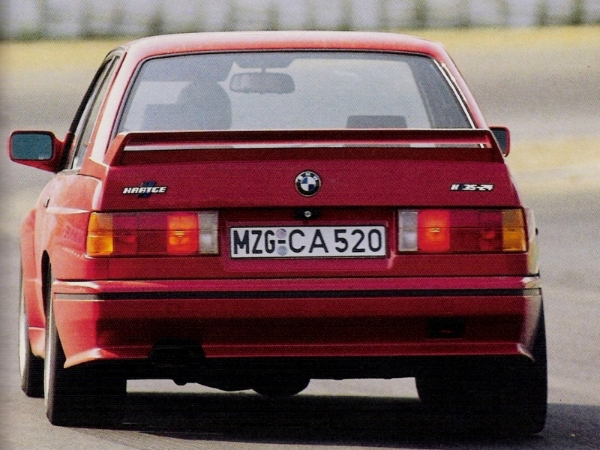