The BMWs that got away 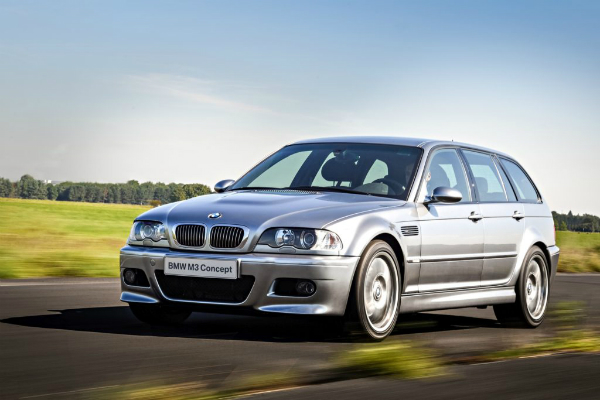 In order to keep abreast with their Teutonic rivals, BMW’s current niche-filling range encompasses everything from a front-wheel drive MPV (2 Series Active Tourer) to a turbocharged, all-wheel drive high-performance sports saloon (the imminent F90 M5). In fact probably the single most notable absence from the Munich manufacture’s current line-up is a dedicated sports coup to rival Porsche’s 911, Audi’s R8 and the Mercedes-AMG GT. However there were a number of other cars that we should have seen but never did. With that in mind, here are three BMWs that would’ve made great niche modern classics, but instead remain what-ifs…

If you haven’t laid eyes on a 1994-2001 generation 7 Series recently then it’s easy to forget just what a supremely elegant large saloon it is. Coming between the preceding E32, the E87 was perhaps the first and only 7 Series that would have really worked in two door form. Certainly it would’ve provided an alluring alternative to Mercedes-Benz’s bluntly executed S-Class-based C140 CL coup …

This one does exist… but as a sole prototype, infuriatingly. A Touring version of the original E30 M3 would have been fun, while not producing a hot wagon as part of the following E36 M3 range from the nineties seems like a definite missed opportunity. The zenith of M3 Touring production surely would’ve been the E46 though. Not the fourth, V8 powered E90 generation, I hear you ask? No, simply because V8 wagons has been done so well by both Mercedes-Benz and Audi. Of course, that would’vebeen special too, but a Touring packing its predecessor’s naturally aspirated 3.2 straight six would’ve been a deliciously unique proposition.

The Z8’s removable hardtop doesn’t count, and besides, it does the roadster no favours when fitted. Just picture in your mind’s eye a Z8 coupe’s side profile that took inspiration from the E-Type FHC’s roofline though.

Are there any other BMWs that should have made production, an i8 M sport? Z4 GTS? Let us know in the comments below!

Like what you’ve read or want to see what the club can offer you?
Join the BMW Car Club Great Britain today by clicking HERE.