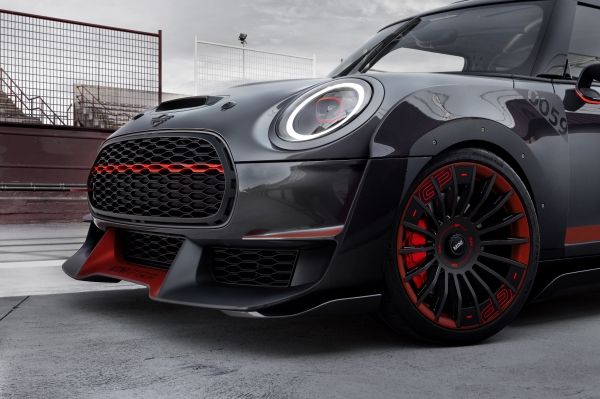 BMW has pulled the covers off the new Mini JCW GP Concept, which will be shown at the upcoming Frankfurt Motor Show. The concept is ‘a genuine foretaste of an extremely dynamic serial production model’.

While Mini does already offer a JCW version of its ever popular hatch, the Challenge, it seems they are ready to go one step further. The JCW GP Concept comes ahead of a confirmed track-focused Mini model, which will likely be a successor to the GP1 and GP2.

The JCW GP Concept ’embodies the ultimate in sporting agility on the race track and the road’ according to BMW, proving the concept is intended not just a track toy, but a ‘fast-road’ car. 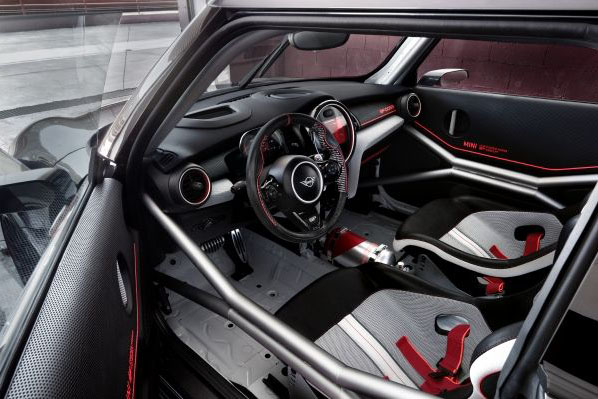 The extremely focused car does away with back seats, harking back to racing cars of the brands storied past. So too, the carpets are removed and an extensive roll cage is present.

Outside of the car is where the real drama is, however. Starting at the front, where a splitter juts far out in front of the car, shoveling air into a gaping grille.

Down the sides the concept is at its most different from a standard car, with large box flares around both the front and rear wheel-arches of the car. These are both punctuated by large air dams, presumably with brake cooling in mind.

At the rear, the rear wheel arches significantly increase the width of the car around the waist, while a large spoiler dramatically increases its height. 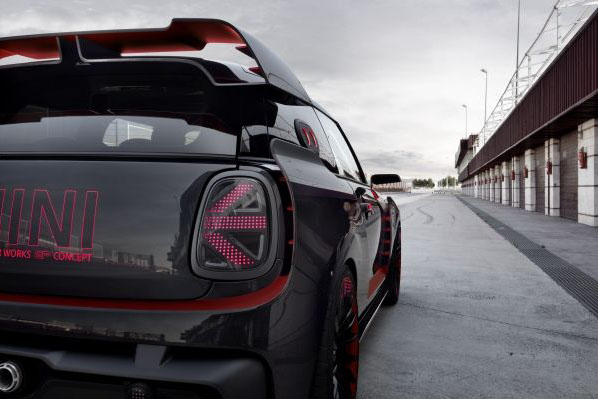 An endearing touch, which could well find it way to the production car, is the union jack rear lights, where red LED strips make out half of the flag on either side.

As with any concept, there’s always that nagging question of ‘great, but how much will make it onto the real car’. As we’ve said, BMW is definitely planning a more track-focused Mini in the near future. While BMW has a good record of turning its concept cars into relatively similar production cars of late, it must be said that the outlandish

While BMW has a good record of turning its concept cars into relatively similar production cars of late, it must be said that the outlandish body-kit of the JCW GP Concept will struggle to make it onto the road. There’s something about that snow-plow of a front splitter which doesn’t look like it will pass pedestrian safety tests to us. 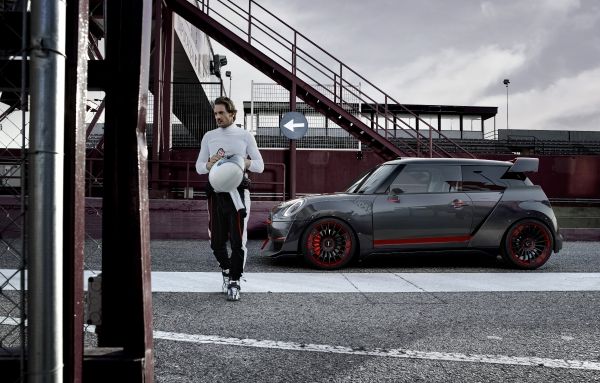 However, the concept does raise the question of just how track-oriented the new car will be. Mini has done the rear seat delete before, with previous GP cars, but has never gone as far as a full roll cage and carpet delete. Whether the new JCW GP will be a straight successor to the old GP2, or something more hardcore is an exciting question!