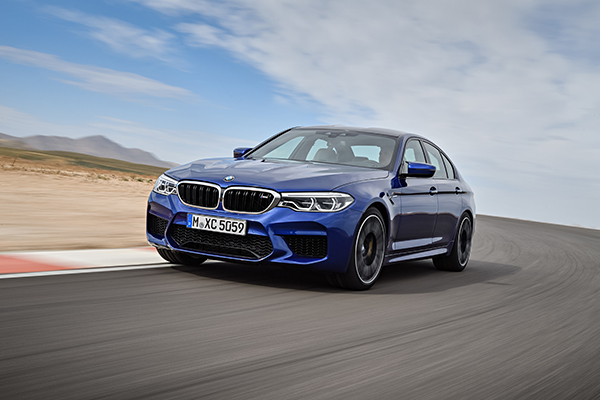 The sixth generation M5 has been released by BMW, giving us full details of the super saloon as it will appear on sale in February 2018.

While the new 5 series – known by its chassis code ‘G30’ by enthusiasts – has been around for nearly a year now, we’ve all been holding our breath for the inevitable arrival of the range-topping M5.

Rumours of a mandatory all-wheel drive system have been confirmed, while it’s a case of continuity in the engine bay, with the return of a 4.4-litre twin turbo V8.

Here, we’ll break down everything you need to know about the new BMW M5 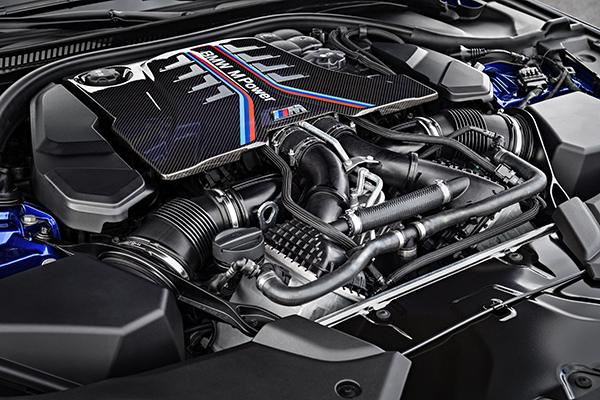 The new M5 will use a twin-turbo 4.4 litre V8, as the outgoing F10 M5 was also powered by. However, BMW has significantly improved the performance of the engine, making a particular point of the torque increases that have been made.

The unit now produces 600hp, an increase of 47hp over the old model and 750Nm of torque. Not only is this a 70Nm increase over the previous model, but BMW promises maximum torque from 1,800 rpm to 5,600 rpm. This should make for an exceptionally punchy and versatile engine.

Much of this performance increase has been achieved with improved turbochargers, which now provide up to 350bar of injection pressure, which can be adjusted with BMW’s familiar drive settings.

Finally, an updated exhaust system not only improves the efficiency of the turbochargers, but also features flaps that allow adjustment of the exhaust volume. 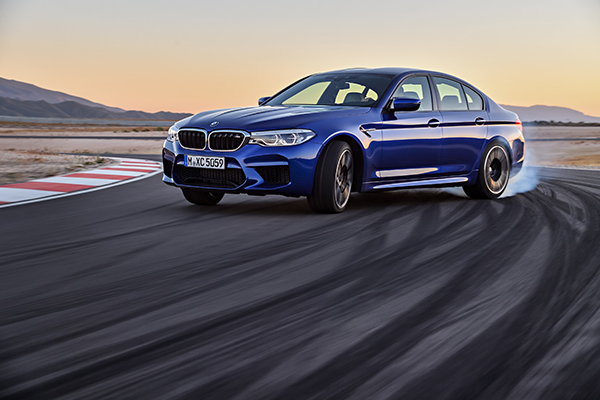 Perhaps the headline specification of this new M5 is the new all-wheel drive system. The subject of much conjecture over the past few years, key BMW personnel repeatedly hinted that the horsepower race across super-saloons made AWD inevitable, which has proven true. This echoes Mercedes-Benz’s decision to switch to AWD with their recently released E63 AMG S.

While this will disappoint many rear-wheel drive purists, they may be consoled by special settings featuring in the new ‘M specific’ M xDrive which provide a track-oriented rear-wheel drive only mode.

Furthermore, the system is set up only to send power to the front wheels once the rear wheels reach their limits, which BMW surely hopes will retain a RWD feel.

All of this power will be fed through an 8-speed Steptronic transmission, featuring a longer geared final drive, allowing for more relaxed cruising. 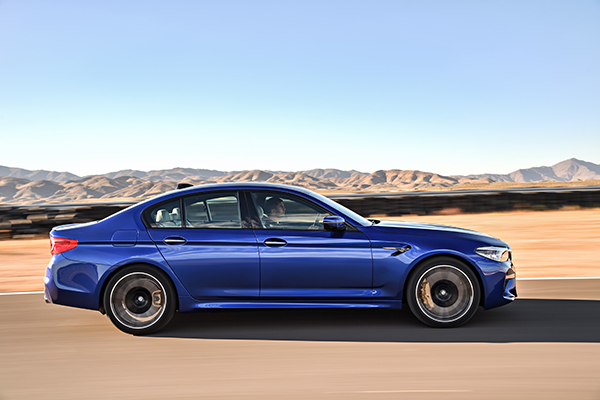 As with previous M5s, much of the car’s suspension is similar to that of the standard 5 series. However, BMW has revised the setup with harder bushes and stiffer anti-roll bars. Furthermore, the body has been significantly stiffened to cope with the increased stresses of the engine.

The steering remains an electronically assisted system, which adapts assistance levels in accordance with the driving situation. While BMW promises the system will provide good feedback, we look forward to reviews of the M5 to see if any improvement has been made over the F10 – where the relative lack of steering feel was one of its main criticisms.

The brakes are also upgraded for the M5, but carbon-ceramic brakes remain an optional extra. 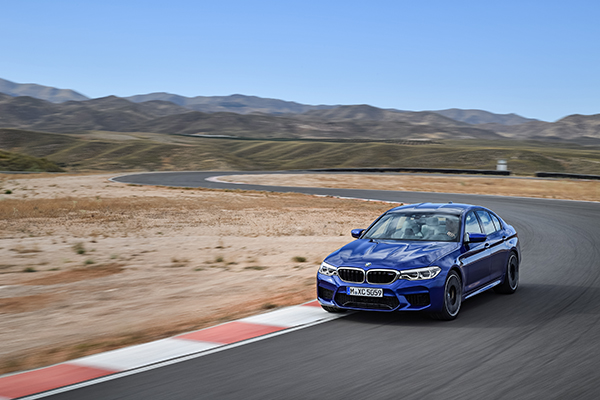 As expected, top speed is limited 155mph, but the car’s 0-62mph time of 3.4 seconds is a significant improvement over the outgoing model, bringing the car close to supercar territory.

The only figure BMW has not yet given is the weight of the new M5. The new car’s predecessor, the F10, was frequently criticised for its weight, being significantly heavier than the models it succeeded. BMW has made weight saving measures with the new G30 M5, such as an aluminium bonnet and carbon fibre reinforced roof, but the company’s lack of transparency on the issue so far is worrying. 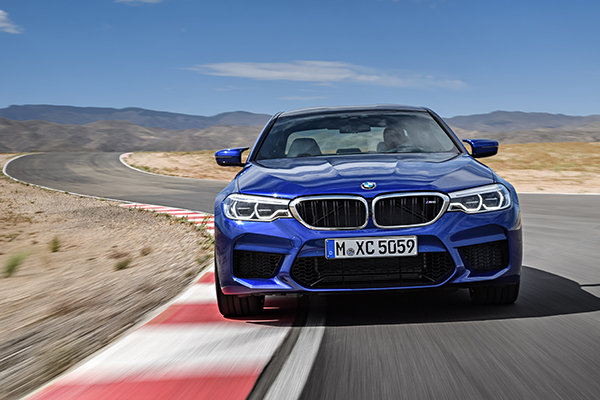 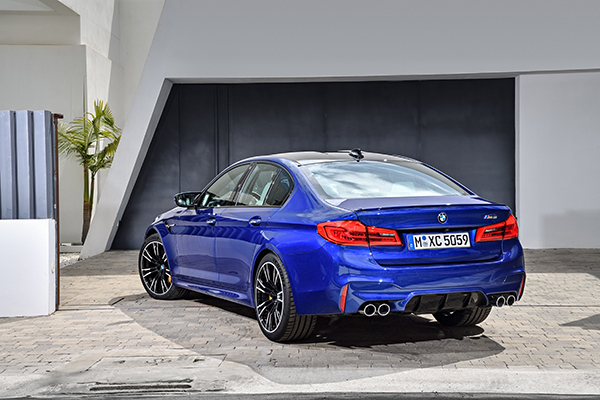 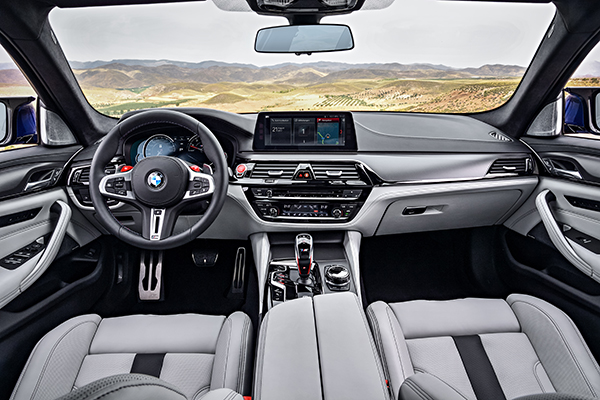 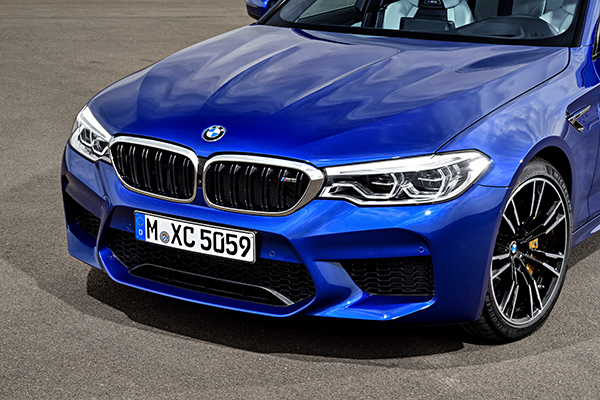