All we know so far: The new 8 Series 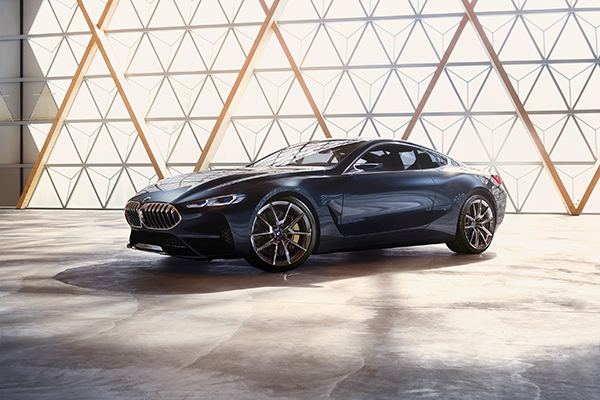 You can’t have missed it, after years of rumours and spy shots BMW have finally unveiled the ‘Concept 8’ – confirming the 8 Series will soon be back.

Up until this point, it was assumed but unconfirmed that a new 8 Series was indeed on the way, with camouflage making it unclear as to whether prototypes were just a new 6 Series under development, or a new 8 Series.

The original ‘E31’ 8 Series was once BMW’s range topping product and has remained close to BMW fans hearts ever since it was released in 1989. It was discontinued in 1999 after which the development of a new 8 Series was decided against in favour of the E63 6 Series.

BMW unveiled the Concept 8 officially – pictures leaked a day and half beforehand – at the Concorso d’Eleganza Villa d’Este last weekend. The Lake Como villa is a favourite event of BMW’s, having revealed numerous concept cars there in previous years, including the 2002 Hommage.

The Concept 8 should be very similar to the final production model, which is due to be revealed in September, with the first cars reaching their owners in mid-2018.

Despite the fact the 8 Series is largely based on the 7 Series, the Concept 8 is far more than just a two-door 7 Series. The concept is said to herald the future of BMW’s design language with its fewer, more ‘deliberate’ lines

The long bonnet and gently sloping rear are intended to convey a luxurious, sporting and emotional character – the proportions of which are unlikely to change in production models. The 21-inch alloy wheels, however, might do.

Obviously the 8 Series should also be significantly dynamically different to the 7 Series, although we would expect the range to mirror the saloon at least at the lower levels. As with most BMWs, four wheel drive will be optional.

At the higher reaches of the range however, the 8 Series will significantly diverge from the 7 Series. BMW have always said they will not make an M7, as it doesn’t suit the character of the car – we kind of get their point, being a large luxury saloon and all.

The 8 Series however, is exempt from this restriction in BMW eyes. This means that for the first time in history, BMW has confirmed an M8 is in the works.

BMW never gave the E31 the M treatment (or at least, not beyond one prototype), making the announcement something of a surprise.

Expect the M8 to feature a more powerful engine than the standard 8 Series range, paired with sports-oriented driving dynamics.

BMW have also confirmed plans to develop a racing version of the M8, the M8 GTE. This car will spearhead the return of BMW to Le Mans.

No pictures have been released yet, but we won’t have to wait too long, with the car’s race debut planned for the Daytona 24 hours in January 2018.