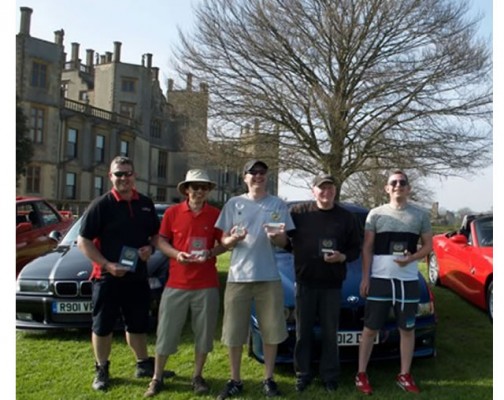 I arrived at Sherborne around 4:15pm Saturday, had a pot of tea and drove straight up to the castle, where I was admitted when I introduced myself. As I drove down the drive, I was delighted at the splendid venue, with the old house / castle reflected in the still waters of the lake on a beautiful sunny evening.

Nothing on site, but Nigel’s car and van were there. A text from him revealed that he had gone to the pictures with his wife and children, so I left him alone and went for tea.

Next morning I was up with the lark, and joined Nigel on site, much to his surprise, about 6:15 a.m. We began to set up banners and cones and a round gazebo on the lawn and soon were joined by other helpers and the club caravan, towed by an X5. Around 8:10, when a trickle of club members had arrived, I returned to my hotel to have a hearty breakfast and checkout.

On my return, the lawn filled up quickly with a well organised team lining up cars and Concours entries, alongside the children’s’ slides, bouncy Castle, Hog Roast, Waffle stand, Coffee shop and later an Ice Cream van. I began to wonder if this was a Regional event or a National one!

I was well occupied answering questions from members and enrolling a few new ones most of the day, but did have time to walk around and take a photo or two.

I also met a lot of old Southern friends who I had not seen for many years. This was a very friendly venue and everyone was enjoying it very much indeed. Sometime later, Jamal Blanc,the Club’s Vice Chairman, arrived with his family, and he was just as surprised as I was as the number of cars rapidly reached 150 or so.

A great event, so I will say no more, but just add my congratulations to Nigel and his team for one of the best club events I have ever attended. I am sure it will grow in stature with such an enthusiastic leader, hopefully helped with some more cash injection from head office in future. I will be recommending that it does.

Now for the images. 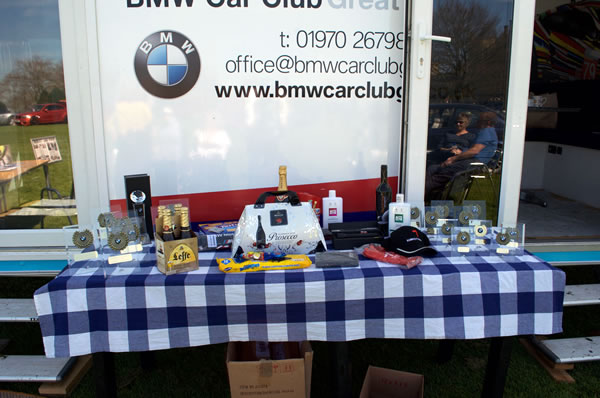 Prizes for Raffle and Concours 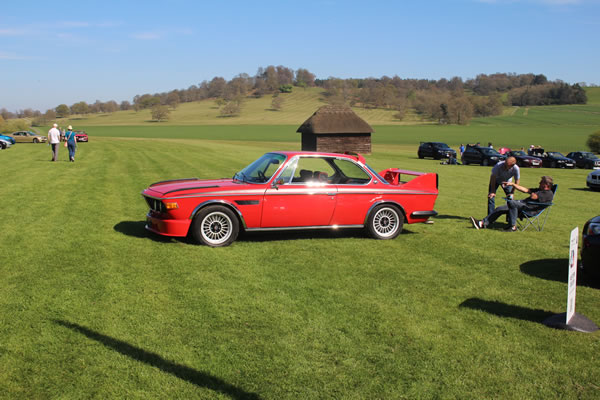 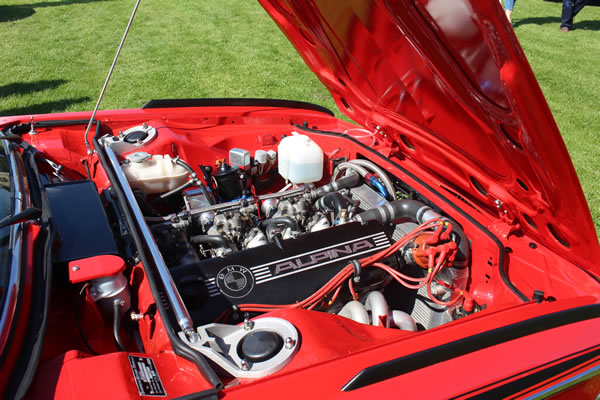 Even classier in here. 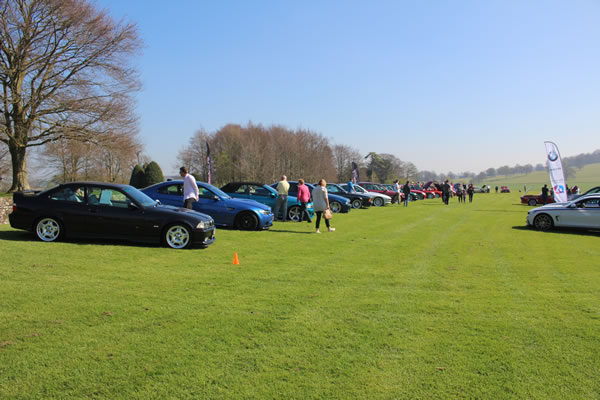 Concours Cars stretch into the distance 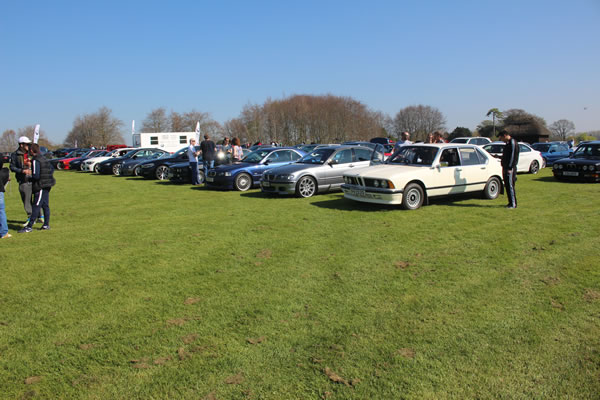 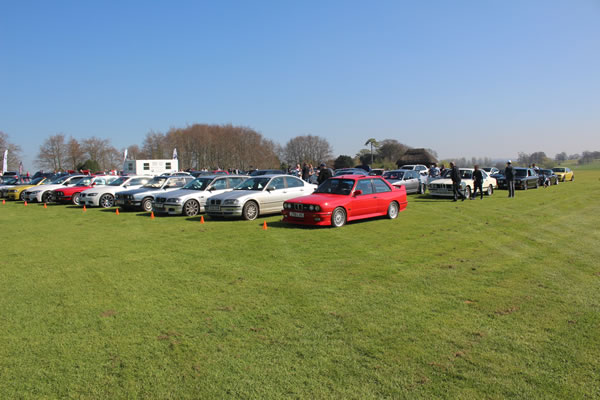 And yet more cars 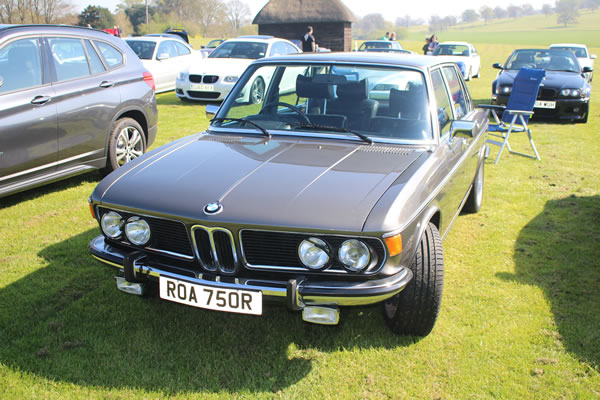 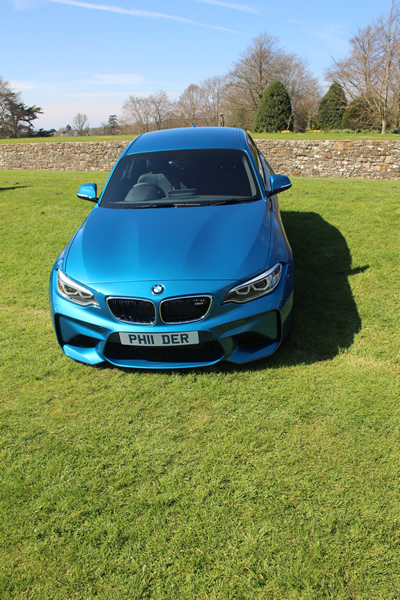 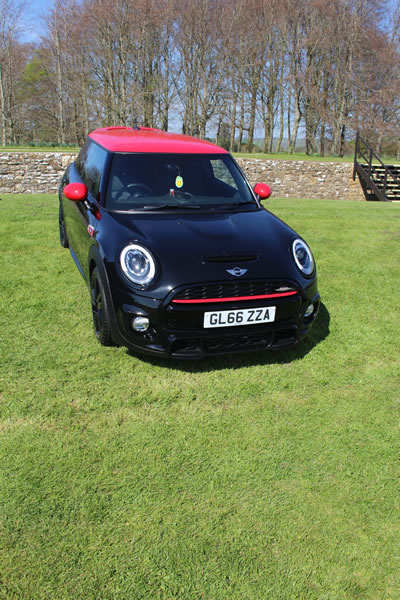 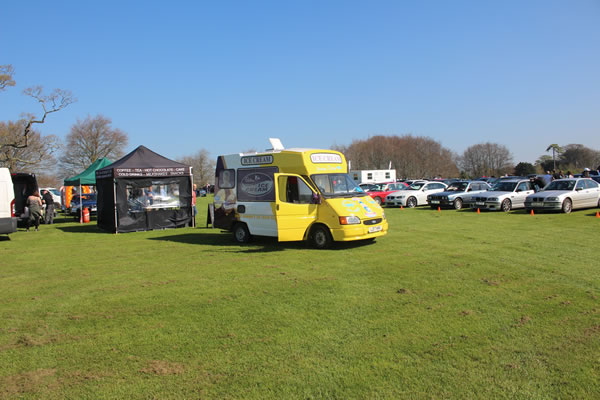 More cars in front of the Castle 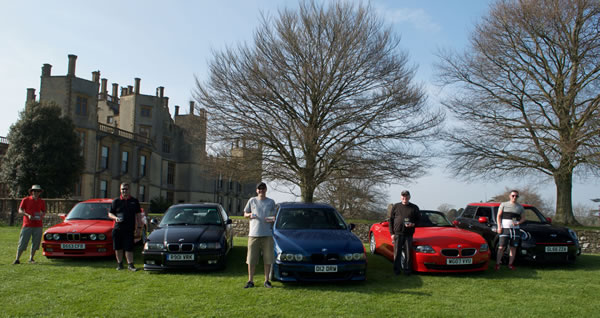 Winners with their cars 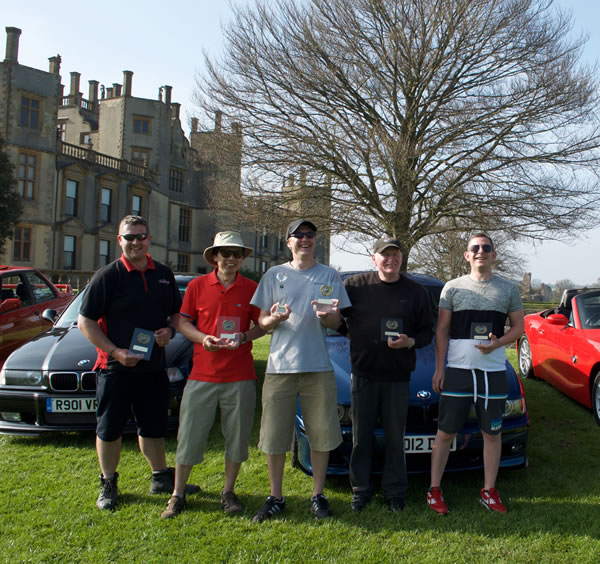 Happy Guys – Nigel on the left. See the magazine article later to find out who all the other gents are.