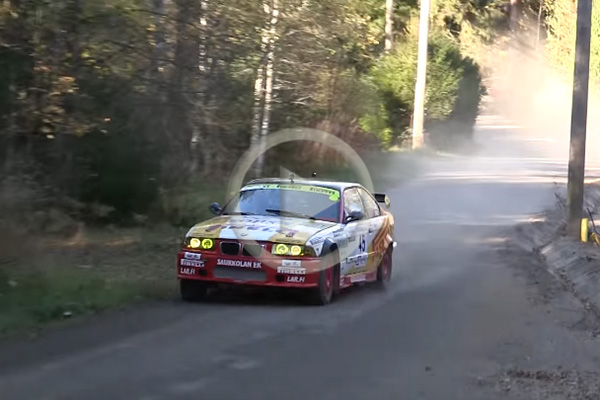 When people think of great engine noises, it tends to be burbling V8s and roaring V12s that come to mind. No one told this E36 Rally Car though.

As a club of BMW enthusiasts, we might be a bit biased when it comes to straight six engines. BMW has been one of a dwindling amount of torch bearers for this configuration, to the point where our club magazine is called just that; Straight Six.

But while no-one can deny us that the straight six is one of the most naturally balanced configurations around, allowing for supremely smooth power delivery, there not often thought of as acoustic greats.

Indeed even among six-cylinder cars, the legendary ‘Busso’ Alfa V6 tends to be on most petrolhead’s minds when it comes to sonorous sixes.

This rally-prepped E36 though, isn’t having any of it.

It’s not got quite the high-rpm wail of a V12, nor the characterful rumble of a cross-plane V8. This I6 just screams to the high heavens with induction roar.

And while it’s the noise of the car that caught our attention, it should be pointed out just how fast this E36 is tackling this dirt track. The driver clearly seems a proponent of Colin McRae’s maxim ‘when in doubt, flat out’.