Watch this modified M2 tear up a Swiss rally stage 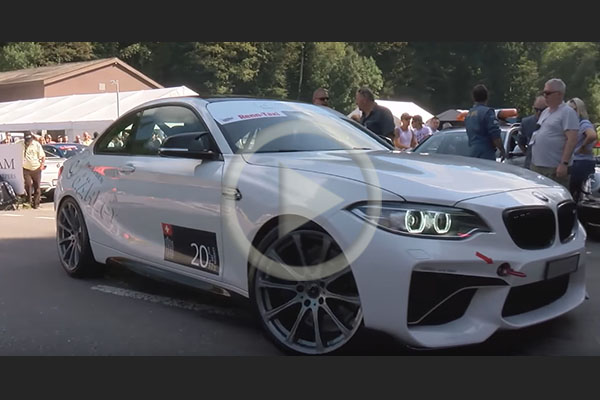 The M2 has been one of the unabashed successes of this generation of BMWs, with its nimble handling and thrilling performance almost universally impressing. It’s a perfect choice for racing up a Swiss rally stage then.

This isn’t a normal F87 2 Series however (although that’s perfectly worthy of a hillclimb as it is), with this 2 Series having received an engine swap and numerous modifications from Swiss tuning house Dhler.

At present, Dhler has the little M2 fitted with the S55 straight six from a BMW M4, which has been modified to produce 540bhp and a colossal 730Nm of torque.

BMW fans will note this is the rumoured combination of the upcoming M2 CS, although the S55 engine in that car is likely to be detuned rather than made more powerful than the M4.

Nonetheless, its fascinating to see that the engine swap is both so feasible and so capable, the M2 making short work of the Gurnigel Hillclimb.

Don’t take our word for it though, take a look for yourself: