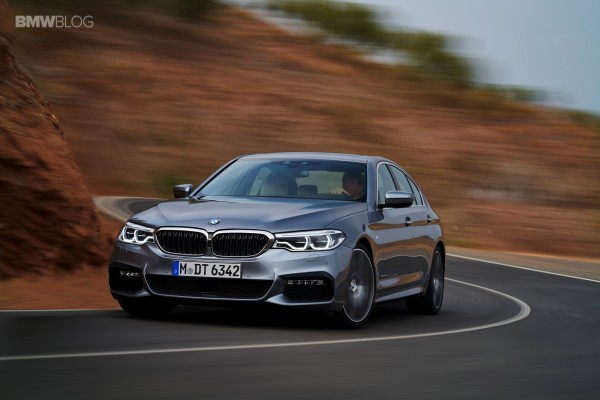 Just as we were going to press for the November issue of Straight Six, BMW announced the worldwide premier of the all new G30 5 Series. As one of the nameplates that helped shape the automotive landscape into what we now know today, along with its 3 and 7 Series brothers, the BMW 5 Series is not only one of BMW’s most important models, but one of the industry’s most important, as well.

Codenamed G30, this new BMW 5 Series is built using the same scalable architecture (CLAR in BMW speak) as the new G11 7 Series. This new chassis provides the new 5 Series with BMW’s new Efficient-Lightweight designs. This means an extensive use of aluminium and high-strength steel in both the chassis and body of the new 5er. All of this adds up to a not-insignificant 100 kilograms (220 lbs) drop in weight. F10 5 Series owners will appreciate that weight loss, as its weight was its most maligned attribute. Torsional rigidity is also up significantly and the centre of gravity has been lowered. That, along with BMW’s trademark near 50/50 weight distribution, makes this new seventh-gen 5 Series the most dynamic yet. 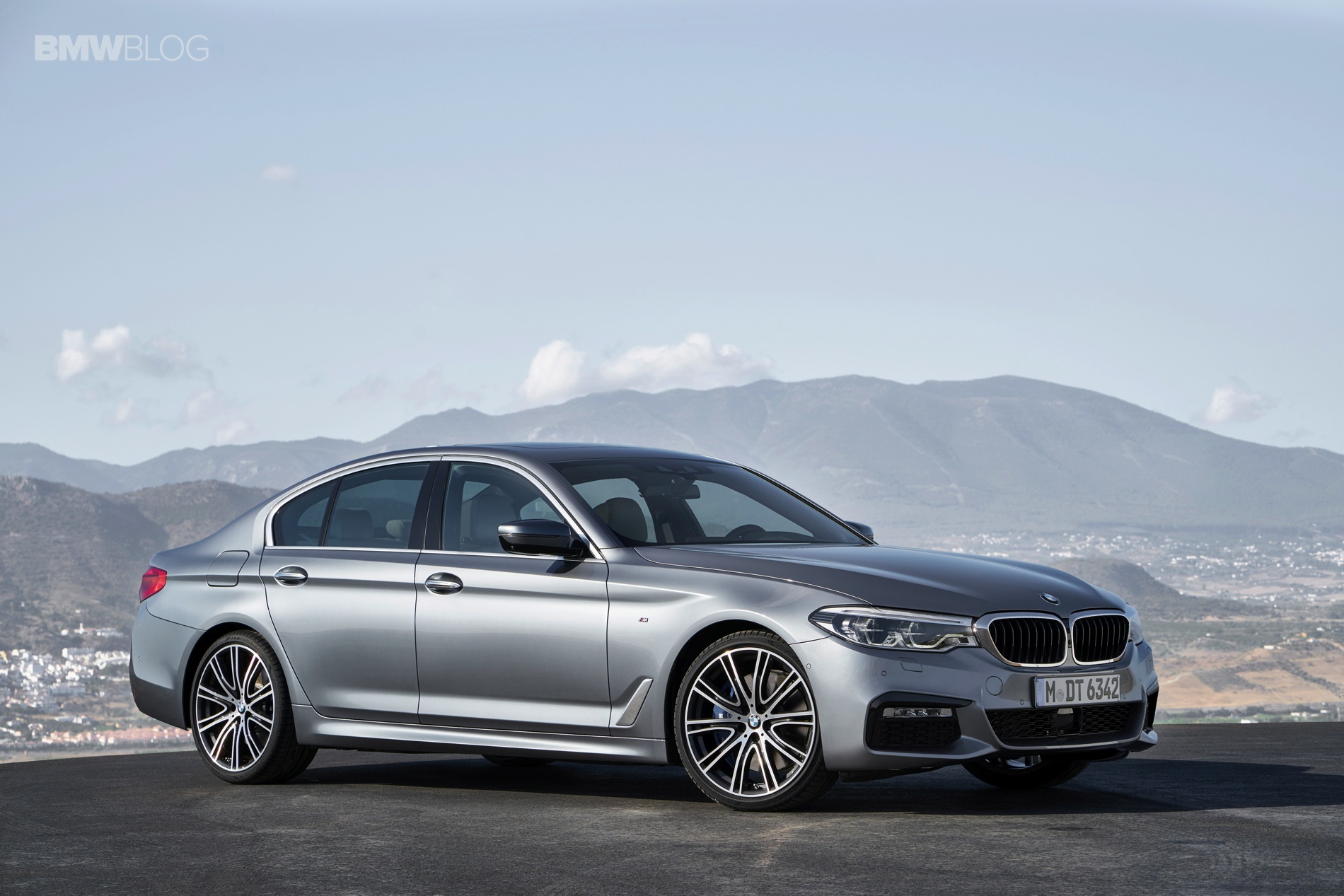 The design of the new BMW 5 Series isn’t a massive departure from the previous generation. It’s far more evolutionary than revolutionary. However, underneath the skin, the new 5er couldn’t be more different. All of the aforementioned chassis changes, as well as new optional Integral Active Steering (rear-wheel steering), advanced driver assistance systems and a suite of new engines make this new 5 Series the most advanced yet, as well.

The new 5 Series will launch with four model variants when it goes on sale in February 2017 -520d, 530d, 530i and 540i – see table below. Some of these models will be available with xDrive. Soon after launch, BMW will launch three additional models: an EfficientDynamics 520d, a 530e iPerformance plug-in hybrid variant and an M550i xDrive, taking over the 5 Series’ flagship position until the M5 arrives. Sporting a revised version of BMW’s 4.4 litre V8, the M550i xDrive will develop 462hp and 479 lb-ft of torque, enabling it to scorch to 60mph in 4.0 seconds flat!!
The new 5 Series is 36mm longer, 6mm wider and 2mm taller than the outgoing F10-5er. But while it’s physically bigger than the outgoing model, it looks and seems leaner, tighter and more muscular. The front end now features headlights that connect with the now much wider kidney grilles. The headlights are now all LED as standard and are an evolution of the classic twin-circle BMW headlight. The new front end looks very attractive and stylish, being a significant improvement over the F10-generation 5 Series. The nose is leaner and lower, giving off a much more aggressive vibe. This could be the best looking BMW 5 Series face since the E39.

In profile, the new 5 Series looks its best. It’s far more muscular and athletic looking than before. The depth and definition of the swage line gives the G30 a look of its sheet-metal being pulled tightly around its body, making it very athletic looking. The best part is where the swage line meets the front wheel arches. The front arch flares out where they meet and it gives off a very muscular look for a 5 Series. It’s vaguely reminiscent of the BMW M2’s front wheel arch/swage line, and that’s a very good thing.

At the rear, the wide, ‘L-shaped’ tail-lights reach all the way to the outer sides of the car, increasing visual width. Plus, the low-slung rear boot-lid gives it a lower look and feel. The exhaust pipes are now (thankfully) symmetrically placed on either side of the rear on all models, the only difference being in exhaust tailpipe shape and them being either twin or quad pipes, depending on model. 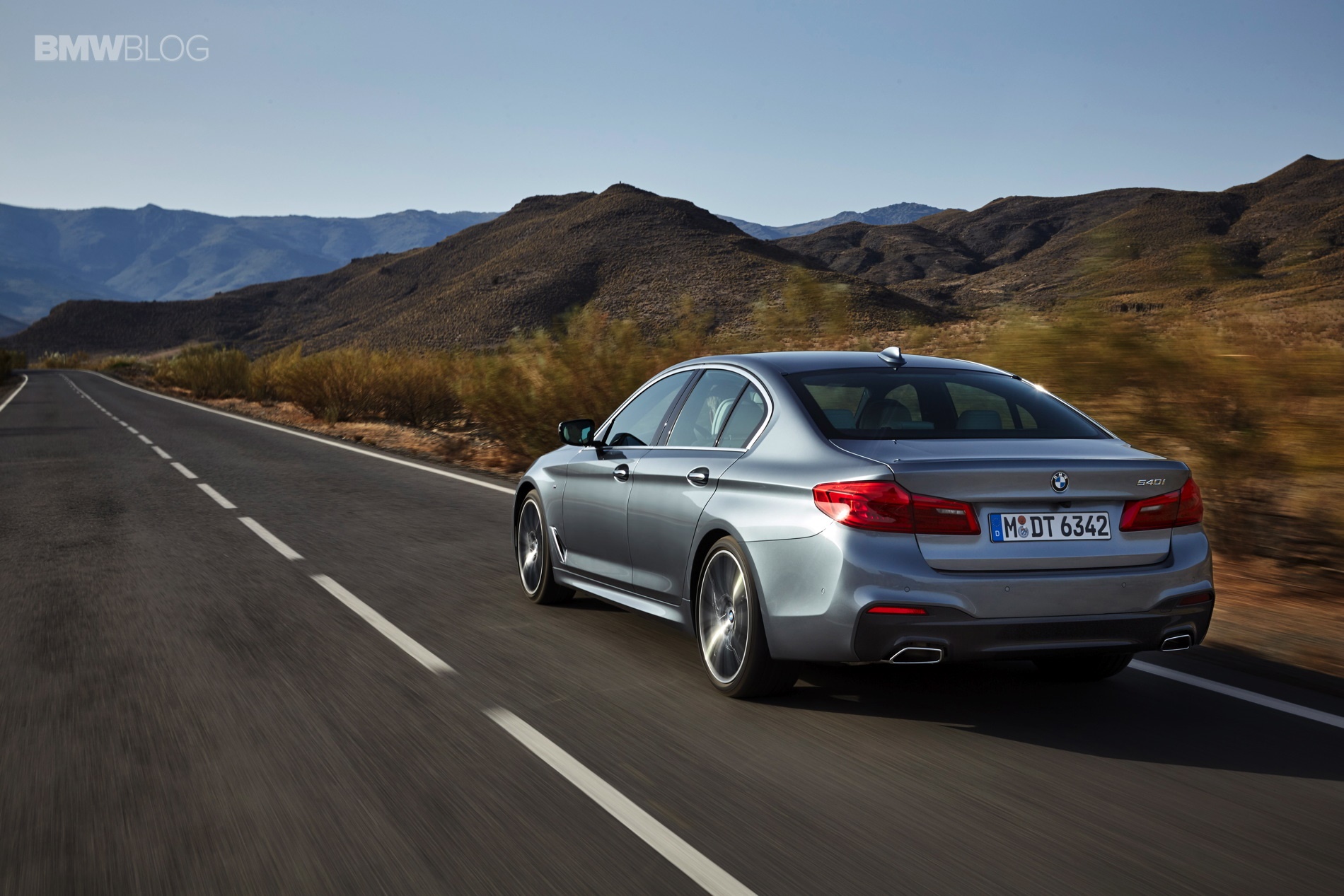 There will be two ‘Line’ packages available, Sport and Luxury, plus an M-Sport package will also be available.

Interior-wise, BMW wanted the new 5 Series to be the perfect blend between luxury, technology and sportiness. The overall interior design was clearly taken from the big brother 7 Series, which is a very good thing. The G30 is a tour de force technology-wise, with far too many options to list here. 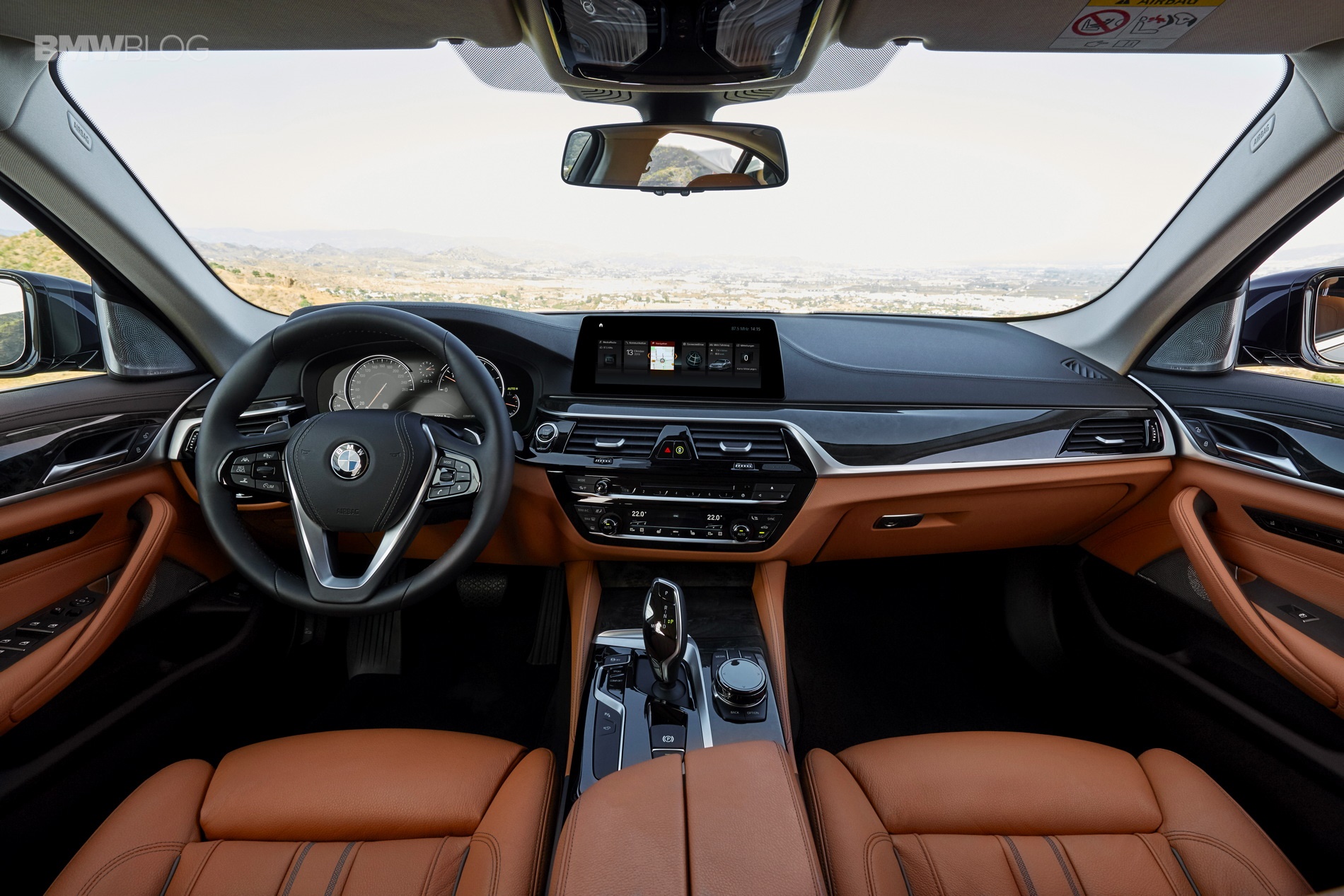 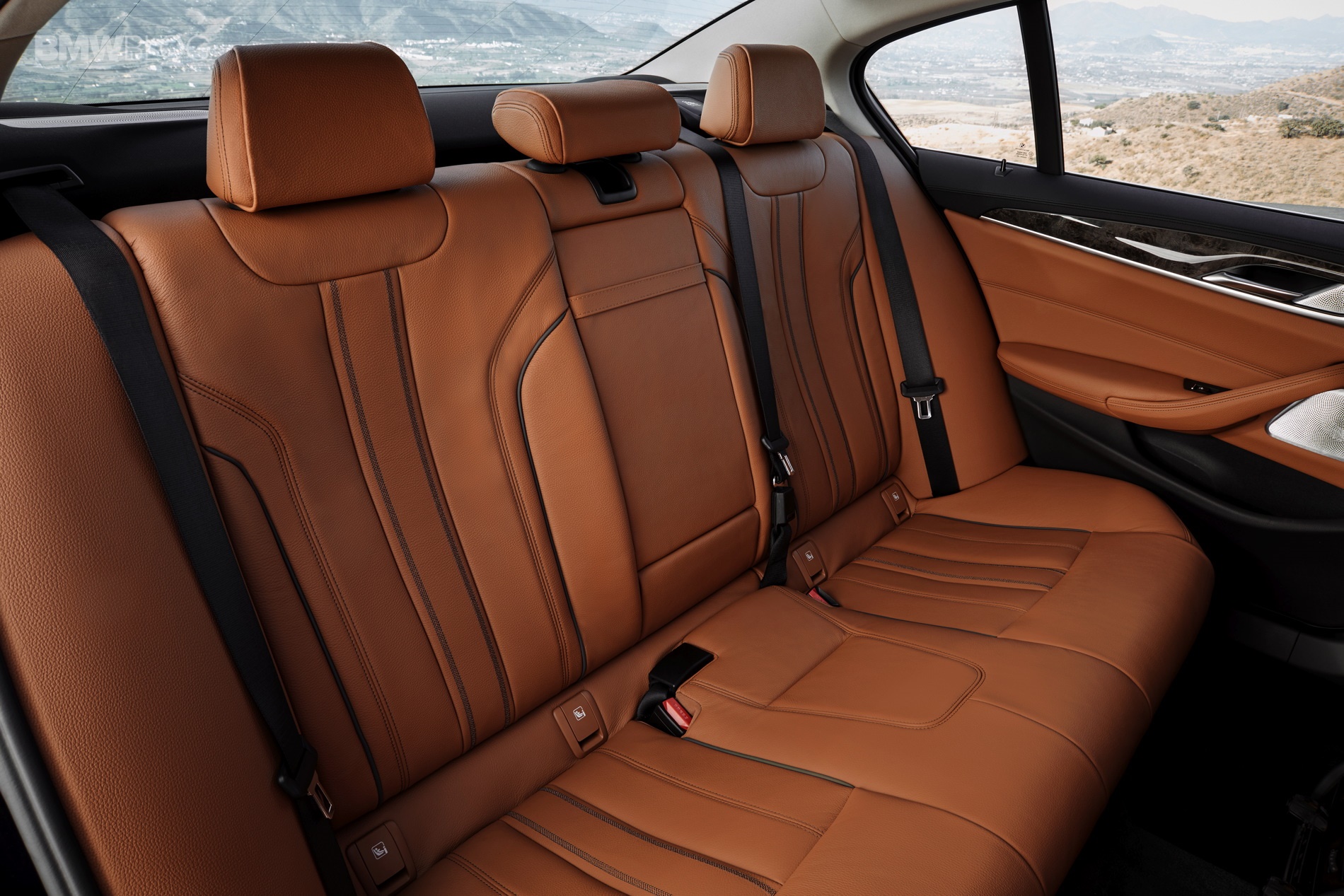 Overall, the new BMW 5 Series is a big success. It looks better than the outgoing model both outside and on the inside. It’s a marked improvement in every aspect: design, luxury, technology and performance. The G30 5 Series is a big leap forward for the model, even if its design isn’t such a huge leap forward – it didn’t need to be, as the new F10 5er still looks fresh. Don’t judge a book by its cover. 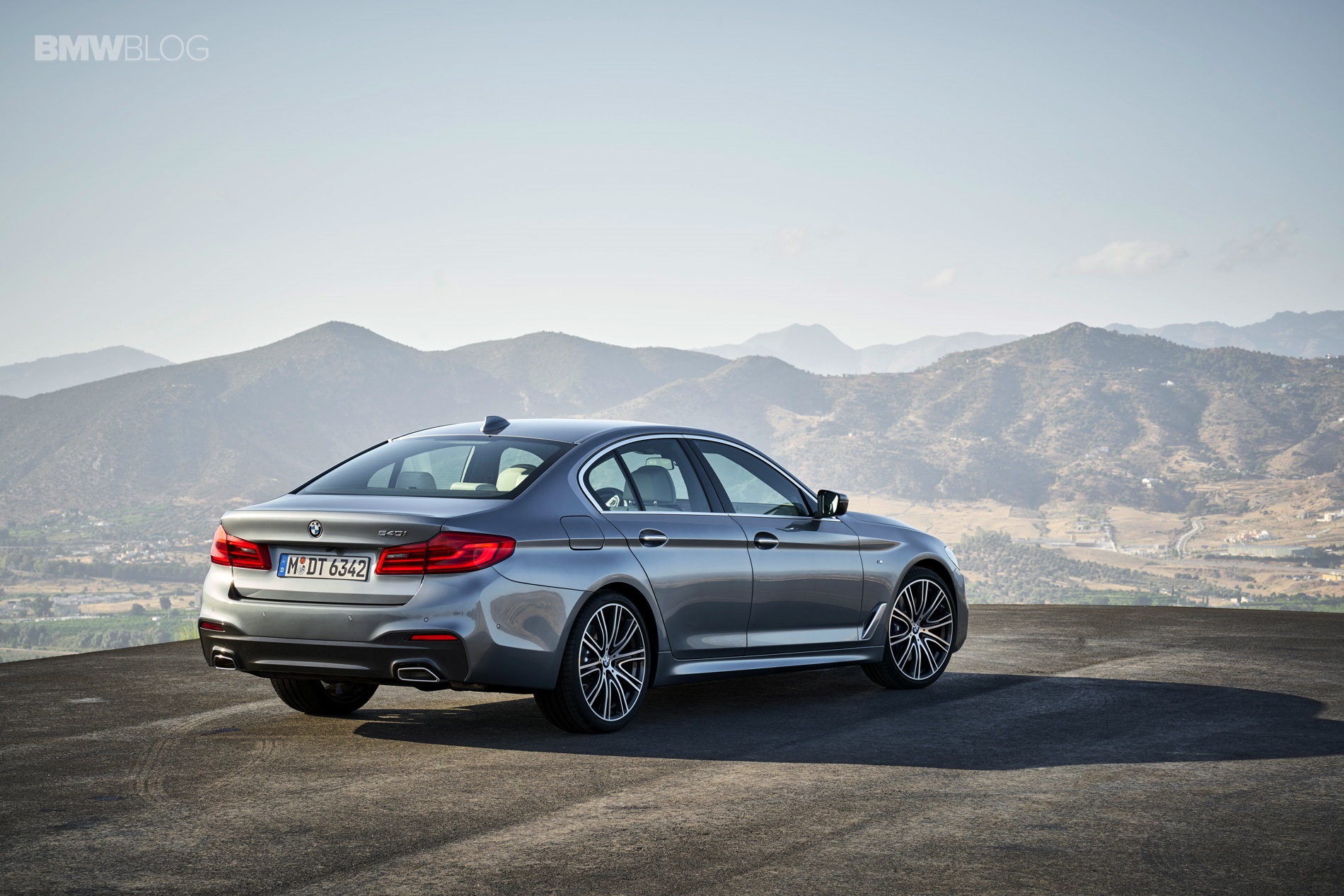