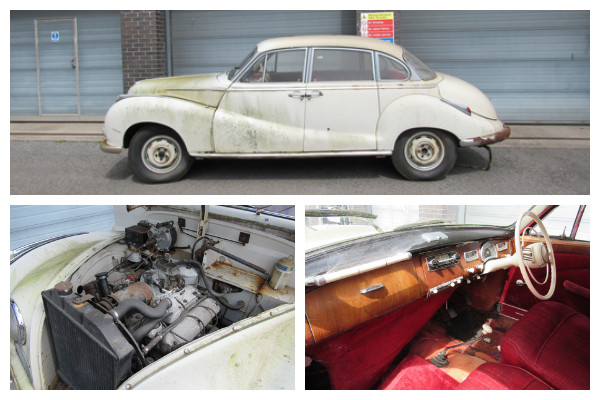 BMW’s ‘Baroque Angels’ of the 1950s were rare cars by any means, but due to their limited impact outside Germany, RHD models are almost unheard of – and one just sold at Silverstone.

A development of the 501, the 502 improved on its predecessor with a 3.2 litre V8 engine, which could better cope with the grand bodyshell of the big bimmer This made the 502 the first post-war German V8 car (nothing signals a return to prosperity better than a V8) as well as one of the most expensive cars on sale.

This price tag that explains why BMW struggled to sell either the 501 or 502 in great quantities, with the 502s total run coming in at just shy of 4,000 units. It was this lack of success that almost bankrupted BMW, leading to much cheaper offerings like the ‘Isetta’, the 600 and the 700.

Having no shortage of luxury saloons being made in Britain, with Jaguar offering a direct – and cheaper – rival to BMW’s 502, there was little appetite for the teutonic 502 in Britain, or indeed any other RHD territories, so only 12 were ever made.

With just 12 produced, its highly doubtful BMW ever made back the development cost of their 502 RHD conversion, and makes this car that sold at Silverstone one of the most exclusive classics going.

What makes the car even more interesting, is that it was restored by a BMW main dealer themselves, in Munich. Subject to a full restoration in the late ’70s, the 502 went on to win a string of Concours events in Germany throughout the ’80s, before eventually being parked up in a garage in 1991.

The 502 has not moved since then, with a mileage of 86,082 miles exactly 14 miles ahead of its last MOT, in 1991. So while the 502 does require a full restoration, once again, to reach its full glory, the new owner should have a fairly simple job ahead of him in as much as the car is guaranteed to be complete. 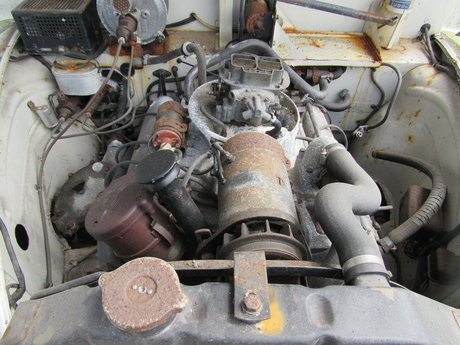 While its a shame the 502 was left to degrade for such a long time, beneath the spoiled paint and rusted bumpers, the body of the 502 actually looks to be in serviceable condition – a god send for such a rare car.

The car eventually sold under the hammer for 10,130, a price clearly reflecting the car’s condition and time off the road. However, once returned to its former glory, this 502 will be sure to look the proverbial ‘million dollars’.

An astonishingly rare BMW, we can’t wait to see what the new owner does with this ‘baroque angel’

See what BMW 502s are fetching at multiple auctions here.