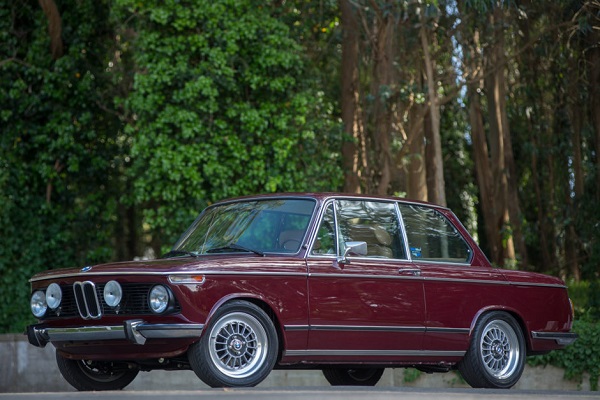 BMW might be celebrating its centenary, but the 02 also turns 50 this year and interest in the model clearly seems greater than ever as this 1974 2002Tii fetches $71,000.

Up for sale on American online auction site, bringatrailer.com this Tii astonished many by fetching such a high price. With $71,000 coming in at roughly 50,000, its certainly a higher price than most 2002s go for, even Tiis.

So is there something particularly remarkable about this 02? Not especially. It’s just a very well sorted, restored and uprgraded example.

The car was restored comprehensively in 2003 by two garages on either side of the United States, with bills totalling $60,000. The car has since been de-federalised, with european spec bumpers and turn signals fitted, increasing the visual appeal of the car.

Furthemore, the car has received the desirable 5 speed conversion and a vintage set of Hardy & Beck alloy wheels.

In a possible attempt to tame the 02’s occasionally tail-happy handling, the car has also recieved an upgrading suspension set-up. Uprated front and rear sway bars will keep the car flatter under cornering while front and rear strut braces will further stiffen the chassis.

The body remains in good condition from its restoration and the interior was restored from 2010 to 2013. The inside is therfore in near immaculate condition, with just one mark on the single-piece dash panel.

Overall the car is in very good condition, with an exceptionally clean underside, boot and engine bay to complement the rest of the car.

With Tiis on the market for far less, such as this 1975 model at 12,500, this sale would suggest 02 prices could be set for a sharp increase, with such obvious demand for the best cars.