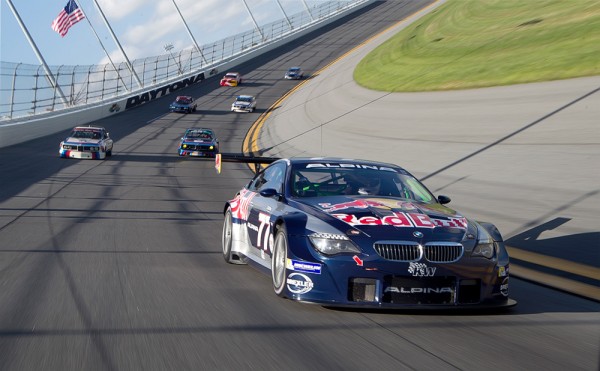 Quester & Bovensiepen finish third in Daytona 24H Classic raceFollowing a (very persuasive) suggestion from Dieter Quester to Alpina owners Burkhard and Andy Bovensiepen that it would be a fitting finale to enter the BMW-Alpina E63 B6 GT3 in the Daytona 24H Classic race, entries were completed, tickets booked and a frantic rush to get everything prepped and ready to race ensued. This meant Alpina would be racing for the first time at the famous Daytona Speedway in the 24H Daytona Classic event.

In an amazing practice and qualifying session, Andy Bovensiepen managed to qualify the BMW-Alpina B6 GT3 second in the GT3 class behind an Audi R8. Overall, he amazingly qualified ninth, right in the mix with the ‘Le Mans-type’ LMP1 sport prototypes of Audi, Pescarolo, Oreca and Saleen!

For hours on end, the race for GT3 class honours was being fought closely by the Red Bull BMW-Alpina B6 and the Mike Skeen / David Roberts Audi R8. Initially, the Audi held the lead, but as the race progressed the B6 got quicker and quicker, closing in rapidly up to the R8’s rear. Then in the last half hour of the race, the Audi had an unplanned stop to fix a loose front splitter, resulting in Quester / Bovensiepen taking the lead in the GT-class. Unfortunately, that wasn’t meant to last long; with an amazing class win in sight, Quester tried to lap two slower Porsches; both 911s collided and entered into a spin. Quester (who himself had won the European Touring Car Championship in 1977 in a BMW-Alpina CSL) tried to avoid a collision, yet one of the two 911s hit the front right wheel of the B6, ripping off the track control arm mount. The following 10-minute repair set the Red Bull B6 GT3 back to a third position finish in class at race end.

At first, both drivers and the team, who had worked flawlessly for 24 hours, were clearly disappointed to have lost the overall victory in the GT class, so close to the finish. Andreas Bovensiepen comments: “Given this was our first appearance in America, we can be proud – the GT3 was one of the fastest GT cars. On the straight, we achieved a top speed of 188mph in the sport prototypes’ slipstream, a speed never before achieved by the B6 GT3 on any race track. Maybe in next year’s Daytona Classic 24H race, we’ll have the chance to gain overall GT victory with the Red Bull Alpina…” 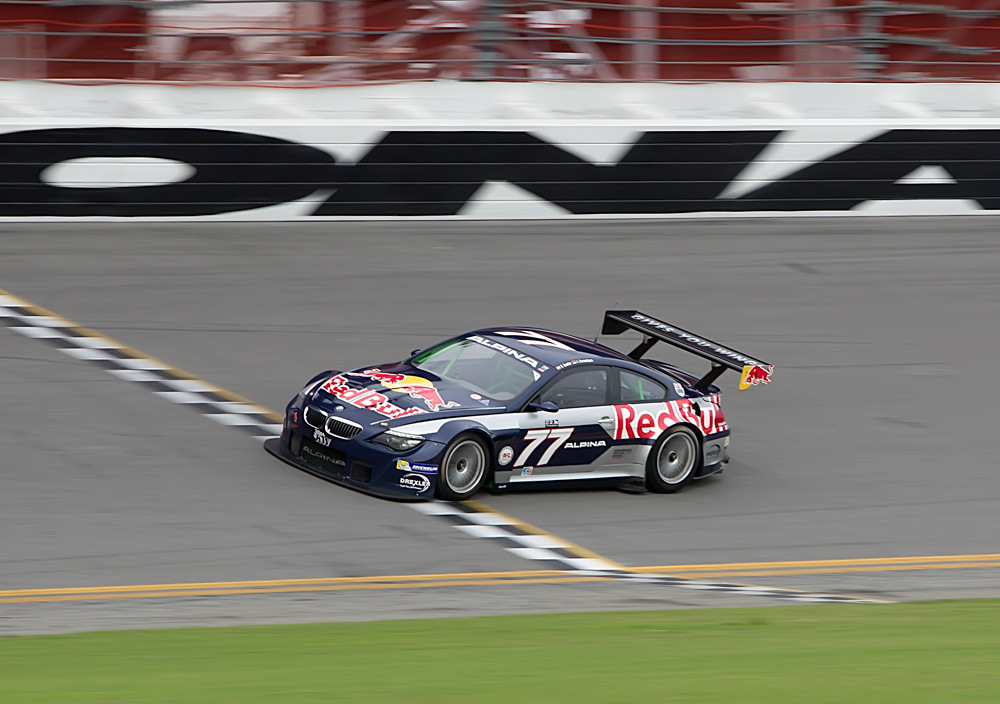