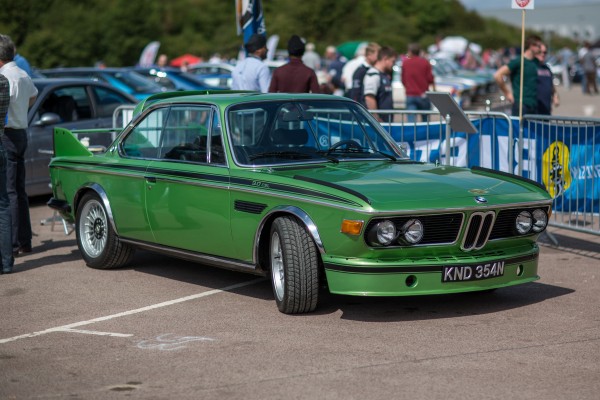 The biggest event in our car club calendar was finally here, the sun was shining and after months of planning, we were looking forward to the day’s events. With a record number of trade stands and several new attractions including the drift track and arena, we were in for another successful National Festival.

With over 700 BMW’s expected to be on display, our members soon started to arrive down the spine road, with the regional and register displays filling up quickly. By 10 am all the cars were parked up, including all the forums, non members and concours entries.

Richard’s arena went down well, with 8 different models on display from the Z1 to the i8. We had a hotspot competition, where if you guessed the total value of the cars on display there were a number of prizes to be won kindly donated by the hotspot sponsor, A-plan.

Another big success at Gaydon was the drifting track which was busy throughout the day, 10 for a passenger ride around the track. This was a great hit with all, it attracted a lot of attention and had people running to join the queue.

The 3 series celebration inside the museum, organized by our 3 series captain Tommy Machin proved very popular as the cars featured in BMW UK’s 3 series advert were on display for all to see.

As always, the Tombola was a huge hit with all. The main prize being the BMW Bike! The main prize obviously impressed as all Tombola tickets sold out by 12:30! A big thank you to Maggie Champ for running the tombola stall.

Our Trade Village was big attraction for all, with over 20 different types of stalls from Footman James offering specialist vehicle insurance to Projex design UK Ltd with their tuning and styling parts.

Thank you to Mike and Kim Colls who ran the Club shop, please keep an eye out on the website for new products arriving soon!

British Radio Controlled Cars joined us again this year, this always proves popular with all, especially the younger attendees. A big Thank You to Alan and his team for their support at several of our national events.

Also, a big welcome to all 30 new members who joined us in the Club Trailer to sign up. All of which stated that they had thoroughly enjoyed their day as part of the BMW Car Club.

We hope to see you all next year!

Check out October issue of Straight six for the full report