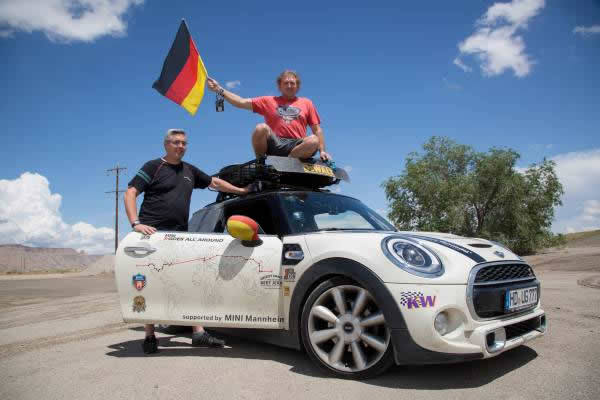 Close to 4,000 MINI Owners and 154 pets participated in a 5,142-mile rally across America’s heartland

Woodcliff Lake, NJ – August 15, 2014…MINI TAKES THE STATES (MTTS) 2014 is now part of MINI folklore and what an epic adventure it was for all the motorers who participated.  The group of MINI owners and MINI USA team members motored into Boston’s Back Bay on Saturday, August 10, after completing the 5,142-mile journey from San Francisco that covered 15 cities and 18 states in 14 days.

In total, MTTS 2014 attracted close to 4,000 MINI owners from around the world, including two men who drove their MINI from Germany as part of a quest to drive around the world. Nothing about MTTS 2014 was small, in fact, more than 400 MINI owners and staff went “all the way” from coast-to-coast.  Others joined in for a just a few days of fun, with each of the day’s events averaging more than 900 participants. 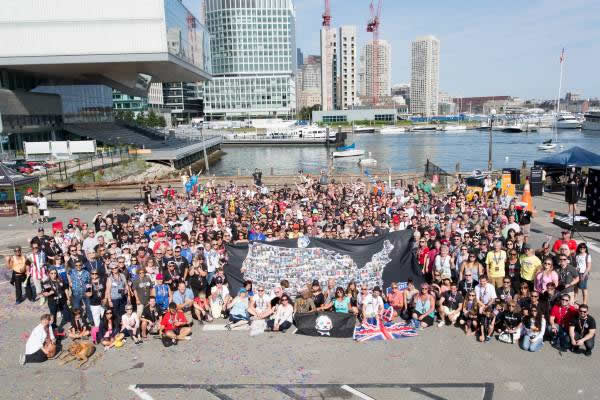 Throughout the 14-day adventure, MINI owners were treated to “surprise & delight” pit stops, as well as “rise & shine” morning events and evening gatherings.  In typical MINI fashion, most of the group took the roads less travelled for the cross-country trek, including America’s Loneliest Highway in Nevada and the Million Dollar Highway in Colorado.  A small group of MINI USA team members and owners even crossed the border into Canada to meet up with MINI Invasion participants rallying in Canada. 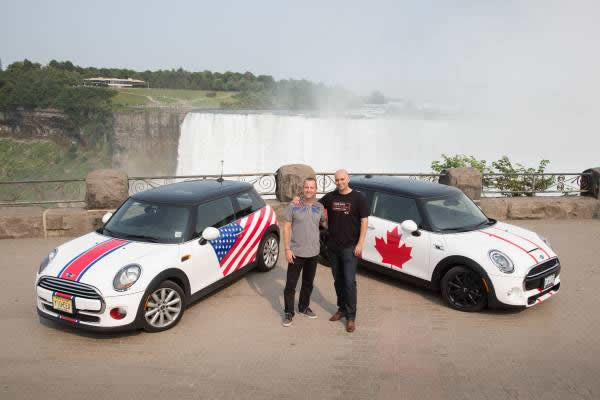 From a high-flying kick-off by Tony Hawk in San Francisco to a Canadian Invasion in Buffalo and a Boston Tea Party in Massachusetts, the road trip allowed for MINI owners to build relationships with their community and almost the entire MINI USA organization.

It wasn’t just the MINI owners who got to hang out with their fellow motorists! This year’s MTTS saw over 154 pet co-pilots on the road. A portion of the event registration fee will be donated to Best Friends Animal Society, the charity partner for this year’s rally.

To read stories from the road or to download photos and videos from the rally visit the official MTTS 2014 Blog on MINIUSANEWS.com under the Events tab.  Other stories, images and media coverage from around the country are viewable on the MTTS Flip board page and the MINI USA Tumblr page.