The BMW 5 Series is an executive car manufactured by German automaker BMW since 1972. The car, now in its seventh generation, is sold in sedan and touring body styles. It is BMW’s third best-selling model after the 3 Series and X3/X4. On January 29, 2008, the 5 millionth 5-Series was manufactured, a 530d Saloon in Carbon Black Metallic. 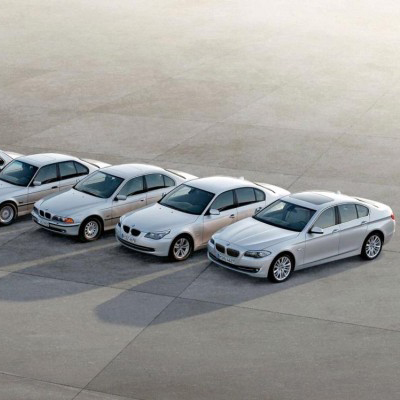 “Bringing that element of luxury to the daily drive with a sporty twist.”
Contact Greg
Visit Forum
E12:

The E12 5 Series was produced from 1972-1981 (produced until 1984 in South Africa). The E12 is the first series to bear the 5 Series name: the ‘5’ denoting BMW’s fifth ‘New Class’ platform. Designed as a replacement for the BMW New Class mid-size sedan, the E12 5 Series models were smaller than the large BMW E3 saloon but larger than the two-door 2002 models.

The first generation’s body was styled by Paul Bracq and Pietro Frua, based on the Bertone 1970 BMW Garmisch 2002ti Geneva show car. The E12 was available only in the saloon body style with a manual transmission. There was an automatic transmission available for US and Japan-only versions. While there was no E12 M5 produced, the E12 M535i is seen as the predecessor to the M5.

The E28 is the second-generation BMW 5 Series, produced from 1981-1988. Styling changes to this model included revised headlights, thicker rubber bumper surrounds and large rectangular taillights. Mechanical changes included the addition of a six-cylinder diesel engine (in both naturally aspirated and turbocharged forms) and an automatic transmission.

The M5 model line began with the E28 M5, which uses the S38 six-cylinder engine. At its launch in 1984, the European specification E28 M5 was the fastest production sedan in the world. Link to the E28 Forum

The E34 is the third-generation 5 Series, produced from 1988-1996. It had a stiffer body and was more streamlined than its predecessor. The E34 was among the most reliable luxury cars on the market, earning the best-in-class ratings from Intellichoice in 1991, and still considered one of the most reliable BMWs ever made. It was also one of the safest cars on the road during its production, providing airbags, 4-wheel anti-lock brakes and a very rigid body structure to protect occupants in the event of an accident. It was also equipped with automatic stability control (ASC) or traction control (ASC+T) in later years on higher-specification variants.

Mechanical changes over its predecessor included the availability of a V8 engine, all-wheel drive and a “Touring” body style. The E34 M5 uses upgraded versions of the S38 six-cylinder engine.

The E39 is the fourth-generation 5 Series, produced from 1995-2004. The design draws heavily from the E38 7 Series in body construction and electronic technology and the wheelbase grew by 68 millimetres (2.7 in) and overall length by 55 millimetres (2.2 in) over the E34.

The E39 BMW 5-series was considered the benchmark of its class and Consumer Reports gave the 2001 530i its highest car rating ever. The E39 M5 uses the S62 V8 engine.

The E60 is the fifth-generation 5 Series, produced from 2003-2010. Its non-traditional styling (designed by late BMW designer Davide Arcangeli) and many of its features received mixed reviews. Despite criticism over its exterior design and interior electronics, this became the best-selling 5 Series.

The E60 represented a significant step forward in technology over the previous generation. The controversial iDrive interface is used to control many aspects of the vehicle. All-wheel drive returned as an option to the 5 Series for the E60. The E60 535i is the first 5 Series to use a turbocharged petrol engine. The E60 M5 uses the S85 V10 engine.

The F10/F11/F07 is the sixth-generation 5 Series, produced from 2010–2017. The platform is based on the F01 7 Series; improvements include a front dual ball joint short-long arm suspension (replacing the MacPherson strut suspensions BMW previously used), and a rear multilink suspension.

The interior marks the return of the centre console being clearly angled towards the driver, another marked change from its immediate predecessor which was noted for its non-traditional BMW design. However, opinion is divided, as a reviewer described the F10 as too bland and conservative, compared to the E60 predecessor, as well as having too much of a resemblance to the E90 3 Series.

The F10 M5 uses the S63 twin-turbocharged V8 engine and is the first M3 or M5 to use forced induction.

The G30/G31 is the seventh-generation 5 Series, produced from 2017–present. The platform utilises the modular CLAR platform that was first introduced in the G11 7 Series. The car also included the new updated iDrive 7 system. An LCI model was introduced in May 2020.

The F90 is the M5 variant of the G30 5 series. This became the first M5 to use the xDrive system taking a step away from the historical rear wheel drive set up. Although it is rear wheel biased and can be set up for all the power to go to the rear if you wish. The first ever M5 CS also appears in this guise with slightly more power than the Competition at 635hp it remains BMW’s fastest ever production model. 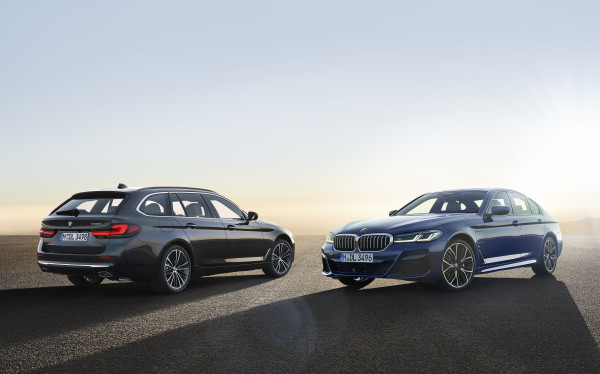 Fact: The 5 series is now BMW’s third best selling model after the 3 series and X3/X4.