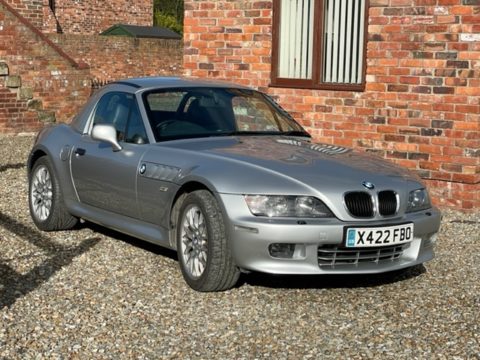 I have owned my car for nearly 3 years having bought it from a BMW owners club member. I assumed that the member was open and honest about the condition of the car. Sadly that was a poor decision. It turned out that the car had issues which had been 'obscured' resulting in the observation from my local BMW specialist that I would have to either scrap it or rebuild it. My fault, my problem to resolve. I chose to rebuild it. First I had the car fully serviced and all the mechanics overhauled. This included replacing much of the suspension and braking systems and removing all the old sealant from the underside of the car and applying new sealant (having removed any and all rust – no welding was required fortunately). I then discovered rust in the sills (standard issue), but also in some neighbouring panels. I also found that some other panels had suffered various degrees of damage which had been poorly repaired (or bodged). So, I sourced and replaced many new and replacement panels including brand new BMW OEM sills (£380 a pair) and treated the car to a full panel-off professional respray (including the hard top). I had the lights and badges replaced at the same time. Finally I had the torn MSport Seats repaired with some new panels, new seat belt guides and recoloured by a local specialist. I have an extensive file of invoices for all the work that was undertaken together with photographs of the rebuild.
The car also benefits from the original tonneau cover, wind break and a full car cover. No expense has been spared on the work and the car now looks and drives superbly.
So why am I selling it? Three years on I am afraid my priorities have markedly changed and I will simply not be able to use the car as much as I was hoping to. I don't want to leave it to sit in my garage (maybe appreciate a little, maybe not), it needs to be driven and enjoyed.
When I insured the car in April this year, Lancaster Insurance offered a policy based on an agreed valuation of £12,500.
Its a wrench but I just want the car to be owned and enjoyed by someone that will appreciate it.

This Ad has been viewed 39 times.